Not a First Impression of Subverse, Which I Definitely Didn't Play

You can't prove I did.

by pocru on Apr 04, 2021 @ 05:25 AM (Staff Bios)
Comment(s)
This website, while not “for” families, strives at all times to be family-friendly. That means no swearing, no gratuitous violence, and of course, we would never indulge in anything remotely pornographic. This isn’t just for that sweet, sweet ad traffic — it’s also because we’re all principled, moralistic, and entirely respectable members of the community. Nothing about that is going to change — not now, not ever.

...that said, I would like to perform a thought experiment with you all, if you’d allow. Say we, hypothetically, weren’t such moralistically upstanding online citizens, and say, last week, a high-profile porn game that heavily parodies Mass Effect was released on Steam in early access. Since our upright morality would prevent us from even looking at this game normally, in its absence… there’s a possibility — slim as it may be — that I bought and even played this game. What kind of impression would this version of myself have, I wonder? Let’s have ourselves a little laugh and find out, shall we? Let’s pretend I am reviewing this hypothetical game, and heck, we’ll even spruce up this article with pictures that look like they might actually come from this hypothetical game. Which absolutely probably doesn’t exist. 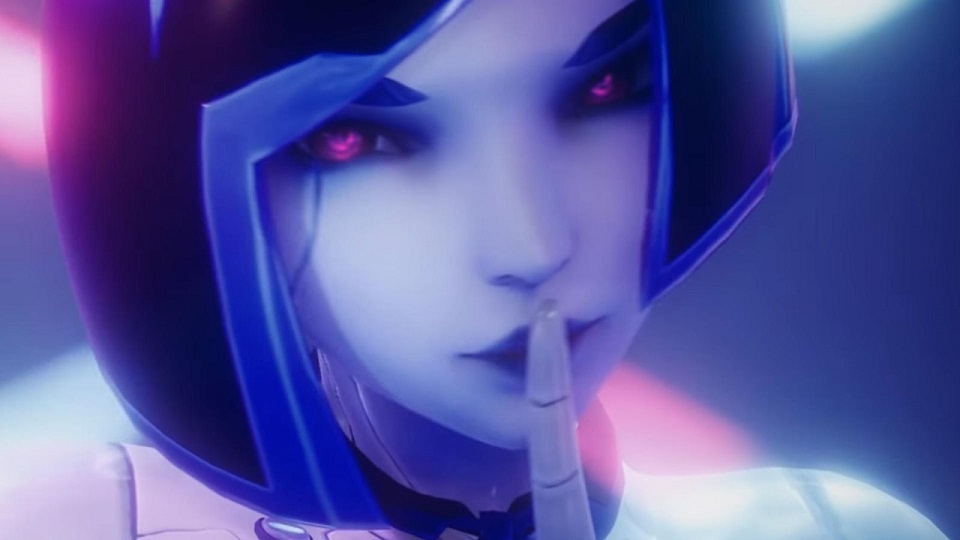 With those question marks settled, we have to ask what this game is actually about. Let’s paint a picture: set in a distant galaxy humanity reached purely on accident, the universe of this game is ruled by a huge, galaxy-spanning government that’s obsessed with purity, chastity, and control over its population. You play as a human (called Solars) called Captain, a guy in a full-body skin-suit with a pair of panties perpetually stretched across his face, who lives a carefree life on a high-tech ship with a stolen sex-bot fighting pirates and smuggling drugs. However, an old acquaintance forces you into joining her on a mission to overthrow the government, and you — along with a growing crew of barely-dressed “waifus” — must shoot and stab and slut your way across the galaxy to make it happen. But you’re not the only ones: a xenophobic rebellion of humans and mutants are also trying to bring the government down as revenge for destroying the human homeworld, but their brutal methods and uncompromising views might make them more likely to be your enemy than your friend.

All of that… sounds surprisingly reasonable, doesn’t it? Strip away the waifus (pun intended) and the fact your character has underwear for a headpiece, that almost sounds like an actual story, doesn’t it? And that’s probably the biggest plus — and the biggest problem — of this particular make-believe title. Because while it certainly tries to be an actual game, it doesn’t try earnestly enough — and a little bit of sincerity where there’s currently sarcasm would have made this hypothetical game actually something worth talking about. 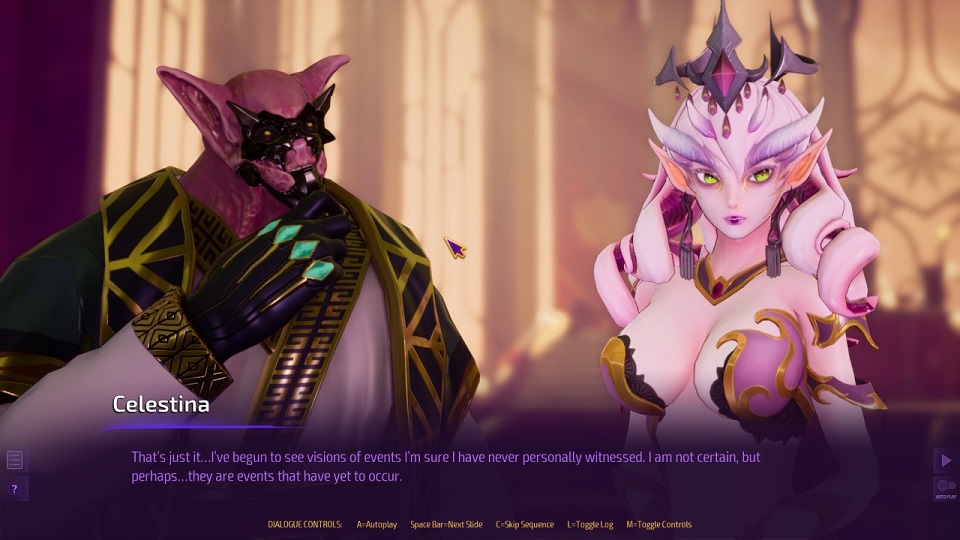 In practice, though, there are two types of humor you could reasonably apply to a game like this: it’s always going to be a parody, since we’ve designed it to be something of a homage to Mass Effect, which means we can either crank up the sarcasm and goofiness for a lot of in-jokes and winks to the audience, or, we can play it poe-faced, and weave the humor more subtly and wittily into the story, like actually playing a pornographic version of Mass Effect. This hypothetical game shoots for the former, which is the easier, and ultimately, less satisfying style of humor. Sure, in a parallel universe where I do play this, it might make me smile a few times, and I might release the odd snort, but on the whole there’s a ceiling for this kind of humor and it’s probably never going to make me laugh as hard as, say Delta Rune or Pizza Game has, which has included jokes so funny I literally couldn’t breathe for nearly a minute as I choked on my own laughter.

That’s because since parodies are easy, everyone is doing them. It’s not much of a joke to comment on how everyone knows how WASD keys work, and so they’re not the first game to tell it. Making a little crack about an incoming explosion dump is fine, sure, but everyone and their grandma has done it. And when you joke about the lack of actual sexytime in a game presumably purchased for the sexytime content, well… you’re actively making the game not deliver what it promised for the sake of a sub-par punchline. Which is the worst kind of sin you can commit with humor like this — jab at the notion of forced tutorials all you want, but if you’re still going to make us do the tutorial anyway, then your self-aware joke only makes us wonder why you couldn’t apply that self-awareness to giving us an option to skip it. I’m not saying there can’t be funny stuff in this completely imaginary title, but I am saying that if a game is going to be 90% jokes, it would be nice if those jokes were actually funny. And actually funny jokes either need a whole mountain of creativity, like you see in Pizza Game, or they need a dollop of sincerity, like you get in Undertale. This game lacks both. 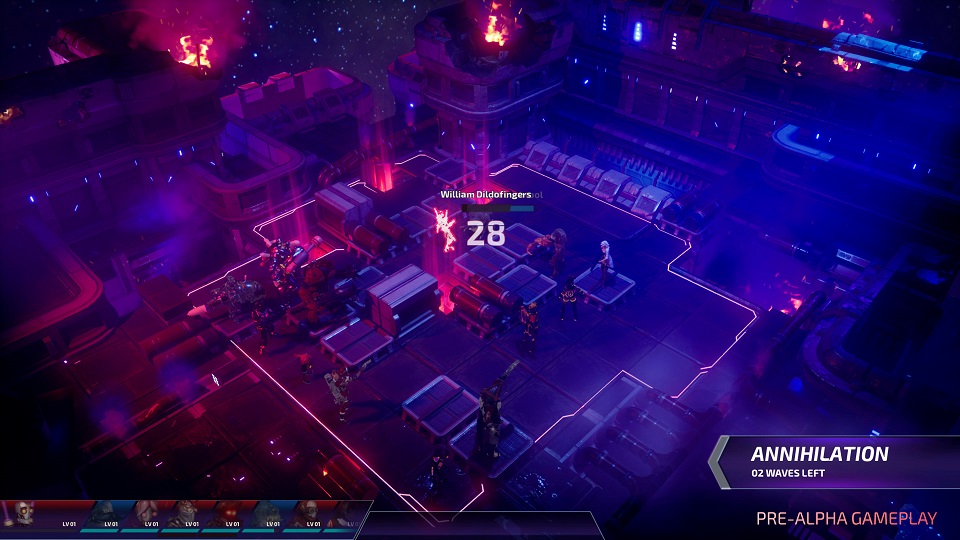 The sincerity problem drips down to the characters as well. If they were just supposed to be 3D models that do porn stuff, that would be one thing. But since this is a big, long hypothetical game, and we’re in theory spending a lot of time with these characters, we need to actually build a connection with them. Which is something this game struggles with. While the archetypes of the characters you deal with are clearly inspired by Mass Effect, I feel like the studio who’s working on this game would actually do a better job looking at Saints Row for inspiration. It, too, had over-the-top, wacky characters in a madcap world, but the folks at Deep Silver knew how to make you care about them, too — with actual character arcs and opportunities to emote without winking at the camera or making a gag. This made-up game takes stabs at improving characterization with serious moments — but you need more than tragic backstories to make that happen, which seems to be the #1 tool in their writing toolkit. Plus, it always, always undermines a character when you immediately follow that backstory with a joke. It makes caring about these characters even harder, because it becomes clear that the game doesn’t care either. 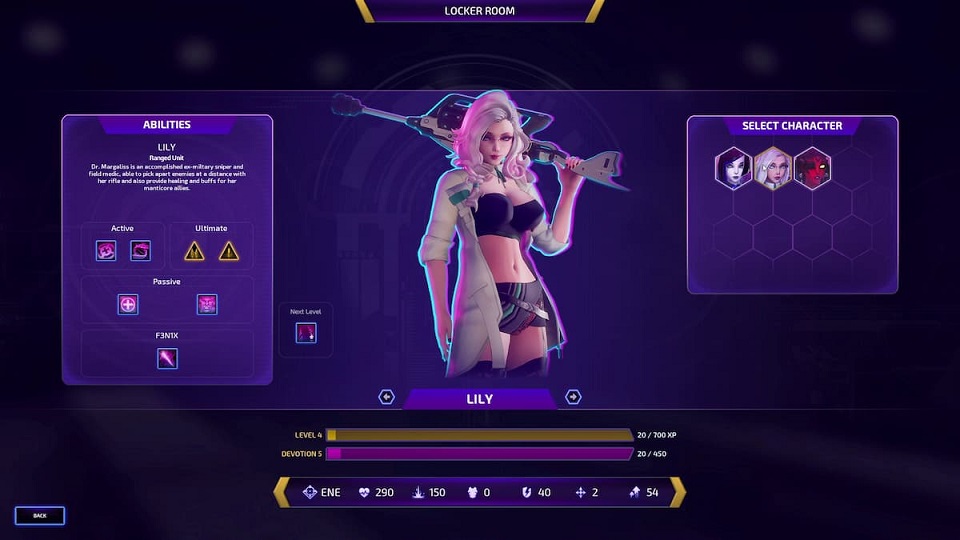 At the very least, the gameplay works. Turn-based combat isn’t anything too complicated, where the most important thing you have to do is keep an eye on who’s turn is next and making sure you finish off enemies before their adrenaline bar fills up and they perform a super move. Ship combat, on the other hand, is straightforward SHMUP business, and while it doesn’t innovate on that formula at all, a solid foundation with all the necessary bells and whistles is more than good enough for my purposes. It would be a disrespect to other porn games to say that this is the first one to include actual gameplay, or that it’s even the best — but it’s certainly got some clean presentation, and there’s joy to be had in shooting up baddies in space.

Which is a shame, but hey — at least it doesn’t actually exist, right?