Just the first of many.

by Cryptastic on Jul 12, 2016 @ 05:53 PM (Staff Bios)
Comment(s)
Okay, I've got a bit of egg on my face. I'm glad, though, because it's the exact kind of egg I like. I mentioned earlier that we can all expect to hear the new Overwatch character announced during Comic-Con. I was wrong. I was so so wrong. So wrong, in fact, that not only was the new character announced today, but she's entirely playable. Meet Ana.


I have this playing on loop, actually.

Ana is the newest hero to the Overwatch team. So far, she's only playable to those of us who immediately swapped over to the Public Test Realm (PTR). The rest of us will have to wait. The PTR is a new, selectable region on the Battle.net client. Choosing that allows players to experience new and experimental changes to the game before they are permanently implemented to the entire game. The changes already include many character changes and gameplay tweaks not quite optimized for general consumption. Specifically, Mercy, D.VA, and Zenyatta have gotten some nice buffs. But enough about that, you want to hear about this new character.


This is on loop too.

Ana, as we know from my previous article, is a support sniper. She comes with a full gamut of impressive abilities. Her sniper shots either heal allies or inflict ongoing damage for enemies. She has a sleep dart ability that knocks an enemy unconscious for around 5 seconds or until they take any form of damage. There's a biotic grenade in her arsenal that both heals allies and damages enemies in it's area of effect. Enemies tainted by the grenade also cannot be healed for a few seconds. Finally, her ultimate ability is a single boost to a lucky player who suddenly gains increased speed, damage resistance, and more powerful attacks. Talk about versatile! I cannot hide how excited I am about this new character. To be honest, I stopped writing this article halfway through to try her out a little. 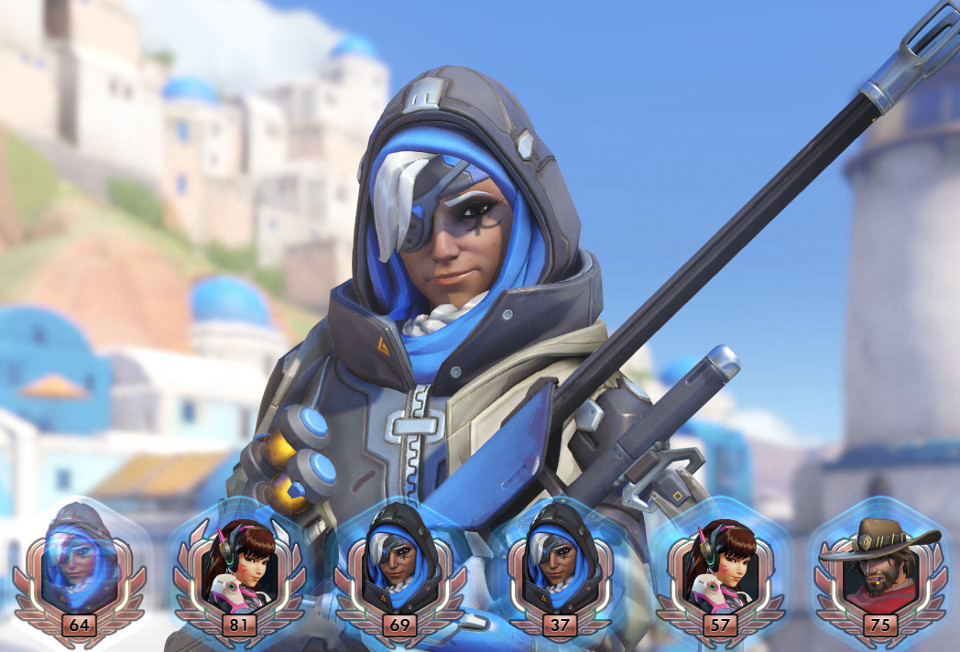 I think I may have found my new main. This is a support character who has no need to dive into the fray. A watchful eye over the other, um, Overwatchers. This is a pretty stunning move, especially since Overwatch has only been out for about a month and a half. If they keep this pace up, Overwatch may turn into game of the decade.