My second and perhaps final plea for ya'll to engage with your democracy.

by pocru on Nov 02, 2020 @ 03:33 AM (Staff Bios)
Comment(s)
It was four years ago -- Jesus Christ -- that I took a break from my usual rambling on the topic of video games to urge you all (assuming any of you have been on this site for 4+ years, in which case, wow) to go out and vote. My plea was earnest, brief, and in a naivety typical of my younger years, optimistically non-political. It was not an urge for our US visitors to vote for any particular candidate, just to engage with the mechanisms of our democracy because they're the primary way we give voice to our desires, and thus, incredibly important for the layman. 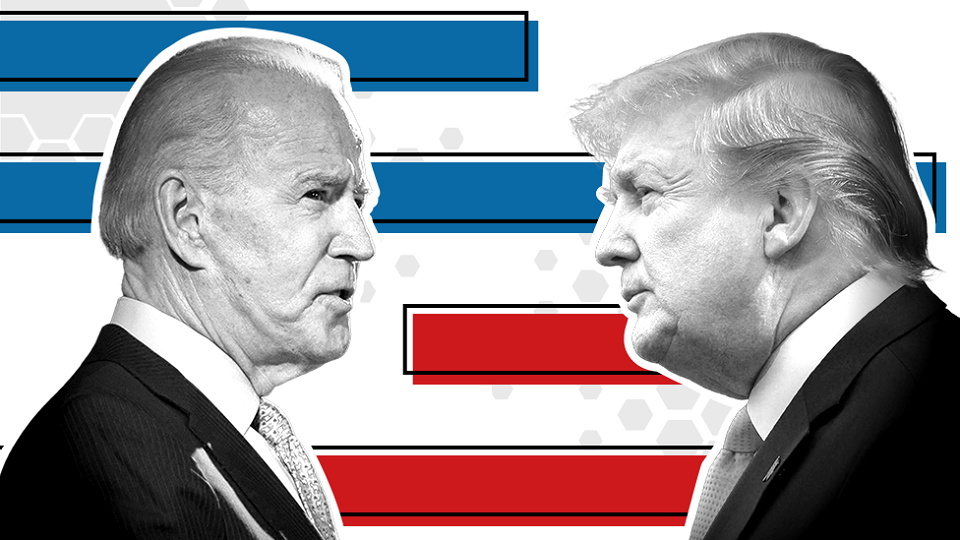 I had done this, of course, because I had assumed, like so many others, that a Trump presidency was a horrifying impossibility. Perhaps if I had known what the next four years held in store, I would have used this platform of mine not to preach across-the-aisle support of the foundation of our democratic process, but rather, to make a much more political -- and urgent -- call to rally behind Hillary Clinton. Because while she was doubtless an out-of-touch old-school politician that couldn't excite even the most passionate gerontophiliac, I'm firm in the belief that wherever a Clinton presidency would have taken us as a nation, it would have been better than where we are now.

As a concession to my right-leaning readers, assuming I have any at this point, I don't mean that in a strictly liberal v conservative perspective. That is to say, while I'm disappointed and angry that the president has, say, rolled back protections for immigrants, attacked women's rights, and seemed to have encouraged a race war, I can "respect" that these actions are in-line with the political alignment of a certain nasty but nonetheless voting group of people in the United States. Gross as I may find it, there are people out there who elected him to represent their anti-women, anti-immigrant, white nationalist viewpoints, and in that, Donald J. Trump has done an admirable job. He's done exactly what they voted him in to do, so from their warped perspective, we are in a better place than a Hillary presidency would have taken us, and I have to acknowledge -- if not respect or like -- that viewpoint.

When I say "better than where we are now", I mean that in a high-level, non-divisive, politically blind way. I say that as someone who's not a big fan of the American government at the best of times, but still sees the value in having a representative democracy, something that is plainly and grossly under threat by Mr. Trump, who has openly admitted he will question and even resist the result of any election where he is not the winner. Hillary might have been a liberal snowflake, but she accepted when she lost (even though she won the popular vote), and I don't think anyone sane enough to put two and two together would think that Hillary, no matter how much they may have hated her policies, would have threatened to just ignore an election if she didn't like how it turned out. Her strict adherence to the principles of old-school politics was a bad thing 99% of the time, but old school politicians still have -- or at least, had -- that 1% of times when honored and respected principles and traditions that were once common in the world of politics. 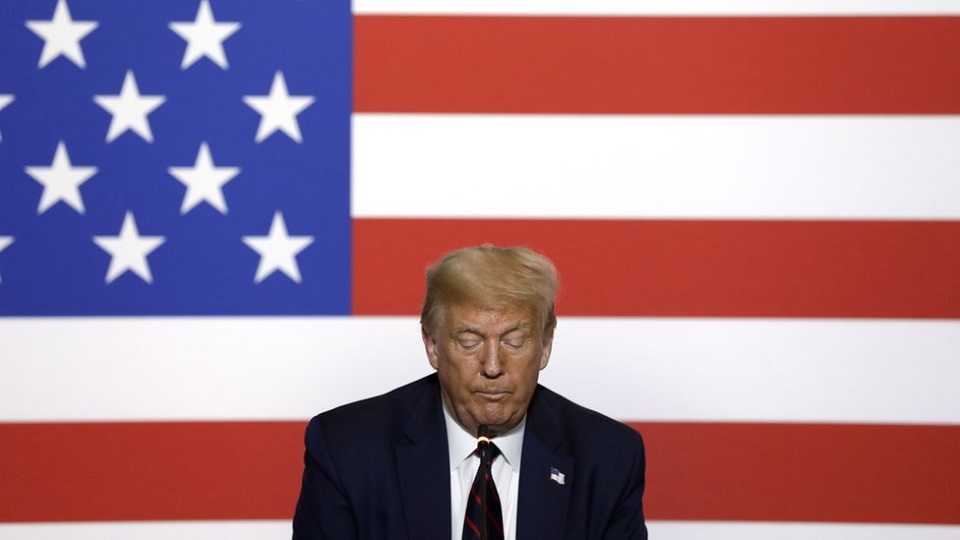 This is easy for me to say as a young white male, we could have "survived" (metaphorically, I mean, I understand that people have literally died because of him) four, or even eight years of Trump and his butt-backwards politics. There was nothing inherently "permanent" (at least from a legal perspective) about gays losing the right to marry, or women losing the right to have abortions, or cops getting extra cash to kill more citizens. Yes, each one of those is a tragedy that I would like to avoid, but they could have all been reversed by a new administration. It was Martin Luther King Jr. who said, "the arc of the moral universe is long, but it bends toward justice" -- four to eight more years is an unnecessarily long time to extend that arc, but not enough to knock it off trajectory entirely.

But let's face it: Donald Trump has put us in an extremely precarious situation. Not only does he have some pretty heavy incentive to stay in power, what with the countless criminal charges laid against him only being held back by the seat of government on which his enormous butt is currently situated, the people around him who have enabled and encouraged him his entire political career are tied to him now. Trump's people, to tap into the enormous power his small base offers, have impossibly tied themselves to Trump. You can argue back and forth on if Donald Trump has completely hijacked the Republican party, but it's undeniable that he, and everyone around him, have formed their own, unofficail yet de-facto political party, the party of "Trump". No one in the Trump party can go back to being a "Republican". They've sold their soul to Trump, and they know that if he leaves power, they are not long behind.

So not only does Trump have reason to want to stay in power by any means necessary, the people around him do too. And what's more, they've just spent the past four years learning that their audacity has no limits. There are people in the Trump campaign who think they can get away with anything, because so far, they have. And since they're all already at risk of going to jail if they lose anyway, why not risk it all and go for the coup of our democracy? If they succeed, great, they stay in power forever, and pending any violent unrest, America stops being a democracy in every way but name. If they fail, they'll either go to jail for unrelated crimes or, more realistically, get a pardon from Joe Biden in his effort to "heal the divide" between the nation. It's not a "win-win" situation, but the pros far outweigh the cons.

So you're probably wondering, then, why I would encourage you to vote for Joe Biden if I think the Trump campaign is going to just try and illegally seize power anyway.

And the answer to that is because I want to burn this mother down.

Here's the thing: the Trump campaign will challenge any loss, by one electoral vote or by one hundred. He'll use the same basic argument of voter fraud and miscounting and interference and he'll bring it to the Supreme Court, which he now owns, and they'll rule in his favor. But it would be so much more ridiculous -- so much more unbelievable and extreme and transparent -- if he did this after losing big. Like, by huge margins. If his popular and electoral loss was a double-digit difference, him arguing, and "winning", a case where the election was rigged would send the alarm bells ringing. Nobody could be blind or indecisive after something like that. It's the kind of shock to a system that could trigger an international crisis, or even a full-blown civil war.

Maybe this is ugly of me, but I kind of hope that happens. Because our system has become such a tangled, toxic mess, and while it's all well and good to hope that a politician could come and untangle and untoxify it, we all know that won't happen. Which means the only way to fix our horrible system of government is to burn it all down and start over from scratch.

Of course, I'd prefer to do it peacefully. Heck, I'm rooting for peace. Nothing would make me happier than Trump getting kicked out of the office, tried for the crimes he committed, then sent to jail to rot away and watch his empire crumble into the dust and fungus it had always been behind that veneer of fake, gaudy gold. But honestly? That sounds less realistic to me than a civil war. And while I'm not advocating violence by any stretch of the imagination, it's not "advocating" to see the pattern of political violence in this country and predicting how that would escalate if the president were to attempt something so outright evil. 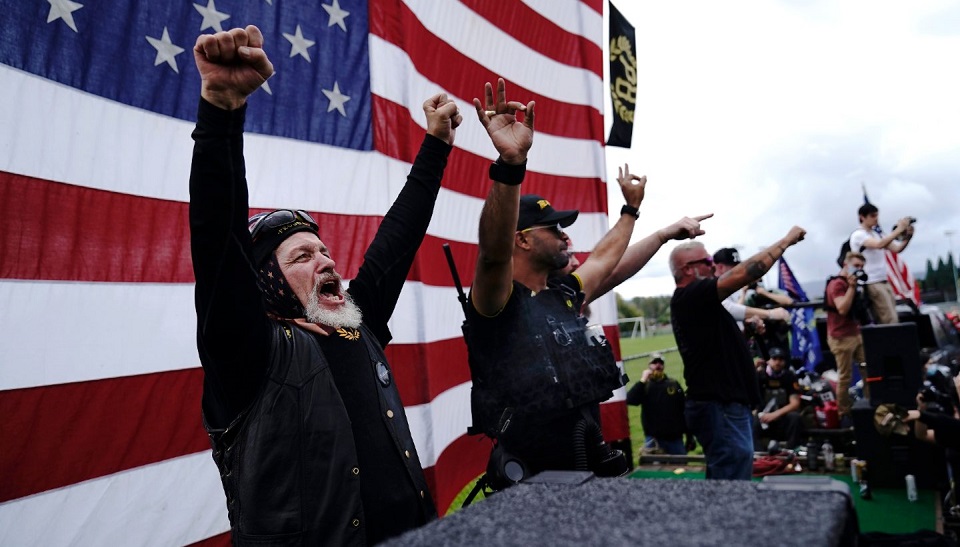 So either to get Trump out of the office or to toggle a civil war that will get Trump out of the office, vote. Because not only does our democracy hinge on this election, our planet does too. We can't forget that just because COVID-19 is the most immediate threat, our "final boss", Climate Change, looms on the horizon. And that is an enemy we cannot beat when we're armed with Trump.

Maybe 2016 was the most important election of our lives, as it was when we were put on the path to this one. But that doesn't make the 2020 election any less dire... or terrifying.

So go out and vote.

Just, you know, do it safely.

Things are getting pretty spicy down at IGN.

Apparently RPG's need some shaking up.

Heal COVID-19 Bundle to Donate 100% of Earnings to Charity

Humble Bundle is back, baby.

Remembering where they came from.

The Wholesome Direct will Showcase 75+ Indie Games this June