Killed the Author". And we have to start briniging them back.">

The games industry has "Killed the Author". And we have to start briniging them back.

by pocru on Jul 18, 2020 @ 01:25 PM (Staff Bios)
Comment(s)
Last weekend, Ubisoft had its huge not-E3 streaming event, Forward, and revealed a number of high-profile, heavily hyped games: we’re talking a new IP in Hyperscape, more information on the long-awaited Watch Dogs: Legion, some actual gameplay of the new Assassin’s Creed, and the almost-reveal of Far Cry 6, the surprise of which was only ruined when a Hong Kong based gaming outlit accidentally leaked preorder information about the title. There was a lot of information in there that intrigued me (although nothing about Beyond Good and Evil 2, which was a shame), because while I would never call Ubisoft my favorite company in the world, for a long time I always had a soft spot for them. 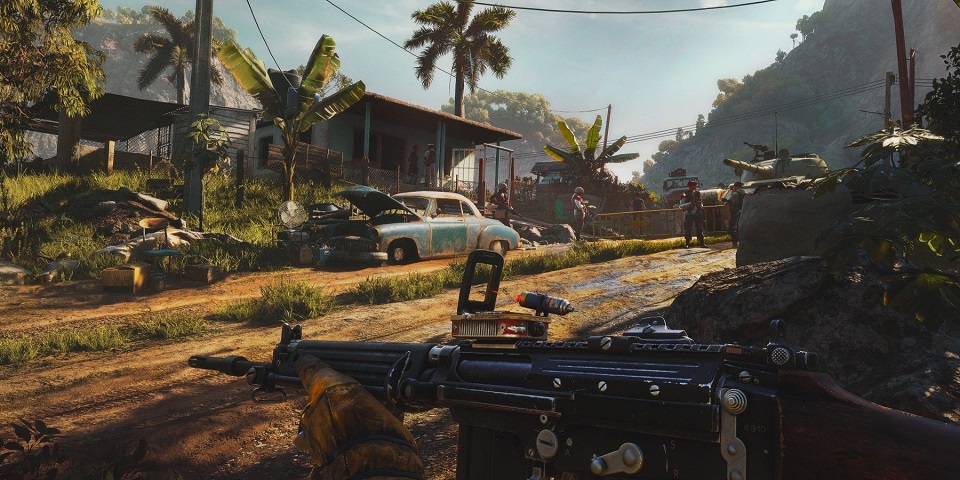 Don’t get me wrong: they’re still a terrible company. They still front-load their triple-A games with crappy micotransactions that nickel-and-dime you for stuff that should be unlockable in-game. They have a history of being cowards when it comes to addressing political issues, and when they do it’s weirdly right-leaning, like with The Division and the most recent Far Cry games. They lack EA’s spine, who’s generally the first one to defend social issues and react to contemporary issues. They rely heavily on a stable of recognized IP, but unlike Nintendo, who reliably experiments with their IP and put gameplay first, they generally look for ways to make their games more grindy to encourage those microtransactions. And they certainly aren’t as good at telling a story as, say, Square Enix or Obsidian, as much as they try to craft compelling, unique narratives.

But despite all that, I never felt as bad getting a Ubisoft game as I did when I got a game published by EA or Gearbox or Epic Games. For one, they might not make the best games in the world, but they routinely and dependably make at least okay games. I think Ghost Recon Breakpoint was the last objectively terrible Ubisoft game, and to the company’s credit they’ve devoted a lot of time to trying to make it better, rather than just cutting their loses. But generally, we have things like Assassin’s Creed Origins, which was fine, and Far Cry New Dawn, which was fine, and Watch Dogs 2, which was fine. They don’t have Nintendo’s track record, but generally, picking up a Ubisoft game was a safe bet and a good time.

The second reason was that, until recently, I thought they were one of the few triple-A game companies that was left unscathed by discussions of crunch and abuse. EA, Nintendo, Epic Games, Telltale, Quantic Dream, Naughty Dog, Rockstar, Riot Games, some of the best, highest-profile and critically acclaimed studios were known, publically, for forcing their employees to work insane hours and creating a culture of fear and intimidation. Ubisoft, it seemed, with their “this project was worked on by a diverse team” preambles and the way their employees weren’t speaking up when the call to Unionization were growing increasingly public, seemed to be a fine place to work. Maybe not an oasis in a wasteland of game development, but a place where you could clock in, get your paycheck, and clock out. Heck, Ubisoft even made a big deal of emphasizing how Assassin’s Creed games are planned out years in advance, both to avoid overworking their employees and to ensure the quality of the product. 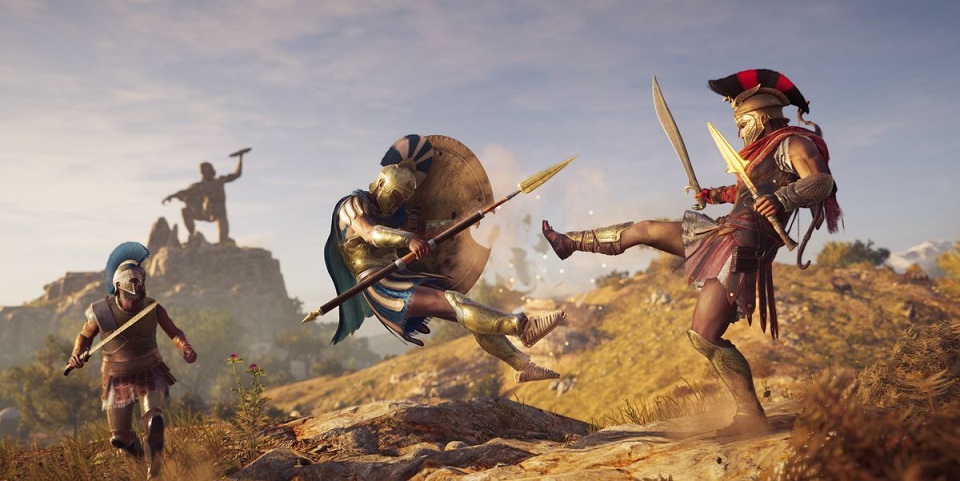 Now, as near as I know, the scandal that has rocked Ubisoft has nothing to do with crunch. But the charges levied against it are worse. Way, way worse.

…I have to admit, since I have so many degrees of separation between myself and the people involved, my first reaction was just… frustration. Because it feels like I’ve been forced to reckon with my “relationship” with a game studio a lot these days. I am one of those people who tries, sincerely, to be a conscious, moral consumer. I try to not pirate shows (try, there are too many friggen’ streaming services these days), I don’t buy anything I know was made by Nestlé, I’m never guying another Apple product again… it’s one of those little ways I try to make the world a better place in my otherwise overwhelmingly neutral way of life.

The gaming industry of late has made it increasingly hard for me to justify being a gamer. And while I do genuinely believe I, nor anyone else, is obligated to spend money in an ethical way, I do enjoy the effort, and I feel like I’m being forced to decide between being a moral consumer and being a gamer. And as much as I hate to say it, gaming is going to win that contest. Video games are too damn important to me. I don’t even know what I’d do with myself these days if I didn’t have games waiting for me.

Its also made it hard to justify being a games journalist. I enjoy the work I do here for Gamerzunite, and the small way I can contribute to gaming discourse, but I do have to acknowledge that I’m also part of the problem. I can write all the opt-eds I want about how awful Ubisoft has been and continues to be, and I can encourage people not to play the games. But I also undermine those points when Ubisoft does a huge press event, like Forward, and my hand is not quite “forced” but “strongly encouraged” to report on the events of the evening. Because people want to read that stuff, and because gaming culture is ultimately the result of the products that major studios put out and the people who consume them – not the stories of the people who worked hard and were sexually abused to make those products.

In short, the games industry has already tackled the issue of “Death of the Author”. Hell, Death of the Author is one of the founding pillars of the games industry, all the way back to 1979 with Atari’s “Adventure”, when companies went out of their way to ensure the artists behind their games got no credit so they couldn’t be poached by rival companies. That gap between the creators and their creation has grown so wide and so vast that only a handful of game developers – Sakurai, Miyamoto, Kojima, Cage, Bleszinski, Levine, just to name a few – have managed to cross it. And even then, only a smaller handful – we’re talking Miyamoto and proud self-promoter Kojima – have the name recognition to be part of the common parlance of the culture.

The Games Industry is not wrestling with Death of the Author. It’s wrestling with bringing the author back to life. Or, in the case of Ubisoft, wondering if the way so many authors were abused by the people signing their paychecks means it would be better for our sanity if we just let them die. If it would be simpler to just let the author be dead, create that division between a game and the people who made it, and enjoy it regardless of the needless sweat and tears that went into its creation.

This is all a long, drawn out way of lamenting the fact that games I were genuinely excited for, specifically Watch Dogs: Legion, were ‘spoiled’. Spoiled by the knowledge that they were made by terrible people who have their names in the credits, even if they’ve been booted from the company. Spoiled by the fact that Ubisoft has failed repeatedly to properly address this issue that’s plaguing their company, even with all the people who are ‘stepping down’. Spoiled by having to watch the trailer when this discussion and these wounds are so fresh, and being unable to forget that buying this fun game would be enriching bad people. “Death of the Author” might be a foundational pillar of the games industry, but in a connected age, where social media has seeped through our lives, the author can still somehow both be dead and terrible. Case in point: 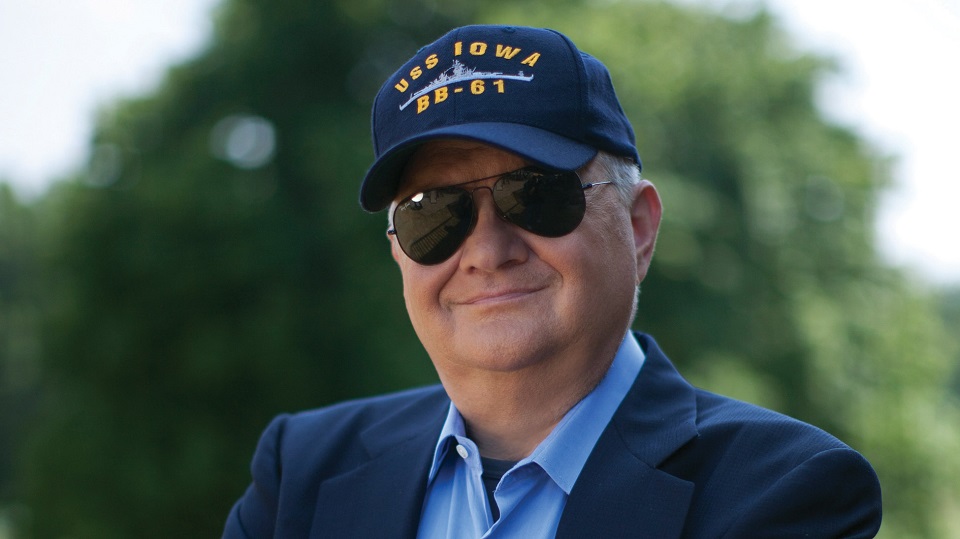 I’m not trying to dampen anyone else’s excitement or expectations of this game. Frankly, at this stage in the game, you’ve probably already drawn your line and set up your camp, you’re either going to buy what makes you happy and enjoy it, buy what makes you happy and regret it, or you’re just giving up on the games industry entirely and only buying indie games or stuff from Respawn, perhaps the only objectionably good games company in the business. But I do want you to be aware that no amount of apologies and changes to the executive team can change the fact that Ubisoft is rotten. Not just because of what it did, but because it refused to change until it was caught. A problem that’s an epidemic in our capitalist society: companies happily enabling their worst habits until they’re caught, then acting as surprised as you and vowing to make something better.

Which means it’s still as rotten as they come.

But is that enough to make the price worth it?

Except for the 2 games on the nominations.

He even wore a PS5 T-shirt.

They're just letting the dev team take a break for the holiday.