The Woes of Being a Good Consumer 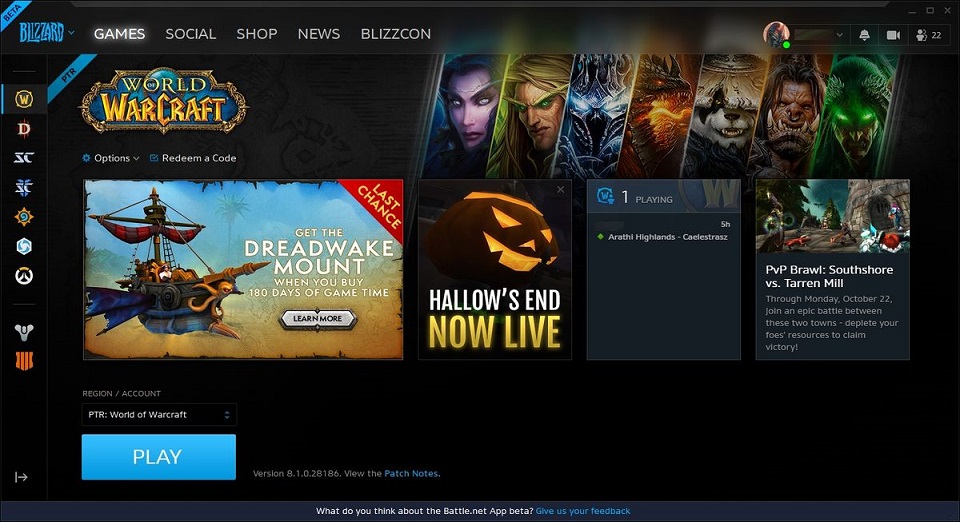 It was a shockingly difficult decision to make. Not because I had any love for Blizzard – I’ve disliked them for longer than most, and I’m actually not a big fan of any of their games. But rather, it was difficult because my copy of Overwatch was a gift, and the idea of destroying a gift just felt wrong. Plus, they asked me to supply proof of my identity with a picture of a government card, and that had all kinds of weird, uncomfortable implications.

Still, I asked permission and got over it, so it’s done. I have officially deleted my account, which, outside writing my articles and remaining vocal about it, means I’ve done just about everything I can to protest Blizzard’s decision with former Hearthstone pro Blitzchung. Everything they care about, in any case: I wasn’t spending any money on Blizzard games, but I can assure you they still notice and very much care when account numbers drop. Even if I hadn’t spent a cent on their games, they were still making money off me: selling my data, and of course, providing content for other players who did spend money.

And I was able to feel nice and good about myself for about four minutes, until I logged into League of Legends. And the guilt came right back.

If you didn’t know, there’s a lot going on with League of Legends right now. The World Championship is underway, with professional teams from all around the world battling for the right to be crowned the best team of them all. Pre-season is upon us, which means exciting and dramatic changes are happening to the actual game itself. And of course, this season is particularly special as Riot Games is currently celebrating its 10th anniversary with videos, events, and a whole lot of premium swag being given away absolutely free. In no uncertain terms, it is an excellent time to be a League of Legends fan. 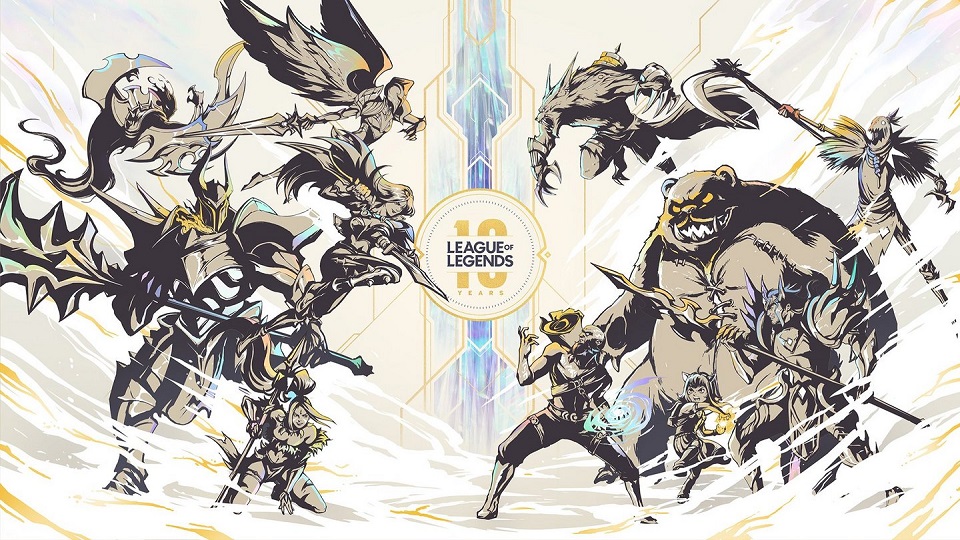 But a pretty difficult time to try to be a conscious consumer.

See, while Activision-Blizzard got on everyone’s shitlist because they decided to publically censor their players and cow-tow to the oppressive Chinese government, Riot Games has suffered no such controversy. But that’s only because they keep an even tighter leash on their players and casters than Blizzard does, restraining their ability to speak their mind. Activision-Blizzard got reamed by fans because it’s owned, in part, by Chinese super-conglomerate Tencent. Riot Games is outright and completely owned by the very same company. Blizzard (and Ubisoft) have gotten flack for changing all the versions of their games to accommodate Chinese censorship – Riot games has always been doing that.

So yes, it feels good to protest Blizzard and their crappy dealings, don’t get me wrong. But I undermine myself when I continue to do “business” with Riot Games who, even though they haven’t done anything wrong on the surface, still stand for and support the very same regime and tyranny that Blizzard games is being blamed for.

Here’s the thing: when Riot Games first made headlines for their crappy treatment of women, I admit, I kept playing their game and I never deleted my account. I probably should have, because it would have been a good way to protest my disgust with their actions, but I didn’t because I like the game, I still have friends who play it, and… well, a lot of time was sunk into it and it is a good way to spend free time. I did, however, quickly and shamelessly stop spending money on it. I had been a routine skin-buyer, but when that news dropped, I stopped buying things entirely. I disengaged with the economy and I figured that was as good a protest as any: unlike Blizzard, they actually did lose a decent chunk of cash when I gave up on them. 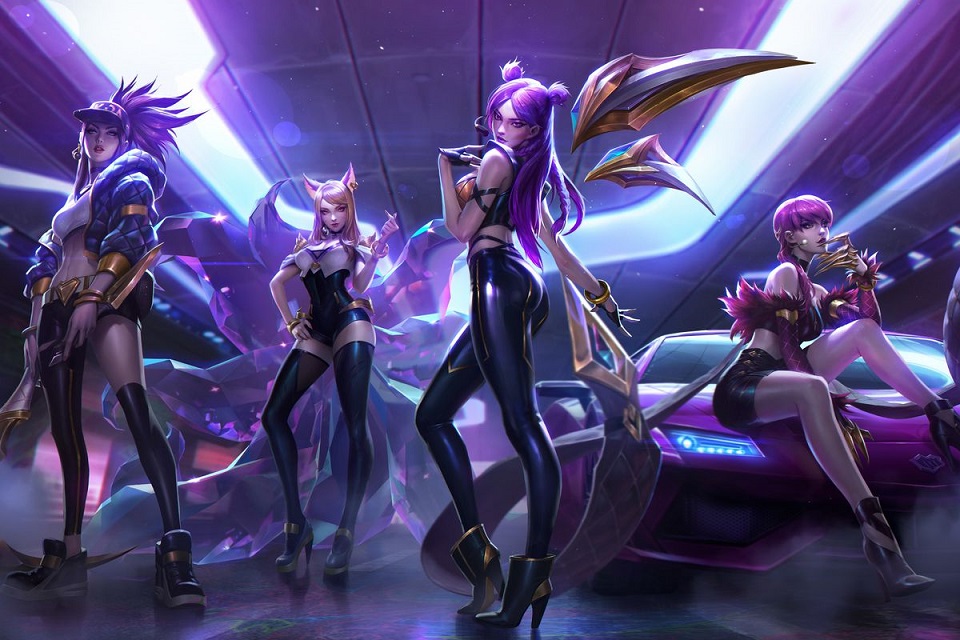 But when the news returned a year later – that sweet spot right before the Blitzchung controversy drew attention to China’s abuses in Hong Kong, the Uyghur genocide, and the Chinese addiction to censoring western companies – that they had actually made dramatic improvements, I was happy to spend money on them again. I even bought the worlds pass, which was like, twenty bucks. It felt like a well-earned reward: both for them, for actually improving their practices, and for me, for sticking to my guns despite the temptations of sweet, sweet Poppy skins.

And then then aforementioned Blitzchung event happened. And I was forced to reckon with the fact that while Blizzard did, indeed, deserve everything that came to it (and more), it wasn’t quite as brave of me to make my stand against them, as a non-Blizzard fan myself, while refusing to sacrifice League of Legends. Plus, I can’t exactly un-spend the money I spent on the Worlds Pass. They make a whole big deal about how it’s non-refundable right before you buy it.

It’s not that Riot Games hasn’t done anything. It’s that I don’t doubt for one hot minute that if they had swapped places with Blizzard, they would have done the exact same thing. If they had even let it happen at all, thanks to the whole “we pre-record interviews” confession.

This is a battle I find myself wrestling with a lot. I do try to be a conscious consumer wherever possible. I spend the extra money on meat that claims it’s eco-friendly and free-range. I avoid Nestle and their subsidiaries like the friggen’ plague. I recycle my plastics and use public transportation and I never buy bottled water unless it’s an emergency or for a friend. But outside not being able to enjoy Lion bars (I live in Europe and they are frankly amazing) or name-brand chocolate milk, I don’t really have to sacrifice much for those decisions.

It’s debatable how good they are anyway. The brands I do buy are almost certainly guilty of other things, regardless of if I know about them or not. Anything with plastic (and that’s just about everything) has an environmental stain. Even free-range meat isn’t that green, and results in deforestation and a growth of carbon in the atmosphere. Hell: the rare metals in my gaming consoles and laptop are likely stained with blood, thanks to how brutal those mining operations can be that dig them up. And while I would have happily paid an extra 200 bucks on any of them if I had known that all along the production chain people were treated nicely and humanely, I realize I can only make that claim because I’m well-off and video games are that important to me. And no matter how many times I say it, well – doesn’t change the fact there simply isn’t any “cruelty-free” gaming laptops on the market. 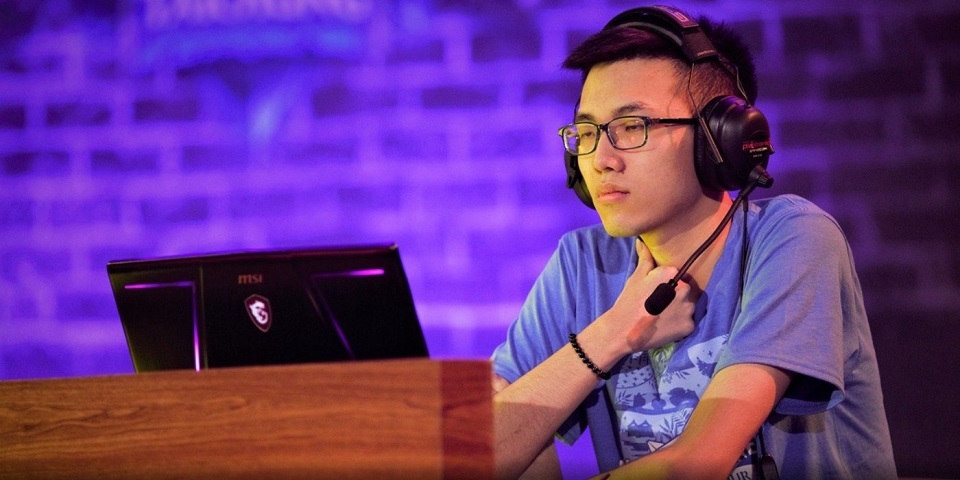 The point here is that a boycott is all well and good, and trying to be a conscious consumer is also all well and good. I would never say that it was ‘bad’, or even ‘pointless’, to have my Blizzard account deleted. But I would argue – and I mean this sincerely – that if you refuse to participate in a boycott, or knowingly contribute to the ills of the world through your purchases, that does not make you a bad person.

If you didn’t delete your Blizzard account after the Blitzchung event, you are not a bad person.

If you buy nestle products even though they are literally the devil’s hot, waxy runoff, you are not a bad person.

And yes, just because I still play League of Legends, it doesn’t mean I’m a bad person, either.

This might be a weird way to wrap up this article about why Blizzard and Riot deserve to be boycotted, but the thing is: if we, as individuals, were to shoulder the responsibility for the crimes these companies commit, not only would we be doing ourselves an enormous disservice, we would also be passing the buck along from them to us. We do not get to choose how Blizzard behaves or reacts. Thus, we shouldn’t take it on ourselves to punish ourselves for how they behave or react either. Nor should we yell at others for continuing to give them money for what they do. They’re not the ones bowing to China and supporting all the evils they commit, Blizzard is. Blame them for it.

And I know. Companies only care if we speak with our wallets. But all you’re responsible for is speaking with YOUR wallet. You cannot speak to Blizzard using other people’s wallets too. That’s now how a free country works, and if you weren’t aware, that’s kind of what this whole controversy is about.

So yes, I’ve deleted my Blizzard account proudly while still solo-quing through Silver in League of Legends. It’s maybe not as “good” as I could be, but it doesn’t make me worse.

And in this crazy world sometimes that’s the best you can get.