by AS Unreal on Dec 02, 2016 @ 12:02 AM (Staff Bios)
Comment(s)
Hey everybody and welcome to the first episode of my brand new Slime Rancher Let's Play series! I'm going to be posting up one video per week of some brand new Slime Rancher gameplay and try to break some things down for you. Now before we kick this thing off, I want to make it perfectly clear that I am in no way, shape, or form, a Slime Rancher expert. I've just recently picked up the game, but I've had a ton of fun with it so far. Hopefully you can pick up some quick tips and tricks while watching me, and if I have nothing to teach then hopefully you can learn from one of the many mistakes I'm sure I'll make along the way here. With all that being said, let's get into this week's episode.

So I'm gonna start things off by opening up a brand new farm for the series and gathering up some slimes. The most common slime in the game is the Pink Slime, which will consume anything edible in the game. Each Slime will produce a Plort when fed. The type of Plort produced is directly related to the Slime being fed. For example, a Pink Slime will produce a Pink Plort when fed, which is the lowest value Plort in the game seeing as how common Pink Slimes are and their diet. 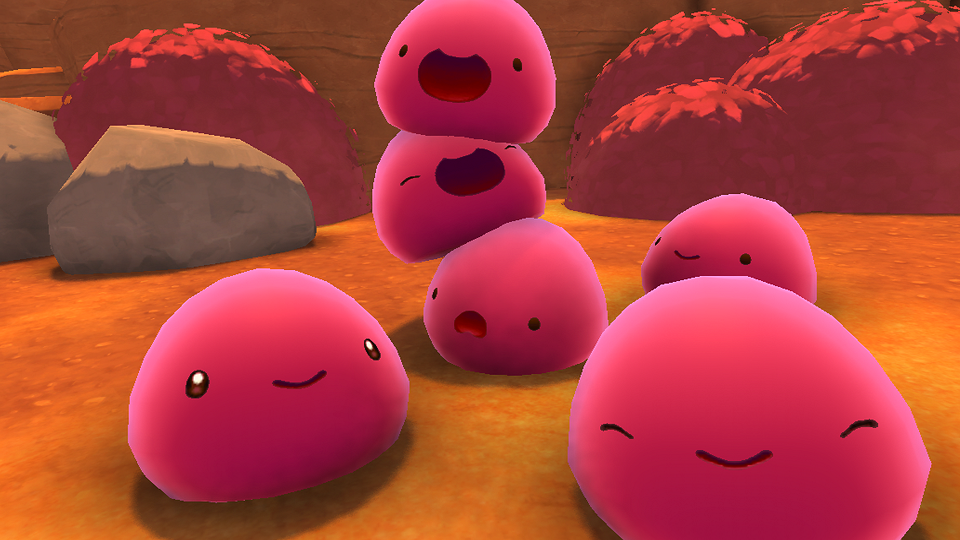 I gather up a small group of Pink Slimes so we can start farming some easy Newbucks, the currency in Slime Rancher. Once I have a decent little group of Pinkies, I decide to do a bit of exploring. Now, at one point during my travels I came across a Tabby Slime with a coin on his head. I had never seen anything like it and had absolutely no idea what to do. After doing a bit of research post-recording, I learned that it was a rare type of Slime called a Lucky Slime. I attempted to suck up the little fella and ended up walking away with nothing. It turns out that if you feed the Lucky Slime any kind of meat, they will explode coins and fly up into the air (Remember when I said you could learn from my mistakes?). 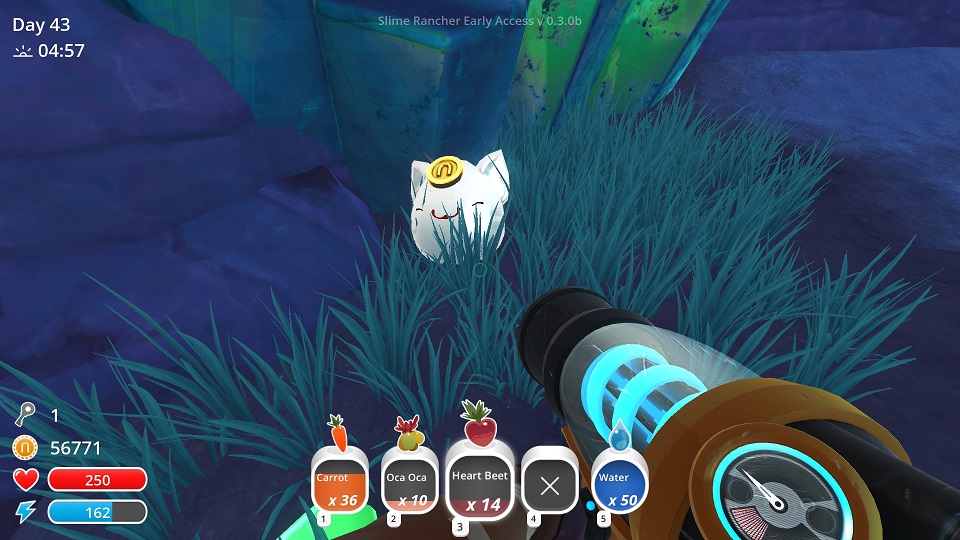 Confused and upset, I began explaining how Largos and Tarr works in the game. Basically, a Largo is a combination of two different Slimes. If you were to feed a Pink Slime a Rock Slime Plort, that Pink Slime would become a Largo with Pink and Rock characteristics. The Slime would eat anything in the game, because that's the diet of the Pinkies, and when fed the Largo will produce both a Pink Plort and a Rock Plort. While this may seem extremely efficient, it also becomes very dangerous. If a Largo eats a Plort that wasn't produced by either of the Slimes that make it up, it becomes Tarr. 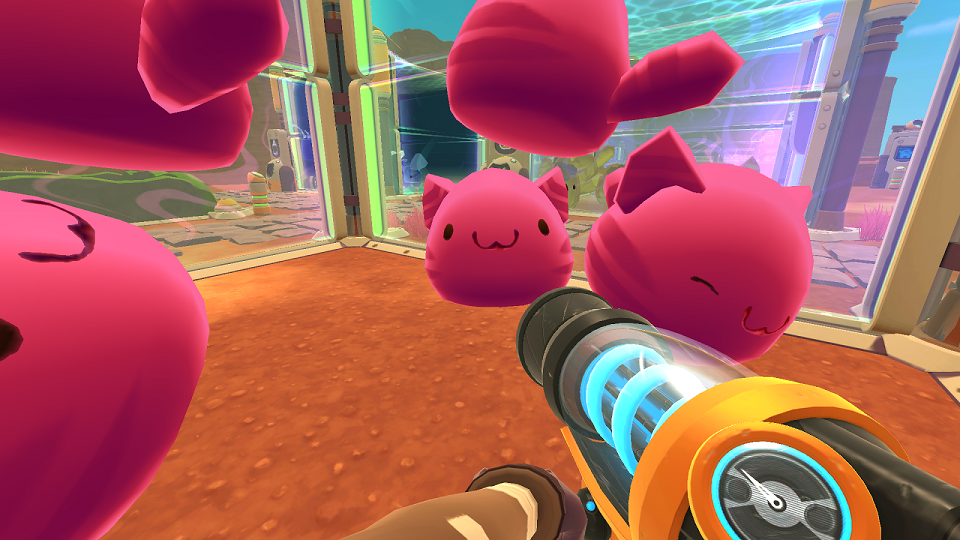 This is a bit confusing to explain without visually showing you, but if the Pink/Rock Largo we made were to eat a Tabby Plort, it would become Tarr since the original makeup of the Largo didn't include Tabby Slimes. Tarr will latch onto and bite other Slimes in the area, turning them into Tarr as well. If you have a little Largo corral set up and one little Plort gets away from you, you might have a huge mess on your hands in just a few seconds. 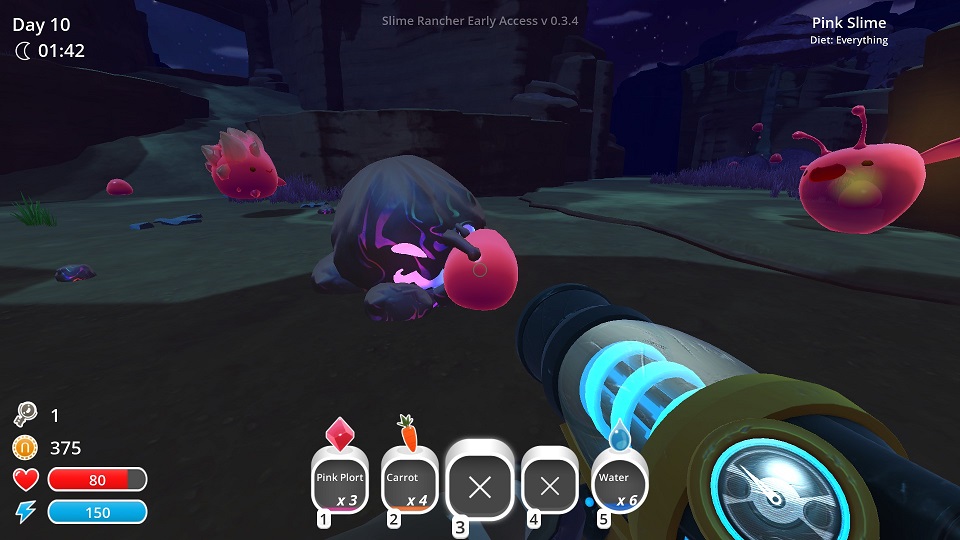 I wrapped things up with collecting some Phosphor Slimes. These guys need some special requirements in order to be farmed, but I got everything set up perfectly for them (I thought). Turns out, I was missing one key component to my corral and the Slimes would start to fly up and over the walls I had built. Two actually glitched and flew away completely. They went straight up into the sky and never came back down, so hopefully they're doing okay wherever they are. Anyway, that was about the majority of what happened in this week's episode. If you want to check it out, look down just a bit and you should see it there. I hope to see you all next week for the second episode and I hope you enjoy the video! Make sure you like and subscribe if you did, and if you have something to say, feel free to leave a comment as well! 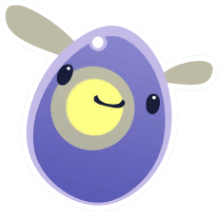 Specifically for their social platform, but the implications are worrying.