The Four Best New Pokemon in Sword and Shield

by pocru on Nov 30, 2019 @ 03:16 PM (Staff Bios)
Comment(s)
Having now played and beaten Pokemon Sword, I can honestly say that it is, in fact, the most disappointing Pokemon game I’ve ever played. Good? Yeah, it’s still good because it’s a Pokémon game, but in the great list of Pokémon games, this one easily ranks at the bottom in terms of quality, endearment, and general likeability. And I’m not alone in thinking that: the internet is full of people complaining about how unambitious, seemingly slapdash, and underwhelming Pokémon’s first foray into the console space is. And a lot of their criticism is valid: the routes are boring, the story is lame, the endgame is weak, the final battle is equally lame, the animations are pretty lame, EVE training is somehow more difficult than it was earlier…

…but there is one criticism I simply cannot abide. There is one claim that I will fight against, tooth and nail. There is one statement I will not stomach: some people, some blind maroons, are claiming that this is the worst Pokemon generation and that the new Pokemon’s designs are bad.

This is one of the best generations by my measure. Are there some duds? Sure, but every generation has their Klanks, you know, the Pokemon some lazy intern designed that no one wanted to shoot down because they felt bad. But by and large, this generation is full of some sweet babies that I will defend to my dying breath. Here’s just a few of the best new Pokemon Sword and Shield have to offer:

Look at this absolute baby.

Falinks is a fighting-type Pokémon that Game Freak must have known was an absolute winner, because they literally put it in the middle of the road during the middle to end of your journey, right on Route 8. You literally can’t miss them, you can see them marching into and out of holes, giving you the impression they’re some kind of centipede Pokemon. But get into a battle with one, and you discover they’re not one bulby boy – they’re six precious snack-sized loveable lumps, each wearing their own little horn-adorned helmets and shields. Clearly inspired by Britain’s history with the romans, but let’s face it – it’s basically Patapon, the Pokemon, and frankly, that’s all it needs to be. I thought I had my six-person party at this point in the game, but the moment I saw these absolute legends I immediately dropped my least favorite Pokémon (who I still liked, by the way) so I could give these cuties the star spot.

Stat-wise, Falinks doesn’t evolve, and has middling attack and defensive stats, making it a poor choice for a wall or a sweeper (which is to say, someone who can tank hits or kill enemies quickly), but he’s got access to a unique new move called No Retreat – and I can honestly say I never got tired of using No Retreat, because it came packed with an animation of these cuties lining up and doing their best “rawr” face to the backdrop of a raging sea. It boosts all their stats by one level, but it also prevents them from running away from the opponent they’re currently fighting. Combined with Revenge, these guys can actually do significant damage to just about every Pokemon they face down – if you can get past the chip damage they’ll inevitably take and, of course, if you don’t find yourself fighting a ghost-type.

I used No Retreat when fighting a ghost type. That was a long, boring fight.

Of course this fluff monster was going to be on the list. People already knew from the very first trailers that Wooloo was an absolute gem, and Game Freak milked it for all that it was worth: on top of the trailers and all the other marketing, Wooloo plays a prominent role in your first gym challenge, are all over the sleepy little town your character starts in, and is even the canonical “partner Pokémon” of Hop, your first and longest rival. And if you think that Wooloo showing up more than goddamn Pikachu (it’s true) in this game would make you tired of them, you are dead wrong. Wooloo is great and stays great consistently, even when it evolves into the slightly less charming Dubwool.

It’s a normal type you can catch right out of the gate (literally), with it being one of the first Pokemon you encounter once the game decides to give you Pokeballs. Yes, it’s literally just a sheep, so you can’t exactly give points for creative designs, but it is a damn cute sheep, and it has big ol’ braids on the side of its head that are perfect for petting. Plus, it “tackles” by rolling. It just… tries to roll over enemies. You can’t go wrong with a fluffy, warm, rolling ball of wool.

That fluffiness is also where Wooloo shines in terms of stats. While Wooloo (and Dubwool, it’s evolution) have comparatively poor stats (mostly in defense and a little in special defense), one of the two abilities they can have is “Fluffy”, a fairly unique trait that halves damage taken from attacks that involve direct contact. That means that it effectively loses its fighting-type weakness, and can tank most physical attacks like an absolute champion. Watch out for fire-type attacks, though: Fluffy doubles that damage, so while you lose one type advantage you gain another. Equivalent exchange.

Still, if you’re looking for a Pokémon who can join you from the first leg of your journey to your last, you’d be hard-pressed to beat Wooloo. 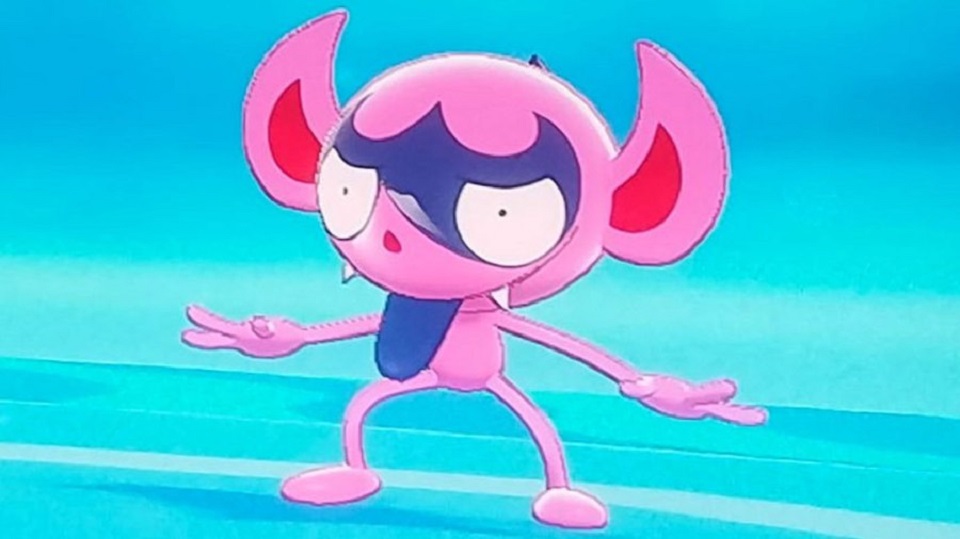 If you’re going to make an England-based Pokémon game, making sure you represent that country’s rich history of folklore and fairies is a must: and the Pokemon company chose to do that with Impidimp, which is literally just a goblin. You can make a literal goblin your Pokemon partner in Sword and Shield, and somehow people have the audacity to claim it’s a bad game.

Granted, they’re not forthcoming. You find these fellows on the route the Ballonlea, which is well into the halfway point of the game (but in what is arguably the most artistically stunning – if frustratingly brief – new areas in the game), and chances are you’ll be ambushed by one when you try to mess with one of the glowing mushrooms that infect the gloomy area. Makes enough sense, considering it’s a fairy-dark type.

Stat-wise, it’s absolutely abysmal until it reaches its third stage of evolution, Grimmsnarl, at which point it becomes a bruiser with a healthy attack stat, reasonable HP and special attack, and special access to a unique dark-type move called Fake Surrender, which deals healthy damage and never misses. But it makes sense he would be frustrating to actually use before then: the fellow specializes in moves like Taunt and Frustrate, and considering they canonically feed off the anger and frustration of the beings around them, it’s only logical they would try to annoy both their trainers AND their opponents at the same time.

Oh, and it’s also also one of the handful of Pokemon that’s got a unique Gigantamax form, which also means it has a unique G-max attack, G-Max Snooze. So if you’re a nerd who’s playing to actually win, then this guy will be worth an annoying baby phase.

Let’s face it, Pokémon is at its best when it’s making cute Pokémon that are actually terrifying.

Nothing ruins the allure of living in the Pokémon World like actually reading the Pokedex entries, and discovering the world is rife with monsters that could easily destroy cities, ghosts that will literally sing as they drain your life out of your body, and wooden stumps possessed by the souls of dead kids. Hatterene, for as serine and graceful as she looks, is in the exact same category: because if this psychic-fairy type senses any hostility from you – even from 30 miles away – they’re going to goddamn eviscerate you with claws and tentacles.

Unfortunately, it would be easy to trick yourself into accidentally evolving one of these monsters. Hatenna, its first form, is so sickeningly cute it looks as if it was pulled straight from a Kirby game. When it evolves into Hattrem, it’s basically an adorable fairy wearing an oversized hat, which makes it easy to ignore the Pokedex enter where it says it will oppress any strong emotions it detects “violently”. And once you hit level 42, it’s too late. You’ve created a monster that will hunt you to the ends of the earth if you speak above a whisper to it, and it can sense your fear. Your only saving grace is the fact that it’s got an abysmally low speed, so while you can’t beat its special attack, you can at least outrun it. Assuming, of course, you don’t need to sleep. Because it doesn’t.

But no matter how horrifying it may be in the Pokémon reality, in a fun video game designed for kids, we can at least agree that it is dang cute. I’d make curry for this sweat pea any day of the week. Largely because I wouldn’t risk not giving it exactly what it wants.

Seriously, this this thing should be steel-type with how metal it is.