State of Overwatch: Is Bastion Overpowered?

He's still the lovable troll we know all too well.

by JesseCecchetto on Mar 09, 2017 @ 05:10 PM (Staff Bios)
Comment(s)
Being a competitive shooter with a substantially popular professional scene, Overwatch is constantly changing and adapting to provide the most fair, balanced and enjoyable experience possible. Since it's a hero shooter, Blizzard is constantly having to monitor and adapt accordingly to findings made by the community. Arguably the hardest games to balance are MOBA's and hero shooters since they have dozens and dozens of completely unique characters.  The sheer number of variables as far as ability combinations make it very hard for Blizzard to tell which abilities and even which heroes are sufficiently balanced without a thorough amount of testing and time investment involved.  Most changes are made in a public test realm before making their way to live servers in order to provide the smoothest transition possible, but sometimes, problems are made aware well after the release of content.

Recently, Blizzard decided to give Bastion a substantial buff, and rightfully so. Players have been up in arms about Blizzards changes to perhaps the most hated hero in the game. Bastion is well known for being the least viable hero pick in competitive and social play. He is virtually never seen for the most part, especially in the professional ranks. Although Bastion wasn't a very commonly chosen hero before his recent improvements, he was the most complained about hero around the launch of the game last year. Since he is extremely easy to play thanks to his sentry configuration and the sheer amount of damage he can dish out, inexperienced players were able to wreak havoc with him since nobody really knew how to counter him properly due to lack of experience. Most players complained that Bastion was overpowered, while few experienced players along with Blizzard acted as the voice of reason, explaining that there are many efficient counters to bastion. After enough time was put into the game by the community, the majority of players started to realize how weak Bastion was compared to other heroes, and from then on, seeing Bastion chosen on either attack or defense, became a rare thing. 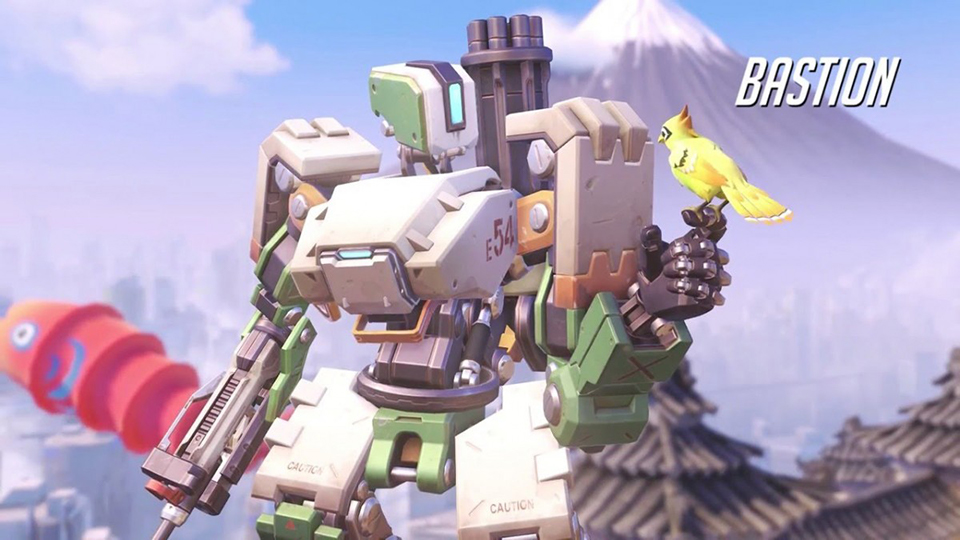 Developer Comments: The goal of these changes is to move some of Bastion's power from Configuration: Sentry to Recon, while keeping its sentry mode a strong option, especially versus tanks and barriers. Overall, Bastion should feel stronger and more flexible with these changes.

Fast forward to today, almost a full year after the release of the game, Blizzard decided to give bastion a complete makeover. In an attempt to make Bastion a more viable and commonly chosen character, Blizzard gave Bastion an extremely extensive buff. The most controversial of his changes was the introduction of his new passive ability:

Shortly after introducing these changes into the public test realm, players quickly realized that Bastion was completely overpowered. They accused Bastion's new passive ability, Ironclad as the culprit for his overwhelming power. Jeff Kaplan made a statement shortly after, stating that he agreed Bastion's passive ability was a bit overboard and decided to bring his damage reduction down to %20 from %35. This satisfied most players and the community in general came to the conclusion that Bastion does feel a lot more powerful, without feeling too powerful. Of course, there are some players out there who still think he's too overpowered, but not everyone is going to agree. 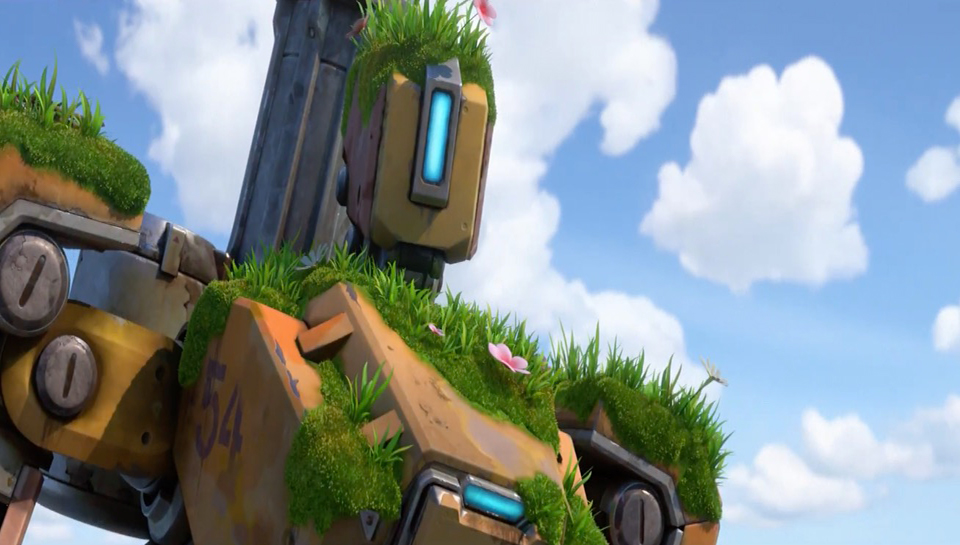 Arguably the biggest problem with Bastion was his recon mode. You virtually never saw a Bastion out of sentry mode, unless he was running, or about to die. Literally, his only redeeming quality was his sentry and tank configuration. Recon mode was just not viable as an offensive stance, or even an escape method for that matter. His rifle didn't do substantial damage, and it's spread was completely all over the place. While most people thought maybe his movement speed was an issue, Blizzard decided to increase his rifle's magazine, and decrease the spread. While these changes don't seem like enough to make Bastion's recon mode efficient or even viable, it was the changes Blizzard made to his self-repair ability that really optimized his performance while in recon mode. Self-repair used to be a healing ability that could only be used while stationary, while also being interrupted by damage. Essentially, players would have to either kill their attacker before repairing in sentry mode or quickly switch into recon mode and hide around a corner before safely healing themselves. Blizzard made it so that self-repair could be used while in motion, with the added bonus of being able to use it while taking damage. This completely changed the game for Bastion. He can now potentially heal through incoming damage, while another player deals with the attacker, or until an ally comes to heal you, while also having the option to flee while healing at the same time. It not only gives Bastion more options, but it also makes him much more survivable while in recon mode. Instead of being an infinite ability, Blizzard added a resource meter to his self-repair ability, similar to DVA's shield meter. 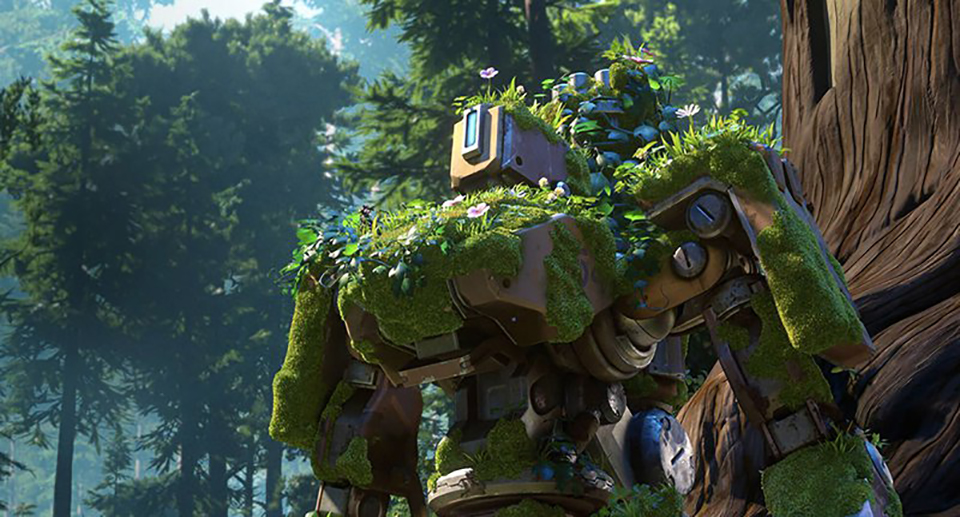 Blizzard also made a significant amount of changes to Bastion's sentry mode, being both buffs and nerfs. To make switching into sentry mode feel less suicidal, his configuration time was lowered from 1.5 seconds to just 1 second, making switching it and out of sentry mode, faster, safer and more efficient. Instead of increasing as his turret is fired, Bastions bullet spread while in sentry mode is always at maximum capacity right from the first bullet, as well as being increased by %50. While he no longer is able to deal critical damage to enemies in sentry mode, Bastion's clip was increased from an already large 200 to a massive 300. The last, more subtle change Blizzard made to Bastion, was removing the extra armor he receives when entering his tank configuration. This was most likely changed to compensate for his damage reduction via his Ironclad passive ability.

While Blizzard did virtually remake Bastion, it was well overdue. Bastion has been the laughing stock of the Overwatch hero roster since roughly the launch of the game. It's about time he got some tender love and care, and finally, he can shine again as the lovable walking turret we all know and love.