A classic example of a nice guy, not a good guy.

by pocru on Jun 20, 2021 @ 02:09 AM (Staff Bios)
Comment(s)
E3 was this week, as you no doubt noticed, and while I know it’s something of a tradition of mine to grade the participants of this event for their presentations… this year I’m just not feelin’ it. It just wasn’t very impressive, and the entire thing loomed under the shadow of a year’s worth of pandemic that no doubt delayed releases, slowed development, and generally made a mess of things. The coolest thing Capcom showed us was Resident Evil DLC. Sega decided to not show up again. We saw some of Starfield but it didn’t actually show us much. And while Nintendo graced us with a Breath of the Wild 2 trailer… it didn’t really scratch my itch the way I hoped it would. 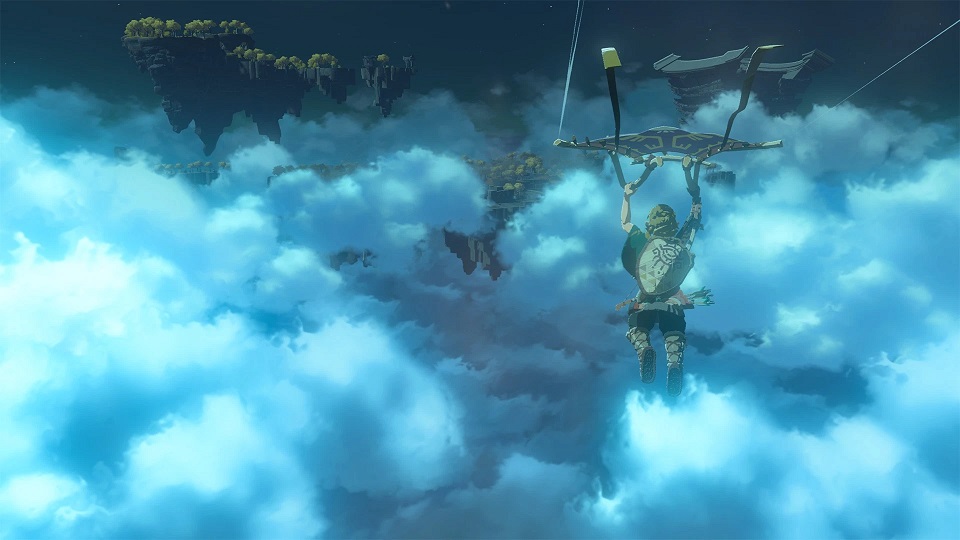 So this was an all-around D+ E3 kind of year, which is fine, because something else big happened in the industry that I would much rather talk about: Wednesday this week, Five Nights at Freddy’s creator Scott Cawson announced he was retiring.

“But here on the seventh anniversary of the first game’s trailer, as I realize that I was in my mid-30s when I created the series and now I’m approaching my mid-40s, I realize that I miss a lot of things that I got to focus on before Five Nights at Freddy’s became such a success. I miss making games for my kids, I miss doing it just for fun, and I miss making RPGs even though I stink at it. All of this is to say that I am retiring.”

This might come as a surprise, given how a brand-new FNAF game, Security Breach, is slated to come out this year, and it was always clear by the way Scott Cawson engaged with his fans and the community at large that he loved what he did and the universe he had created. Heck, it wasn’t just that he loved what he did: everyone else loved what he did too. He was considered one of the few genuinely good people in our industry, a guy who worked hard and endured failure after failure before turning his greatest weakness into his greatest strength. He was well-known for being friendly, generous with his fans, more than willing to accept feedback, and graceful in defeat, even going so far as to offer refunds to people who didn’t like FNAF World and to release it for free when it was clear the game was a bit of a dud.

Because here’s the thing: this retirement isn’t coming out of nowhere. It’s actually coming off the back of the realization that our old pal Scott Cawson was a bit of a problematic figure. There’s a good chance you know all this already, but last weekend it was revealed that the man had spent a good chunk of the mountain of money he earned from Five Nights at Freddy’s making campaign contributions to some of the worst people in Washington. He donated 2,500 dollars to Ben Carson, a biblical literalist and financial scammer who was adamantly anti-trans and claimed that the Nazis wouldn’t have been a problem if the Jews had the right to bear arms. He donated 5,000 dollars to Mitch McConnell, a staunch conservative and hypocrite who would rather shut down the country than meet Democrats a fourth of the way on any issue. And of course, he donated a solid 2k to our friend Donald Trump, a man so corrupt, vile, and disgusting that I need not list his many crimes on this website. 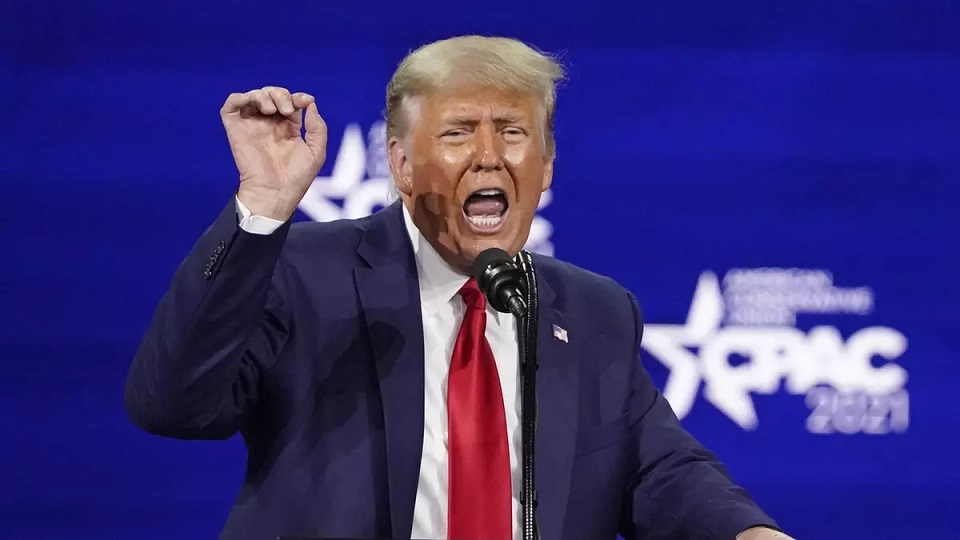 Those were just the most noteworthy contributions, tho: he made 18 in total, 17 of which were going to Republican politicians or Republican institutions, many of which were given to politicians who had expressly taken anti-gay, anti-trans, and anti-immigrant stances. In fact, the only Democrat he donated money to, Tulsi Gabbard, is unique among her peers in that she has a history of also being anti-gay and anti-trans, even going so far as to create a bill in 2020 that would make it a violation to allow trans women to compete in women’s sports.

This paints a pretty clear message: for as much as Scott Cawson put on airs of being a kind, benevolent, and well-loved figure, his politics were a problem. A real problem, that was and likely still is causing real harm to the people he claimed to love. Especially when he tried to “defend” his donations by making the following argument:

Even if there were candidates who had better things to say to the LGBT community directly, and bigger promises to make, I believed that their stances on other issues would have ended up doing much greater harm to those communities than good.

So while Trump and McConnell and others like them wanted to end Trans rights and forbid transitioning children from getting the support they needed to safely explore their new identity, as well as put a stop to homosexuals in the army, strip away a woman’s right to control her own body, and limit marriage: at least they’d, in theory, make the economy better, which would be worth it? It was a flimsy defense, and he seemed to acknowledge that, as he followed up with the claim that he would never submit or apologize for what he did and that he would accept being “canceled” if that was the result of his political beliefs, playing the martyr like the good Christian boy he was.

Except it seemed as if he couldn’t stand the heat of being canceled. Because it took him all of three days to decide he’d rather retire than deal with the repercussions of his actions. 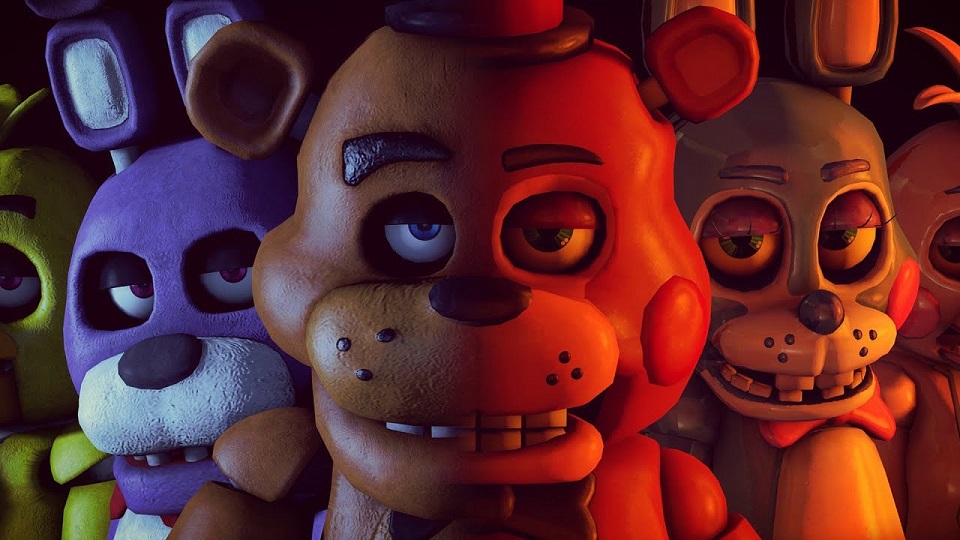 For what it’s worth, the FNAF community did a complete 180 following this announcement: angry posts decrying the man have been replaced with cheerful farewells and honest thanks for all the great games and memories he created. And honestly? That’s for the best. Assuming this guy is being sincere in his retirement (more sincere than his many, many claims that each FNAF game would be ‘the last one’), then it’s far better for his parting to be celebrated with earnest love than besmirched by this comparatively recent drama. The man spent seven years making FNAF into what it is today, and that deserves recognition. It’s good that people can do that without dwelling too much on something that’s very much partisan drama — after all, there are no doubt people in his audience who are delight to hear he’s swallowed the red pill, and they’re also refraining from taking their victory lap to focus on the issue at hand.

But to be perfectly clear: I don’t think this should be forgiven. Pushed aside, sure. The man’s presumably only retiring once and we need to give him his due time, and give some time and grace to the people who want to celebrate the world and characters they love without getting bogged down in this particular quagmire. That does not mean, however, that it should be forgotten, or forgiven. Not only because I don’t want to see this tactic of “don’t yell at me I’m retiring” pay off, but also because if he is going to be unapologetic in the face of his political beliefs, then we, the public, have the right to be unrelenting in our critique for those beliefs.

Yes, he’s his own man and he can spend his money however he wants. That’s America. But America also means people have the right to react. After all, it may have been “his” money, but it was also “your” money, if you were one of the people who supported him. And just like we have the right to be upset with companies when we discover they’ve been using our money to do something we don’t like, we have the right to extend the same critique to individuals.

And I, for one, will not be forgiving Scott Cawson for one simple reason:

I would never begrudge someone for believing in Trump in 2016. Sure, he was already obviously gross, but I can understand why someone would believe a straight-talking businessman who was new to the world of politics would be the reset button the corrupt and bloated US government needed. Getting behind Trump in 2016 would be unfortunate, but understandable. Empathetic, even.

But by 2019, Trump had revealed his whole, true self to anyone who was paying even half of their attention. He flattered our enemies and isolated our allies. He disregarded science and literally killed people in an effort to appear strong and unflappable. He lied constantly. He divided the nation worse than it had ever been divided before, stoked the flames of hatred between parties, and did irreversible damage to our environment, our national security, and our national unity. The man was a monster to anyone who wasn’t blinded by his many, many lies: and believing he was the “strong man who’d protect America from our many enemies abroad” is proof that Scott Cawson is either blind, dumb, or lying. And I genuinely don’t think he’s the first two. 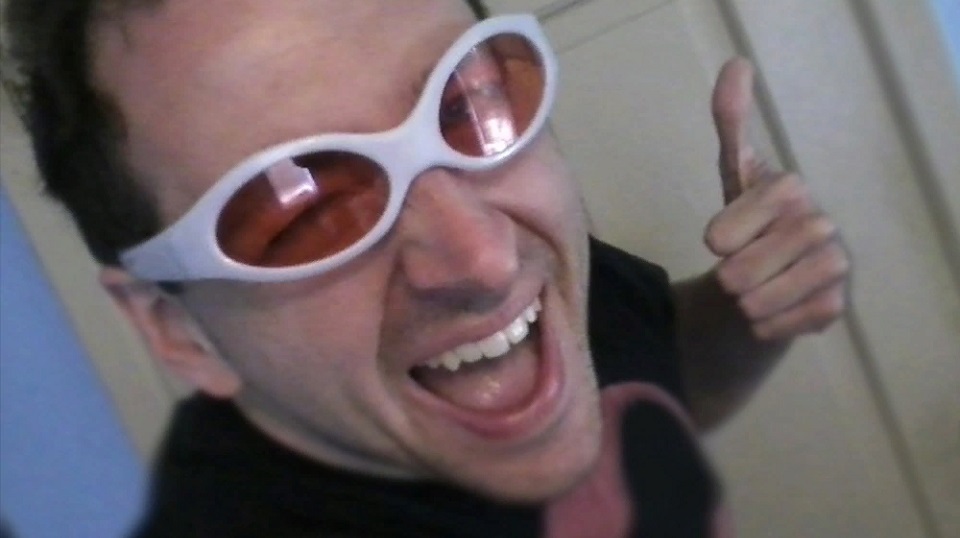 And I’m not going to thank you, either.