But is it real?

Reddit user snow9876 posted to the Xbox One subreddit about a discovery they had made. They noticed that Mixer, Microsoft's video game live streaming service, has a listing for a "Fable IV." This has sparked discussion of why this listing may exist. 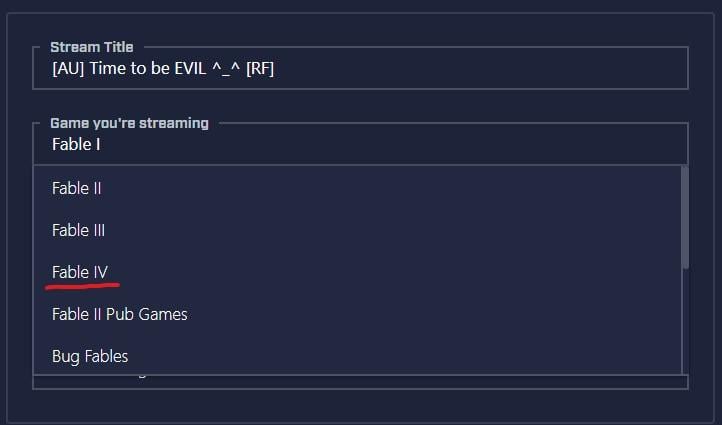 Some believe that this is a leak. With Microsoft owning and publishing the franchise, it makes sense that their streaming platform would be the first to have the game's information. And with E3 nearly here, they suspect that the game was just added a bit too early.

Others aren't as sure. They wonder if this is the result of custom game names put in by Mixer users, or something of that nature.

In truth, we don't actually know which is the truth. Microsoft has yet to speak on the matter. Should the name be removed from the listings without an official statement, people will continue to suspect it as a legitimate leak. Though to be fair, Microsoft could come out and say it was fake, and people wouldn't believe them.

Odds are, if you had an Xbox of any generation, you played one of the Fable games. The ability to alter your form based on your actions and decisions was unique and the story it gave you was engaging. But Fable 3 is about 9 years old at this point. People want another game.

If there is anything substantial happening, we'll know about it at this year's E3 press event. Microsoft has their show on Sunday, June 9, at 4 PM EDT.