by pocru on May 11, 2019 @ 05:16 PM (Staff Bios)
Comment(s)
Y’know, whenever we find ourselves talking about the bad, evil, and generally awful things in the games industry, we’re almost always talking about either specific studios or general trends.

Oftentimes, these problematic studios only become problematic because they exemplify or shamelessly promote the bad and awful things that grip this industry. Crunch, for example, is becoming an enormous and increasingly public issue that’s staining many of the best games on the market. The rise of microtransactions and loot boxes have turned once perfectly good games into “live services” that penny and dime people to the point where even something as simple as a cosmetic change requires cash up front. Riot isn’t the only company that struggles with sexual harassment, I’m sure (Quantic Dreams is said to have that same problem, although it’s harder to know) but they’re now, officially, the poster child for it. And of course, there’s the ever-prominent issue of unionization. “Gamer rage”. Entitlement. Lack of communication. Or heck, even outright lies.

And sometimes it’s just the system itself that we have to examine and critique. We hate CEO Bobby Kotick, as we should, but he’s really just a symptom of a corrupt and awful capitalist system that reward the kind of terrible behavior we hate him for. From a purely business point of view there was nothing wrong with what he did – in fact, it was actually moderately smart. But only if you ignore the human cost and look at things from a purely cynical, monetary way.

But it’s really rare for us to look at a single individual in the games industry and say “yeah, that guy’s the problem”. But that’s where I find myself every time I see ol’ Randy P in the news. 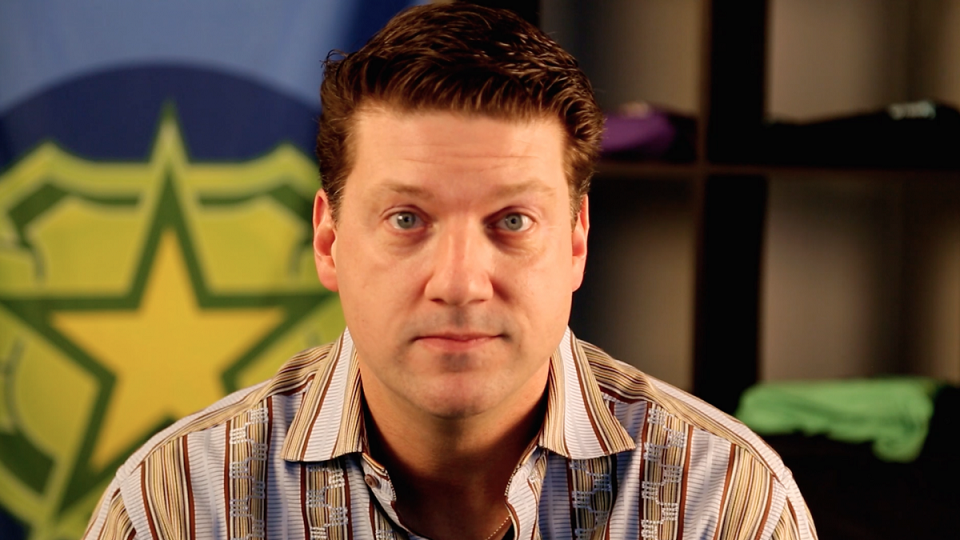 Because if you think about it: any controversy that currently surrounds Gearbox as a studio can really trace itself back to our friend ol’ Randy. Borderlands 2 leaks? Randy has an outburst and insults people. Money scandal? It’s about Randy. Physical assault allegations? Randy’s the one being blamed. Not paying employees or not offering voice actors to come back? Randy’s the one who created that system or lied about the voice actors on Twitter.

If you look at Gearbox itself: the company is shockingly vanilla. There have been no claims of outrageous crunch or a toxic work environment, the people there seem to genuinely love their work. By and large, Gearbox games have a pretty good standard of quality, if we’re willing to forgive Aliens: Colonial Marines and Duke Nukem Forever. And while they did delve into the world of scummy payment practices with Battleborn (admit it, you forgot that existed until now) by and large their games have more traditional and forgivable monetization systems: you can dish out for some cosmetics you’ll never see because you’re in first-person mode, and you can typically get a few expansions or new characters. And plus, they’ve generally been able to avoid the siren song of games as a service, although again the bloated corpse of Battleborn just might be acting as a natural deterrent.

They’re not the best company out there, they’re far from, say, Devolver Digital or Coffee Stain Studios, but they’re really not an awful bunch. Except, of course, the one big, bad apple sitting at the top of the barrel: Randy Pitchford.

The frustrating thing about Randy, of course, is that on paper he’s the perfect CEO. He’s super engaged with his company and with the stuff they make. He’s excited about the stuff they do and is happy to be a public face for the company. He’s got a history as a game developer and as a gamer himself, which means he understands both his employees and his audience. And he’s “transparent” about what he does. If Randy Pitchford were a better human being, he would perhaps be the most celebrated CEO in the whole of the gaming world. 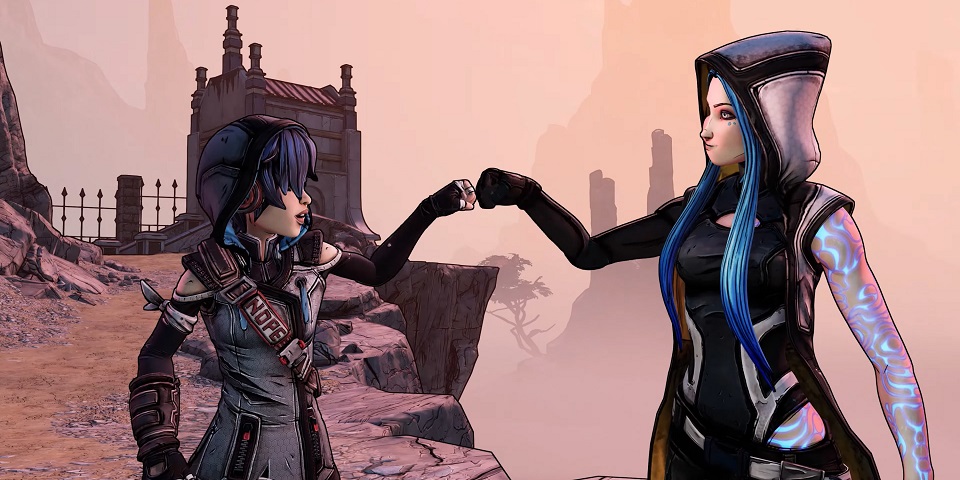 …but he’s not a better human being. He’s, frankly, kind of gross.

I think anyone could tell by listening to him on a stream, or reading what he says on Twitter, but the guy is kind of a douche. He’s abrasive, insulting, and definitely tries to play himself off as the victim whenever he feels slightly threatened or attacked. His “transparency”, on the other hand, usually just comes off as lies, such as when he blatantly lied to the world about Aliens: Colonial Marines, or when he claimed that Borderlands 3 wouldn’t have micro transactions, or that he tried really hard to get certain voice actors back – and again, when he was called out on his lies, he played the victim card. The man simply can’t apologize because in his sick head he’s never wrong: it’s that the haters are out to get him and drag him down. "Haters" he will not hesitate to insult or degrade on social media if he gets half a chance.

Unfortunately, Gearbox is a privately owned company, which pretty much means Randy has no accountability. Despite the problems he causes for Gearbox, it’s his company, and so he'll likely stick around because his Tweets and other personal behavior has made it clear he’s under the impression he’s never wrong about anything.

But regardless of how aggravating it is that he doesn’t seem to face the consequences of his own cruddy actions, it gets me to thinking: how come Randy is the only person like this in the games industry?

I mean, there are other individuals that people dislike and hate -- Activision-Blizzard’s CEO jumps to mind, for example – but that’s not exactly the same. I hate that guy because he’s cruel and manipulative and heartless, but those are traits you find in most successful businessmen: say what you will about him, at least he’s honest and he knows when to shut up. The only other creative I can think who’s like Randy is maybe David Cage, although he’s really more of a pompous, pretentious ass than a fully-fledged jerk. I would never not buy a Quantic Dream game just to keep my dollars out of his pocket, whereas I would definitely do the same for Gearbox and Randy P. 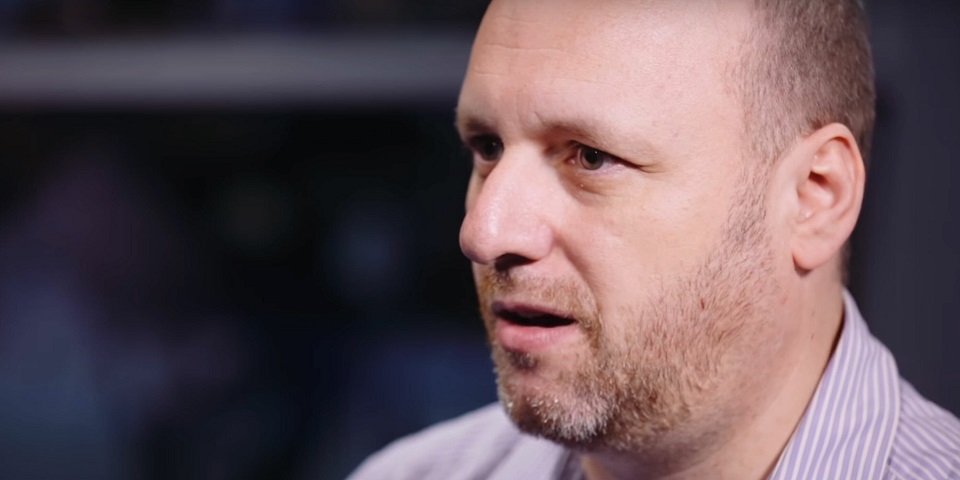 So is Randy P. the sole, outspoken jerk in an industry otherwise filled with mild-mannered, friendly saints? I doubt it. In fact, I bet there are a lot of Randy’s out there: it’s just none of them are high enough on the corporate latter to be noticed.

I find myself thinking back almost a year ago (actually, it’s nearly 11 months to the day) when we found ourselves in a very different controversy with a very different jerk: Jessica Price. While it’s difficult to strip anything involving her with the feminist ideals she tried to represent, if you were to shave all that political stuff away, she had a lot of things in common with Randy P: namely, and unwillingness to ever be wrong, a blatant eagerness to abuse a public platform to push an agenda, an instinctual urge to play the victim card at the drop of a hat, and being quick to throw insults towards people they don’t like.

But whereas she was eventually fired when she took her anger too far one too many times, Randy Pitchford has the full backing of the company he’s founded and a pile of money to sleep on every night. He really doesn’t need to worry about consequences. Which is probably why he feels so safe speaking out and almost reveling in his own bad attitude while all the other hidden jerks in the industry can just look on with admiration and envy as their hero tells lie after lie after lie.

And frankly, I’m not sure there’s anything we can do to get rid of him. Maybe if definitive proof came that he did physically attack someone in the lobby of a hotel, that would be enough for him to “resign”. But I doubt anything short of an actual recording that ends with him screaming “I’M RANDY PITCHFORD BIIIITCCCH” would do the trick.

But that’s just the world we live in. We get less Iwatas and more Randys every day.