by pocru on Nov 23, 2019 @ 05:12 PM (Staff Bios)
Comment(s)
Thanks in large part to the fact I have no life, I’ve been able to spend the past week playing a lot (and I mean a lot) of the new Pokemon Sword. And typically, when I find myself so completely engrossed in a game that I consider to be very good, it’s very easy for me to want to sit down and hammer out 1,500 words talking about why it’s great and why people should play it. I did the same for Dragon’s Dogma, Kenshi, Airships, Nier: Automata, Fire Emblem: Three Houses, Undertale, and of course Dark Souls, which stands as the game I’ve probably written the most about in this particular feature. Oftentimes, I’ll even promote games (such as the aforementioned Dark Souls, Undertale, and Nier) that absolutely do not need the promotion – just because I’m so engrossed by them that I want to share my enthusiasm with the world. 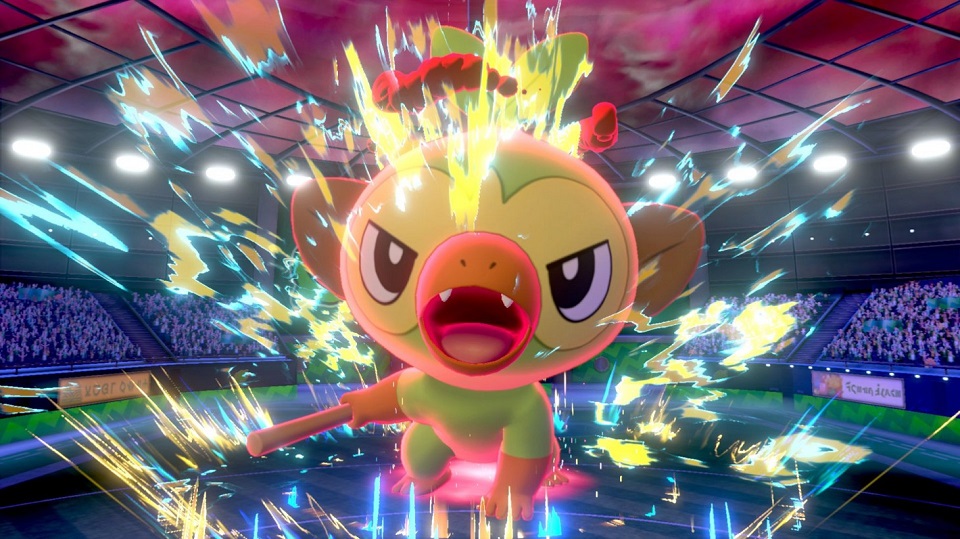 Is it a good game? Yes, it’s a very good game, and an exciting new entry into the Pokémon franchise. But a game just being good isn’t really enough to work with: it needs to have some personality, some quirk, something with a bit of ‘edge’ I can grab onto and turn into a rambling series of paragraphs. There needs to be a point. But the more I think about Pokemon Sword, the less I’m able to really think of one such point to grab onto. Good or bad.

Is the game fun? Sure, but it’s not the best Pokemon game by far – nothing’s beaten Soulsilver yet. Does it have good music? Absolutely, but it doesn’t come close to rivaling the music in Pokemon Sun and Moon, which was, by my count, the only game in the series whose bad guys were made terrifying through virtue of their banger battle theme alone.

Are the new Pokémon cute? Oh, sure – I could go on about the new evolution for Mr. Mime all day, for example – but they’re not as great as the Pokémon we saw in Generation 2, or 3, or even 6. They’re not exciting enough to be worth raising up as the perfect new generation, but they’re also not bad enough to be worth getting angry about (Like in Gen 4. Screw gen 4). Speaking of, yes, it continues to be disappointing that some Pokémon were cut, but jeez, they had to start cutting Pokémon EVENTUALLY if they were going to keep adding new ones, and frankly there are still so many pocket monsters to choose from it’s hard to notice any except the ones you love most missing. I can honestly say that it hasn’t ruined my experience even remotely.

Is the plot good? Well, Pokemon plots are never good, with the exception of maybe Black and White and parts of Sun and Moon (although Ultra Sun and Ultra Moon ruin those good parts, let’s be honest). This one is perhaps the most tame of them all so far, but even not having beaten it I already know it’s not the worst plot ever – I can’t imagine it could be worse than what they did in Pokemon Ultra Sun and Ultra Moon. And the gimmicks? Every game has a gimmick, from the Z-moves to the Mega evolution to the Underground base, and while this game’s Dynamaxing, Wild Zones, and curry cooking are fun, they’re not as revolutionary as double battles, as engaging as the beauty contests, or as personal as the “having a pokemon outside the ball” that we saw in Yellow and the soul games, and that desperately need to make a comeback. 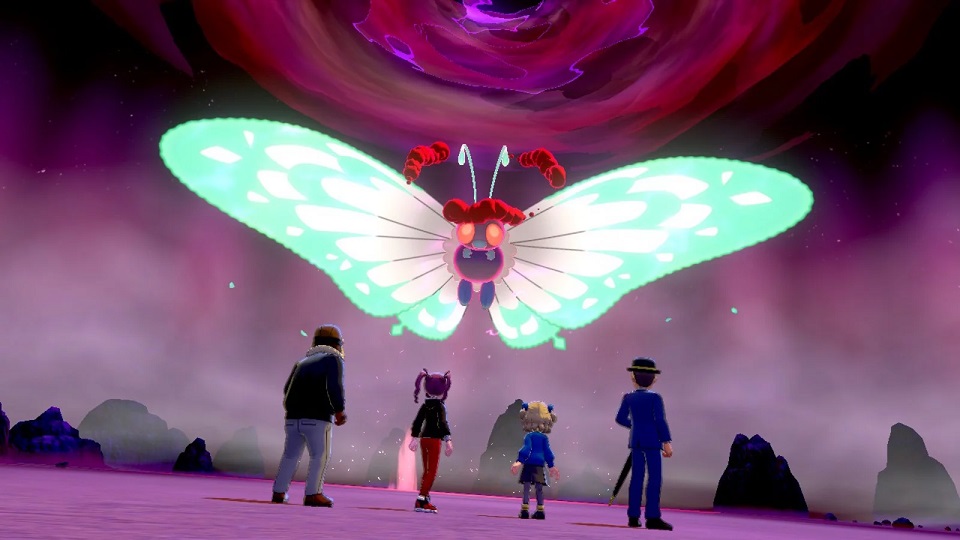 Ultimately, when I was trying to grasp at some edge in the game, I sort of realized that there wasn’t really one For all the excitement and hype and anger that surrounded this game, I’m playing it now (but again, I haven’t beaten it, so this may change) and it feels like maybe the most average Pokémon game I’ve ever played.

And like the very term, that is neither a good or a bad thing.

Because while the spin-offs can dip and rise in quality (for example: Pikachu TV was pretty bad conventionally, while the Pokemon Mystery Dungeons are dearly missed), the mainstream Pokemon games don’t really get the credit their owed for maintaining a consistently high bar of quality. Games in long running series rise and fall – there are plenty of bad Mario games, for example – but Pokémon games are almost always judged on their merits as a Pokémon game, directly compared to their peers, because people just understand and trust that at their core, they’re good video games. I don’t think a single mainstream Pokemon game could fairly be described as ‘bad’. The closest we got was maybe Black and White 2, but that’s because Game Freak hit a gold vein with Black and White and they didn’t really know how to capitalize on it efficiently.

So when I say a Pokemon game is “average”, it’s a good thing. It means that it’s average among other Pokemon games, which are consistently good to very good. “Pokémon” average is “other video game” excellent.

But on the other hand, an “average” Pokémon game lacks something that the ‘good’ games have. And there’s no better way for me to concisely describe it than “heart”.

At their best, Pokémon games aren’t just about collecting Pocket Monsters and sending you across a cool new world to fight trainers and “collect em’ all”. At their best, Pokémon games are about a journey that brings you and your six magical friends close, and they create moments for you and your friends to bond, grow, and create your own little stories. Recent Pokemon games have done a good job at that, for sure: I love that I can set up camp, feed my Pokemon, play with them, and talk to them to see how they feel. And in Sun and Moon, I loved being able to clean, pet, and feed my Pokemon individually. On paper, those mechanics help me grow closer to my Pokemon. In practice, there’s only a handful of emotions your Pokémon can “feel”, and while I’m always happy to read they want to stay by my side forever, it does lose its impact when I see it every damn time I talk to them. They always laugh the same way. Always cheer the same way. Always like the same food. That’s not a bad thing – it’s a natural limitation of video games – but it’s based entirely in mechanics, which are intrinsically limited and restricted.

The best Pokémon games do something different: they create opportunities in the plot and in the game itself for you to feel like your Pokémon are your friends and your heroes, and they let your imagination do the rest. For example: fighting through the Aether foundation with my Arcanine because the music and the plot made it pretty clear that I’d be killed if I lost (any time a Pokémon game drops a conventional “game over”, it’s big news). My Ursaring managing to one-shot the elite four thanks to a frankly genius combination of abilities and items. My Mawile in Soulsilver giving me a “heart” the first time I talked to her. A balls-to-the-wall tough Championship battle I only won because my opponent’s last Pokémon had no moves that could hit my Gengar. 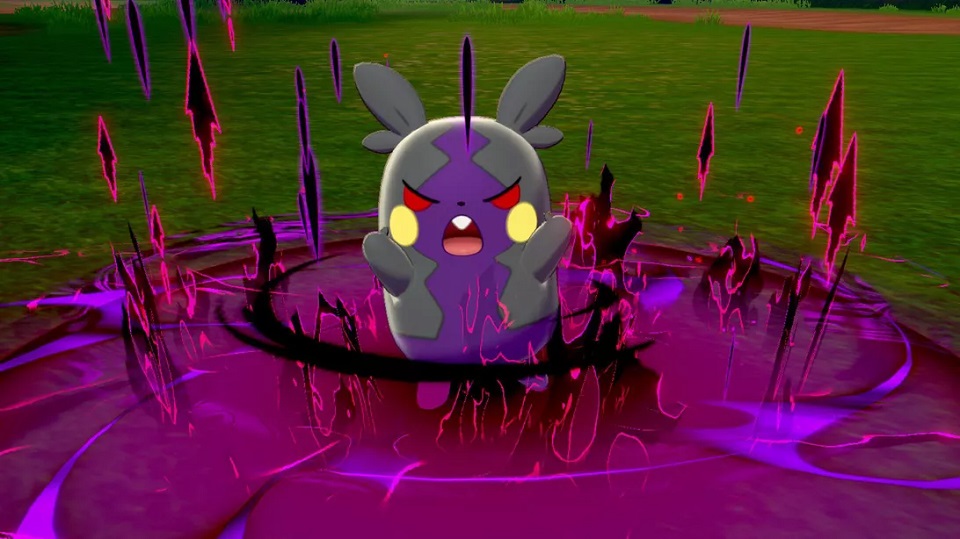 It’s hard to explain. But the best Pokemon games suck me into the world and story to the point where the barrier between myself and my character doesn’t exist. Once I pass that threshold, I don’t need to be told my Pokémon loves me in a text box – I kinda sorta feel it. That’s when they feel the most real. And so far, there hasn’t been a moment in Pokémon Sword where I’ve been that engrossed: all I’ve been doing is making the relatively safe journey through the Galar region, collecting gym battles, and dealing with the mild irritation of Team Yell, who are somehow even less threatening than Team Skull, who at least did one (1) bad thing in the plot of Pokémon Sun and Moon. All of the dramatic plot moments are being ‘handled’ by the adults in the story. Which on one hand I appreciate, it’s a lot more realistic for the Champion and his other adult friends to deal with the really dangerous problems, instead of relying on a strange 10-year-old to save them. But on the other hand, playing Pokémon was never really about becoming a champion or collecting the gym badges: it was about the journey.

And while I can say without a doubt that I’ve been enjoying every step of this journey with my party of very loveable Pokémon, I can also say that I’m not sure it’s a journey I’m going to remember.

But again: at time of writing, I haven’t even finished it yet, so I can always be surprised.