Can next year be a little less awful, please?

by pocru on Dec 07, 2020 @ 08:57 AM (Staff Bios)
Comment(s)
2020 is coming to an end, thank god, and 2021 is right around the corner. It'd be naive to assume 2021 will be any better than the year before it just because the earth completed another round trip around the sun, but sometimes a little naivety is exactly what we need: it's the kind of thing that helps us believe in something as magical as Santa Clause, for example.

And this year, like other years, I'll be bringing all my naivety to bear to ask Santa Clause to make 2021 the best year it can be, at least from a gaming perspective. So take notes, you jolly red saint: here's part one of my two-part list on things you can bring me to make 2021 better than its predecessor. 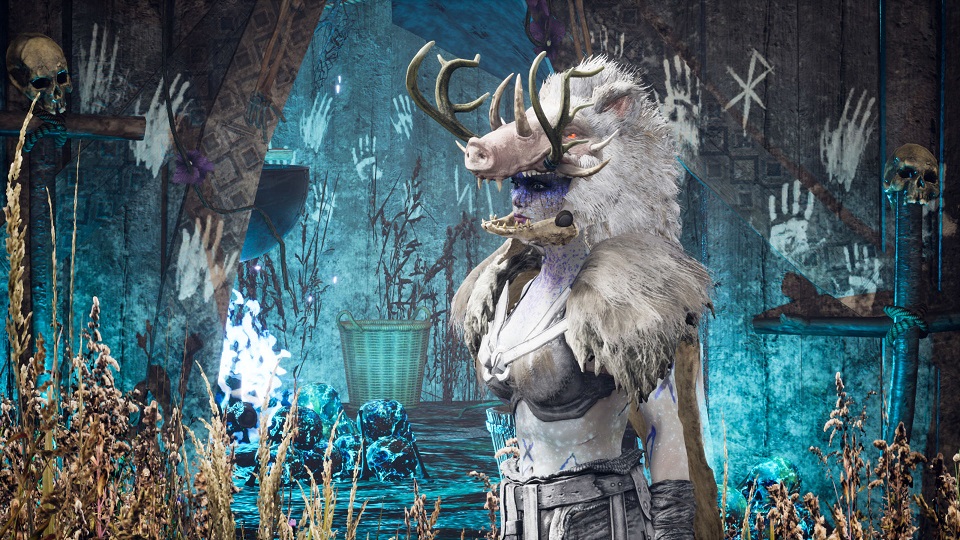 I've covered a lot of lawsuits in my depressingly long years writing gaming news for small websites like this, but I can't think of a single lawsuit that has fascinated me as much as the Bethesda v Ragnarok case.

On paper, it's so absurd: a relatively small studio capable of double-A games at best, claiming that one of the biggest and most prestigious game studios in existence used backwater channels and shady deals to sabotage a game that they claim could have threatened Skyrim's financial domination. There's so much to unpack there: the audacity of claiming their game could somehow best friggen' Skyrim, the notion that a giant studio would be so concerned about a game possibly disrupting sales of their now nine-year-old game, the idea that Bethesda would effectively orchestrate elaborate corporate sabotage when they could just buy out the whole damn IP if they really wanted... it's all so ridiculous.

...and yet when you look at the details, it's curiously plausible. Bethesda was acting strange. The lack of cooperation from Human Head studio is suspicious as hell. And while Skyrim is nine years old at this point, Bethesda still treats it like a golden goose, porting it on everything except maybe microwaves and calculators. While some of this could be explained away as coincidence and bad actors, Ragnarok Games, the publisher, claims to have even more evidence that this was an intentional act of sabotage.

In 2021, I'd like to see more of that evidence. I'm not sure it's there -- hell, I'm barely convinced it would be convincing even if it did exist -- but imagine what a story this would become if it panned out? It would be one of the most dramatic and surprising things to happen in the games industry since Nintendo backstabbed Phillips and accidentally created the PlayStation. And it would certainly raise the question of how many other studios might have had their Skyrim competitors crushed by Bethesda before things got as far as they did with Human Head and Ragnarok...

...but we'll probably need to wait until the court hearings to learn more. 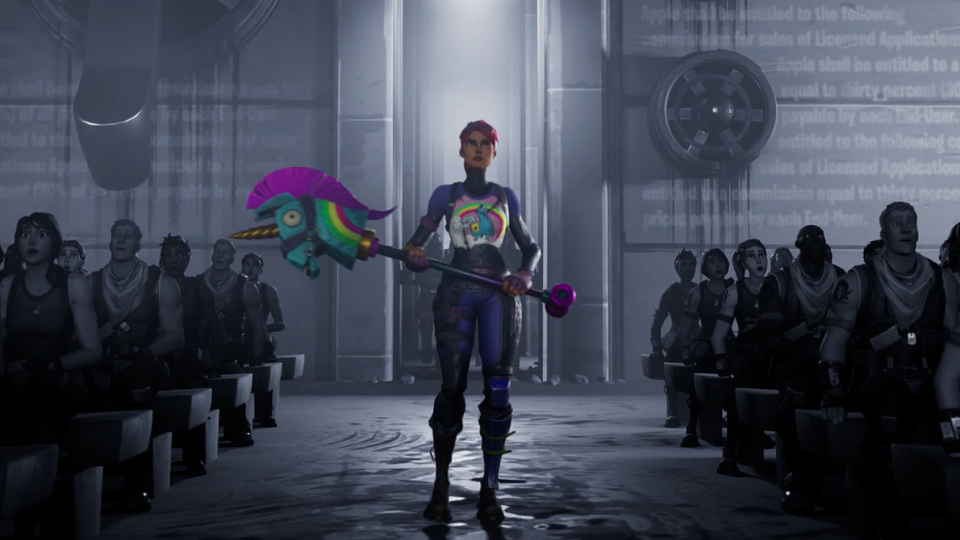 On the subject of lawsuits...

Look, I don't like Epic Games. And there's only so many times I can articulate the fact that I think this lawsuit is selfish, their attitude is childish, and their self-satisfied "for the people" rhetoric is, frankly, incredibly embarrassing. I will admit that if Epic Games loses the case, I will still feel an incredible sense of smugness at their defeat, and I will delight that their attempts to manipulate and weaponize their audience of children amounted to nothing but humiliation and probably a few hundred thousand dollars of revenue from skin purchases.

But while I think their motives are self-serving and conceited, I can't deny that the results of this lawsuit, if they should win, would be a net positive for the world. Reducing the revenue share Apple and Google force on their App creators would allow more money to flow into the pockets of the creatives and creators, and less to flow into the already bulging bank accounts of billionaires. For some apps, that would mean their creatives could be more self-sustained. For others, it means more money for charity. For Epic, it means extra millions on top of the millions they already get, which means as far as I'm concerned, they're the least important party in their own darn story.

Look, Epic has its own problems to grapple with. And they haven't gotten nearly the reckoning they deserve for their awful culture, management, and monetization schemes. But you need a money-bloated monster to fight a money-bloated monster, so for the time being, I'm begrudgingly in their corner. Just don't make it harder than it needs to be, Epic. 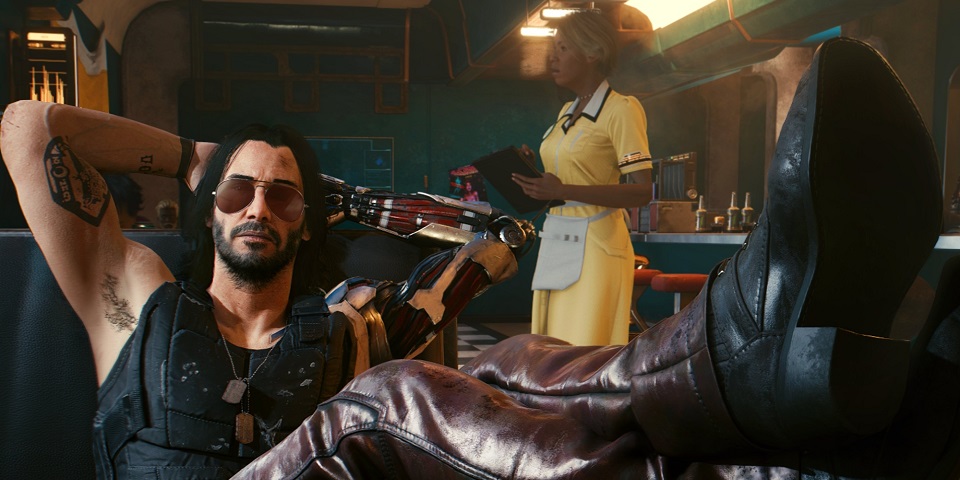 It might seem weird to rank Cyberpunk DLC higher than the incredibly. consequential Epic V Apple lawsuit, but in the end, my investment in that lawsuit amounts to little more than "well it would be nice if they win". By and large, I'm still ambivalent towards that bloated money fight, and I care more -- much more, even -- about how Cyberpunk 2077 DLC is handled.

See, CD Projekt Red has a lot of problems -- crunch being the primary one -- but one area they have routinely excelled at is customer satisfaction. Not only are their games good, their attitude towards monetizing them (free, small DLC after launch, with big exciting expansions later one) some of the most generous in the industry. For a while, I'd hoped that other studios would see how well CD Projekt Red is doing and follow their example.

By and large, they haven't. So I've checked my expectations and in 2021 (or, really, late 2020, because we should find out more about DLC soon after the December 10th launch) all I'm doing is hoping that CD Projekt Red hasn't been influenced by other's examples. I hope they keep the old Witcher style of doing things, because it's a refreshing breath of fresh air in an industry that's so often quick to leap on new and innovative ways to nickle and dime their players.

CD Projekt Red has always let the quality of their work be their main money maker. And I really hope that doesn't change next year.

7) I want Doomguy in Smash Ultimate 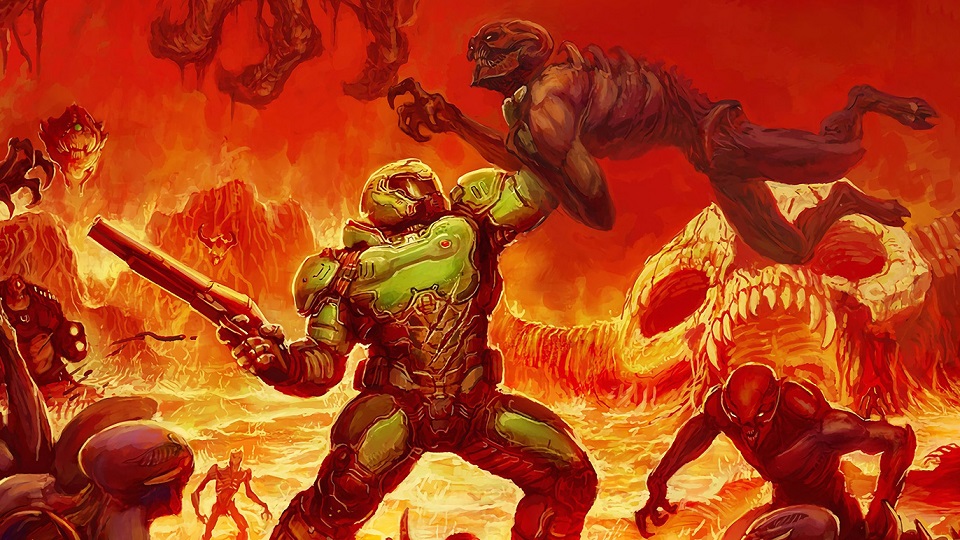 Look if we can have sexy hair witches, the world's greatest soldier, and a teenager with a literal gun, I don't see why Doom Guy can't join the Smash Brothers roster. He's an iconic character steeped in history both in the industry and with Nintendo specifically, he's popular right now, and gosh darn it he deserves a spot alongside Steve from Minecraft and Banjo-Kazooie.

I know it can happen. Microsoft has been more than happy to play ball with Nintendo so far: hell, the last two characters I mentioned are from Microsoft, too, alongisde friggen Fallout. I know that he'd have unique and cool mechanics. And I know I'm not the only one who wants him there. All we need is for Nintendo to make it happen alright?

And yeah, I guess it would be nice to at least have one character from Sony in the roster, like Crash Bandicoot or something, so that everyone from all three major consoles could make an appearance, but I would trade Crash in an instant for Doomguy.

We've only got like 4 characters left to be added to the game, and you know at least two of those are going to be from Fire Emblem again. Give me this Nintendo.

6) Make the New Switch a Killer

Earlier this year, the rumor mill churned out a very believable report that Nintendo was currently working on a new Switch console -- not exactly a "next gen" console per say, but a "pro" version of their handheld console with improved graphics and processing power. Very similar to what Sony and Microsoft did with the PS4 and Xbox One two years back.

An update like this makes an incredible amount of sense to me: the Switch has been a success unrivaled since the days of the Wii, and it remains to this day my favorite console of all time. Additionally, Nintendo doesn't need to stir the pot with new hardware with new gimmicks: between Mario Kart ARG and Labo, Nintendo has shown that it's far from out of ideas for things to do with the Switch. The only thing the console really needs is a power boost to make it a bit more competitive.

That said, I do hope that Nintendo can bring a little more to the new Switch than just improved graphics and processing. Something like more sturdy joy-cons, improved battery life, and a way to link the console to TV's without the use of a dock would go a long way to making a new Switch a must-buy for 2021.

Although I'll admit it is weird to talk about wishing I could give more money to Nintendo.

Anyway, come back next week for the final five items on my list.

Just make sure it's carrots that they're growing.

The similarities are striking.

Hopefully it's better than their last take.

It's not very effective...

NetherRealm Bans Player from MK Tournament for Making Fun of Them

Which has backfired, of course.