A solid, story-driven RTS so far.

by LizardRock on Jun 01, 2019 @ 09:35 AM (Staff Bios)
Comment(s)
Lornsword Winter Chronicle is a story-driven RTS action game based around the militaristic experiences of a knight. Or more specifically, a LornKnight by the name of Corun Lan Ka. Enlisted to participate in a political conflict greater than himself, Corun must command his troops, organize his resources, and strategically engage with a variety of enemies to ensure victory.

At first, Lornsword gave a vaguely nostalgic impression. I grew up with games like Empire Earth and Age of Empires, classic RTS games, so the classic RTS elements in the game paired with the simple main menu, gave a certain sense of "2001."

Not to say it looked outdated. The shapely style of the art was very fitting for the story being told, while the overworld graphics were of a perfectly enjoyable quality. I enjoyed the cinematic voice acting, and it ran as smooth as butter, even on higher settings.

The game is in many ways unlike the classic RTSs of yore, however. It's more simple. You aren't a nameless god, commanding over huge armies of several different makeups. You're one man, Corun Lan Ka. Instead of flying around organizing multiple platoons, you move about on food, commanding those that are within earshot. You have, more or less, 4 different types of fighters to manage, rangers, warriors, mages, and magical summons. 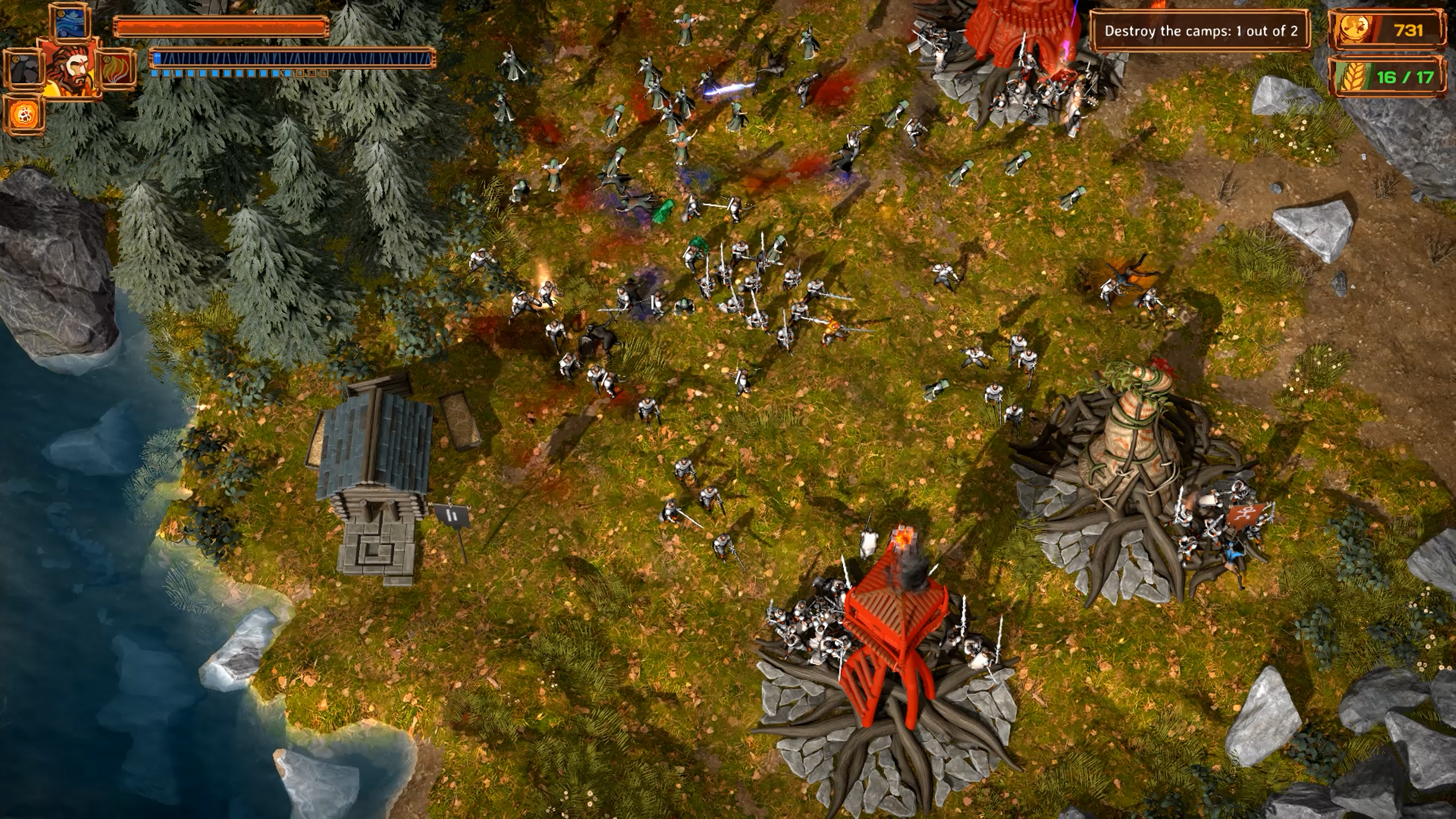 The gameplay also introduces some elements of MOBAs to aid in the simplification. Units come from buildings that you construct, like normal. But instead of waiting for you to command them, they can be set to leave on a predetermined pathway toward the enemy. It's similar to "minions" in various MOBAs. Since you can't be everywhere at once, this level of autonomy ensures that your resource commitments are not wasted on idle soldiers, but at the very least be used as regular suppression of enemy forces. The predetermined pathway is set by torches on the map, so you can ensure that they're making their way to the enemy.

Being a single person on the map also introduced a new kind of challenge: being in the right place. In other games, you can teleport around and command as needed. But this isn't the case here. If you're busy pressuring an enemy camp on the west, then the east side might be at greater risk should it be attacked. If you leave resources unguarded by the autonomous system, then you'll be stuck trying to scramble back when it is under attack. This limitation was one of my favorite aspects of the game, as it shaped the way I built structures and formed a defensive line.

Lornsword Winter Chronicle also manages to be one of the more interesting stories from an RTS perspective. Sure, I've played Age of Empires, Starcraft, and more. But I couldn't tell you a single thing about the story or lore of them. Because frankly, I couldn't be bothered to. Lornsword does a good job of not falling equally short in this regard. Corun Lan Ka experiences a variety of militaristic situations and political intrigue in his efforts to be a good knight. We see how propaganda can influence perceptions of rebels, how nobles hold a stronger hand in government than your standard man will realize, and other thought-provoking ideas. 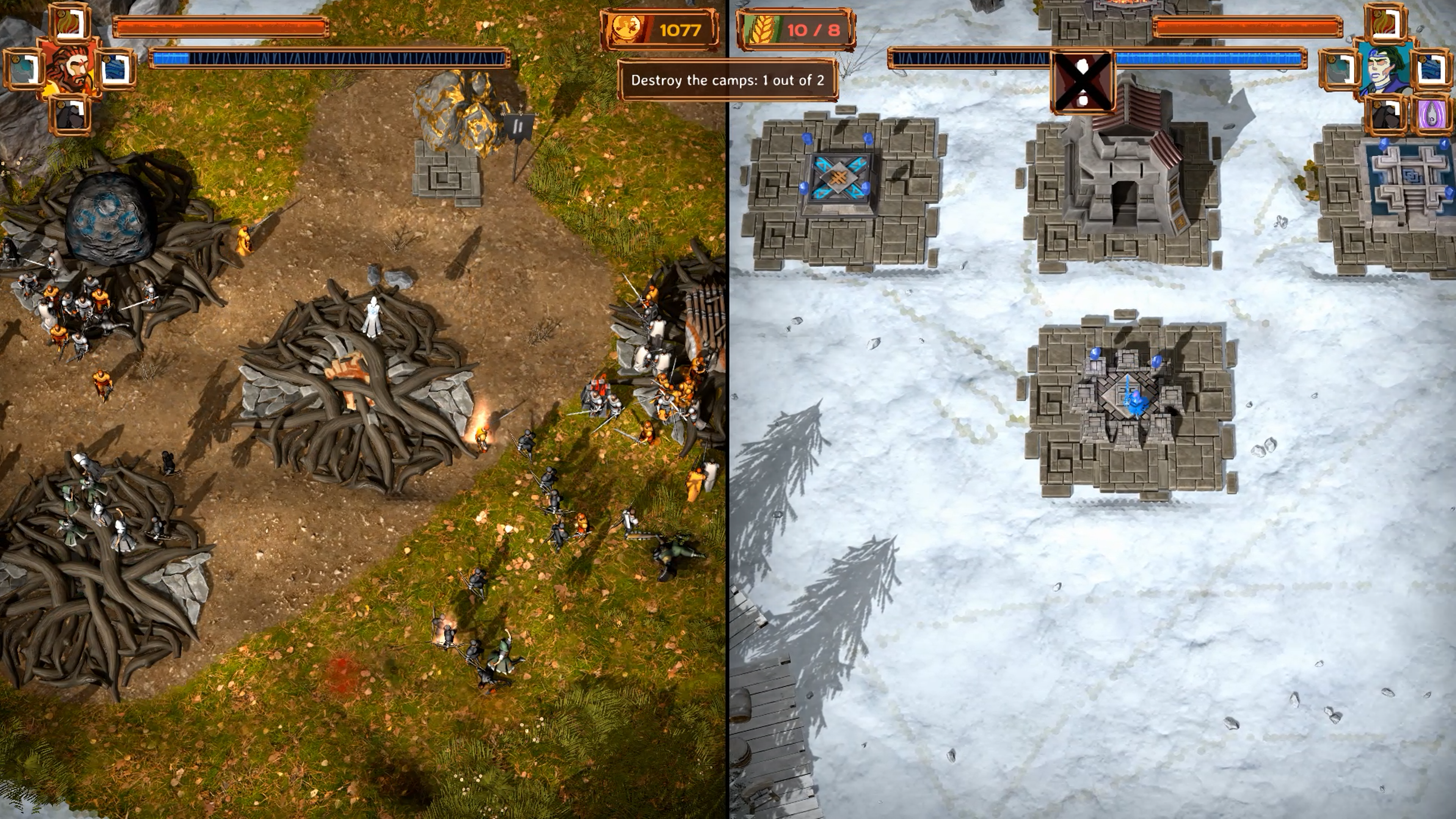 It's also a little bit trope-y. The idea of a soldier who doesn't want to fight but does so in order to provide for his family is an old, overdone idea. Throw in the "things were not as they seem" trope feeding the morally grey actions of the protagonist, and you have a pretty unsurprising story. While the story isn't anything THAT spectacular, it was engaging enough to keep me interested and mildly invested in the characters.

Lornsword supports split-screen co-op. While the game is only available on Steam for PC, this would be a fantastic feature if the game was on consoles. This made me wish that the PC game supported online co-op connections, which it does not currently do. Perhaps in the full release of the game.

One final note I wanted to point out was the footprints. Lornsword Winter Chronicle does, indeed, take place in various winter environments. It also sometimes takes place in the desert. Both of these scenarios featured a certain "desire path" aspect where the footsteps of both the soldiers and the player would ingrain into the ground, whether this was sand moving or snow melting. I really enjoyed this aspect, as it helped me keep track of where I am going relative to my camp, as well as the paths that my automated soldiers are taking. 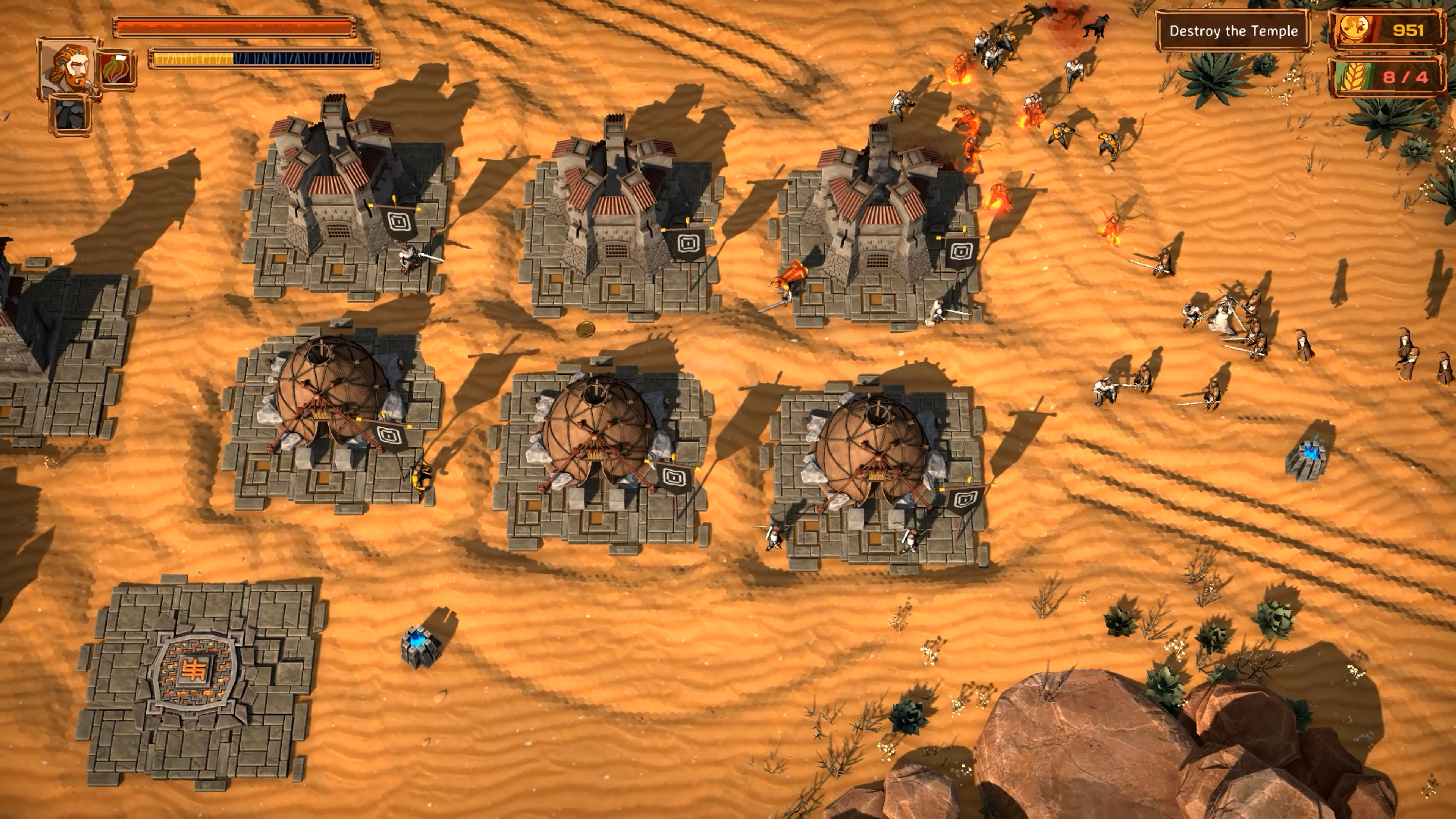 There are a few things I'd like to see added or changed to the game while it's being developed for a full, formal release. Some of these are touched on already, such as online support. 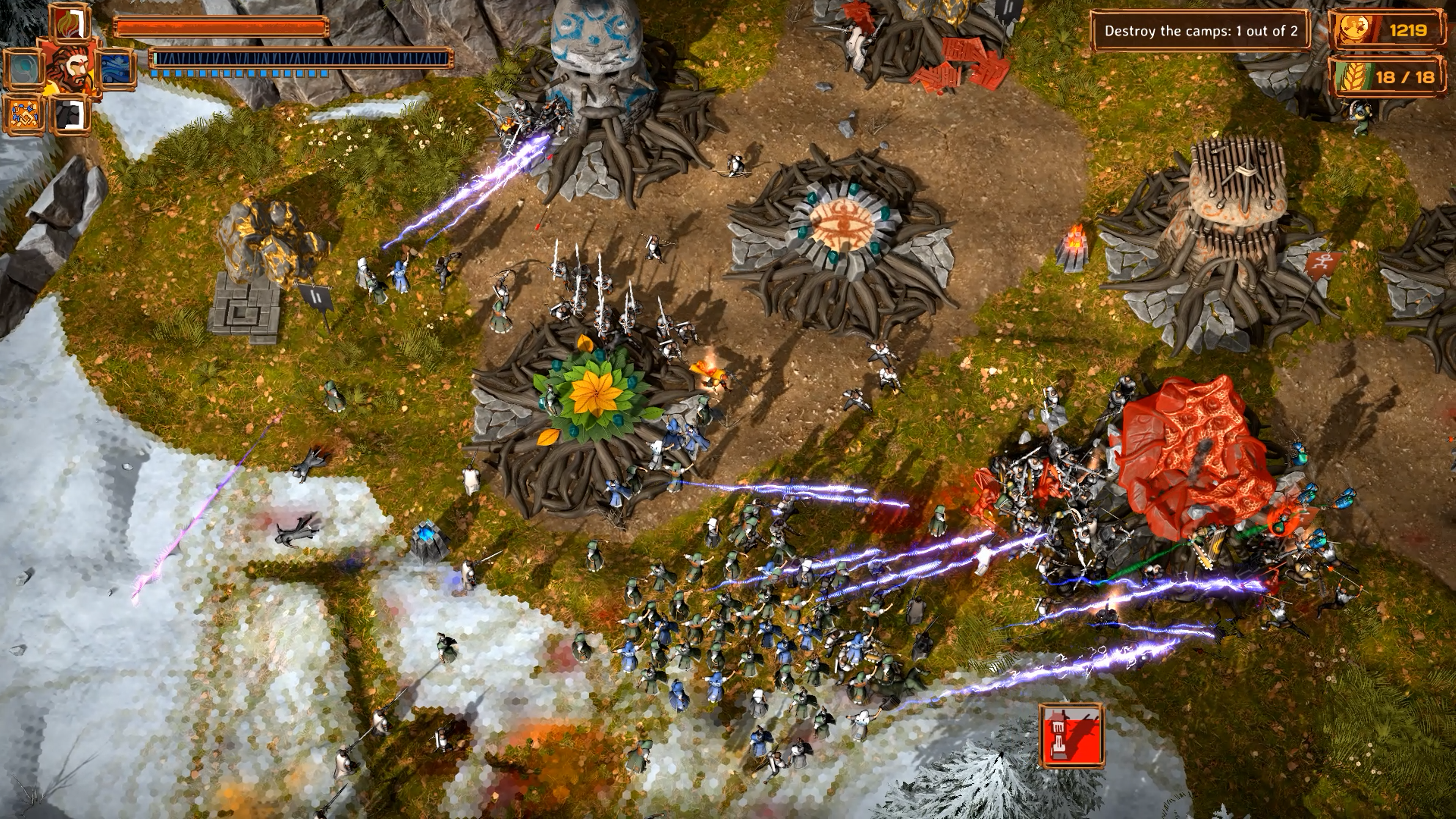 Since this is an early access title and not a finished game, I will not be issuing it a numeric score. the various complaints or praises might change before it reaches the final product.

All things considered, I recommend this game.

In its current state, the $18.99 price tag is more than reasonable. It's a well made and more-or-less problem free strategy game that has an enjoyable mixture of RTS, MOBA, and narrative. You don't have to be particularly good at any of these genres to enjoy the game, as long as you like to strategize.

Lornsword Winter Chronicle is developed and published by TowerFive. It can be found on Steam PC for $18.99 (though at the time of writing this, it has a 10% discount). For more information visit the official website. A copy of the game was provided for the purpose of the article.