Most people might have forgotten, but it warrants another look. 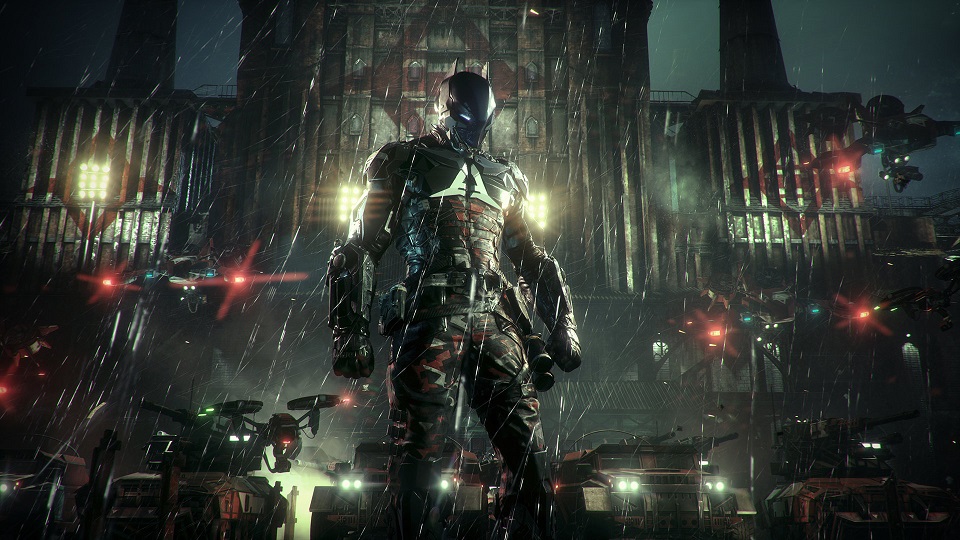 For those of you who need a recap: over a week ago, The Guardian put out an article called “Games firm Rocksteady accused of inaction over staff harassment”: a title that would no doubt bring up memories of Ubisoft and their very similar, if much more damning, accusation. In The Guardian’s piece, they said they were approached by an employee who leaked a confidential letter written to the heads of the company in 2018 accusing them of fostering an abusive, sexually repressive work environment. According to this source, upon receiving this letter, the studio heads forced employees to go through an hour-long sexual harassment seminar, but that was it: no other action was taken, and thus, according to the employee, abuse and harassment continued unmitigated.

At the time, it felt like it was going to be the start of something big, something sad, and something all-too familiar. Before this, at least a dozen other studios, from giants as big as Ubisoft to as small as Lab Zero, had been swept up in accusations of abuse and sexual harassment. The idea of catching another studio being awful seemed like an inevitability, and considering no one had been keeping an eye on Rocksteady for the past few years (with the studio only now rejoining the spotlight thanks to their new Suicide Squad game), it seemed all-too-likely that this company could have been fostering abuse in the shadows of the industry for the past few years.

We were so caught up in the resigned inevitability of the case that we – and I don’t mean the royal we, I include other game journalists in this – didn’t notice the signs that something was off.

For one: only one person had come forward. That in itself isn’t grounds for dismissal, it almost always starts with just one person, followed by others who rally around them to validate their experience. But that didn’t happen this time: in the hours that followed the article, there was no wellspring of support from other employees. This isolated, anonymous employee stood alone with their accusations. And while one anonymous reporter is still valid, and should be considered with earnest… it did break what was, until recently, a fairly reliable pattern. 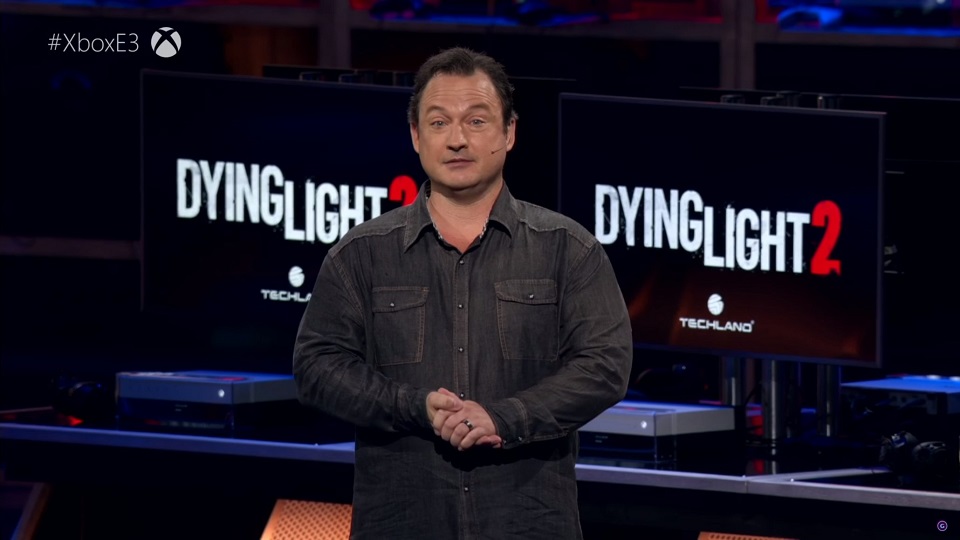 Secondly, no names were named. Generally speaking, when these things happen, the accusers don’t hesitate to point fingers at specific problematic people within the company: Chris Avellone, Max Temkin, Ashraf Ismail, Charles Brownstein, Tom Cassel, Omeed Dariani… they were all fingered fairly directly in the first week of this sexual harassment crisis, and for (most) of them, action was taken swiftly and directly by those in power. This makes sense, because without pointing to individuals who are responsible, not only does it leave the company in question with no way to strictly react to the accusation, it also gives other employees nothing to rally around. It’s one thing to hear “executives at this company suck”, but if you just hear that as a fellow employee, well, it doesn’t give you a lot to work with. You don’t want to be the one who suddenly says “oh geez they must be talking about X”. But when you step out and point to a name and a face, everyone else can recall their own experience with that person and say “oh crap yeah he is kind of a creep” and suddenly, you have internal support. But that didn’t happen this time.

Things got more suspicious later: as I said, typically when these things go down, other employees will rally around the first employee to speak out. And eventually, other Rocksteady employees did, indeed, speak out. One former employee, senior scriptwriter Kim MacAskill, published a youtube video where she claims she was let go as a direct response to that letter…

"As a result of it, yeah, I lost my job. I lost my job. They will never admit that. But [they] quite clearly told me they could no longer afford me and replaced me with a writer within the month. Everyone knew what had happened, and I think it did deter women from coming forward."

But it’s worth mentioning she hasn’t worked there in over two years. So she actually doesn’t actually know if things had gotten better or worse.

Because the second wave of employee commentary sang a different tune: they spoke up in defense of their company, claiming that Rocksteady not only took their concerns in the 2018 very seriously, but also that they didn’t like that their 2018 letter was shared without their knowledge or consent. While we did find out about this letter from the Rocksteady twitter account, no one else called BS on it, so we are left to believe it was real. These employees really did think things were better. 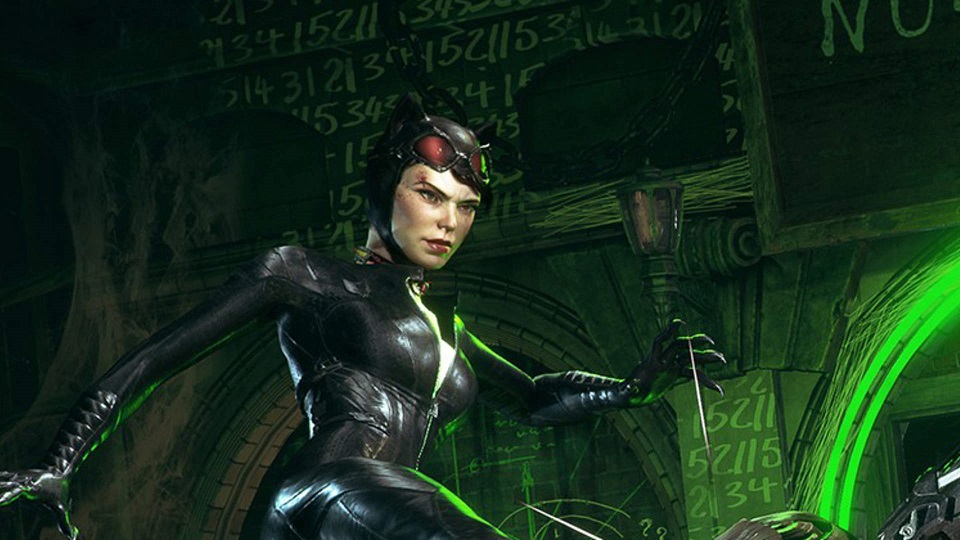 Rocksteady, for what it’s worth, did officially respond to the accusations late last week, saying that they were going to properly investigate any complaints and hire a third party to confidentially speak with all female employees who wish to report any problems. A very reasoned and logical response, which has largely been met with appreciation from both fans and employees.

Since that Twitter post, things have calmed down somewhat as people have turned their attention elsewhere, but I’m still left somewhat confused by this entire debacle. For feeling like it was going to be another log in the bonfire that is the gaming world… it sort of simmered out into a bewildering series of events that defy any satisfactory explanation.

It’s possible – it’s always possible – that the person who reported the abuse was aware of something the other employees weren’t, and rather than trusting Rocksteady to deal with it privately, released the letter assuming that this was a company-wide problem. That appears to not be the case, in which point, the accuser could only be blamed for trying to fix an individual problem with an inappropriately heavy hand, since in the process they clearly violated the wishes of several female employees.

And while it might be weird to say this, I genuinely hope that’s the case. Because there is a second, less PC explanation: the whole thing was a... misunderstanding.

The "evidence", such as it is, is there. In the original Guardian article, the signatory specifically cited Ubisoft’s recent trials as a source of inspiration, and talked about how they hoped publishing the letter would act as a “warning” for other studios. Likewise, the “support” she received came from a former employee who has no real insight into the goings-on within the company, while also having motive for wanting to see Rocksteady burn. And finally…

…I actually know someone who works within Rocksteady. And without going into too much detail, they were both shocked and dismayed by this news, and surprisingly protective of the studio they worked for. They also said they knew several women from within the studio, and none of them had ever complained – to their knowledge – of any kind of abuse or scandal. And they certainly never witnessed anything themselves.

Calling the accuser a “fake” is a dangerous game, and not something I plan to do: I don’t have nearly the experience or exposure to the case to make that kind of call, and I think it would set a dangerous precedent. After all, misogamists and toxic haters are prevalent in this culture, and this would be the ammunition they would need to “fight back” against future, more clear-cut cases of abuse that might come from the industry. Nothing would make them happier than to point to Rocksteady and scream “IT WAS ALL FAKE YOU FAKE” to other, would-be accusers. And finally, of course, we don’t want to let any accusations of “fakeness” interfere with or discourage other women or men who are considering reporting more clear-cut cases of abuse within their company.

But all of that said, it would be doing Rocksteady – and the people who work there – an enormous disservice to assume guilt if only to help empower a noble cause. We shouldn’t have to sacrifice an “innocent” company on that particular altar, we just have to acknowledge that while false accusations are incredibly rare – apparently only about 2% of all accused sexual abuse is false – they are not non-existent. 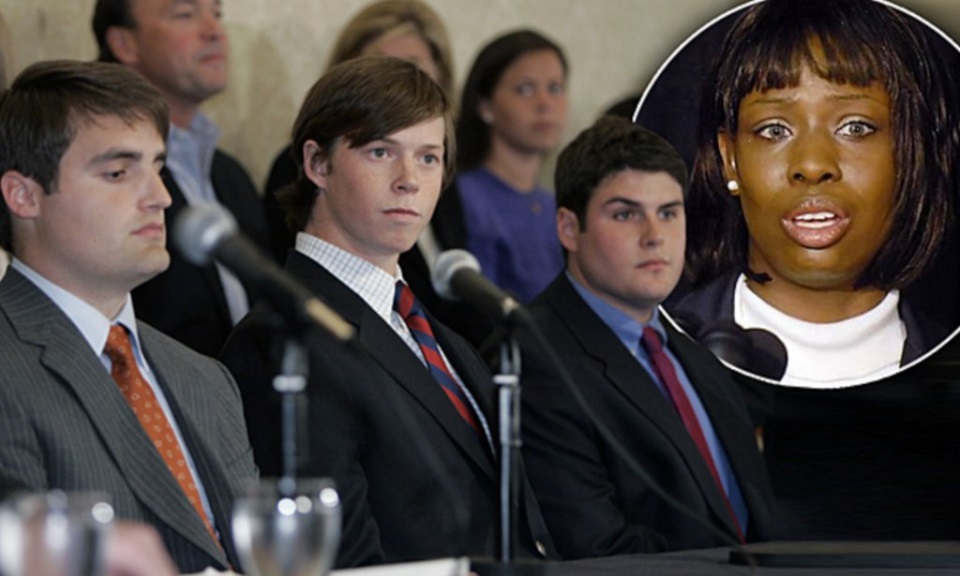 Like I said, I have no definitive proof either way. And the rest of the gaming world seems complacent to simply bow their heads and let this particular episode slip past. And I understand the appeal. With all the ambiguity surrounding it, it feels a lot better to simply ignore it as an outlier and to focus more on people like Ubisoft who are more obviously and shamefully guilty.

But an ignored mark of shame is still a mark of shame. And I think that we can at least acknowledge the possibility – maybe even the probability – of these accusations being false without also compromising our resolve to continue to support abused women and employees and to believe their stories.

It’s a morally grey world out there. We kind of have to act like it.