I know it's old news, but humor me.

by pocru on Jan 10, 2021 @ 11:50 AM (Staff Bios)
Comment(s)
I've been on holiday for the past few weeks, but even though I wasn't writing for GamerzUnite, I was obviously still keeping abreast of the latest gaming news, because I had nothing better to do with my time. And while things were predictably slow for most of it, the release of CD Projekt Red's long-awaited RPG, Cyberpunk 2077, was probably the biggest splash of what remained of 2020. 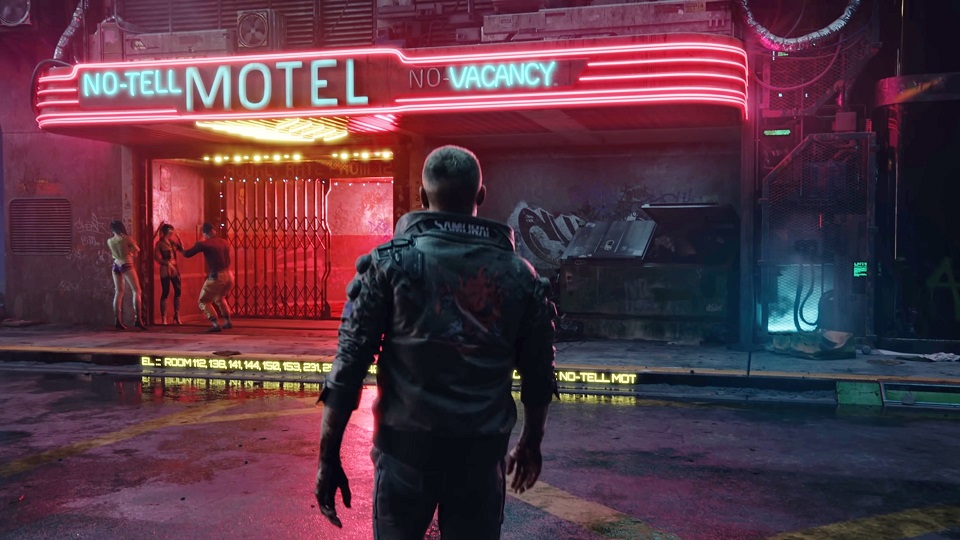 For what it's worth: the most highly-anticipated game of the year turning into a complete pile of garbage is probably makes it the most quintessentially 2020 game ever made. What could be a better representation -- and climax -- to that awful year? People were looking at that game as the light at the end of the tunnel, their reward for having endured pandemics and wildfires and politics and natural disasters and civil unrest. Some were even expecting to use Cyberpunk 2077 as a consolation prize for a holiday season where they wouldn't get to see their friends and family.

In a lot of ways, we projected a lot on Cyberpunk 2077, and a part of me feels like the resulting disappointment and anguish the game eventually caused was more our fault than CD Projekt Red's. Don't get me wrong: CD Projekt Red hyped the game like crazy, and we ate up their marketing bull with a silver spoon, but that's all it really was -- marketing. The claims CD Projekt Red made weren't anywhere near the level that, say, Hello Games made when it was hyping up No Man Sky. They weren't promising features that weren't there, they weren't claiming it was a transformative experience, they just proclaimed it was going to be a really good RPG.

So when I see these things like special refunds and lawsuits from investors, I kind of feel like CD Projekt Red is the victim. They did nothing unusual from a purely marketing perspective. There were no broken promises of misrepresentative demos. Sure, they lied about the quality of the game, but that's what marketing does -- if you want to get mad at CD Projekt Red for that, you need to get mad at the rest of the gosh-darn industry as well. Don't get me wrong -- it's entirely valid to dislike how dishonest the game industry can be, and that's a valid discussion for another time, but if you want to sue CD Projekt Red because their trailers didn't show off the bugs, awkward handling of transgender people, or seizure lights, then you're holding them to a highter standard than we hold the rest of the industry. 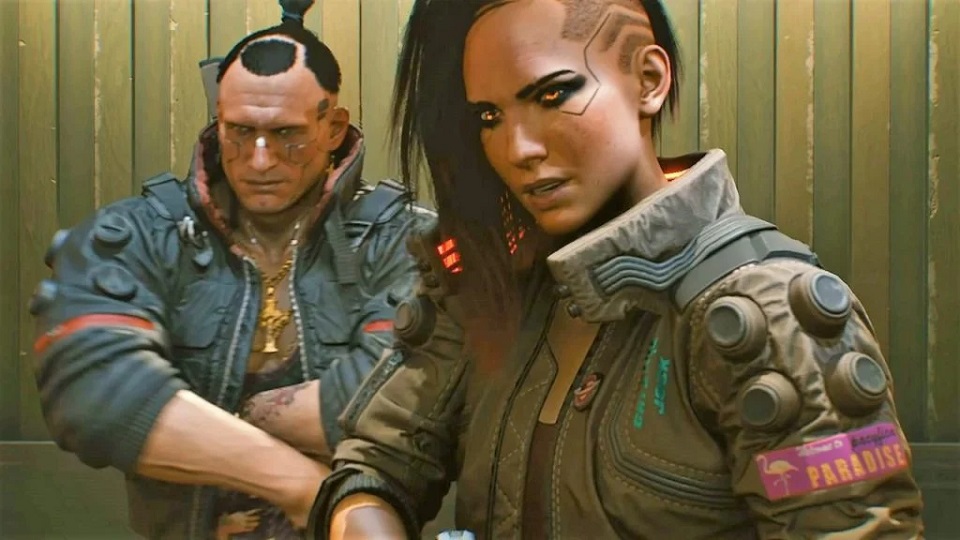 Oh, and of course, CD Projekt Red had a reputation, that much is true, but people forget the reputation was recently earned: The Witcher 1 and 2 were FINE, but they weren't the revolution that The Witcher 3 was. Gwent was alright, but it lacked the longevity that makes other CG's, like Hearthstone, so popular even years after they launch. On average, CD Proejkt Red made good games, but since they hadn't cracked out more than one Witcher 3, we could -- and should -- have assumed that it was "lightning in a bottle", not a metric for the overall quality of their future games.

So ultimately, with Cyberpunk 2077, I kind of feel like we played ourselves on that one. I don't think I have anything else in particular to add about the game itself, especially since I haven't actually played it myself as of yet. What I'm more interested in discussing with what remains of my time here is where we go from here.

Because even if CD Projekt Red didn't produce the masterpiece that we had hoped they would, it doesn't mean that the game itself has been any less impactful. Remember, this was the game that scared other developers so much they openly moved their other launches around to avoid competing with it, and we do live in the age of the pre-order: in spite of the negative reviews and the potentially life-threatening 'features' that had to be patched out post-launch, Cyberpunk 2077 has been a massive success by the only metric that really matters to a business -- sales. But this is also a game that was delayed several times, "needed" crunch during the final stretch of development, and in spite of all that extra time and manpower and money, still came out looking and feeling half-baked, with more bugs and issues than your average Bethesda release.

For one, I don't think there's any reason to suspect CD Projekt Red won't try to fix the game. While we have learned that strong marketing and reputation means more than the actual quality of the product you're making (again, thanks to pre-orders), that does hinge on actually having a good reputation. And we already know that a lot of goodwill can be restored (if not improved outright) if a developer makes the effort they should have made before their game went gold. You need look no further than the aforementioned No Man's Sky, or even Fallout 76, which I'm told is good now. One might think that a single-player game, where replay value isn't super important, they could probably get away with being lax on that front, but remember: there are paid expansions planned for this game, as well as a multiplayer mode intended for a 2022 release, which probably means CD Projekt Red was pinning a lot of their future on this game. 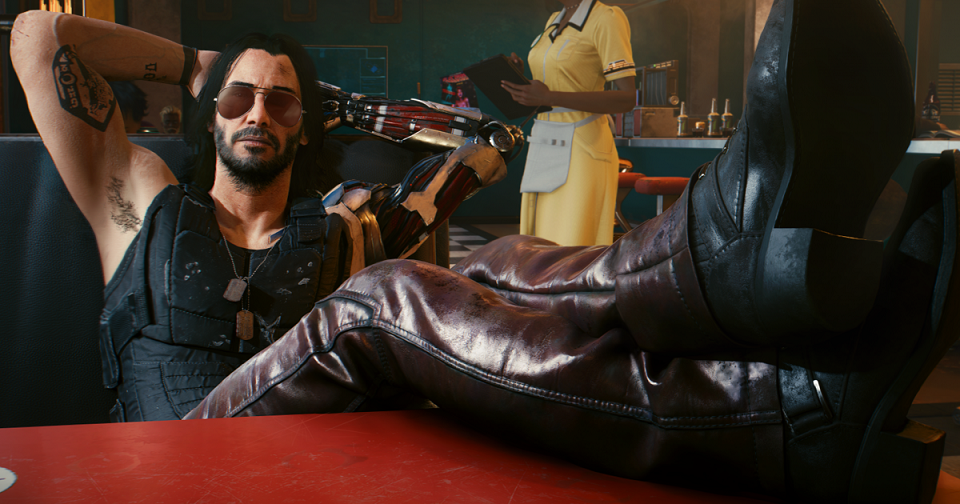 That's good news for people who own the game, or who would still like to play it, but that does raise a second question: how much could the developers meaningfully change at this point? I'm sure they can crush bugs and improve performance -- something the last-gen versions of the game desperately need -- but what about the issues with trans representation? The stale gunplay? The meaningless alternate routes? The lackluster opening? Will those be fixed post-launch, or can we expect that the game will always be weak in those regards?

But probably more important than any question about the future of the game is the question about what, exactly, happened. CD Projekt Red had at least eight years to work on this game, which included a number of delays and at least one period of crunch. The game is big, sure, but they had more than enough time to prevent some of these issues altogether. There's no reason to believe a studio running competently would be making so many mistakes with that many resources at their disposal, which means we have to conclude that something is happening behind the scenes at CD Projekt Red.

The best-case scenario is that CD Projekt Red is just being mismanaged. Their managers and executives are doing a bad job, and as decision-makers make bad decisions, the grunt workers inevitably make mistakes and errors that add up and fail to be addressed as the game continues to develop. It's a tragic thing, but it's well known enough in the business world that the smartest don't always rise up to the top: generally, it's the schmoozers or the 'predestined' who wind up in those roles, and just because you can kiss butt doesn't mean you're qualified to lead squat.

The worst case scenario is that there's something big and bad happening at CD Projekt Red. Probably nothing as bad as what was happening at, say, Ubisoft, but CD Projekt Red is definitely a more insular company than Ubisoft was: if there really was a culture like that hiding in the background, it strikes me as very likely it would be much more impactful, and much easier to hide. That said, it's also incredibly unfair to CD Projekt Red to assume this might be the case: however good or bad the studio might be, it's not healthy to become so presumptuous about the state of the industry that any bad press leads to people assuming sexual or physical abuse is running rampant... however justified such fears might seem at times. 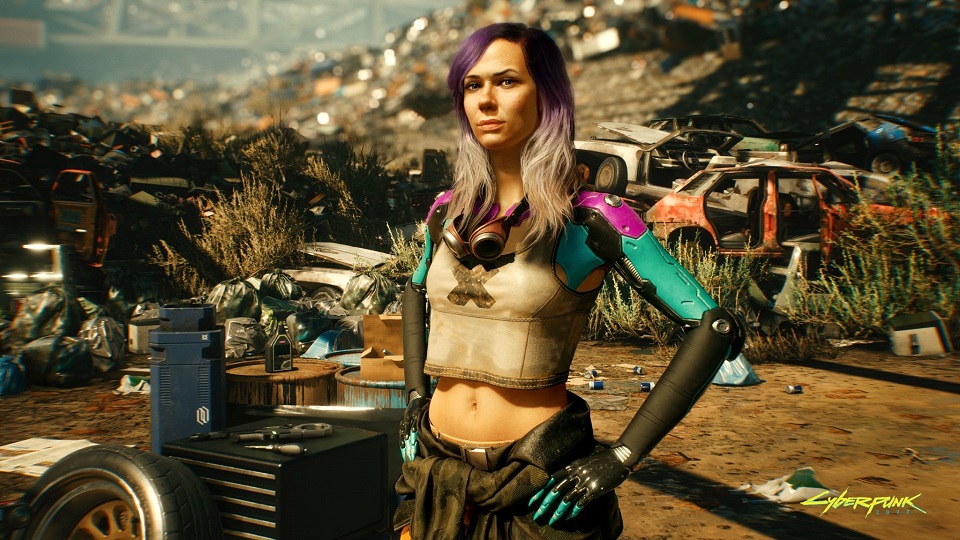 But regardless of what explains this delay, it's entirely possible (if not incredibly likely) that CD Projekt Red might act as a case study for other studios who have been looking at it as a source of inspiration. After all, if any normal studio spent 8+ years on a game that turned out as bad as this, it would spell the end of the studio -- particularly with how toxic the notion of crunch has gotten within the gaming public. If CD Projekt Red could make anything good out of Cyberpunk 2077, probably the best they could do with it is use it as an example of why management matters: and if other studios could internalize that message, and then act on it, it's possible that CD Projekt Red really could be the best game of 2020.

That said, if the Games Industry was ever good at learning lessons, it wouldn't really be the games industry, now would it?