Layers of Fear 2 Review: A Near Perfect Mix of Horror and Art

An act of creation always begins with an act of destruction.

by LizardRock on Jun 27, 2019 @ 10:59 AM (Staff Bios)
Comment(s)
We all have to do things we don't want to do sometimes. For most folks, this is taxes or awkward family gatherings. But for this Hollywood actor, it involves boarding a cruise ship to perform in a film by an enigmatic director. I didn't understand why the situation was so difficult and I was in no way prepared for the nightmares that I would be presented with in Layers of Fear 2.

Layers of Fear 2 is a first-person, psychological thriller/horror video game with an emphasis on exploration and story. Developed as a sequel to the original Layers of Fear, the game has little to no connection to the first game, instead using the title as an opportunity to embrace a new theme: classic film.

In the game, you control an actor aboard a cruise ship. Traversing the ship's halls, the player encounters countless nightmares, horrors, and scares centered around film theory, classic movies, and his own history. All the while, he is haunted by the musings of the director, who is encouraging the actor to become broken and to succumb to their formless self in order to take on the role they've been given. The deeper into the game you go, the more fantastical the experience becomes.

Layers of Fear has a confusing yet engaging first impression. A bit slow to start, The player is given a lot of questions as they explore the empty ship. The frightening nature of the game is also at it's weakest at this point. If you want to see the best of the fear, the story, and the experience, it's best to be patient and keep progressing. 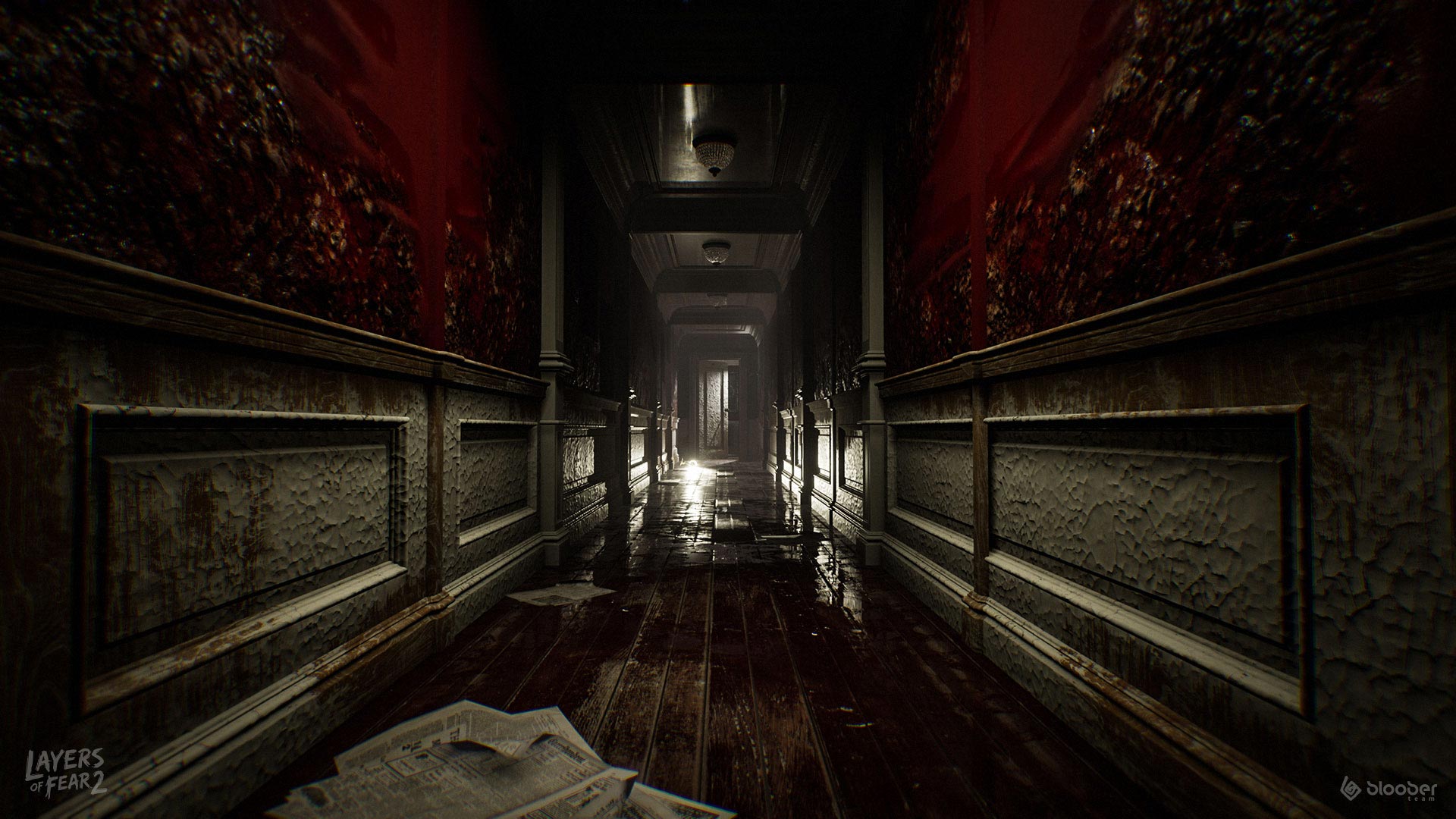 Layers of Fear 2 is an incredibly well-made game. The developers knew what they wanted to do, and they did it with absolute gusto. The various worlds they player experiences not only look amazing, but they contain a layer of depth far deeper than expected. The story of the actor, his sister, and the director, is intelligently scattered throughout the game, giving a fantastic balance of game and story. Best of all, however, might be the mind-boggling level of artistic representation in the game's entire design, paying homage to some of the greatest film accomplishments while still twisting them into a unique experience.

The graphics are the first thing anyone notices in a game. We see with our eyes, after all. Layers of Fear 2 makes sure to give this visual medium the attention it requires to captivate the player. It's more than just high-quality textures and models, though. the game takes special care to change the way we see the world we're in to best represent the mediums we're being exposed to. 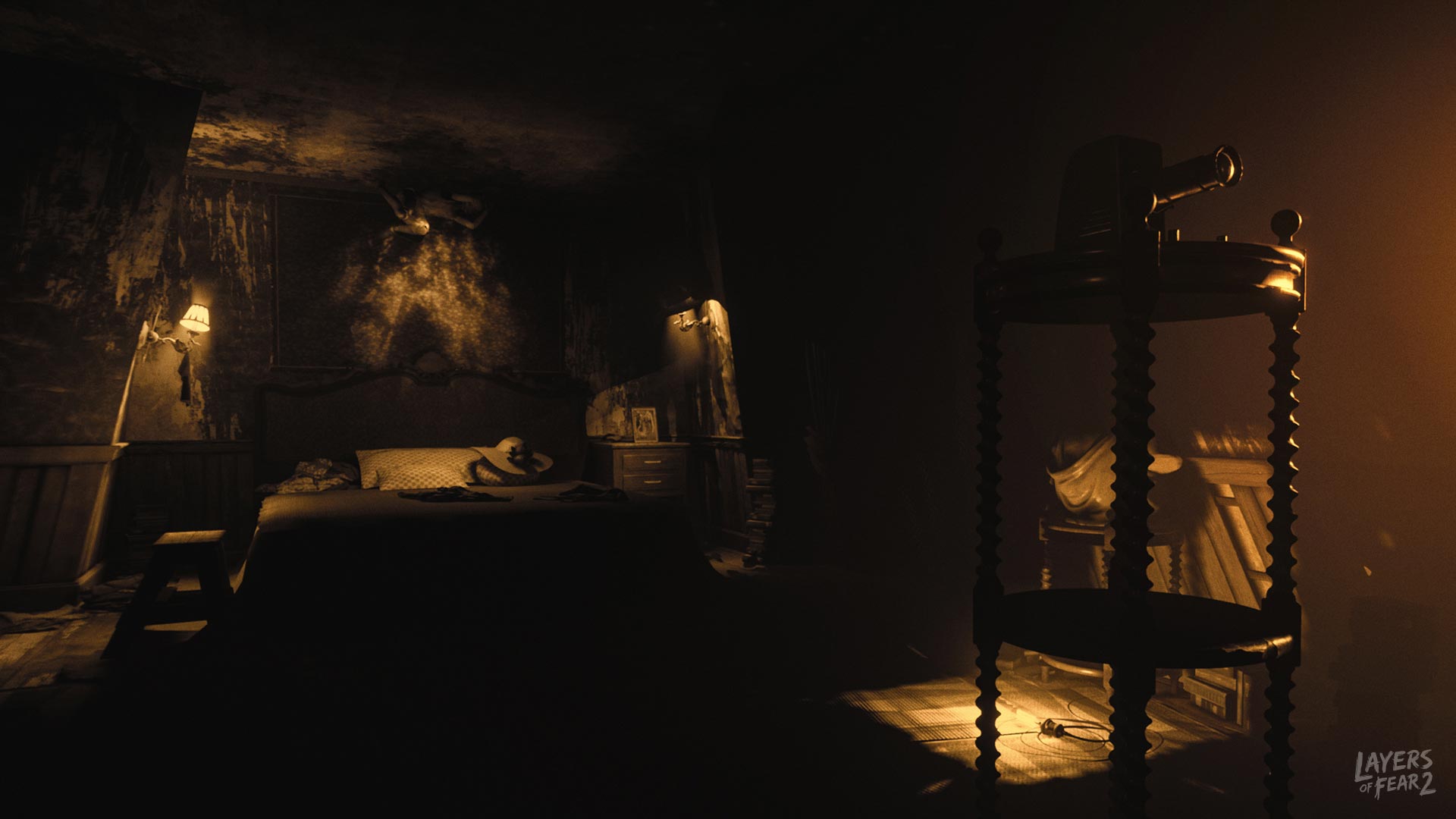 The game shifts between sepia tones, grayscales, and film grains as you go, for example. One of my favorite ways they did this was with the countless mannequins throughout the game. Often times, when they move, they will move at a lower frame rate than the game itself. The way they moved gave them a far more terrifying sense of life. Their existence felt all the more wrong because I could see how they did not adhere to the laws of the world I was in.

But what is a psychological thriller without a story? The game starts off with a handful of questions. Why am I here, who exactly am I, Who is the girl, What is the cause of the madness I'm experiencing? The farther you go, the more pieces of the puzzle you find. The story of everyone is slowly given to you, while you parse it together on your own. The scattered pieces will hook you in while the final piece will spark a revelation. I won't go into much detail, in order to preserve the experience for you, the reader. 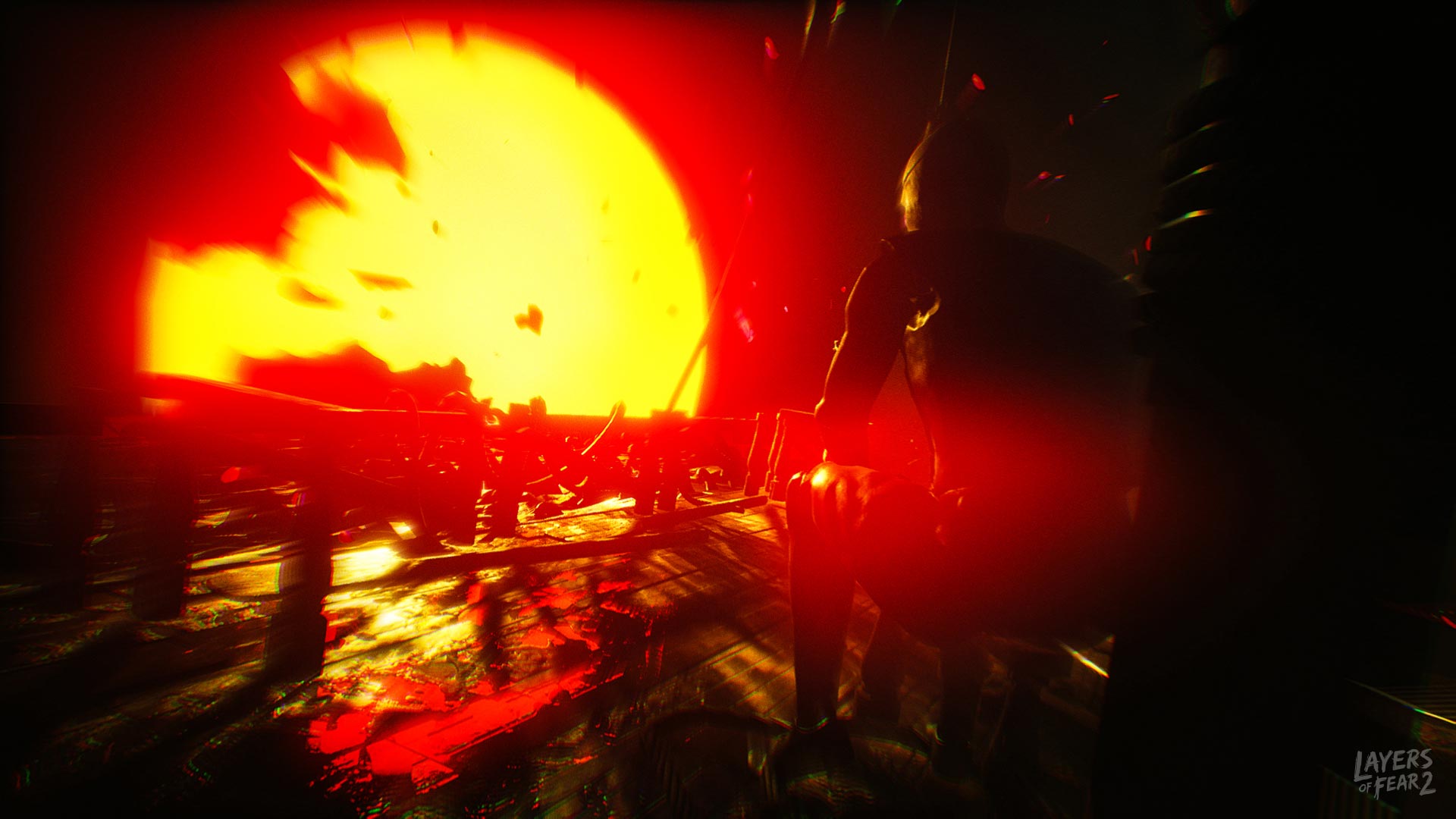 These questions aren't just answered as you progress, they are formed by your actions. Split amongst 5 Chapters, each focusing on an aspect of the protagonist's self, the player will be presented with a formative choice. Depending on the choices you make, the player will uncover different sides of the story. This aspect, paired with a New Game Plus mode that contains additional content, the game has a great sense of replayability.

The best part of Layers of Fear 2, however, has to be the filmographical focus it has. The entire game is about the birth of film, and the inspiration therein is absolutely everywhere in the game. Whether it's single cinemagraphs, or entire game sections, almost every inch of the experience is either paying tribute to an influential piece of film or an established aspect of film theory. It's not just references to old French films, but everything from 2007 thriller movies to obscurely famous YouTube music videos. By the time I had reached the end, I was inspired to learn more about film history just so I could understand the game better. 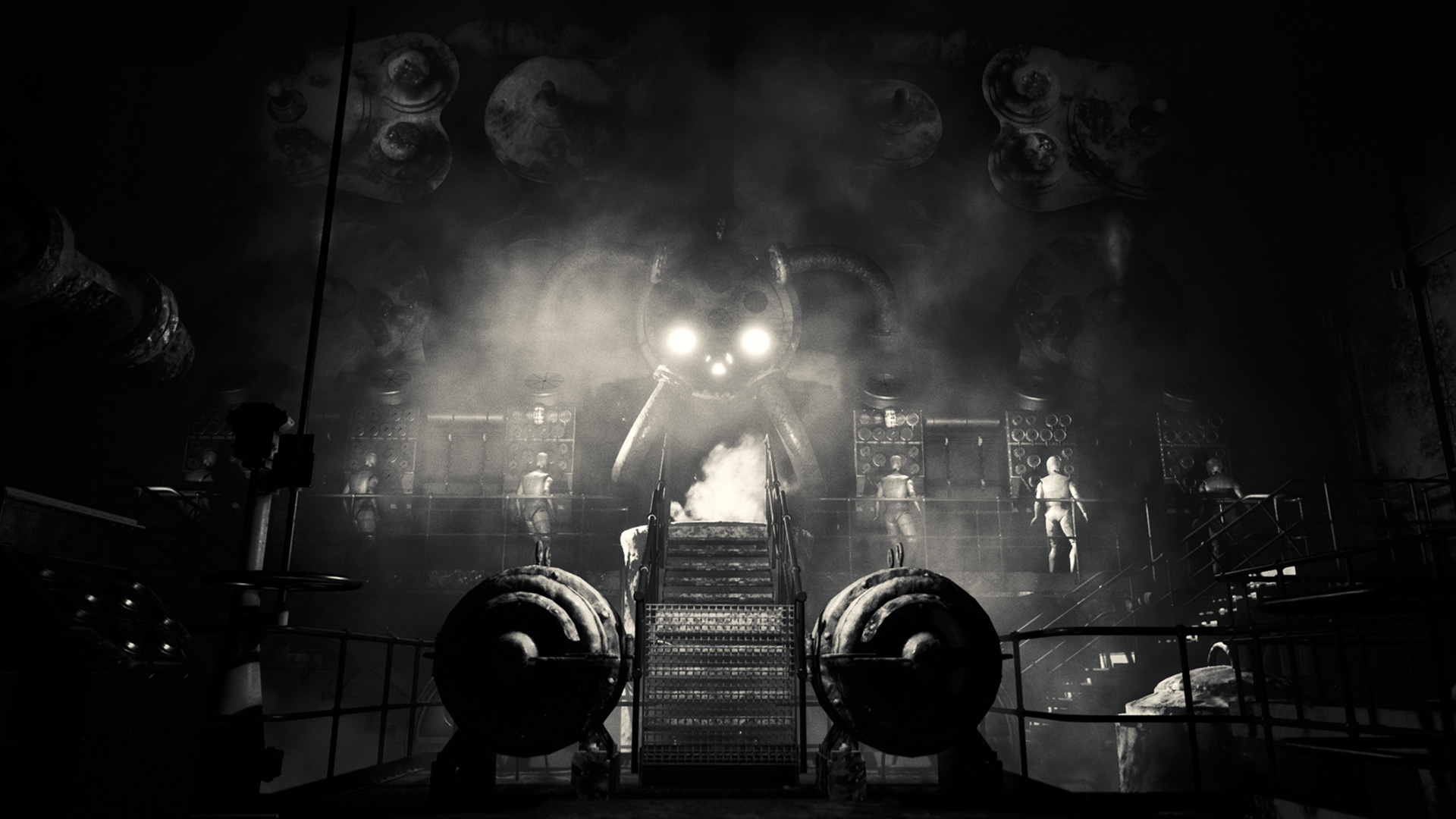 Nothing is created perfectly. Everything has a shortcoming of some form. As incredible as the game was, it did not come without a small sacrifice. But as the game itself says, "An act of creation always begins with an act of destruction."

Layers of Fear established itself quite well when the first game had released in 2016. Themed around the unfortunate downfall of a famous painter, it incorporated art themes while still being one of the most terrifying video game experiences I and many like me had ever had.

But a precedent was set with that. Now they have a reputation for creating a downright frightening video game. So when a new game comes out a few years after bearing the same name, people are expecting a continuation of the same. And while they did accomplish that in the sense of pairing media theory with horror gaming, it made one small change that would impact almost any fan's perception: they focused less on the scares. 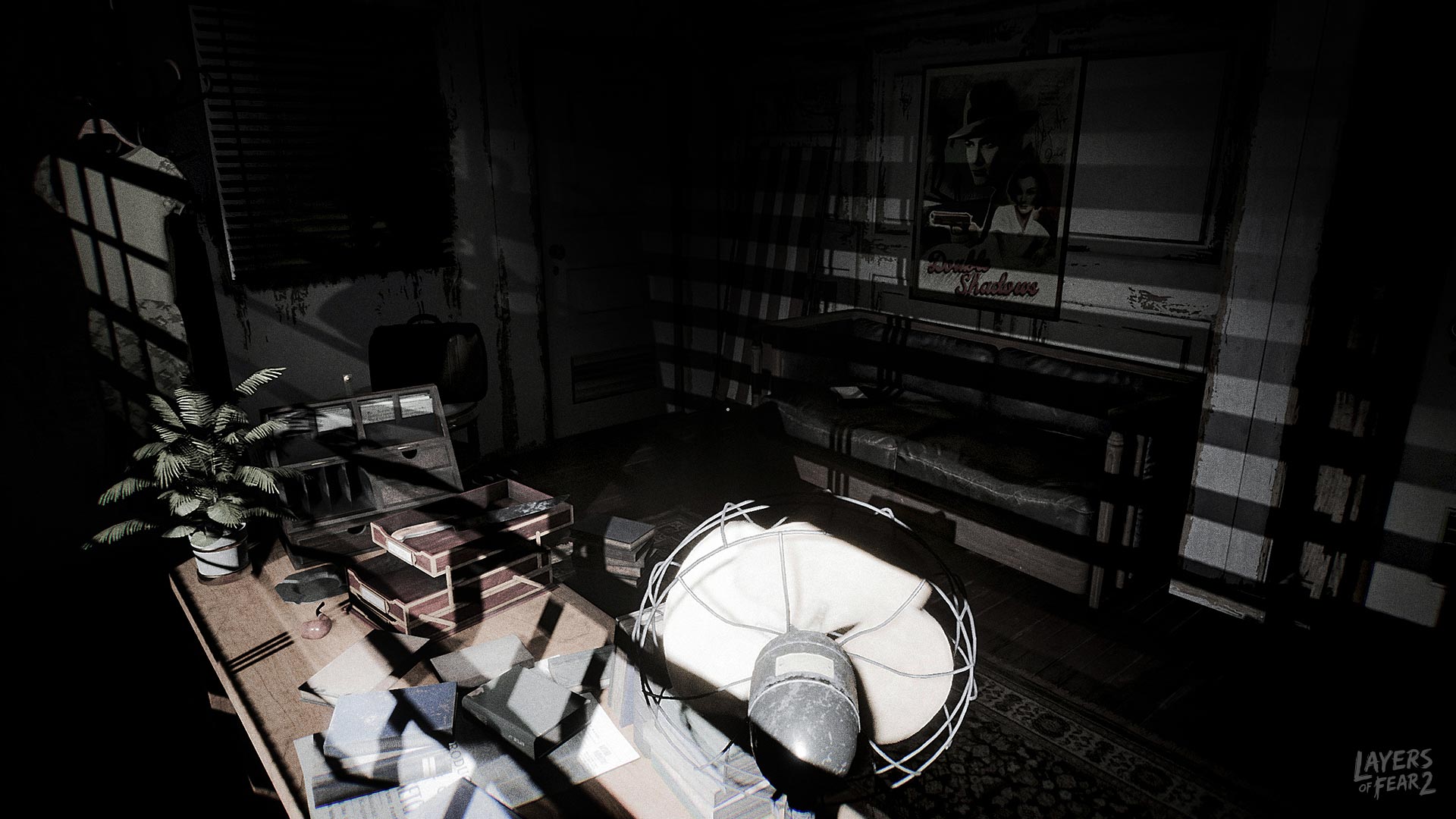 Don't get me wrong, nearly every moment in Layers of Fear 2 is scary. But seldom did it achieve the same level of fear as the first game had. Even though I was enthralled by all of the film theory and references being made in the game, I was still aware that it just wasn't as scary. It doesn't matter how perfect a piece of media is. If it's not what people were looking for, it will be a disappointment.

But can a game be held accountable for its history? Should a piece of art be considered lesser because it is different from its association? It's hard to say. It depends on the consumer. 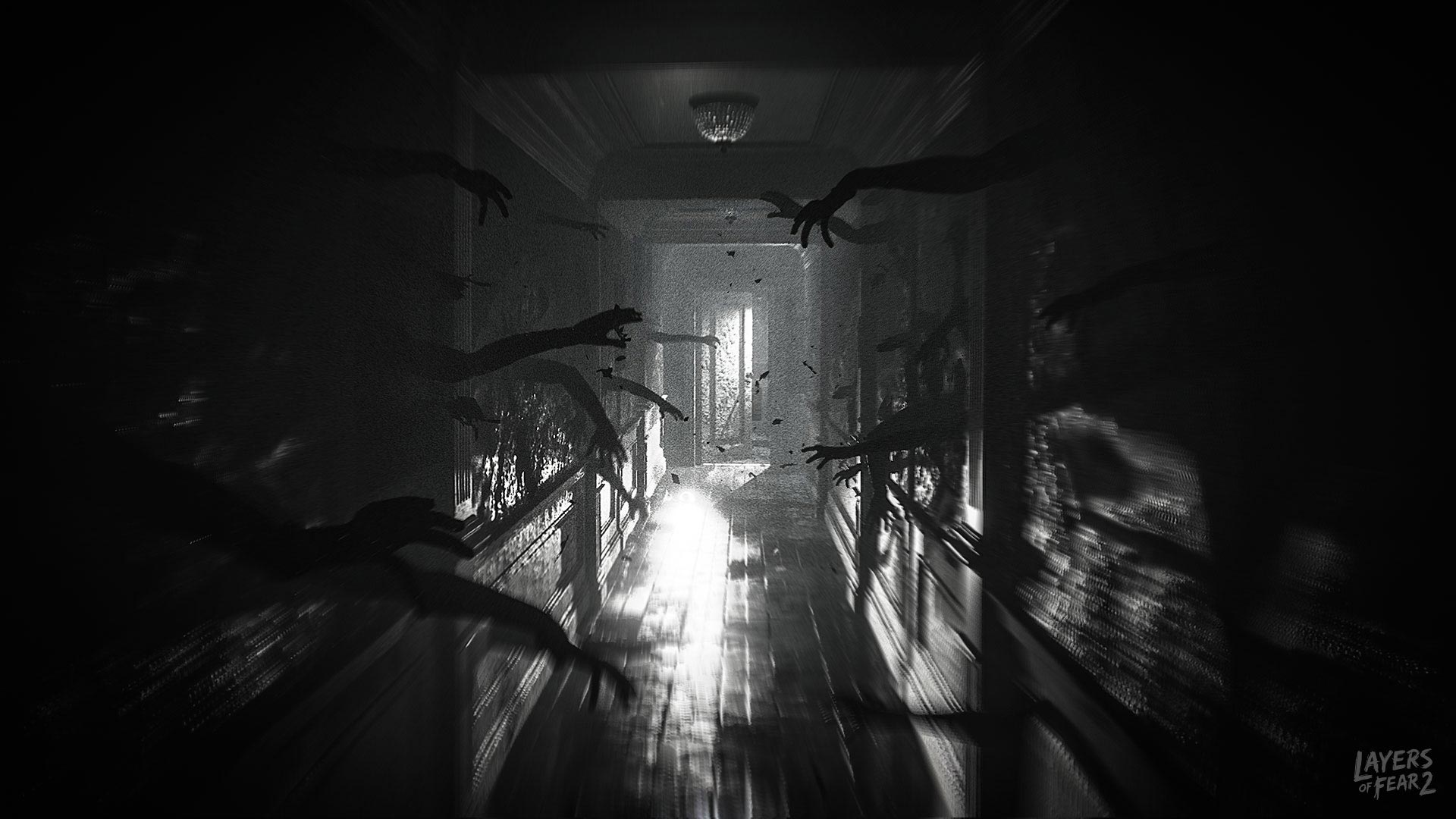 Outside of this consideration, there was only one aspect of the game I could give any criticism to. While the main plot of the actor and his sister was still clear and prevalent throughout the story, it did not feel as strong as it could be. The motivations for the madness were not as convincing as they could have been, leading the ties between lore and horrors to feel somewhat weaker. The broken nature the story is presented, mentioned above, made it harder to notice this fact at first. It wasn't even realized until lengthy post-game contemplation. It was a good story, but it could have been better.

Layers of Fear 2 is an amazing game. Everything from the technical to the conceptual was executed with nearly flawless skill. The environments were beautiful, the situations were uniquely terrifying, and the cultural influences spanning through the life of film gave it a captivating new layer not seen enough in video games. It might suffer from societal expectations to be more similar to the first, but it still stands strong as its own piece of independent media. It's also half the cost of your average Triple-A video game. For these reasons, we rate the game as follows.

The game is so close to perfect. Had the main story been just a bit stronger, it would have been a perfect 10 from me. I absolutely recommend this to anyone who enjoys horror game and games with artistic value. Just try not to compare it to the first game. 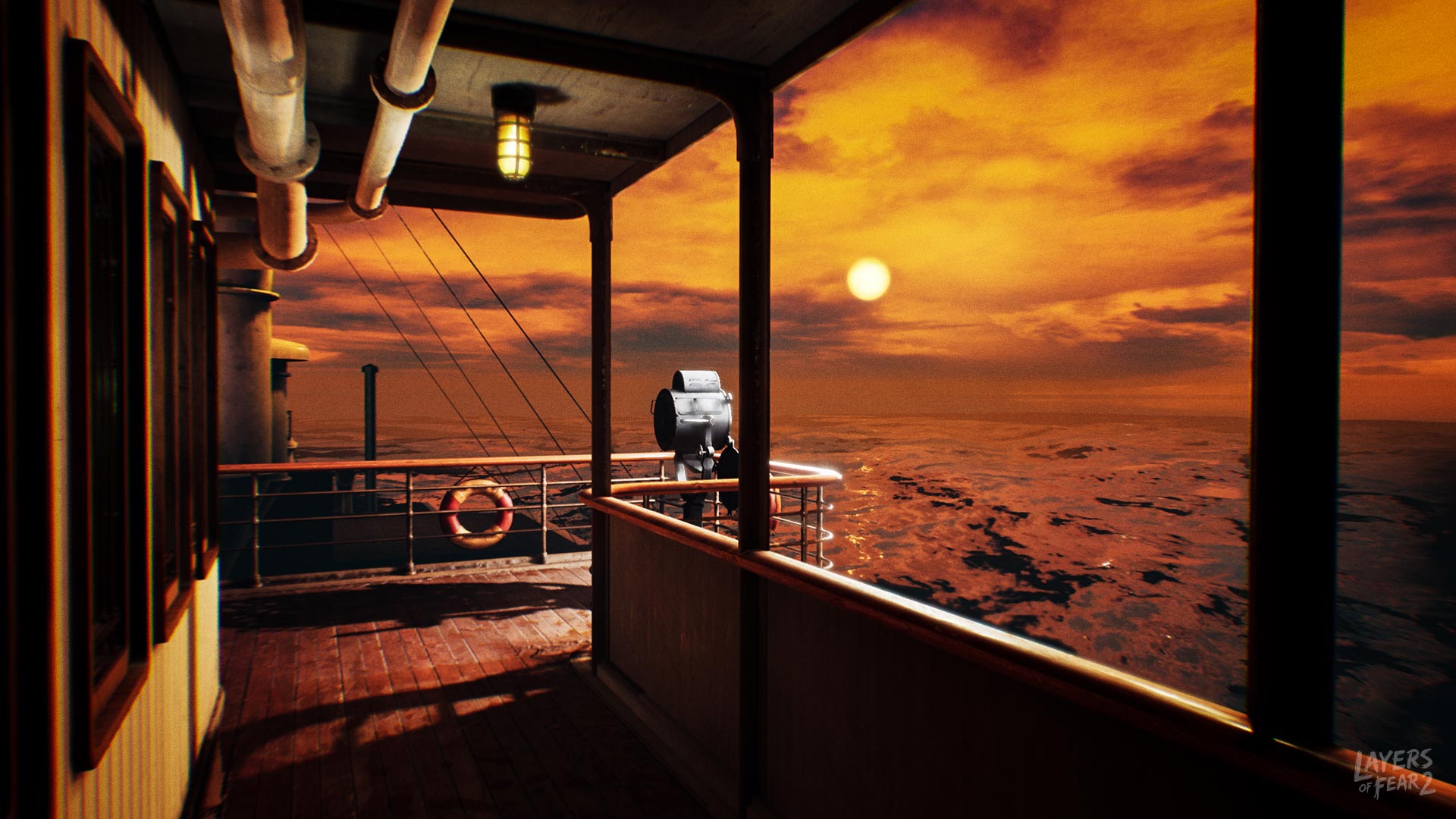 Layers of Fear 2 was developed by Bloober Team and published by Gun Media. It is available now for Steam PC, Xbox One, and PlayStation 4 for $29.99. More information about the game, including where to buy, can be found on the official website.

A copy of this game was provided for the purpose of this review.