Ghostbusters: The Video Game Remastered Appears on Taiwan Ratings Board

Only for Xbox One, it seems.

by LizardRock on May 14, 2019 @ 10:16 AM (Staff Bios)
Comment(s)
How does Bustin' make you feel? Let's hope it's good, because Ghostbusters: The Video Game Remastered has appeared on a Taiwanese rating board.

First discovered by NanoGuidingStar on ResetEra, the Taiwan Digital Game Rating Committee has posted a formal rating for a game called "Ghostbusters: The Video Game Remastered" along with the film's iconic logo. The listing cites Mad Dog Games as the developer and publisher for the game, as well as Xbox One as the console of choice. The last entry lists Playghostbusters.com as the official website, though the link appears dead at the moment. 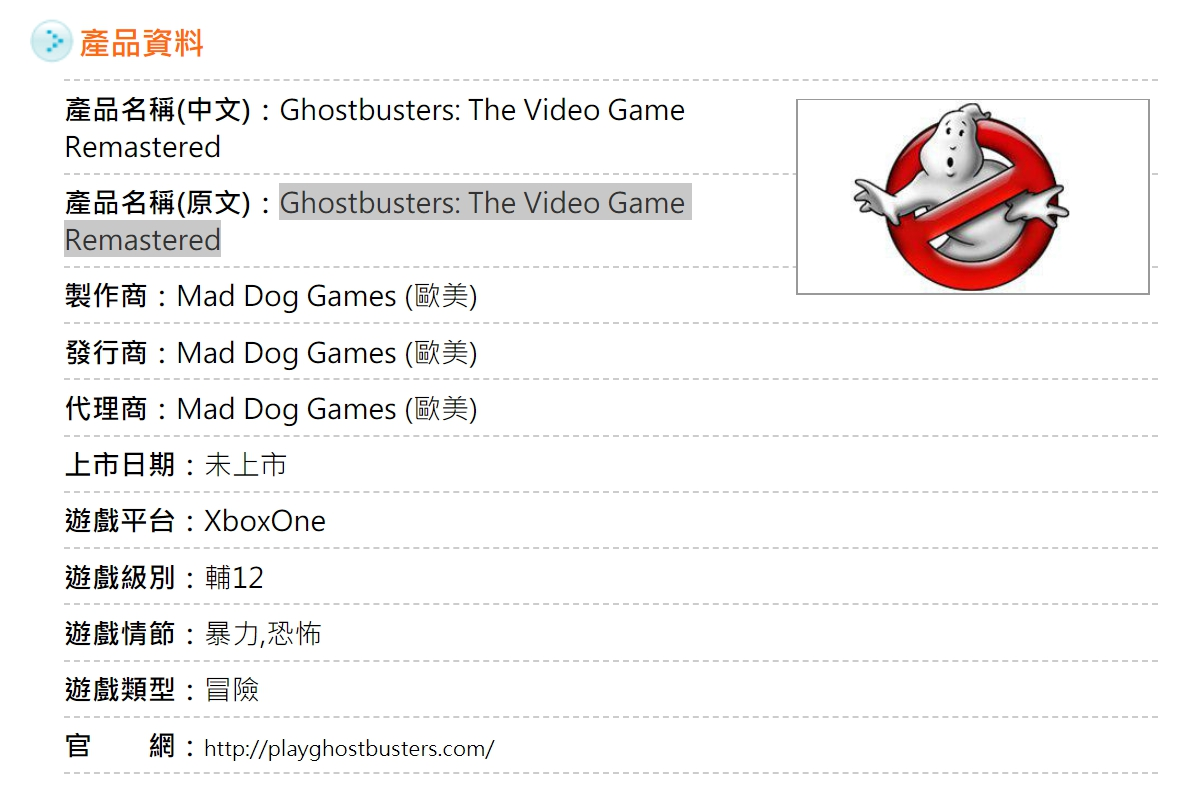 Ghostbusters: The Video Game originally released on PS3, Xbox 360, PC, Wii, DS, and PS2 back in 2009. The game takes place two years after the events of Ghostbusters II during Thanksgiving Day in 1991. film co-creator and actor Dan Akroyd has even gone to call the game the spiritual third iteration of the films.

It's interesting that the rating claims it will only be on Xbox One. It's possible that an exclusivity deal was made. With this being the first we've seen of a remaster, it'll probably be a while until a formal announcement is made. Stay tuned.