Not all combat has to be competent.

by LizardRock on Jan 10, 2020 @ 12:15 PM (Staff Bios)
Comment(s)
There have been enough games in the world that let me punch, kick, and throw my friends with refined expertise. But I don't know jiu-jitsu, I don't even have a sword. I'm slow, dumpy, and uncoordinated on the battlefield. Fortunately for me, there's Gang Beasts.

Gang Beasts is a multiplayer party game with one goal: defeat your friends. With unorthodox controls, players have to get their opponents out of the combat zone, whether it's through a grinder, into an incinerator, into the ocean, or off of the top of a building. They can punch, headbutt, and grab each other, temporarily knocking each other rout in an effort to more easily achieve their goal. The game also offers team mode, co-op wave survival mode, and even a variation of soccer.

The game gives a great first impression. The simple premise and not-overly-complicated controls mean it only takes a game or two to familiarize yourself enough to play the game effectively. It made it easy to get fully invested in the game early on, spouting antagonistic quips at the person I was playing against. As I played on, I become a little more confident in how to play. My enjoyment only grew alongside this.

Gang Beast's strength lies in the overall lack of high-level gameplay. I know that sounds bad, but hear me out. Nearly all multiplayer games have a conflict between skilled and novice players. The excellent will beat the inexperienced, and neither party will have very much fun. But that's not the case here. Gang Beast's skill cap is tremendously low. Movement is imprecise, attacks are inaccurate, and there's little one can do that makes them inherently better than someone else. 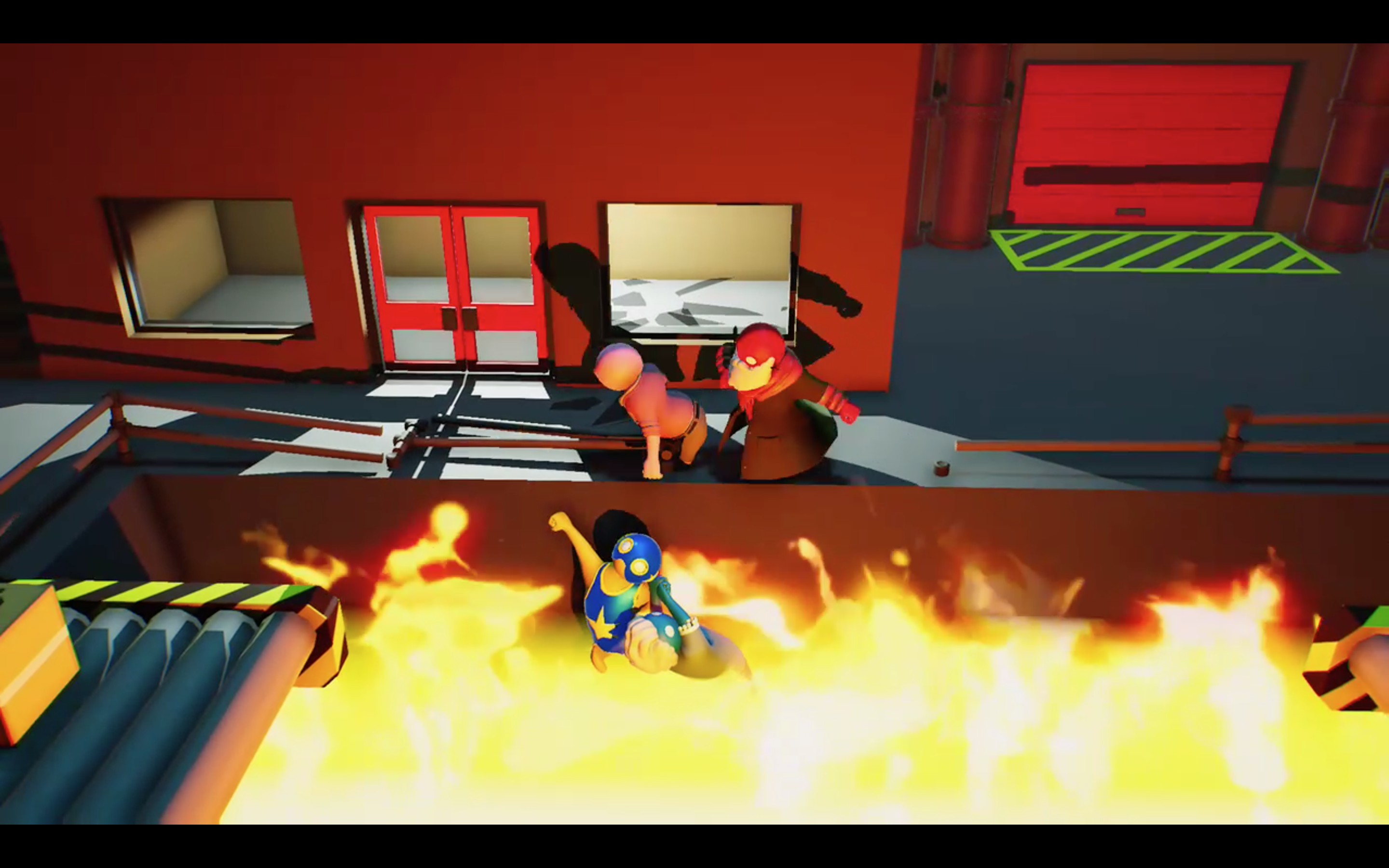 And that's the genius of the game. They made something that's fun at a low skill level. The dumpy nature of combat made each moment exciting. I never felt like I wasn't controlling my character correctly. Each brawl felt fun and fair.

The creative side of the game fits tremendously well. The characters and the world feature minimal complexity offset by colorful variety. Players can also choose a wide variety of outfits to wear. What's better than seeing a balding accountant duke it out with a man in a dinosaur costume? It does a great job of presenting the game for what it is: something not complex but still a silly good time. 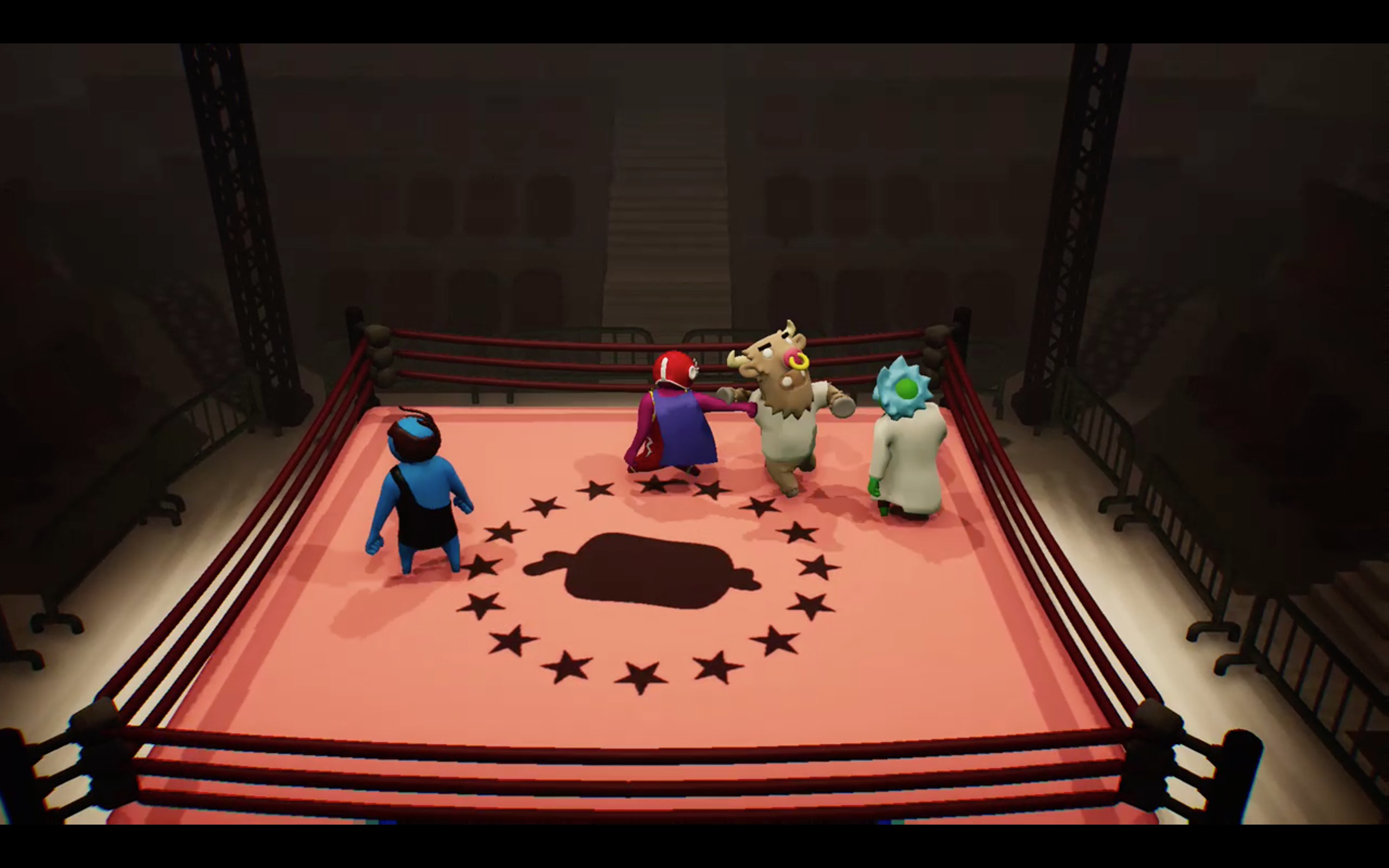 The number of different battle levels, each with unique mechanics to them, helps keep the game fresh over extended play. And that playability is multiplied every time you find a new friend to join you in the ring.

The primary problem with Gang Beasts is that the same playability that increases with friends decreases when alone. While the game does offer game modes that allow for challenging and fairly entertaining solo play, the magic that makes the game good lies solely in the multiplayer functionality. 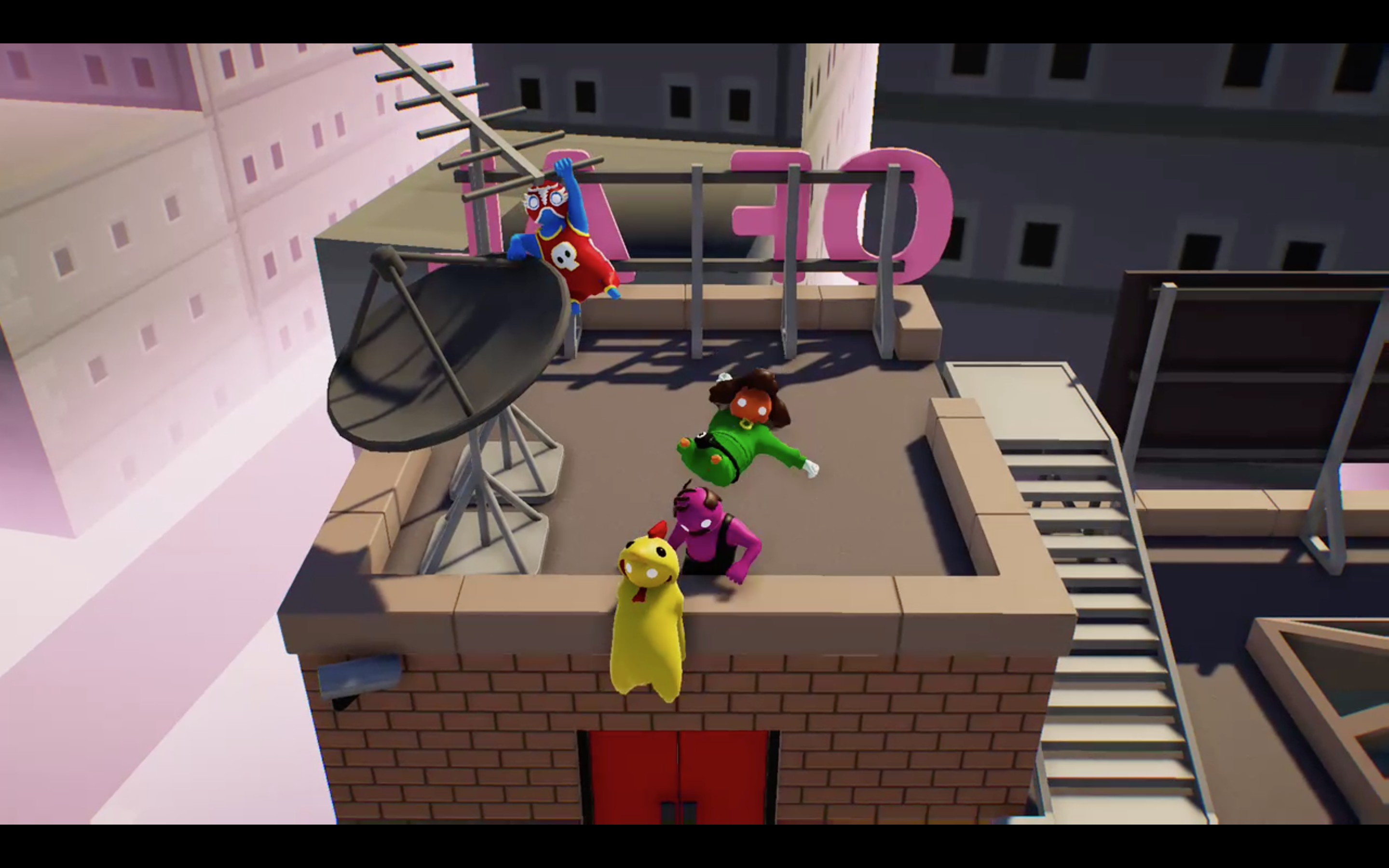 Flopping around in a burger hat just doesn't have the same silly punch when you're by yourself. I know it's not the game's fault I don't have friends, but it does make it harder to play when I want to.

Gang Beasts is a fantastically fun and light-hearted party game. It's by no means a serious game and it does a great job of leaning into that fact in both art and game design. The only thing that holds it back is how multiplayer dependant it is to be fun, which is pretty minor, all things considered. For this reason, we rate the game as follows.

If you have a free evening with friends and a few spare controllers, we definitely recommend playing a few games of Gang Beasts. 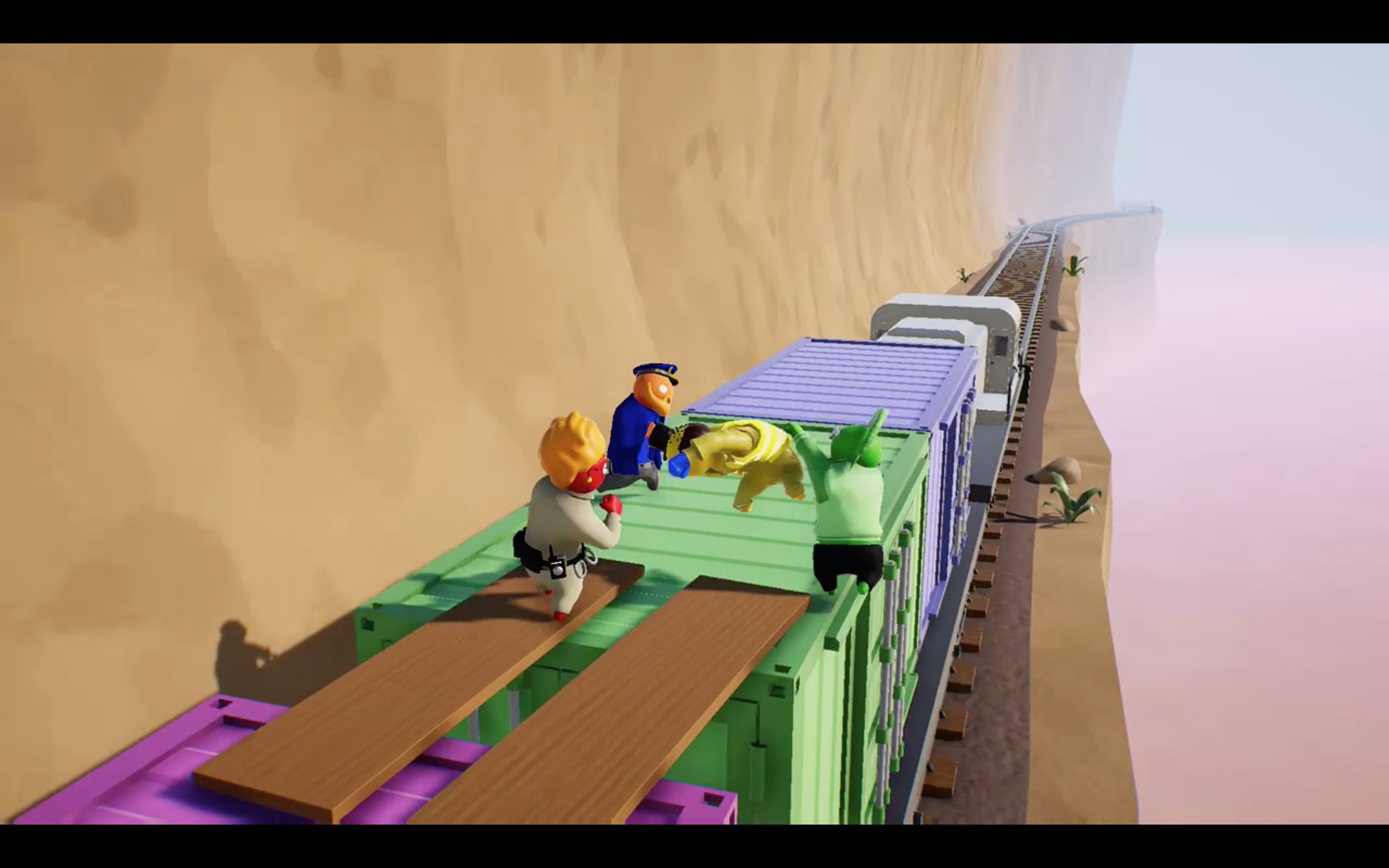 Gang Beasts was developed by Boneloaf. It can be found on Steam PC, PS4, and Xbox One for They even released physical copies for consoles just last month. For mroe information about the game, including where to buy it, visit the official website. A copy of this game was provided for the purpose of this review.