This article is very much not pro Epic Games. 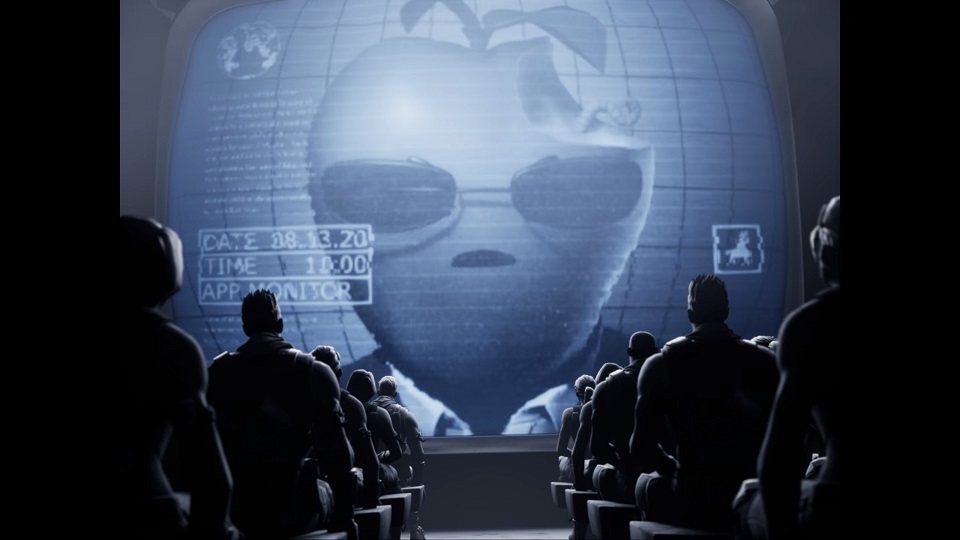 And trust me, I’m not strictly happy about that. This is one of those rare situations where I have strong opinions about something, but I don’t actually want to talk about it. If I had my way, everyone in the gaming world would be ignoring this, and they’d just let Apple and Google and Epic Games sort it out behind closed doors. But Epic Games worked hard – damn, damn hard – to turn this into a public spectacle and to take the fight into the public arena, so we’re forced to bear witness as these three twatish titans come to blows over who should get more millions over the millions they were all already receiving.

Because that’s what this is all really about. This amounts to obscenely wealthy companies looking at something that was already making them millions – or billions – of dollars and thinking “you know I could squeeze even more cash out of this bad boy if we threw our users under the bus.”

So here’s the obligatory recap: for the longest time, Epic Games has been a vocal opponent of both Google and Apple and their policy of taking a 30% cut of any and all sales done on apps being offered on their storefront. They grinned and bore it for the iOS version of Fortnite, but until recently, they tried to avoid paying that fee by only offering Fortnite for Android devises on their own website. It worked, but it severely limited how many people were joining, and it enabled a lot of phishing and scamming efforts since nothing was stopping anyone else from putting fake “Fortnites” on the Google Play Store. Eventually, Epic Games recanted and put Fortnite on Google Play, but they complained the whole time they did it.

Cut to a few weeks ago, when in their latest patch Epic Games did something sneaky: they included the option for mobile players to buy V-Bucks directly from them, rather than going through the official Google Play or App Store payment model. They offered players a 20% discount if they did that, and since they were buying directly from Epic Games, neither Google or Apple saw a single red cent of that money. The reaction to this move was swift and obvious – a direct payment system like that was a violation of Google’s and Apples terms of service, and as retaliation, they took Fortnite down – removing it from their stores, but allowing players who already had the game to continue playing it. Which would be great, except with no way to update the game, the next time there’s a patch, all the mobile players will suddenly find their games unplayable.

Epic Games was neither surprised nor unprepared for this. They had the paperwork ready and immediately filed a counter-suit, challenging Apple and Google’s 30% cut, and putting out that world-famous and endlessly frustrating “Ninteen Eighty-Fortnite” video, urging gamers to #RiseUp and #FreeFortnite by demanding Apple specifically (and Google by proxy) allow them to take more of their money directly.

Here’s that video again because we all have to suffer together.

In the days that have followed, there have been a few developments. More people than I would like have shown unironic support to Epic Games. Apple has allegedly tried to take down everything Epic Games has on the App Store, which Epic has challenged in court. But I imagine most of the drama is happening in closed boardrooms, sequestered legal chambers, and disinterested phone calls between underpaid interns.

Now, like I said, if it were up to me, nobody would pay attention to this, because nobody outside either company should have a vested interest in whether one multi-billion dollar company makes slightly more money than the other. But Epic Games has tried to frame this “battle” as an underdog narrative: that Epic Games is “striking back” against Google and Apple’s unfair policies for the betterment of every other developer out there. They have directly called Google and Apple’s methods “oppressive”, and alluded – if not outright said – that the way they operate effectively gives them a monopoly on the mobile gaming market.

And they’re right. Don’t get me wrong for an instant, Google and Apple’s methods are problematic, although the former much more so than the latter. That 30% they demand of every transaction is enormous – both for Epic Games, who makes so much money off Fortnite that 30% adds up to millions of dollars a year – but more importantly, for smaller developers who can’t really afford to lose 3 bucks of every 10-spot they earn. This isn’t to say that Google nor Apple don’t deserve a cut: after all, they do essential work in filtering our malware, maintain the store itself, and using their algorithms to connect the right app to the right people. But 30% is suffocating, and more often than not mobile players become successful in spite of Google and Apple, rather than because of them.

And Epic Games does have a slight moral high ground to stand on here: after all, at the launch of the Epic Game Store, one of the first things they hyped up was how their revenue sharing program was far more generous than Steams. Epic Games only takies 12% (or 5% if the game is made with the Unreal Engine) of sales, compared to Steam’s 30% (although smaller studios get a more generous cut). So one could argue, as Epic Games is, that this is really an altruistic attempt to leverage their multi-billion dollar game in order to enact some positive change in the world. After all: if Epic Games and Fortnite cannot get Google and Apple to reduce their revenue share percentage, nobody can.

So there’s a hypothetical universe where I would be 100% in Epic Game’s corner and urging everyone to join the fight at their side. Unfortunately, that hypothetical universe is very far removed from the world we really live in, because this isn’t really a case of “good vs evil”, this is more a case of “evil vs slightly less evil but way more childish”.

For one, we cannot forget that Epic Games loses whatever small moral high ground it may have earned via the revenue share system when you remember that they are scum. They routinely steal community content on Fortnite and don’t pay their original creators. They overwork their employees in near-perpetual crunch (although I feel compelled to point out most employees say they are paid unusually well compared to the rest of the industry). And the way they’ve turned the “culture” of Fortnite into a “culture” of spending money on new and exciting skins is both awe-inspiring and genuinely sickening. 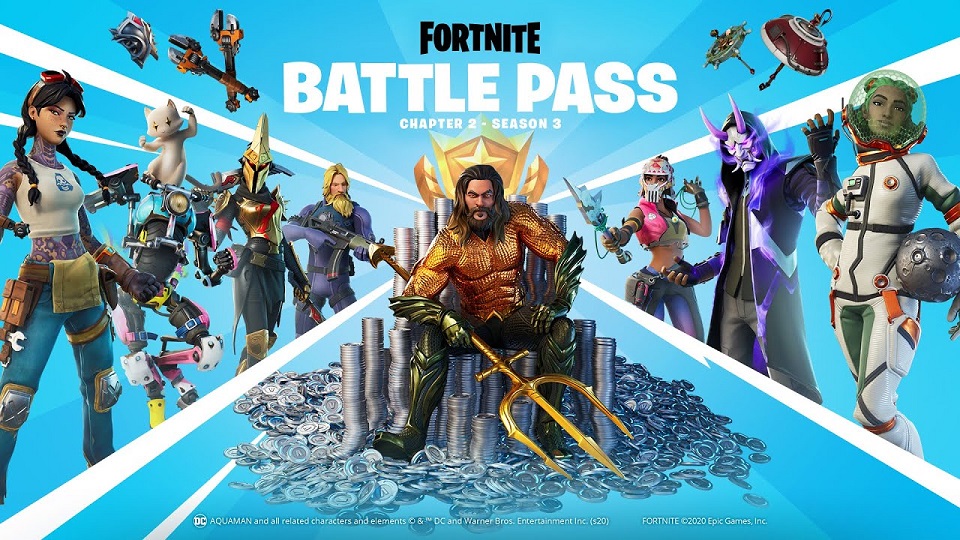 But beyond Epic Game’s general tendencies towards awfulness, the way they handled this particular situation is especially appalling. That video I linked above – and the accompanied hashtag #FreeFortnite, is a blatant, disgusting, and downright childish way to weaponized their audience (an audience of primarily children, lest you forget) to accomplish their goal of making more money. And weaponizing their audience was always the goal, from the very start. Not only because they had that video ready to drop the instant Apple took action (it would have taken at least a week or so to make something like that, and that’s an extremely generous time frame), but also because they could have, at any point, filed a lawsuit against Google and Apple challenging their 30% revenue sharing system.

They could have filed that paperwork any time they wanted. Nothing was stopping them from doing that before now. But first, they decided to pull that trick with the direct payment, something they knew would get them banned, and they waited until they had their game removed from the storefront before they launched their little crusade. And the only reason I can think as to why they did that was so the news sites – much like this one – could report the earth-shaking news that the one and only Fortnite had been taken down by Google and Apple. They wanted to make it look like Google and Apple were the bad guys, they wanted to have the removal of their game be the rallying point for fans to join their crusade.

Basically, they used the removal of their game, a thing that kids care about, to manipulate them into fighting for something they otherwise wouldn’t care about, unfair revenue sharing practices.

I’ll say it again: Google and Apple should change their policies. And I’ll even admit that it’s unfortunately true that Epic Games is probably the only people in the world right now who could hope to challenge them. I don’t know if they’ll win or not – it’s very up in the air right now and I could see it going either way – but one thing I do know, for a fact, is that if Apple and Google told Epic that they would get an exclusive reduced revenue sharing rate behind closed doors, they would drop this lawsuit immediately. Because for all its trumpeting and boasting, Epic Games is ultimately just a sniveling little coward hiding behind their preteen fans.