And so it begins.


Dark Souls is definitely one of my favorite game franchises ever. Before I played Dark Souls 2 for the first time, I moved from one easy game onto the next wondering why no developers provide gamers with a real challenge anymore. At a young age, I figured out its all about the money at the end of the day. Big developers want to appeal to the largest demographic possible, so they make their game accessible to all kinds individuals, including children. Game difficulty has been dumbing down as the years go on. I thought all hope was lost, and then I found it. It was almost like it was calling my name like it was meant to be. Some might have called it Destiny. FromSoftware's masterpiece of a franchise, the Souls Series.

Dark Souls 2 made no attempt to ease me in. It quickly chewed me up and spat me out, time and time again. If it wasn't for all the babying I endured from years of easy games, the saltiness may have overcome me, but nay, I was ready for a challenge, and that was exactly what I got. After a good 300+ hours put into Dark Souls 2, I became weary and desired a new challenge, thus my journey into the first Dark Souls began. After conquering the best and arguably the most challenging Dark Souls game to date (the first) I waited patiently for Dark Souls 3 to release. I completed Dark Souls 3 on Xbox One and decided I would return to it on PC months later. Rusty, but prepared nonetheless.

In all seriousness, welcome to my Dark Souls 3 playthrough. I debated before publishing the video whether to call it a walkthrough or a playthrough. For the most part, I'm just playing through the game, nothing too special, but I also try to take the time and share my knowledge on the game when I get the chance. So it's kind of a split between a walkthrough and a playthrough. A plakthrough if you must. On second thought, that sounds pretty gross, we'll just go with Walkthrough for now. Anyway, for the start of my playthrough, I choose the warrior class for a couple reasons. First;y, I'm not entirely sure what I want to do with this character build wise yet, but I know I'm doing a strength related build, so there's no going wrong with the warrior. Also, the warrior is the hardest hitting class for the start of the game. Making bosses a breeze early on. 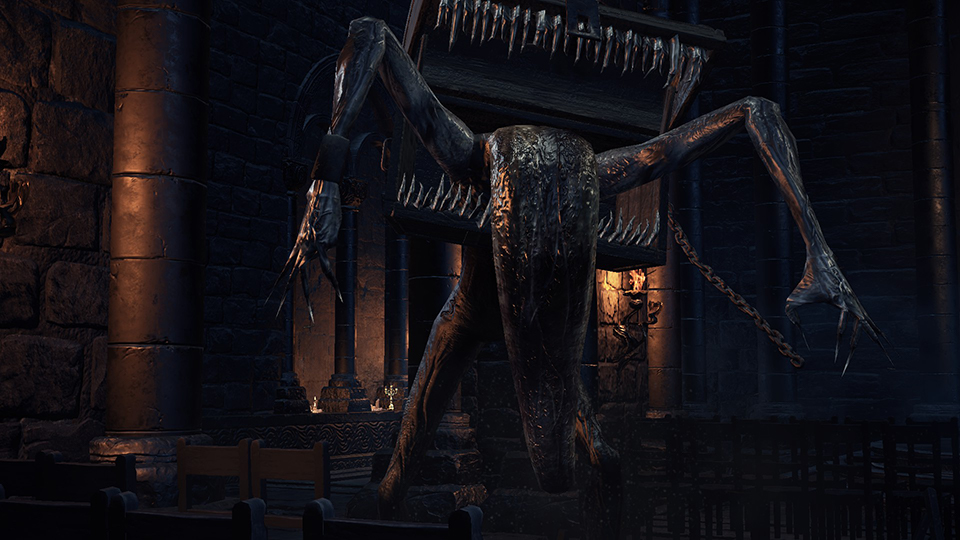 Managing to deal with Iudex Gundyr quite easily despite a few smacks to the face, I made it safely to the firelink shrine after avoiding a potentially fatal situation with the naked katana guy, curse his name. What is his name anyway? Ah well, I didn't need that Uchigatana anyway. I quickly made my way through Lothric, stabbing many ghouls along the way. I dealt with what I think is the very first Mimic in the game and equipped the deep battle axe. Seriously, though, did they need to make that dragon so damn loud. If I hadn't had my volume turned down, I think I would have been at risk of going temporarily deaf. We get it, you're a scary dragon, your first scream was enough to tell me that, no need for the dozen that followed after. Anyway, I made it to the high wall of Lothric, without dying I must add, and continued on the path until Vordt of the Boreal Valley.

Vordt is one of the bosses that gave me the most trouble in my first playthrough of Dark Souls 3. Having not played Dark Souls for over half a year, I was definitely very rusty, but almost every Souls boss is exceptionally difficult for at least the first time. I remember after my first few playthrough's of Dark Souls 2, I could literally run circles around certain bosses purely because I memorized every attack they had. The Pursuer being probably the best example. Anyway as far as Vordt goes, his only tough mechanic, for the most part, is when he goes on a rampage and starts charging you. At this moment, you need to take a break from offensive and just evade him until he "chills" out. Pun completely intended.

After he charges his icy heart out, go back on the offensive. The trick to dodging most of his attacks is to dodge forward and to the right, attempting to get under and or behind him. Staying near his legs and towards his behind is your best bet as many of his swiping attacks will go over you. To be safe, stick to two swings per opportunity to avoid running out of stamina and taking a blow. At this fight, you should have at least 5 Estus uses, which is more than enough to beat Vordt while taking a decent amount of hits. The only way he should be able to kill you is if he chain attacks you, or you heal at a bad time. If you get hurt, be patient and time your Estus chug carefully. It's easy to make rash decisions with your heart pumping fast, so try and stay calm and collected. I know it's hard from experience since the first time I beat this boss, I thought I was gonna have a heart attack half way through. 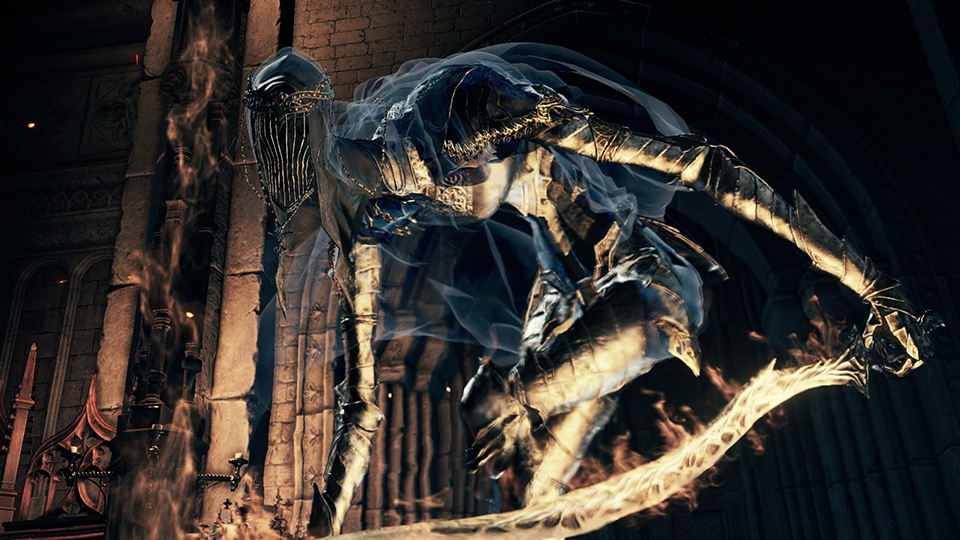 After I defeated Vordt, I went to the throne room above Vordt's boss room and got the Small Lothric Banner from Emma. Alternatively, if you wish to get to the end game content early on, you can kill Emma, and the Dancer of the Boreal Valley will spawn immediately. If you're not experienced with this fight, I don't recommend doing it as it can be very challenging since you're not well equipped and don't have very high stats at this point. Experienced souls players should have no problem with this fight early on. I finish my first installment of the Dark Souls 3 Walkthrough at the first bonfire in the Undead Settlement, after catching a lift from those creepy ass looking bats. Seriously those things looked like they were born out of a child's nightmares.