Let's talk about the biggest problem in the games industry today.

It’s time we had a talk, games industry.

No, not all of you need to be here. Sports games, you’re off the hook as far as I’m aware. First-person shooters, you’re free to go. Strategy games, show yourselves out. This conversation is mostly for RPG’s and MMORPG’s, because the three of us need to exchange words. Important words.

We need to talk about fashion. 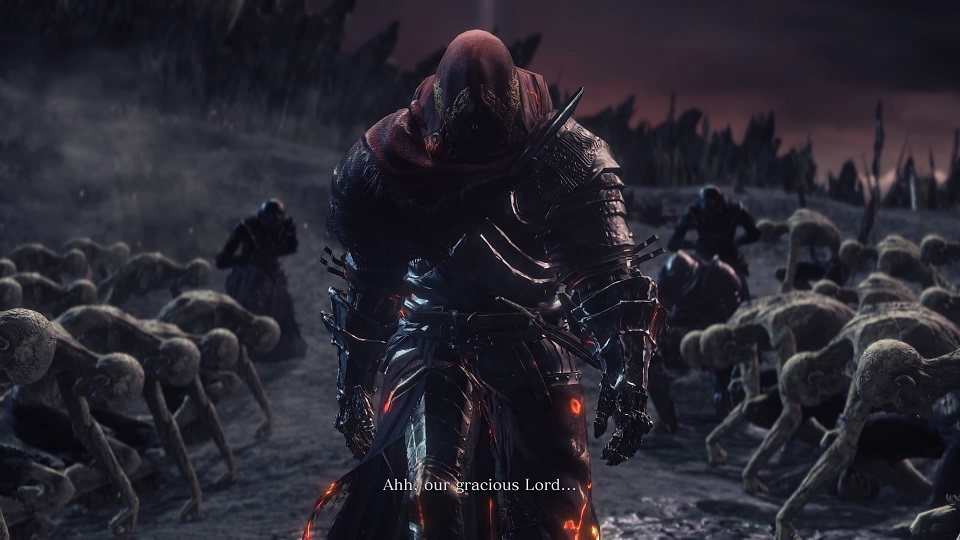 And no, I’m not talking about cosmetic DLC. That’s annoying, sure, but you’ve got enough people telling you that and you don’t need me repeating it. Besides, of all the different things you could make DLC, cosmetics are the least harmful – a lot better than ‘convenience’ or straight-up power in any case – so if you have to screw me over with microtransactions it might as well be over a fancy new coat or something. No, I want to talk about something a bit more fundamental, and a problem I would have imagined most RPG developers would have solved by now since the solution has been used and enjoyed for dozens of years.

The Monster Hunter series. The Surge series. Remnant: From the Ashes. Most MMO’s. These are just a few of the games that employ the idea of “armor set bonuses”, which are little – or sometimes huge – bonuses you can enjoy if you wear a complete set of armor from a series. While wearing just the pants of some armor will give you a defensive boost and maybe a small buff, wearing the pants, the shirt, and the helmet might imbue you with, say, the ability to heal yourself with every hit. Or reload your guns faster. Or anything else super cool that might be amazing for your build.

In some games it’s more important than others. In Remnant, for example, you still get a small buff with just one piece of armor, which means you could enjoy three small buffs, but the major buffs you get for a full set are generally exponentially better. In The Surge 2, you get a set bonus at every three matching armor pieces, so it’s possible to wear three sets of armor from two different armor sets and get hybrid buffs. In Monster Hunter, on the other hand, it’s way more important to have a full set – usually multiple full sets – to get the bonuses you need to stand toe-to-toe with world-shaking behemoths. 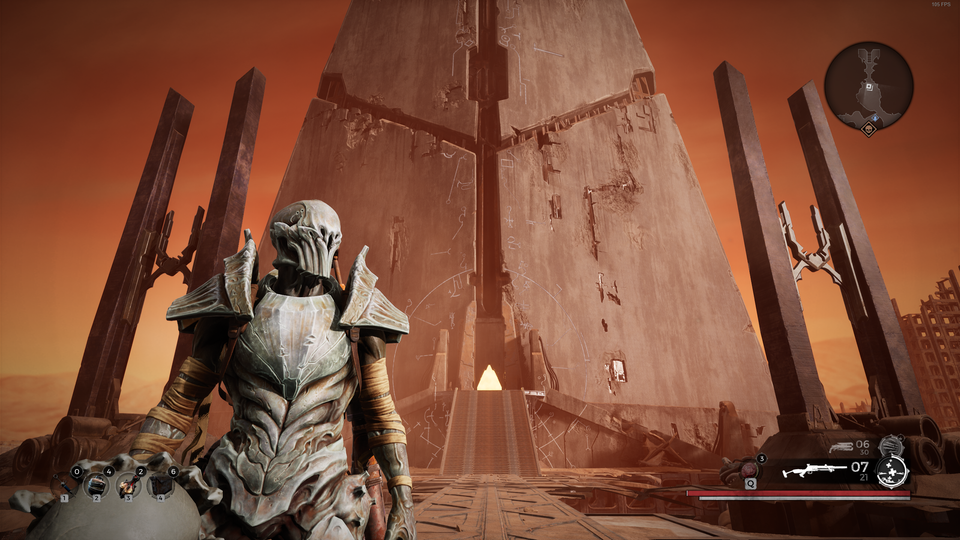 Now you might be thinking, games industry and/or readers, that this is a non-issue. Or, worse, that it’s actually a good thing, because it makes each armor set unique, and promotes different playstyles in games where there are multiple ways to play. And ya’ll would be wrong. Dead wrong.

Have you heard of a little game called… Dark Souls?

Of course you have. Two of the three games I mentioned above are inspired by it in some fashion or another. Everyone knows about Dark Souls. And one of the things Dark Souls does is not have armor set bonuses.

Sure, each armor has a unique look and stats, which are important to how you play – you couldn’t be a nimble warrior if you were decked out in heavy armor – but while there was some armor that had unique powers, it was either unique to one article of clothing (like a hat that improves spell damage), or it was spread evenly across all the armor so you could still just wear one piece and get a boon (like wearing gloves that improved your spell speed).

And while many people have praised Dark Souls for the gameplay, the mechanics, the narrative, yatta yatta – what it really innovated, and mastered, was the ability to play fantasy dress-up. You might have been trapped in a nihilistic hell where hope is dead and your enemies are eternal and relentless, but by god you could look good while you dredged through the horrors. While there were plenty of armor sets, you could mix and match them without penalty to make your own unique look. This was made even easier in Dark Souls 3, where the developers really fixed out that a lot of people were just there for the dress-up and added tons of armor sets and made it impossible to upgrade them, so you never had to feel attached to a certain look because that was where you had sunk all your upgrade stones and souls. 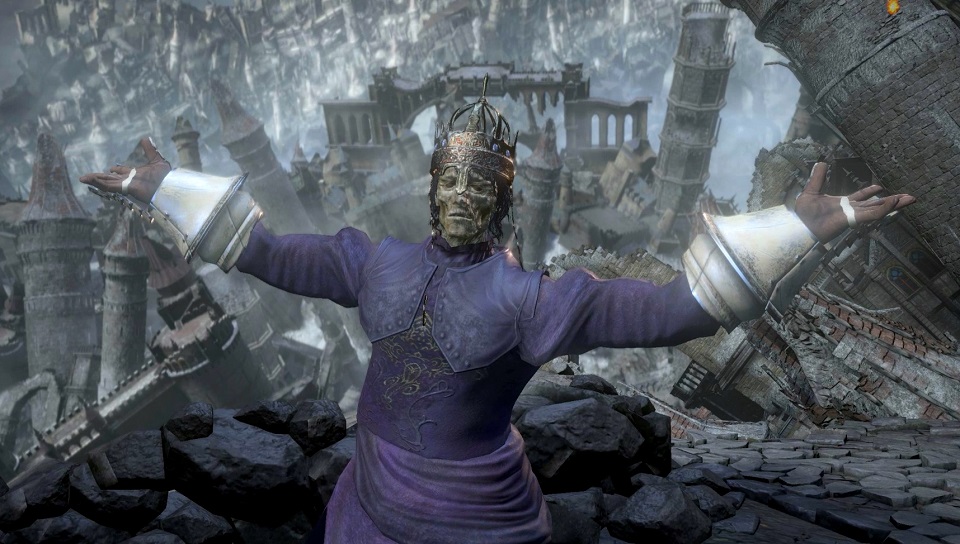 Oh, and Dragon’s Dogma did this very well too. I don’t really need to point that game out specifically, but I always look for excuses to promote Dragon’s Dogma. Play it.

Anyway, set bonuses spit on this innately creative and self-expressive part of RPGs. Instead of encouraging players to make their own unique look, it’s a statement from developers that basically says “we made this look, we think it’s great, now wear it”. It’s encouraging players to conform to the styles the developers like, and it punishes stubborn players – like me, for example – who refuse to forfeit the ability to express ourselves to play by their rules. Granted, in some games that’s easier than others – in Remnant, for example, they are super stingy with new armor sets, and while Code Vein has some amazing character customization options you only really have one “piece” of armor, a cloak, which doesn’t allow for an incredible range of customization options – but it’s always one of the first things in my mind when I pick up a new RPG. 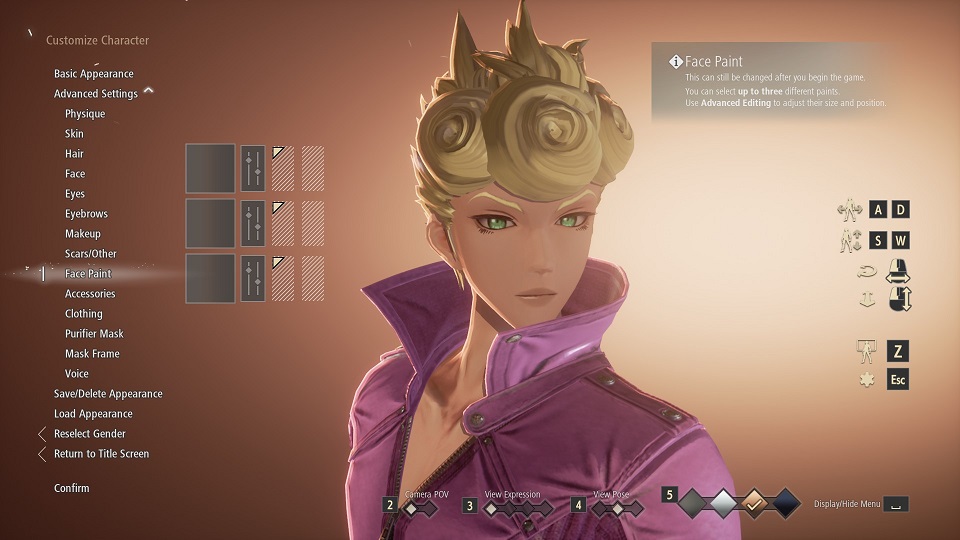 You might recall I talked about that at length when I first picked up Monster Hunter: World.

What’s most frustrating about this isn’t even the set bonuses, though: it’s the fact that we’ve already solved the problem. Some MMO’s – World of Warcraft, Guild Wars 2, and that game I’m kind of hate-playing Kingdoms Under Fire – have the ability for you to change a piece of armor’s or a weapon’s appearance. By going into a menu – or paying a free – you can transform your look instantly, and have the best of both worlds: you can technically be wearing a full set of armor that gives you the bonus you most enjoy, and you can look however you damn well want. It’s simple, it’s elegant, it’s enjoyable, and yet for some baffling reason developers refuse to implement it. Maybe there’s some behind-the-scenes stuff that makes it hard to do? But I doubt that, and what’s more, for the benefit it actually gives the player, the ability to look good and feel good, it seems to me like an obvious choice for any game that refuses to copy Dark Souls (for once) and implement mandatory set bonuses.

I can’t think of a good reason not to implement a solution like this, save one: in games with a strong focus on PvP elements – such as certain and Destiny – where armor sets make an enormous different in gameplay, then it’s important that players are able to immediately identify what their enemy is capable at a glance. If your armor lets you fly but if you made it look as if you’re a burly tank, you’re going to throw off your enemy’s decision making and ability to assess risks. But this is an edge case. And since I’ve never even played Destiny I can’t be sure if that’s even the case in that game.

Titanfall 2’s probably a better example. You can change how your titan looks, but even if you buy the “Prime” titans and dress them up in stickers and unlockable paints, it’s still easy enough at a glance to identify what each one does. Because, you know, their base “look” stays the same.

I understand that my desire to play dress-up is verging on the unhealthy, and that maybe it’s time I just bite the bullet and buy one of those dress-up games for myself so I can get my kicks. But dammit, it’s not just my own feelings that causes me to rally around this cause – it’s the fact that when I play an RPG, I want to actually do that role playing part that’s there in the name. The whole point of RPG’s, as I understand them, is to take YOUR character through a world imagined by the developers. It’s a cooperative thing. We get – heck, we even enjoy – that we’re in a world that’s not our own, but that’s why it’s so important that we get to explore that world in a character that’s our own. At least, if we can. I know some RPG’s are more about the story, and you’re not so much making a character as you’re guiding one to a destination, but if you are an RPG that will let you customize a face and personality at the start of the game… why stop there?

Which is the main reason why developers should let me play dress-up in their non-porn games.

The ball goes to the goal on it's own.

The game's just not made for it.

Borderlands Science is here to save the day.