It starts strong, at least.

by LizardRock on Mar 02, 2020 @ 11:56 AM (Staff Bios)
Comment(s)
The future is bleak. It's damp, dark corridors contrasted by the sharp glow of glowing screens and neon lights. 7th Sector introduces a difficult cyberpunk future with plenty of secrets to uncover. Had I only known that the only true escape from this world of struggle, pain, and failure was to select "Quit Game" from the menu.

7th Sector is an atmospheric puzzle game by Sergey Noskov. In it, the player controls a sentient collection of raw energy as they travel through various technologies, working their way through the world one sector at a time. As they progress, they will be stopped by regular game puzzles that range from rhythmic passwords to number games.

At first, it's a rather interesting and engaging experience. It was exciting exploring the interesting environment and putting the facts together through small bits of provided context. Traveling via wire was a cool way to be a purely electrical fly on the wall of a dystopian world. The frustrations I had didn't really soak in until later. 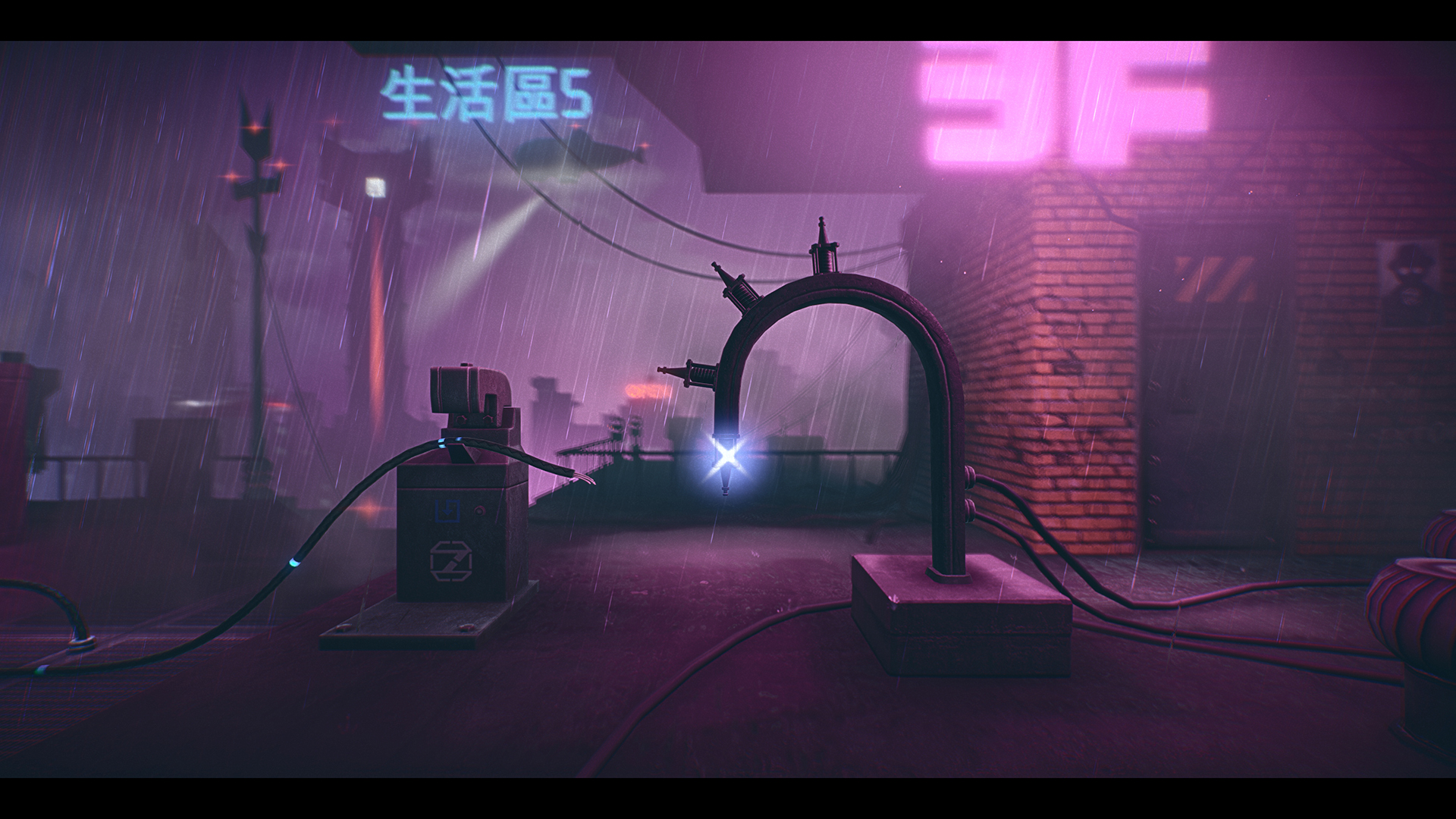 The true strength of 7th Sector lies in the world it takes place in. There's plenty of mystery to this world. How did it get to this point? What are these robots for? Who am I? I had numerous questions about this place. It knew how to make the most of the scene it was given to tell the player what it wanted to tell. And as the answers slowly revealed themselves to me, I only grew more interested.

This curiosity is fueled further by the excellent graphic and audio design. The world seemed to be cast in perpetual darkness. Intelligent use of lighting and color established that while this is still a city full of life, it was very much lifeless. Each and every sound served an important purpose, enriching the immersive potential of whatever environment I found myself in.

When they all combine, it creates a fantastically fascinating world. This is why it's such a shame that the game itself was unbearable. 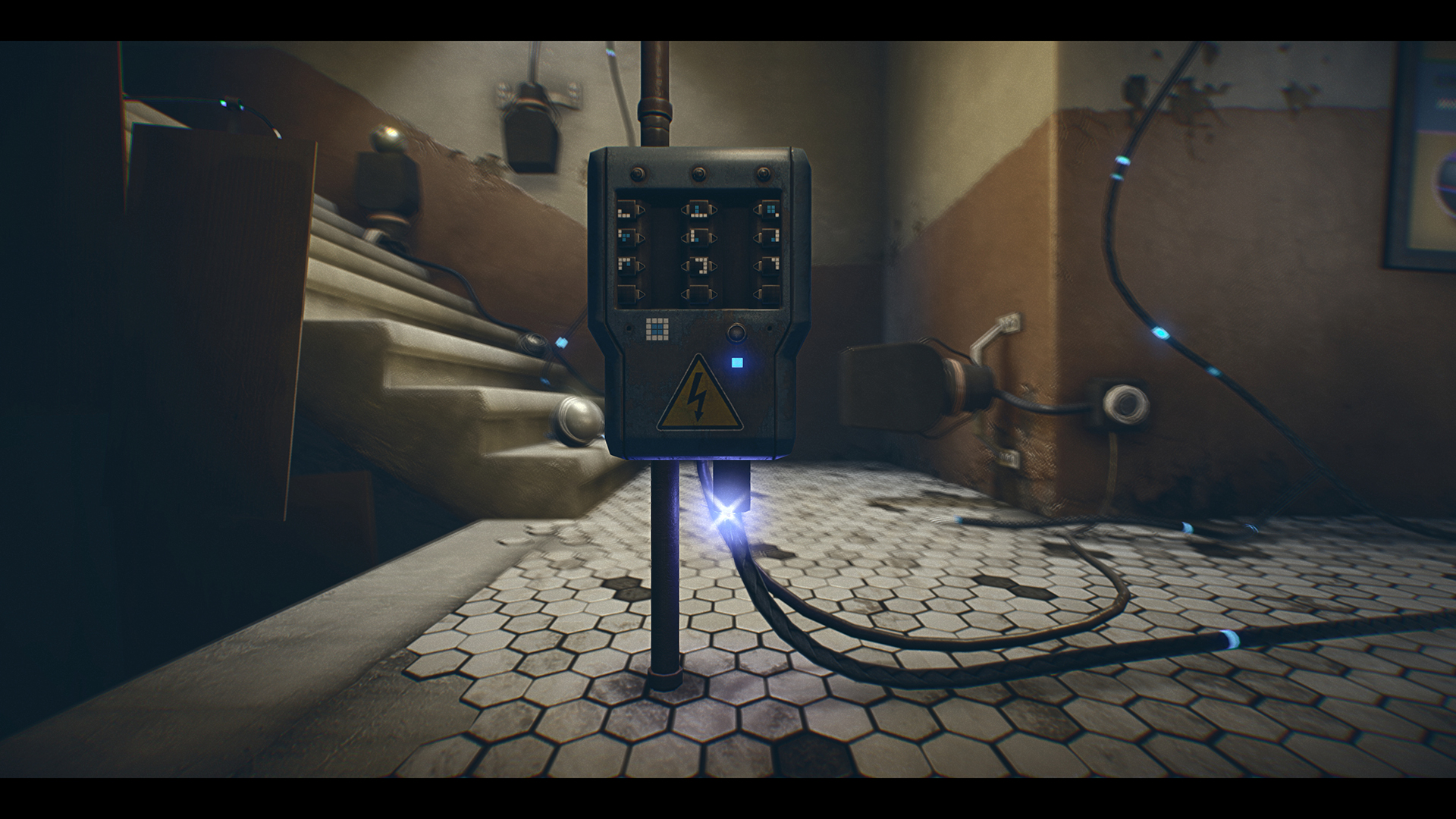 It may have an interesting worldscape, but 7th Sector will make your tear your own hair out trying to see it all. Artistic aspects aside, the game is a series of different puzzles. Some of them are environmental while others are more direct or numerical. Some of these puzzles felt very fair and appropriate. The early game puzzles weren't too challenging, becoming progressively harder over time. But that's fine; where's the problem?

The problem is that the further you go into the game, the worse the puzzles get. I don't mean in terms of difficulty, but of quality. In an increasing frequency, puzzles did a poor job of explaining how they operate. I would have all the information the game is giving to me, but still be lacking one critical component needed to piece it all together, resorting to me relying on the trial and error method, losing patience with every attempt.

Some puzzles are simply broken, depending on how you play. I was using a controller on PC for this review. It was notably more comfortable than using a keyboard. This became a problem when I discovered that the sprint feature doesn't work on a controller for this specific puzzle. I had to have one hand on the controller while the other pressed shift, forcing this tremendously awkward interaction with a time-sensitive puzzle. 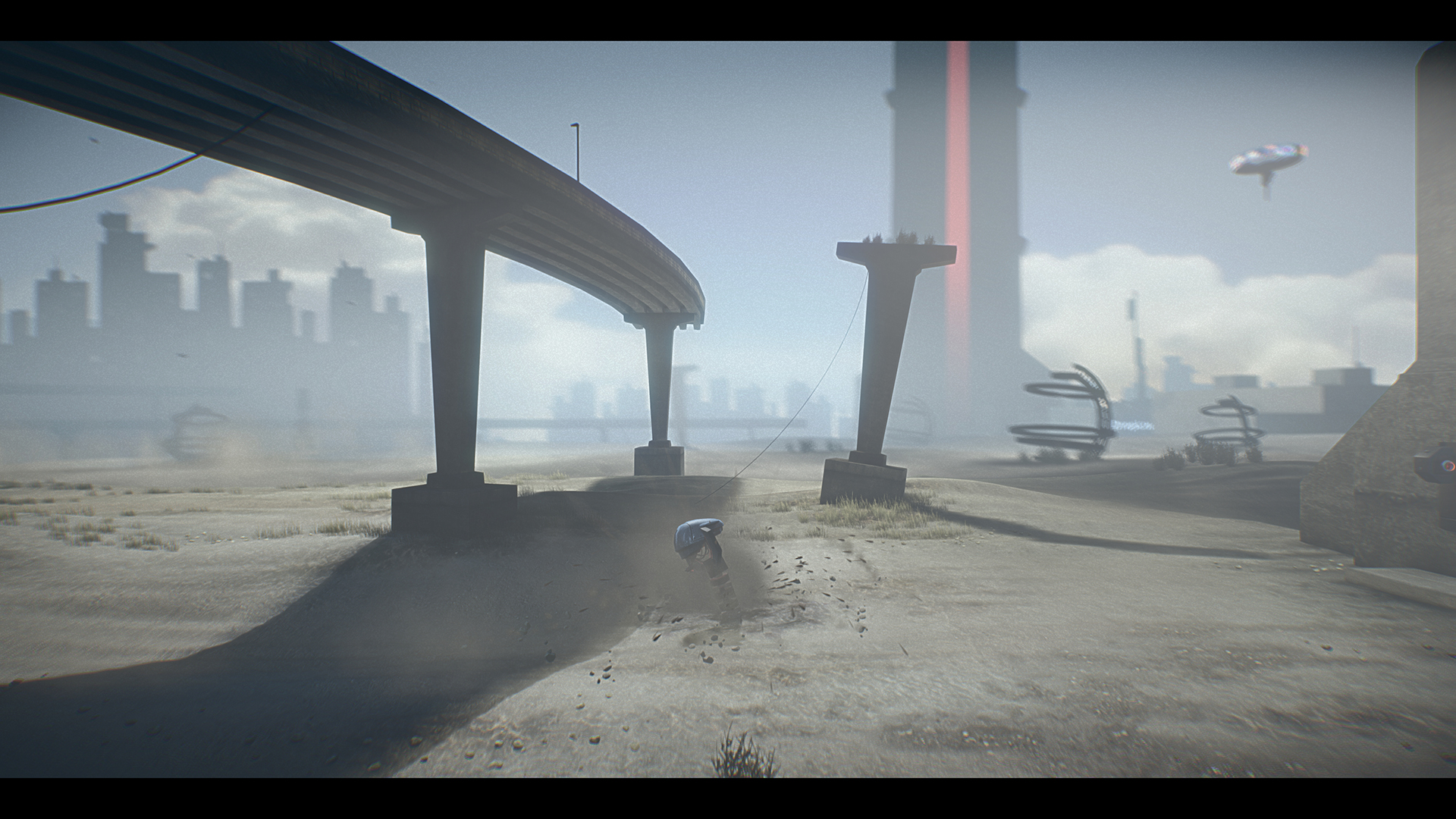 There are puzzles that draw on random chance to pass, while others require a degree of specification unreasonably deep compared to the rest of the game. Don't even get me started on the many awful puzzles in the sewer section.

7th Sector does a bad job of explaining the rules of each puzzle. This happens most often when a game's playtesters are the same folks developing the game. Because they already know the answer, they don't realize how obscure their information really is. I'm not saying that's the case here, but it certainly feels like it.

I regretfully admit that I did not reach the end of 7th Sector. I try to make a point to play the entirety of a game before reviewing, in order to get the full experience. But after multiple hours of pure frustration, I couldn't bring myself to continue any further. 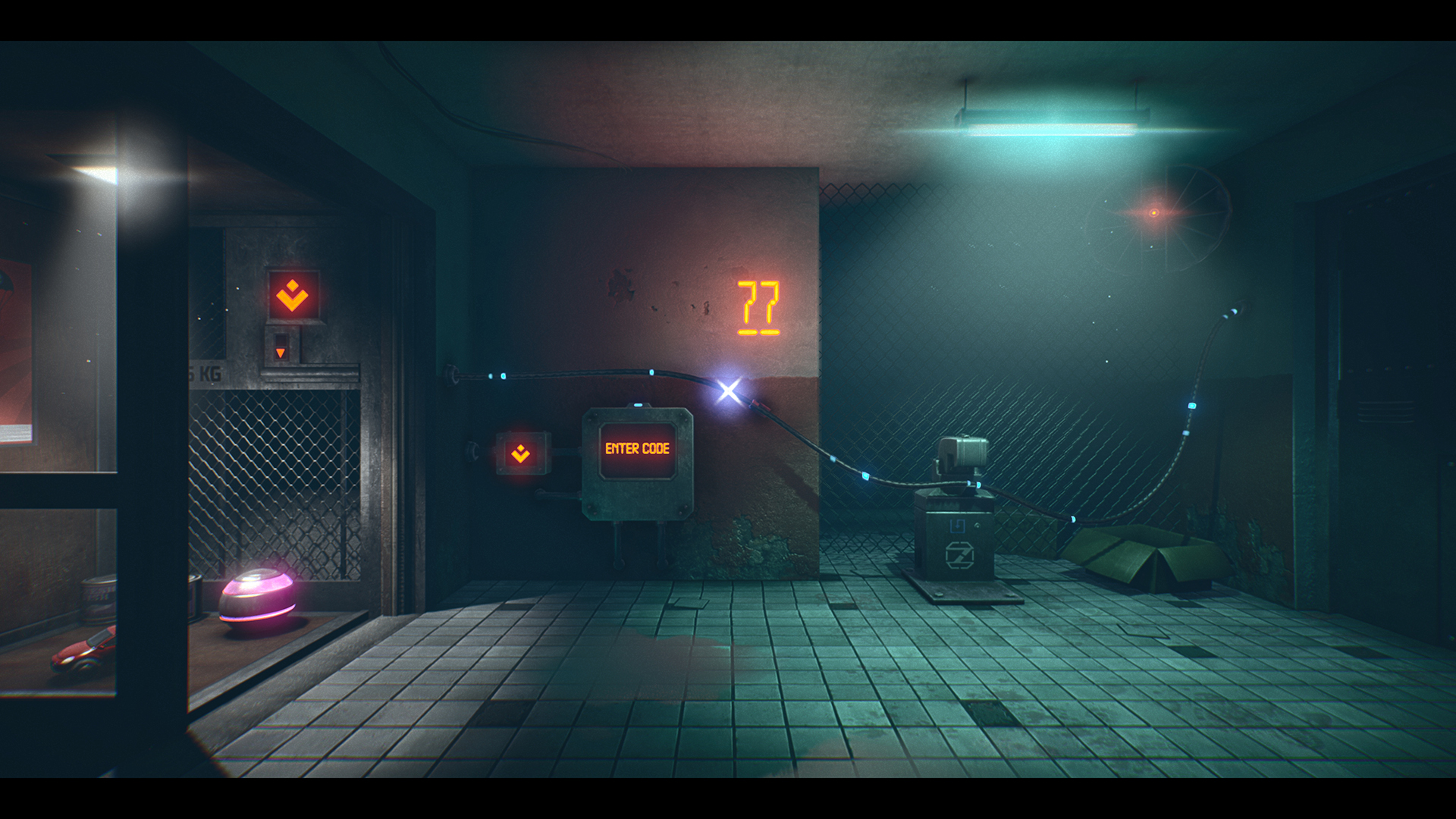 I wanted to enjoy 7th Sector. I really did. It's a well designed and interesting world they've developed. But It's trapped behind an increasingly frustrating gameplay loop. I shouldn't have to pull my own teeth out just to enjoy a cool narrative. The game didn't offer enough to alleviate this pain. For this reason, we rate the game as follows.

It's hard to recommend playing 7th Sector. The flaw within the core of the game will be annoying to both casual and series puzzle fans. It's reasonably priced at $12.99, at least. If you truly want to experience the best of this game, you're better off watching a playthrough online.

7th Sector is available on PS4, Switch, Windows, and Xbox One. It was developed by Sergey Noskov and published by Sometimes You. For more information about the game, including where to buy it, visit the official website.