by pocru on Nov 16, 2019 @ 05:50 PM (Staff Bios)
Comment(s)
Pokemon Sword and Shield is out, and by the time you’re reading this, I’ll be going off on a whirlwind adventure with my new Pokemon pals in the Galar region. We’ll be getting in fights, winning badges, and eating curry – but not collecting them all, thanks to the rather frustrating decision by Game Freak to cut a substantial number of Pokémon from the game.

Now, I, like every unreasonable fan, found this news pretty disheartening, but at first I was willing to accept it as a reality of game design. I was even more disappointed to discover they had no plans to ever add these cut Pokémon from the game, but hey, if video game companies never made bad decisions I would be out of a job. But now that I’ve seen exactly which Pokemon have been cut (and it’s a lot, as you can see from the list below), I’m almost downright heartbroken.

Every Pokemon in white has been cut. The green are the blessed few who have been spared. 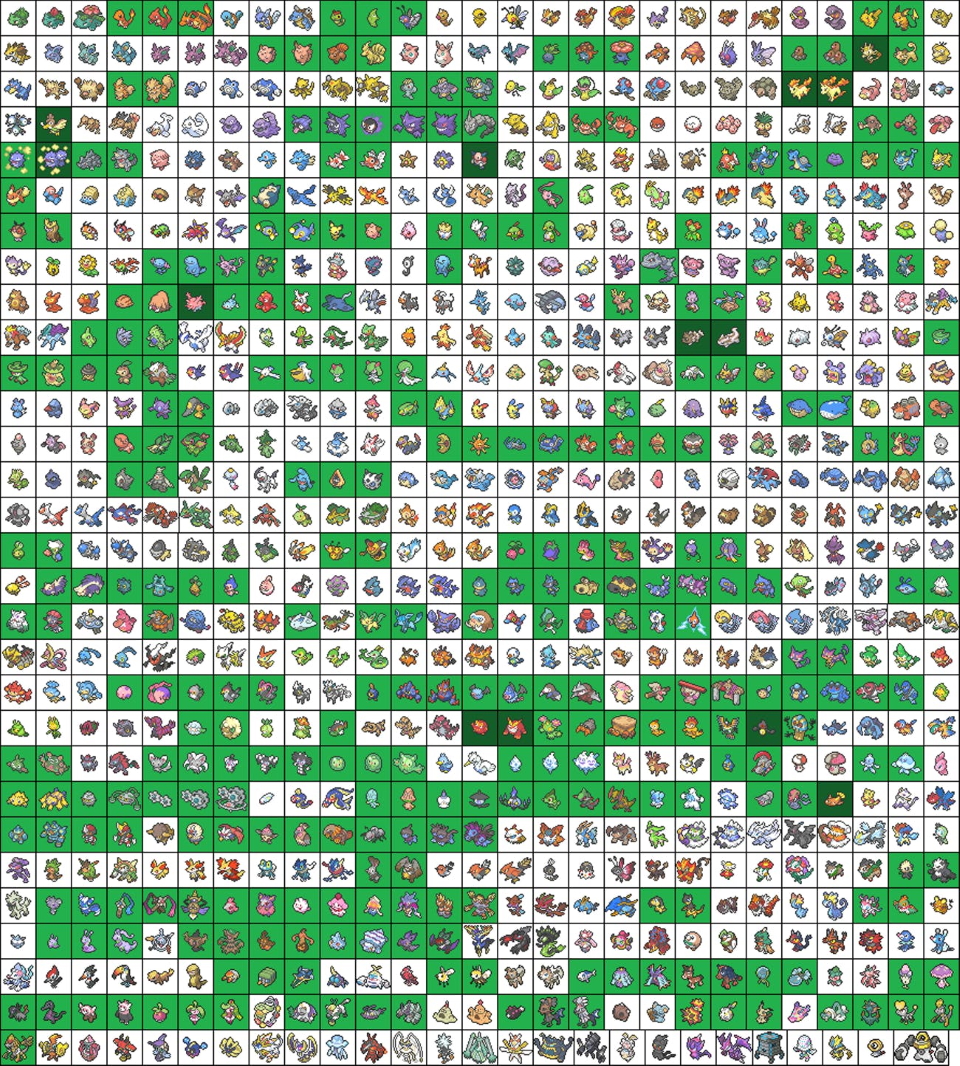 I know it’s too late to complain. And even if it wasn’t, I know my complaining won’t fix a damn thing. All the same, I feel compelled – no, honor bound – to point out to Game Freak how big a mistake they’re making by telling them exactly which Pokemon they shouldn’t have cut – and helpfully pointing out which “saved” Pokemon should have gotten the axe instead.

SHOULD HAVE KEPT: The Nido line 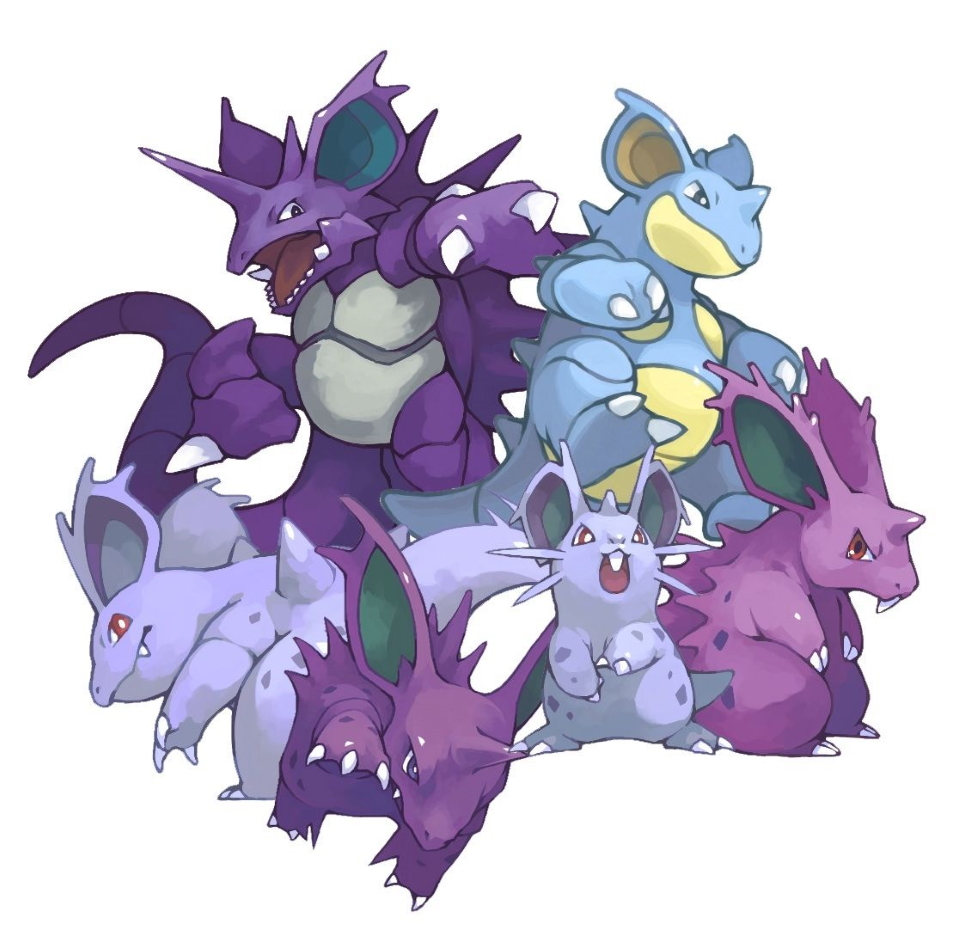 The Nido-family of Pokemon deserve better, let’s just be honest. Their design is genius – lizard rabbits – and when they reach their peak evolution they turn into right and proper monsters. Like, spiky arms and legs, thick bodies, claws and horns and angry scary looks. They were the most “monstrous” of the original pocket monsters, and since they were also pretty hard to get their hands on, they kind of doubled as a status symbol. It’s little wonder the “big bad” of the game used these bad boys – they’re tough, they’re intimidating, and everything angry 12 year olds want in their animal combat slaves.

Plus they’re funny when you pet them.

SHOULD HAVE CUT: Klink line

Klink, a bit like Honeage and Klefki, is a stupid Pokémon that’s just a face attached to an inanimate object. Honeage gets a begrudging pass because one of these games is literally named after him, but there’s no excuse for Klink. It’s just gears with a face. No one likes it. Literally no one. The only good thing about Klink is that you can use it to make puns, but that doesn’t stop it’s inclusion in Pokemon Sword and Shield from really grinding my gears.

I’m not going to apologize for that one, I wanted to give it a spin.

SHOULD HAVE KEPT: Phanpy line

Okay, so the UK isn’t exactly known for having a robust elephant population, but it’s also not exactly famous for having a sprawling collection of monkeys or floating swords (maybe I’m still a bit bitter about Honeage) so that’s no excuse to leave out this adorable rolly-polly hug-boy. There’s nothing not to like about this line. Phanpy is adorable and huggable and you can so easily picture it chomping on Curry with its lil’ trunk it makes you want to squeal, and when it evolves, it becomes big and tough but still completely huggable. Like Eeyore mixed with an alligator. And what could be more British than Eeyore?

SHOULD HAVE CUT: Darumaka line

“So, we need a new Pokemon, right? Here’s what I propose: throw-pillow with clouds for eyes and a stupid smile. I know what you’re thinking: it’s another one of our animated object Pokémon that everyone agrees are the worst, but here’s the tricky part: it evolves into a round monkey with giant arms, an angry look on its stupid face, and flames jutting out of it’s head like All-Might. One glance and you think, ‘fire-fighting type’, right? Wrong. Clear gameplay communication through design is for jerks and idiots. This asshole is a fire-psychic type, and occasionally turns into a rock sphere because f@#k you.”

Screw Darumaka with every screw in the toolbox.

SHOULD HAVE KEPT: Bulbasaur and Squirtle lines

You’ll notice that the starting Pokemon from most of the series have been cut, which makes a begrudging amount of sense to me – don’t want to remind people how good they used to be when they need to just accept the fact their adorable Sobble evolved into a pompous chameleon. But Charmander, for some reason, is the exception to this: which really rubs me the wrong way. It’s like Game Freak is ending years and years of debate by definitively saying “Charmander is the best of the original three, everyone who loved Bulbasaur or Squirtle is wrong and should feel bad.” And that’s not correct – not just because Squirtle is objectively the best, but also because it feels downright heretical to actually definitively end the discussion.

But they’re also just good Pokemon, so instead of doing Charmander dirty and removing him, they should just add the other two. Keep everyone happy and enable years and years of further debate, discussion, and admiration of Squirtle.

SHOULD HAVE CUT: Diglett and Roggenrola line

Roggenrola is just some rocks. No one would miss it. No one would even remember that it existed if we weren’t being reminded it exists by this list. No one looked at this speck of colored rock and though “yeah, this Pokemon speaks to me. It’s design is appealing and I can’t wait to travel the world with this rock.” If you want a rock as a best friend, just go outside and pick one up. Your own real-life Roggenrola. Don’t even need googly eyes or anything since it’s one giant disgusting rock ear.

SHOULD HAVE KEPT: Venipede line

I’m not only saying this because I was looking forward to using the Venipede line at some point – I’m a big fan of insects and Scolipede is dope – but also because this is one of those few Pokemon who aren’t sort of cannibalizing other Pokémon. We’ve got lots of rabbits, sheep, dogs, rat, cat, and tree inspired Pokemon. There’s no shortage of horse-based ones, or fish-based ones, or even ones based on inanimate objects. But a millipede? There are no other millipede Pokemon. There are a few long boys, sure, like Onyx and Steelix and the like, but those are really more like snakes than millipedes. And sure, I get that a lot of people don’t like millipedes, but that’s all the more reason to give those rare souls that do a special Pokemon pal, just for them.

SHOULD HAVE CUT: Hippopotas line

There were lots and lots of ground based Pokemon that Game Freak could have kept instead of Hippopotas, which is literally just a hippo but anime. But for some reason, someone thought “yeah, this is Hippopotas’s time to shine” and decided to keep this ugly mother. It’s got the eyes of a cartoon crab, a nose as big as it’s stupid face, and it’s evolved form ejaculates sand. I know you don’t like hearing that, I sure as hell didn’t like typing it, but the truth is the truth and neither of us can hide from it.

SHOULD HAVE KEPT: Misdreavus line

I know Misdreavus is just a washcloth wearing beads, but it is a necessary sin to get Mismagius, probably the best Ghost-type Pokémon that doesn’t have a tongue longer than its own body. It’s got a graceful, elegant design, a mischievous but somehow friendly and appealing face (with the perfect w-shaped mouth too, god bless) and even little cat-ears to accent it’s adorable witch-hat. It’s a damn winner is what it is, and considering the UK’s history with witches you think it would be a natural fit for the Galar region.

SHOULD HAVE CUT: Pikachu 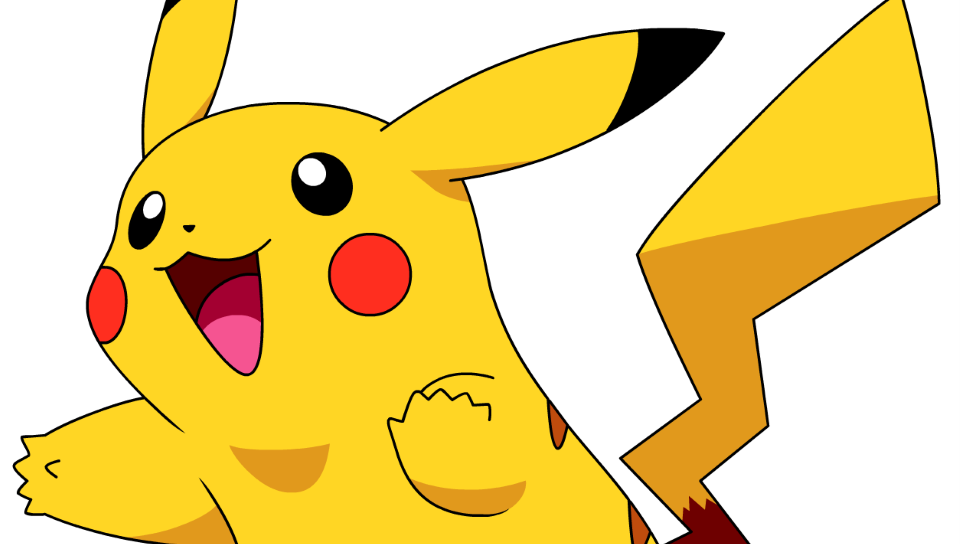 I don’t suggest it out of bitterness, either. Let’s face the facts: not only is Pikachu a wee bit over-exposed in Pokémon media, and it could stand to share that spotlight with some of the other cuties, Pikachu’s absence would have been a clear sign from the get-go that these “cuts” are not permanent.  There’s no way on earth the Pokémon company would have let their money-printing golden rat vanish off the face of the earth, and people would be relieved to see that their favorite Pokémon, who may or may not have made it, weren’t vanishing either.

Plus, anyone who sincerely miss it would have no shortage of ways to get their fix. Same can’t be said of friggen’ Sealeo.

I sure as hell did.