Giant mushrooms and Dodo Airlines and Fish Bait oh my!

by LizardRock on Sep 05, 2019 @ 10:51 AM (Staff Bios)
Comment(s)
Another Nintendo Direct has come and gone. And with it, more information regarding the upcoming feel-good game, Animal Crossing: New Horizons. But did we actually see anything new, or are they just spoon-feeding us more of the same?

On September 4, 2019, Nintendo held one of their famous Nintendo Directs, a video presenting various news about upcoming and existing Nintendo games. Like many had hoped, this included another Animal Crossing: New Horizons trailer. We took a closer look at the five-minute trailer and assessed everything new or different we could find.

The video kicks off with a shot at the actual in-game transit option. It was no secret that villagers would arrive by plane, but the details were scarce. Now we see the plane itself, as well as the building it's managed by. Introducing Dodo airlines. This will presumably be what's used to travel to other villages. The service might even be staffed by birds if the name means anything. 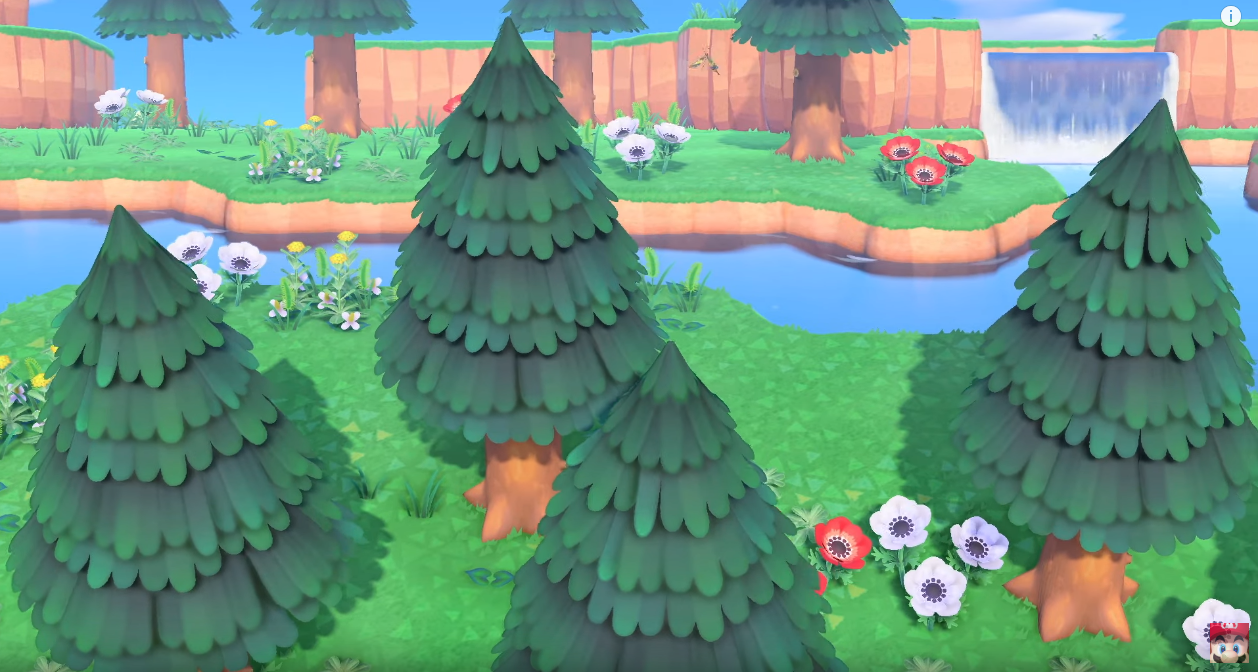 Weeds are a normal aspect of Animal Crossing. They grow over time and are generally considered unsightly. But now there's more than one. We notice at least three different weeds in this particular image. This may have been seen before, so forgive us if this isn't new.

We noticed that there are more weeds. But it seems more complicated than that. In this image, we see weeds unseen in other clips. The purple ones were also seen in a winter setting. Are these weeds specific to this village, or are there seasonal weeds? We aren't sure. Could you imagine asking to visit a friend's town because you want their weeds? 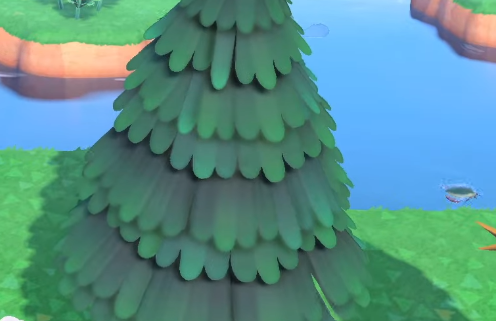 Look to the right of the image, see the... something, sitting in the water? It was moving to the right in the video.

To be frank, we don't know what this is. It's not the traditional shadow of a fish, but we honestly can't figure what this might be otherwise. A strange bug perhaps? 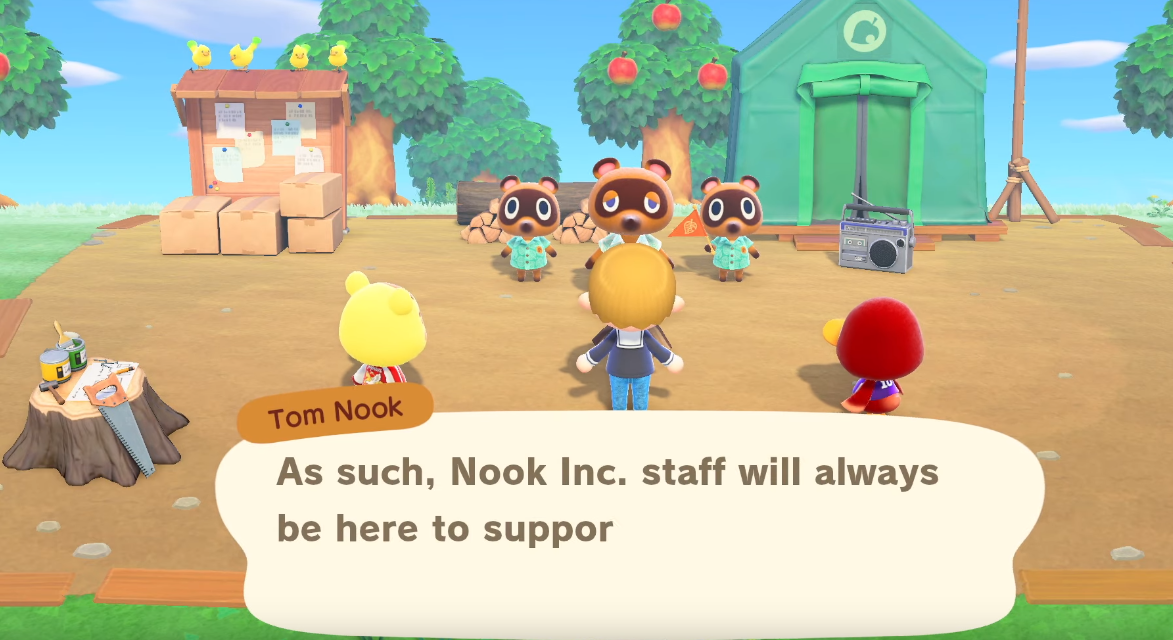 At the center of the island, where Nook and his services are located, there appears to be a station dedicated to modifying buildings. Seen on the left of the image, it has saws, construction plans, and paints. Its official purpose has not been said, but we put our bells on it being a building modification station. 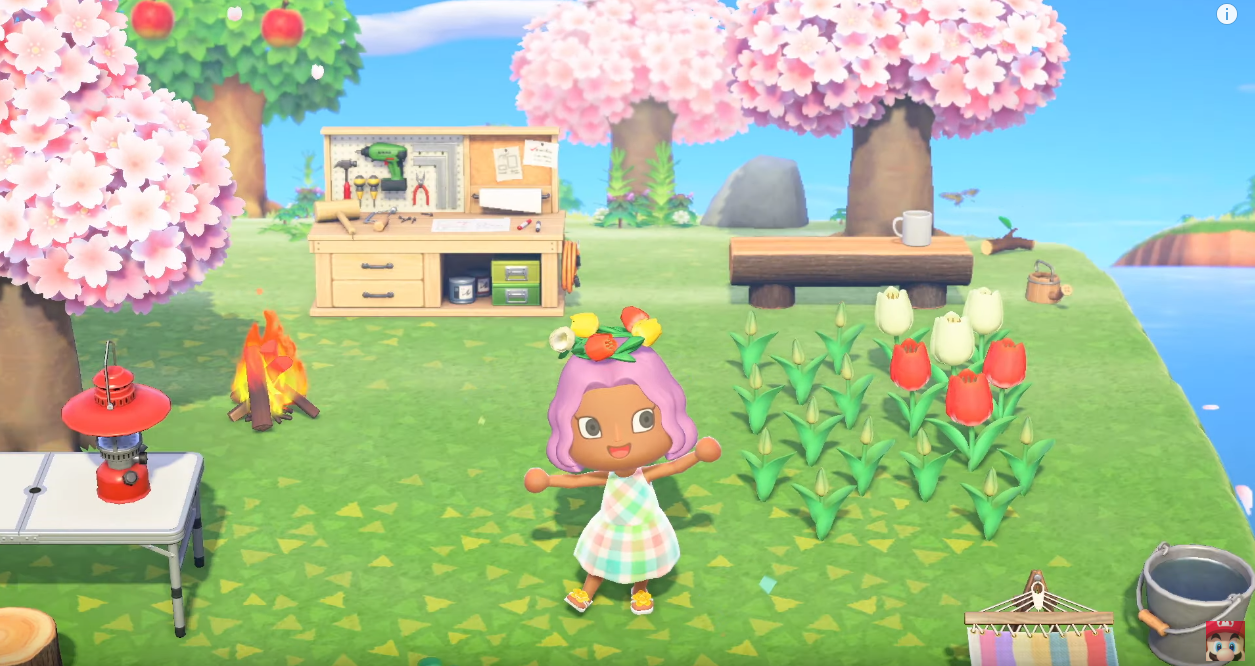 Take flowers, turn them into a hat. Simple enough.

In the video, we see a villager eating an apple and gaining +1 to their apple meter. They then spend 1 apple meter to dig out a tree in one swing (see next entry). We can imagine this apple meter will serve more purposes than just tree pulling.

If you wanted to establish a grove or garden, you essentially had to destroy the trees, replant them, and hope. Using the aforementioned apple power, you can dig those trees up wholesale and replant them, fully grown. Convenient.

Sometimes it's windy without all the rain. That aspect of weather is now in Animal Crossing: New Horizons. The image doesn't show the best portrayal of this aspect, unfortunately.

Animal villagers holding tools is nothing new. But it seems to extend farther than that. We caught a view of one villager holding a book. Are they reading? Is that a tool of some kind? We don't know. It looks like a book about bugs, though. 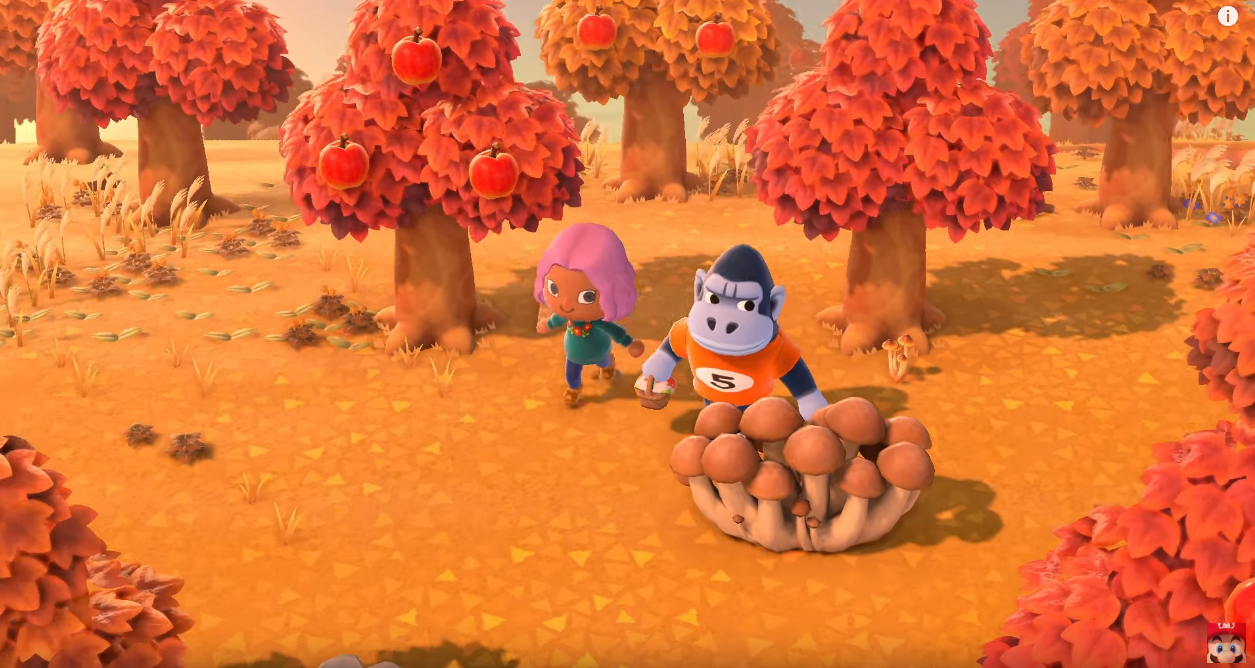 Like with the weeds, we noticed that mushrooms are a more common occurrence in the game world. While the ones we first saw (in the book image) were nothing new, we quickly noticed one mushroom that was not like the others: this GIANT piece of mycelium. That's quite the mushroom. We're wondering if it grew or if it's an item placed down. 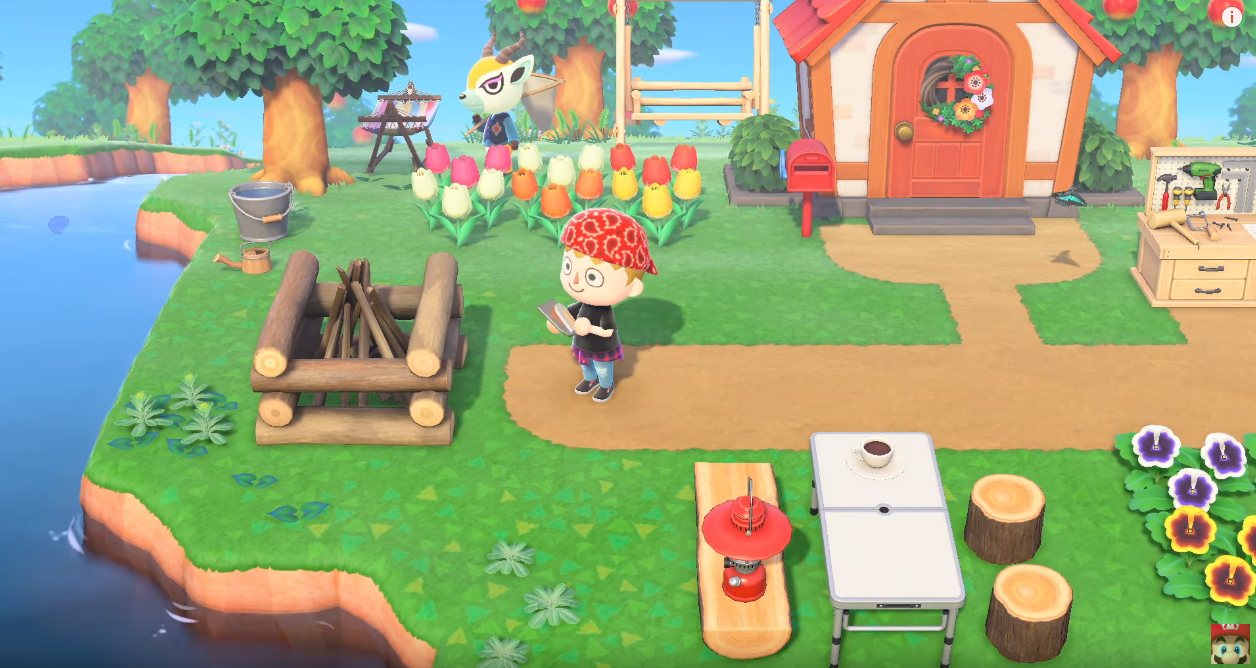 In this scene, the focus is on the player as they add a curve to the path. But upon closer inspection, we notice that the path leads to some kind of workbench on the right. It can also be seen in the Garland image. We won't try and guess what purpose it serves, but we're sure it serves one. 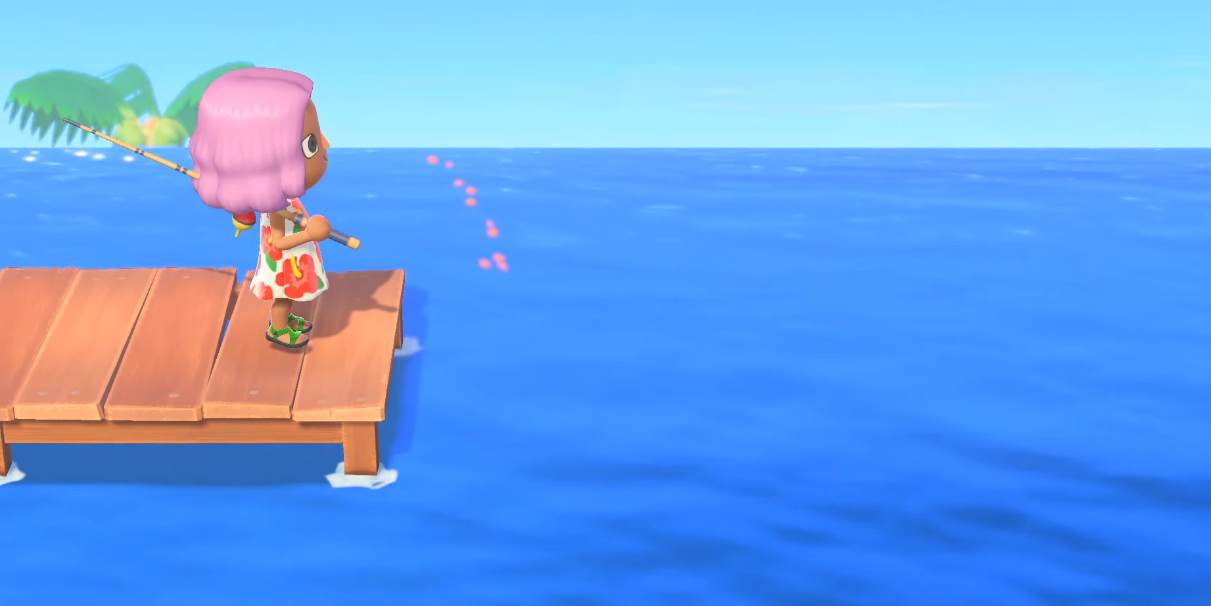 It happens almost too fast to get an image of. A villager throws bait into the sea, and a fish to be caught appears shortly after. No more pacing back and forth, hoping to find a fish.

The game is still deep in development, so all of this is subject to change. Either way, it has us simply glowing with excitement to play. Animal Crossing: New Horizons will release on March 20, 2020 for the Nintendo Switch.

This is an unprecedented, but isolated, incident.

Because Amazon care about this kind of thing.