Executives getting overpaid isn't the most thrilling news, so why do we ramble on about it? 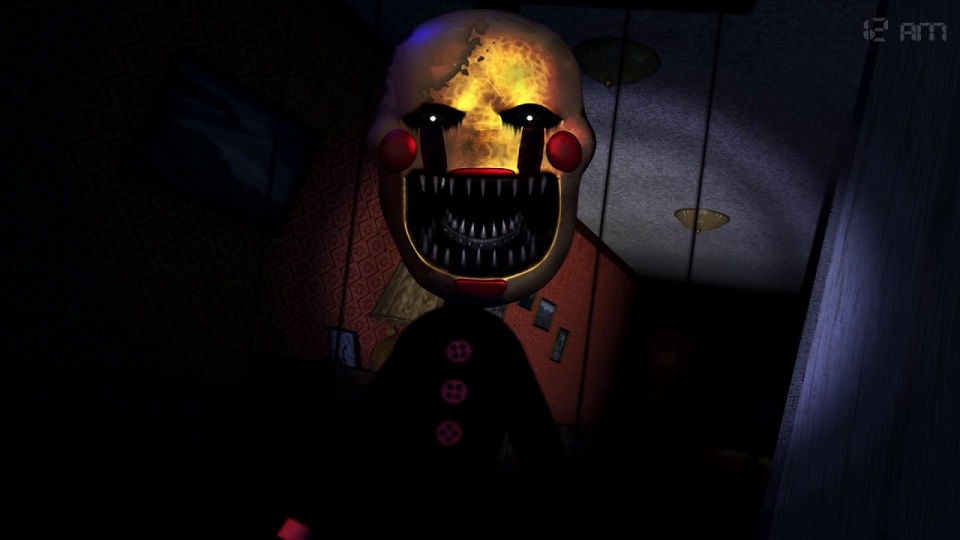 (This picture actually has nothing to do with Puppet Nightmares, but I can't really add a screenshot from that game)

Point is, it’s rare that people actually tell me what they think of my writing on this site, which is fine, because generally I’m not checking the comments or my email that often. Which has occasionally been a problem but that’s neither here nor there. My point is that when I’m deciding what to report on or write my opt-ed on, generally my thought process shifts between “what do I want to write” verses “what do I think other people want to read”. So when I report on CD Projekt Red or Dr. Disrespect or Activision-Blizzard or new game trailers, generally I do that because I figure that’s what people want to hear about. When I ramble semi-coherently about the morality of watching streamers, or report on Gearbox CEO and my favorite punching bag Randy Pitchford, that’s generally something I just do for myself. Because it’s nice to jot down ideas, share them with the world, and get paid a bit in the process.

But there’s a third category of news I report on, a category I’ve had to increasingly dip into over the past few days and weeks, and a category that I generally didn’t think about much until recently, when I found myself begrudgingly grabbing an article to report on over something I believe will be more conventionally successful. And this, my friends, is news that we should care about.

That’s something like, say, the recent reports of sexual abuse that have been trickling down through the gaming industry. Or reports of what companies are doing in response to the BlackLivesMatters protests or COVID-19. Or reports of industry executives who are accused of being paid way, way too much. 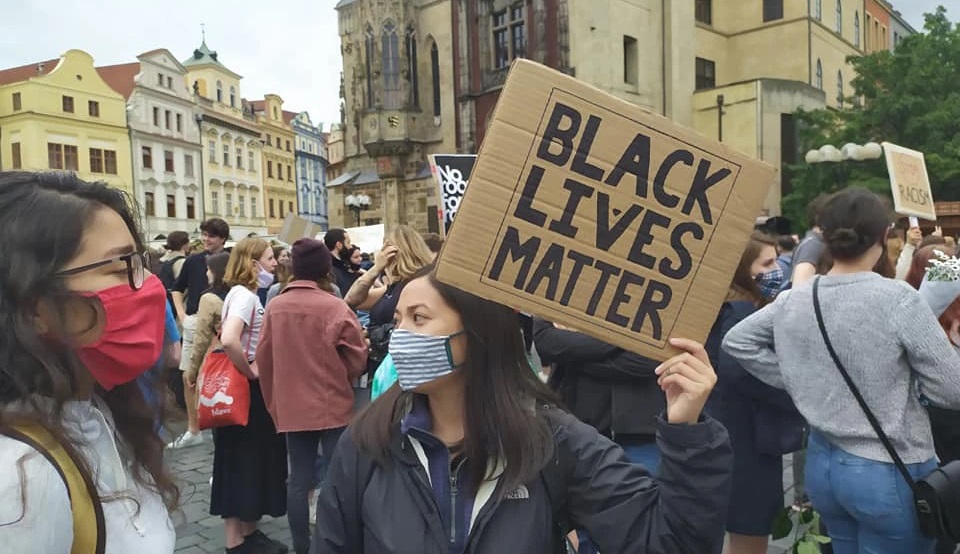 I know people visit this site, but since we’re too small to do anything like figure out the demographics of who are average visitors are, and since so few people comment, I haven’t the faintest what kind of content our audience is looking for. I assume that for most of them, it’s just general gaming news (after all, it’s been a while since we’ve been a hub for LAN parties) or trailers, or maybe they were just suckered in via Google and they don’t engage with the rest of the site beyond the single article they clicked on. Which, speaking as someone who works in marketing, seems overwhelmingly positive.

I very much doubt people come to Gamerzunite to read up on Bobby Kotich and his moneymaking schemes, Activision-Blizzard’s latest con, EA’s abusive bull, or Ubisoft’s now-famous history of covering up for sexual abusers. But all the same, I report on those stories because I feel like it’s content people need to hear about. It’s important that gamers know about these issues.

And I’ll admit, that’s a weird thing to say. After all, most of these articles don’t have anything like a conventional call to action, if I could throw another marketing term your way. Or, more specifically, they don’t ask you to do anything, or even suggest there’s something you could do. Most gaming news is little more than thinly veiled advertising, or journalists taking advantage of the industry to inflate the hype and then reap some sweet, sweet ad revenue when people click our links rather than any from the official source. And like any good ad, they all either directly or indirectly ask you to do something, typically, buy a video game. Every single article about what to expect in CD Projekt Red’s upcoming RPG Cyberpunk 2077, or what that same studio thinks of gender politics and identity, is ultimately there to tempt you into buying that pre-order.

But what are you supposed to do about EA’s executives being overpaid? Or Ubisoft not taking their responsibility to their employees seriously? Or Activision-Blizzard silencing a human rights advocate because he offended one of their big markets? Write them a letter? Stop buying their products? Throw sticks at the sun while screaming? 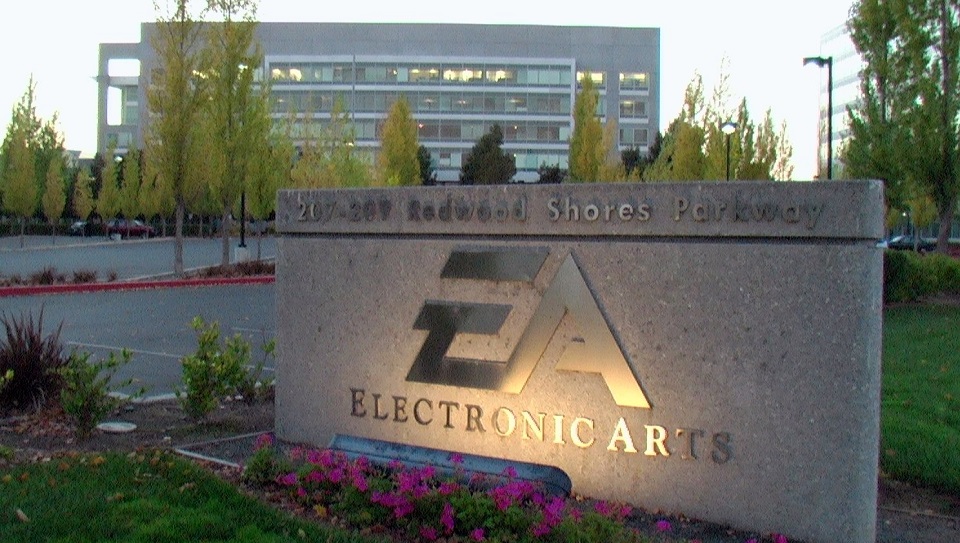 It doesn’t really matter what you do. The games industry figured out a while ago that they’re basically immune to the consequences of their actions thanks to the fact their consumers have the memories of goldfish, and about the same amount of follow-through. Boycotts don’t work – both EA and Activision-Blizzard reported record sales the same years they stirred the pot with Star Wars Battlefront 2 and the Blitzchung controversy, respectively. Protests don’t last long and, if anything, result in half-hearted apologies that the brainwashed fanboys will either praise as benevolent or condemn as a sign of weakness, and then nothing will change. And while throwing sticks at the sun while screaming can be therapeutic, the only change it will cause is moving around some sticks and wearing out your throat.

So really, I could not report on them, just focus on the ads and the interviews and the trailers, get more clicks, and nothing would really change. But just because we can’t really do anything about them doesn’t mean it’s okay to just ignore them. I’m a firm believer – well, a semi-firm believer – that even if there’s something in this world you can’t exactly “fix”, it’s good to be aware that it’s there. Being aware of a problem means you can meaningfully contribute to the discourse around the issue. It means you can take that knowledge with you and subtly inject it into related conversations with friends and family, and in doing so, educate people who aren't aware of it themselves. And perhaps most importantly, it means that if someone tries to sway you in the other direction – that is to say, if someone tries to tell you that the way Ubisoft, EA, and others have acted is fine and normal, you already know that’s not true.

It’s a long game, I guess, which is a rather grandiose way of thinking about it, but… culture is a handshake between the majority of people who participate in it. As some people leave a culture and more come in, that culture can change, slowly and steadily… assuming that groundwork of common knowledge and opinion is shared between all the involved parties.

So I’ll keep trying to do that in my own way.

Apparently RPG's need some shaking up.

Heal COVID-19 Bundle to Donate 100% of Earnings to Charity

Humble Bundle is back, baby.

Remembering where they came from.

The Wholesome Direct will Showcase 75+ Indie Games this June

Skull and Bones Pushed Back Another Year or Two

The final release date is a big question mark.