A beat 'em up that combines '90s anime and vaporwave.

by LizardRock on Jan 20, 2020 @ 12:17 PM (Staff Bios)
Comment(s)
We fight for what we care about. For some, it's glory. For others, it's family or honor. But for Super Crush KO, you fight for your overweight pet cat, Chubbz. Especially when they get cat-napped by a mysterious blue alien girl leading an army of pastel neon robots.

Super Crush KO is a beat/shoot 'em up platformer set in a vibrant future not too far from our own. The game follows Karen, a girl living peacefully until a blue alien girl bursts into her apartment and steals her cat, Chubbz. But before Karen stops her, the girl releases an army of AI robots throughout town to thwart any attempts at rescue. With a stylish neon jacket in hand and a futuristic gun that the alien girl dropped, Karen busts her way through robot after robot to get her chunky friend back.

It takes almost no time at all to see what's great about this game. The art style and color scheme are wonderfully charming, working in harmony with the easy to understand and varied gameplay. All of this is introduced quickly and cleanly, as well. You'll know exactly how you feel about the game by level 3. The only real complaint with the game won't happen until the end.

Super Crush KO excels in what many folks consider to be the two most important aspects of a video game: the art direction and the primary gameplay mechanics. They both build upon classic styles and ideas, while still introducing a sense of uniqueness that makes the game stand out from other similar titles. In short, It's fun to look at and even more fun to play.

The art is what you experience first, so let's start with that. Imagine a slice of life anime or manga from the early '90s. It has cute girls, scenes of apartments and urban streets, and a general warmth to its tones. Now combine that with the sharp, futuristic neon known as vaporwave. This incredible combination of retro culture results in a game that feels exciting and comfortable at the same time. It's a look that I hadn't really seen before and I am loving it. 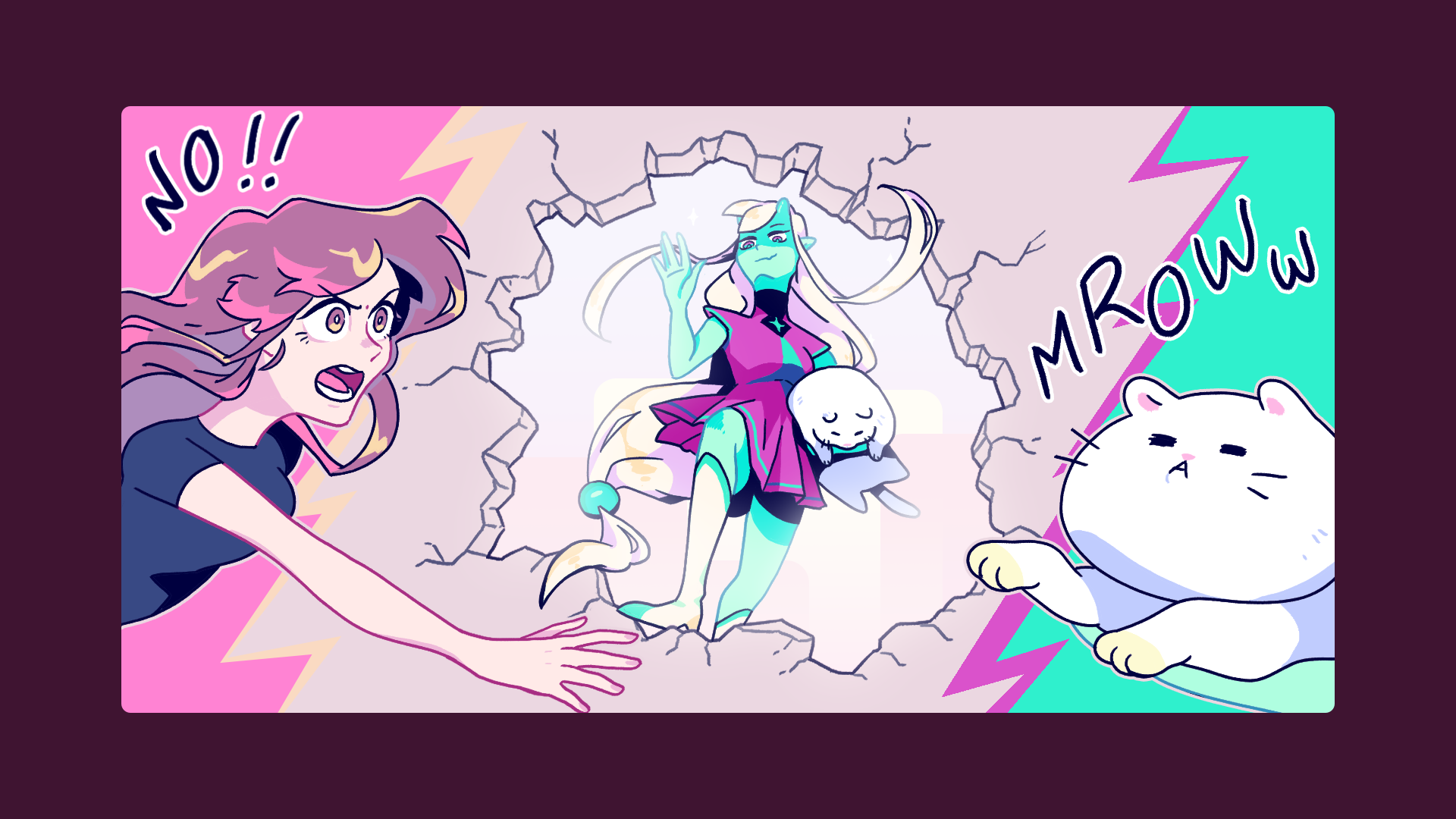 That is why its all the more impressive that the game's core gameplay would engage me just as much, if not more than the art does. When playing Super Crush KO, the player uses a combination of fast attacks, strong attacks, and a laser blaster to fight against waves of different AI robots. The controls feel rather responsive. This not only made standard combat feel better but it made it feel fairer when I did the wrong thing, resulting in taking damage.

If the player doesn't want the game to be any more complicated than button mashing, then it doesn't have to be. But it doesn't cap off at that, either. Certain moves are effective at performing certain tasks, like dashing through enemies or knocking them into the air for continued combos. The longer they fight without stopping, the higher the combo they can get, building a massive score based on their performance.

Everything available to me flowed together seamlessly. Performing never-ending combos felt extremely natural and equally as satisfying. Figuring out how to stun lock a large enemy and then shoot a smaller one with my laser rifle to refresh the combo timer made me feel skilled and powerful. Scoring high scores and achieving large combos made me excited to return to old levels to try and perfect my score. 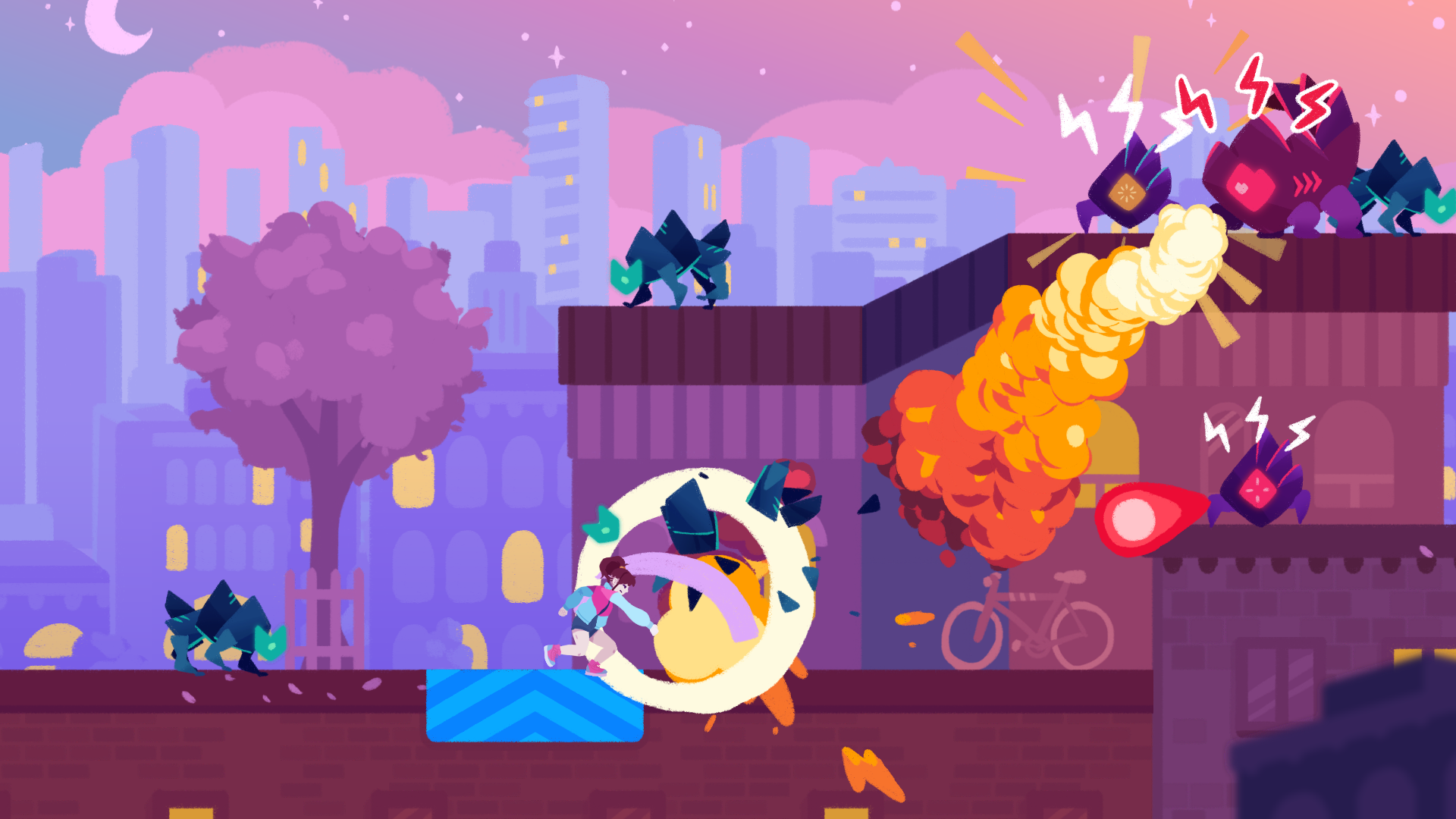 That flow applies to the level progression, as well. A I got better, the game got harder. There never was any particular difficulty spike or plateau. It managed to perfectly ride the line where I was constantly feeling challenged as I went.

It's clear that I had a fantastic time playing Super Crush KO. But all that fun came to a stop after facing one major issue: the game ended.

Super Crush KO has four "worlds" with about five levels in each world. It can be played through in its entirety after about two hours. Each world is just a different part of town, with some minor visual differences between them.

The ending itself was really nice. I liked how they handled the conflict between Karen and the alien girl. But there was so much more than they could have done in the meantime. Maybe the alien girl flew away into space, where Karen follows. They could go to her home planet, and then back again after a daring rescue, only to crash land deep in the jungle. They could even have had the last world be a "times have changed" revamp of the first world to show the player how far they've come. These ideas would have given them plenty of opportunities to add more content and a greater variety of enemies and challenges. But they didn't. They went from one side of town to the other. 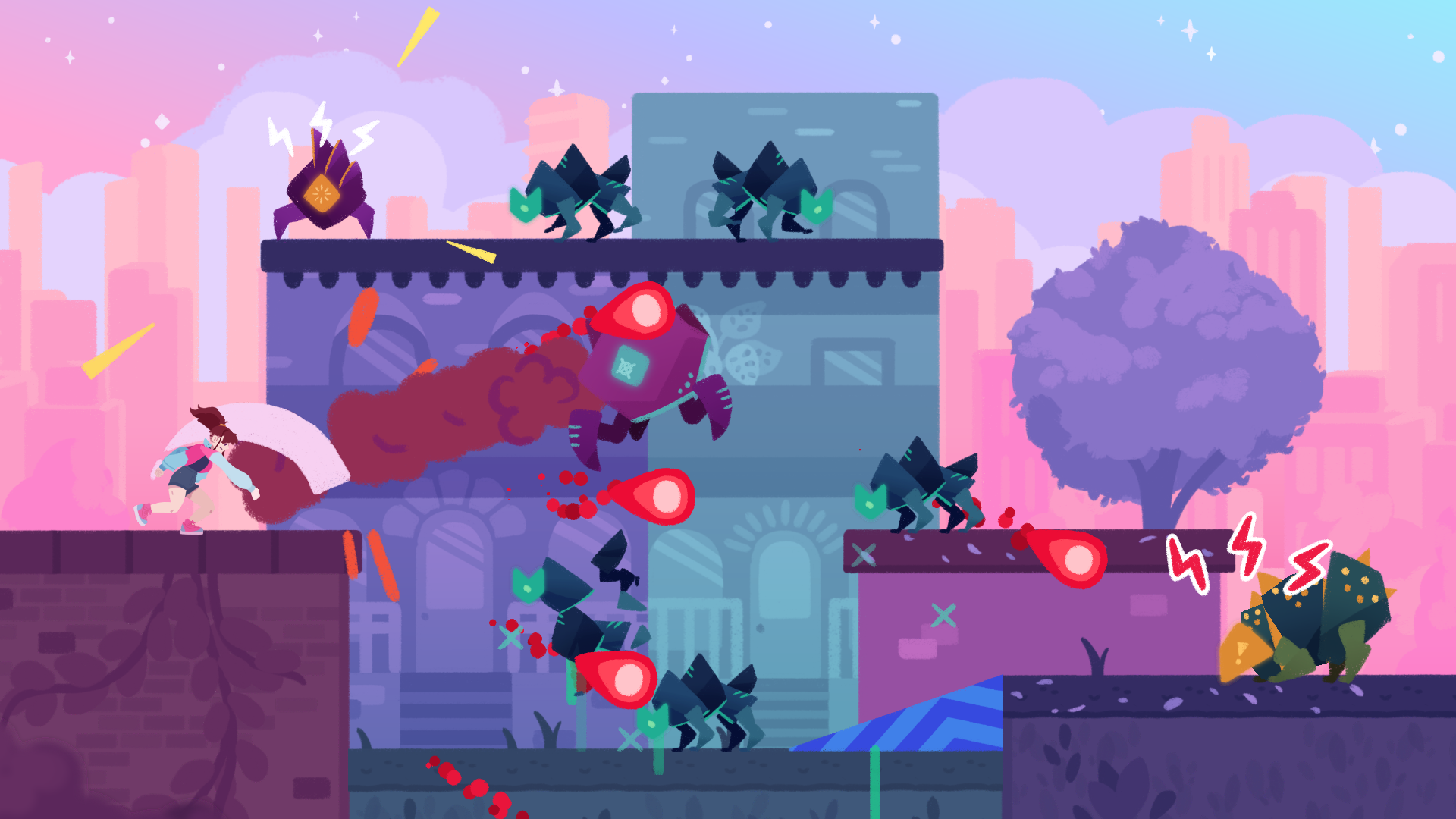 Maybe it was due to running out of development time, maybe it was budget. Maybe they just ran short on ambition. But the surprisingly early conclusion felt underwhelming. I wanted more.

Super Crush KO is a fantastic game. It's cute, unique, and super engaging. I loved every bit of it. But it's really held back by the surprisingly low degree of content and world variety. I fully intend to go back and improve my high scores. But I'm not sure how much more playability I'll get out of the game in the long run. All of this considered, we rate the game as follows.

Super Crush KO was developed by Vertex Pop. It released on Steam PC and Nintendo Switch on January 16 for $14.99. For more information about the game, including where to purchase, visit the official website. A copy of this game was provided for the purpose of this review.