5) I hope EA loses all these loot box lawsuits 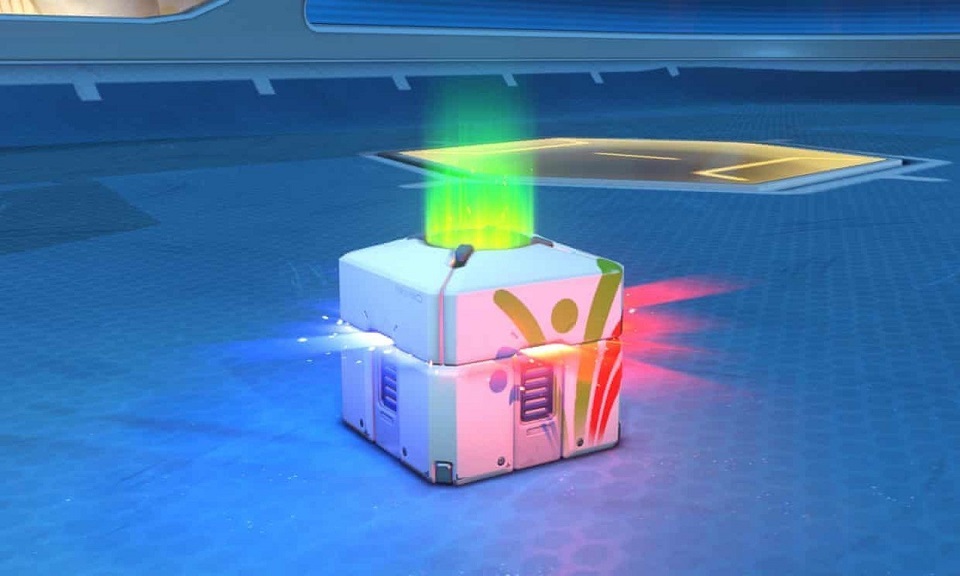 As someone who's watched the discourse around monetization in gaming evolve and transform for a decade and a half, I find the idea that we'd ever actually stand our ground to some of these nasty practices rather hard to believe, even now.

I'm old enough to remember when 5 dollar horse armor was the biggest problem in gaming. Or when boxed digital exclusives that were supposed to discourage buying games used. Or when the concept of a "season pass" was decried for banking on preemtive hype. Or when people were saying this "early access" business hurts far more than it helps. Hell, I even remember when people tried to push back on in-game ads.

Yet by 2020, almost all of these complaints have managed to push through the controversy and become industry staples. Whereas before we got mad that games were nickel and diming us, today we're actively grateful if a game only locks cosmetics behind a paywall. Season passes are the standard, pre-purchasing is normal, and most PC games these days come out in early access. Hell, the "buying used" problem was also mostly solved too, thanks to the meteoric rise of downloadable games.

Yet, the summer of the loot box is finally coming to an end. It seems unlike other monetization schemes, the loot box was simply too much to bear: and while some games still engage with it, like Overwatch, Gears of War, and of course most sports titles, developers have figured out that the stigma around loot boxes isn't worth the money they might rake in, and have largely stepped away from them. At least, in the triple-A world: Gatcha-style games are probably going to continue to rise, thanks to games like Genshin Impact.

My point is, however, I would still like some closure on this particularly nasty portion of gaming's history, and to do that, EA needs to lose all these lawsuits that are coming at it regarding their continued use of loot boxes in their sports titles. If the presence of a loot box is enough to warrant lawsuits, I think even money-hungry EA will step back from them, and we can go back to worrying about all the other new, innovative ways they plan to steal money from us.

4) E3, Tokyo Game Show, and others: please continue to be smart about COVID-19 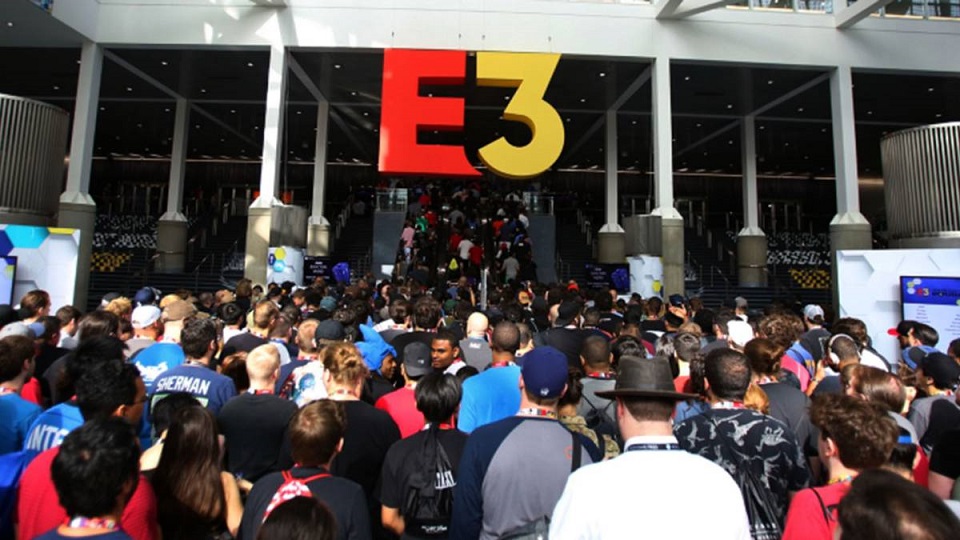 It's an ugly but unfortunate truth that even with two approved vaccines preparing to roll out across the nation, we'd still be incredibly lucky if we were even at the halfway point of this pandemic. Between actually producing the vaccine, distributing it, convincing people to get it, studying its effects on the disease, and trying to prevent further mutation of COVID-19 that could render the vaccine ineffective, we've still got a long ways to go before we can go back to living like we used to.

The problem is that reality is unacceptable to a lot of people, including the movers and shakers of the gaming industry. It took a lot of convincing -- and death -- to get organizations like the ESA and Blizzard to cancel their plans for one year: trying to get them to do it a second year, where the mere existence of the disease has somehow become a polarizing issue and people around the world are getting sick of being careful and more willing to take risks, will be damn near impossible.

I don't honestly think that E3, Gamescon, PAX, the Tokyo Game Show, or others will be canceled in 2021. I think a mix of greed, impatience, and ignorance will eventually lead to all of them running their shows in full, or running a compromised but still dangerous version of their convention for people who have to sign wavers, wear masks, or walk around in plastic bubbles. But it would be lovely -- absolutely lovely -- if these groups did continue to be responsible, put public health first, and focused more on delivering news digitally and remotely rather than trying to finagle a way to stuff 50,000 people into a hotel convention center and keep the number of infections or deaths at a minimum.

3) The Industry Evolves from Ubisoft 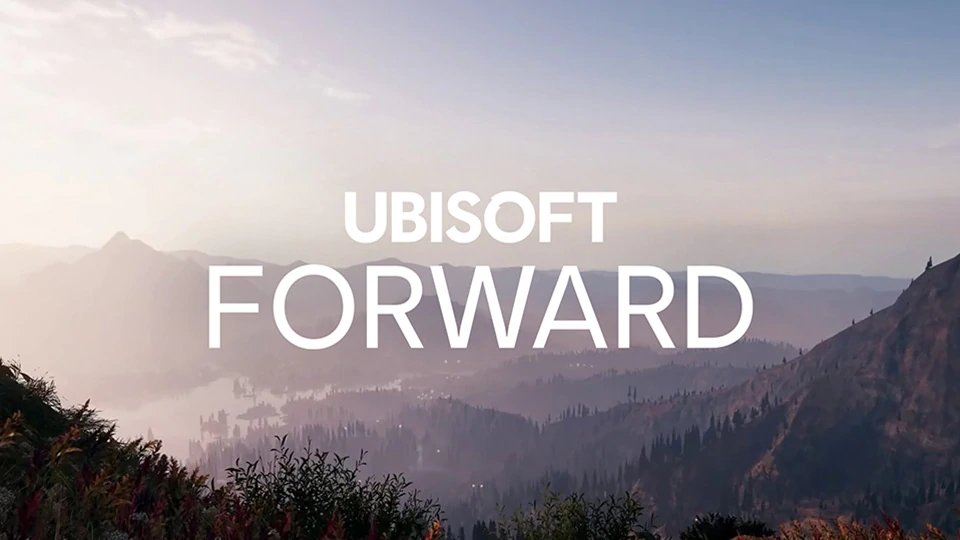 Ubisoft is never going to get the comeuppance they deserve for the things they did. Hands down, not even a discussion. Firing a few people and launching internal investigations isn't even the bare minimum. It's literally less than what the bare minimum should be, including compensating the victims and dropping their overpaid CEO like the bag of bricks that beats between his ribcage where his heart is supposed to be. And while this might be a wish list, I ain't going to waste perfectly good wishing energy hoping on the impossible. Santa's got better things to do.

But while Ubisoft might skip away from their horrible history functionally scot-free, it's my sincere hope that other studios use this particular chapter in our collective history to learn from Ubisoft's mistakes. Because make no mistake, Ubisoft might not have been really punished for what it did, but that's not to say there weren't consequences -- and since we can't hope the games industry will do something merely out of the goodness of their hearts, we have to hope that the few consequences of Ubisoft's actions speak louder than the general public's reaction to it, which was largely a mix of ambivalence and "we really wanna play Assassin's Creed tho".

No studio wants to fire high-level employees, pay for internal investigations, and endure bad press, even if it doesn't meaningfully impact sales: it hurts their reputation, which hurts their stocks, hiring pool, and generally makes their lives a bit more difficult -- and while it's disturbing that this is the only real consequences of Ubisoft's actions, it's even more bothersome that the inconvenience might be the only thing stopping other studios from being worse. 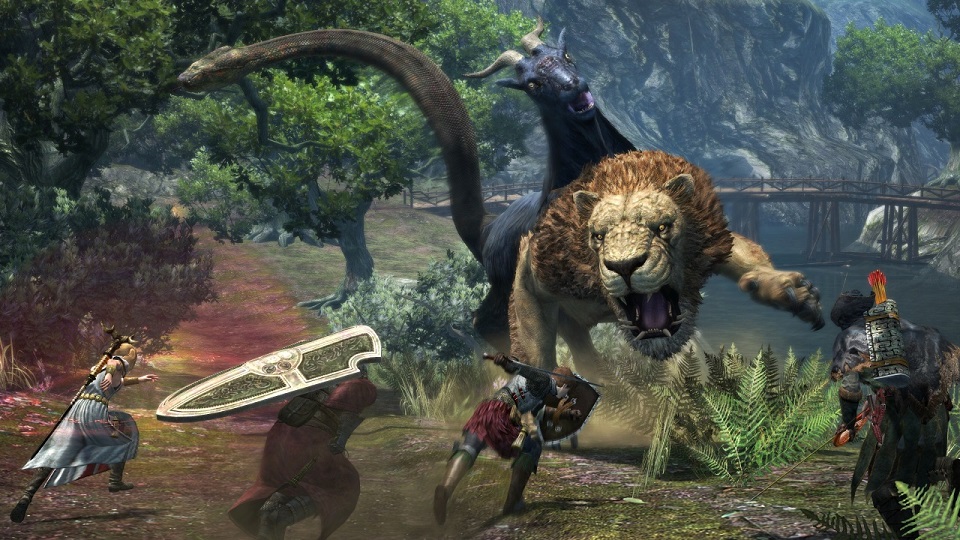 This one, like the Doomguy one, is hyper-specific to me, but it's my holiday season too, darn it, and I don't want to waste all ten wishes on trying to make our toxic, crappy industry less toxic and crappy.

But look: Dragon's Dogma was one of the best RPGs of the last console generation and a disgustingly overlooked gem that deserved far more kudos than it ever got. The world was interesting and a delightful mix of Western RPG tropes and Japanese RPG bonkers plot twists, the combat was genuinely thrilling, the freedom was shockingly comprehensive, some of the characters had real nuance, and the multiplayer was straight-up dope. The MMO may not have survived for very long and the Netflix anime may have been worse than swimming in a school bus filled with turds, but we deserve another chance to explore this world and I desperately want to see what Hideaki Itsuno would do in this world again given a chance.
Please Capcom. I'm begging you. 2021 needs this.

Before the pandemic hit, the gaming press was in a stir: it was looking as if the formation of a games industry union was a genuine possibility. First, there was the high-profile failure of Telltale games, which left hundreds of employees scrambling to find work and health insurance with the sudden collapse of their studio. Then there was the Riot Games sexism fiasco, followed by Activision-Blizzard firing 800-some employees after making record-breaking profits. And then, increasing backlash against the practice of crunch by both employees and the general public.

Calls to unionize were getting louder. The press was calling for it. Employees were being incentivized to take the risk on it. Other, adjacent unions, like voice actor unions, were vocalizing preemptive support. All it would have taken was one exceptionally brave and charismatic leader -- or, failing that, another enormous mess, like what was silently brewing behind the scenes at Ubisoft -- to trigger some dramatic changes in the games industry.

The pandemic, like so many other things, ruined that. Suddenly, a stable job you could do remotely became paramount, and people, not unfairly, decided that providing for their families and themselves in unprecedented times was more important than securing better work hours and better channels for funneling complaints: after all, if management could replace dissident voices easily before, it was even easier now that literally everyone wants to work a job that's both remote and not likely to get them killed.

Public-facing talk of unionization has stopped, and it appears as if the momentum that had been slowly building over 2018 and 2019 has pretty much evaporated at this point. But Respawn, at least, has still managed to capture the hearts of people everywhere thanks to producing both high-qualtiy games, and for systemically refusing to crunch regardless of the circumstance.

It's not a substitute for a union, but I hope their practice becomes standard across the industry regardless. Ultimately, I just want people to treat people better. And Respawn sure as hell knows how to do that, even under EA's banner.

And isn't people treating people right the whole point of this darn holiday?

NetherRealm Bans Player from MK Tournament for Making Fun of Them

Which has backfired, of course.

He seems like a good fit for the job.

Probably for the better, really.

And a cool new trailer.