With new competetors on the market, Nintendo's old style might do more harm than good.

She’s a pretty huge Nintendo fangirl as well, and while she has her problems with the company – as we all do – she seems to genuinely enjoy working for them. She’ll occasionally tell me stuff about what she does and what’s going on (nothing NDA, of course, she’s a stickler about that kind of stuff), and she’ll even sometimes buy me Nintendo swag using her employee discount. Occasionally the two of us will geek out over the latest Nintendo news, swap Nintendo memes… you know, the whole “friends with a nerd” routine. 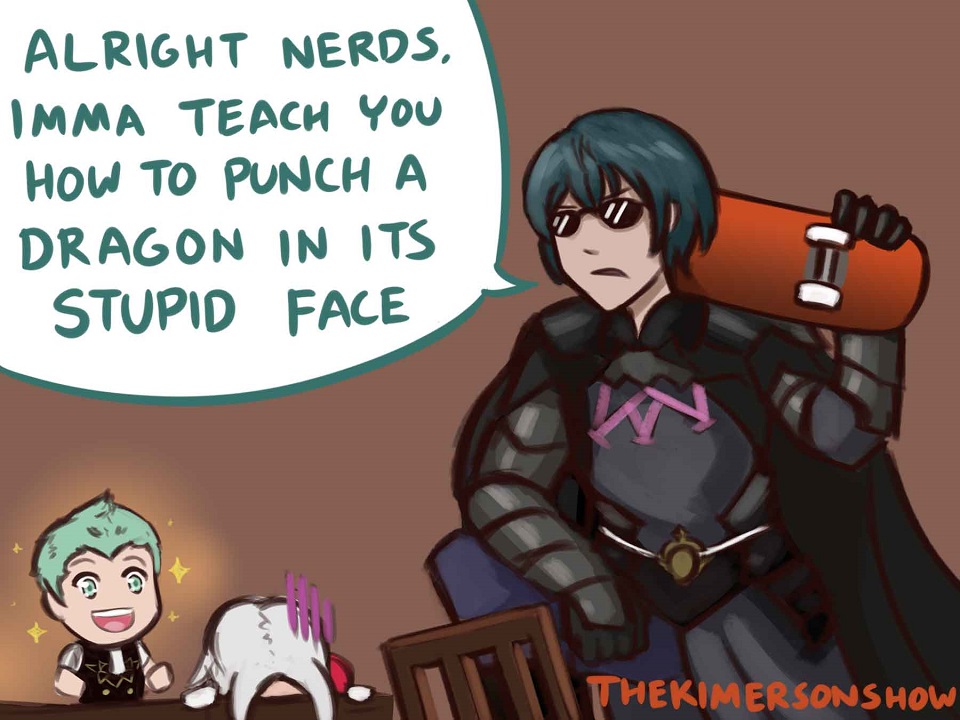 But there’s one big area where we disagree on a fundamental level: how Nintendo treats fan games. I’ve always believed that Nintendo is overly strict, punishing the harmless passion of their most technically knowledgeable fans who just want to express their love for their favorite Nintendo properties through the most appropriate means possible. I’m talking about Pokémon Nuclear edition, the fan remake of Super Metroid, the ambitious plan of making Super Mario 64 an online multiplayer game… some of the coolest stuff fans have devised have had to be shut down because Nintendo has one of the strictest copyright teams on the planet. And while I get why they would be so defensive (after all, Nintendo lives and dies off its IP portfolio) I also get that their reaction is extreme and not the only solution they could take. Sega taught us that nicely with Sonic Mania.

She, on the other hand, is less sympathetic. She’s always argued that if you have the energy and the talent to make a homage to your favorite game, you have the time and energy to make something original. There’s no reason to make your own “unofficial” Pokémon when you could pay homage by making a game that’s just like Pokémon in everything but name.

Well, it seems a lot of people agree with her way of thinking. Because after years and years of squishing fan-games, the developers who love Nintendo have decided to just make their own Nintendo games. Which is why, in comparatively short order, we’ve seen two “Nintendo-likes” pop up on Steam: Temtem, a game clearly inspired by Pokemon, and Hokko Life, which is less “inspired” by Animal Crossing as much as it is a blatant rip-off. 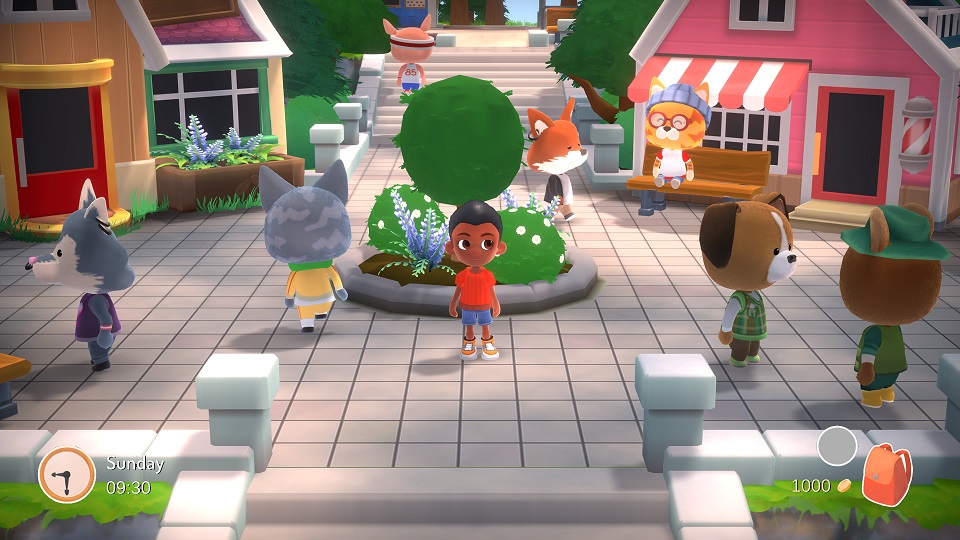 Full disclosure, I haven’t played either games – heck, I haven’t even played Animal Crossing, the game that Hokko Life is stealing from – but I’m damn familiar with how these games work, and for the purposes of what I want to discuss I’m not entirely sure a working knowledge of these games is functionally necessary. Even a surface-level reading is enough, and perhaps the surface-level perception is what’s important here anyway.

But I still think it warrants questioning: is Nintendo being too Nintendo for its own good now?

Both games have their own approach to the idea of ripping off Nintendo, of course. Temtem, even at a surface-level reading, has enough refinements and distinctions that it’s clearly more of a homage than a blatant rip-off. Sure, you travel across a magical world, capture adorable monsters in pocket-sized containers, and use them to battle other trainers, “dojo leaders”, and a villainous group of ne’er-do-wells. But while it would be disingenuous to call these merely “surface-level similarities”, it’s clear that the developers behind the game still had their own unique ideas on ways to refine and change a very similar formula. Temtems don’t have PP, but rather a stamina meter that determines what kind and how many attacks they can unleash before needing to be swapped out. Temtems typically fight two-on-two, and having compatible Tems in the same side of the field and augment and improve your moves. Temtem is obviously a MMO, so it’s got that unique pitch compared to Pokemon, but equally important: the world of Temtem is very different from the world of Pokémon.

Seriously, it’s not discussed very often, but Pokémon is clearly modeled after the real world, whereas Temtem is a pure-bread fantasy land with other crap going on beyond the capturing and taming of Temtems. That alone is worth at least a cursory nod.

But anyway. Temtem follows a more “traditional” route of inspiration, the kind that we see fairly commonly in the video game industry. While it wears its inspiration on its sleeve and it’s motivations are pretty blatant, it’s not so enamored with the product that it’s aping that it won’t make adjustments to bring their own twist to a familiar formula. Much in the same way that Souls-Likes and Metroidvanias follow a recognizable gameplay pattern while still adding their own takes on that formula, Temtem could be argued to be the latest in what is technically a long history of “Pokemon Clones”.

Remember, Pokemon had a lot of pretenders in the years immediately following the release of Blue and Green. Plenty of people tried to ride it’s coattails and with very few exceptions (Digimon, Yu-Gi-Oh kind of?) they all failed. The only thing that really stopped people from trying to ape the formula past that temporary gold rush was the common sense to know Pokémon can’t really be challenged. A lesson that was quickly forgotten when people tried to ape World of Warcraft, Call of Duty, and Clash of Clans in the years that followed. 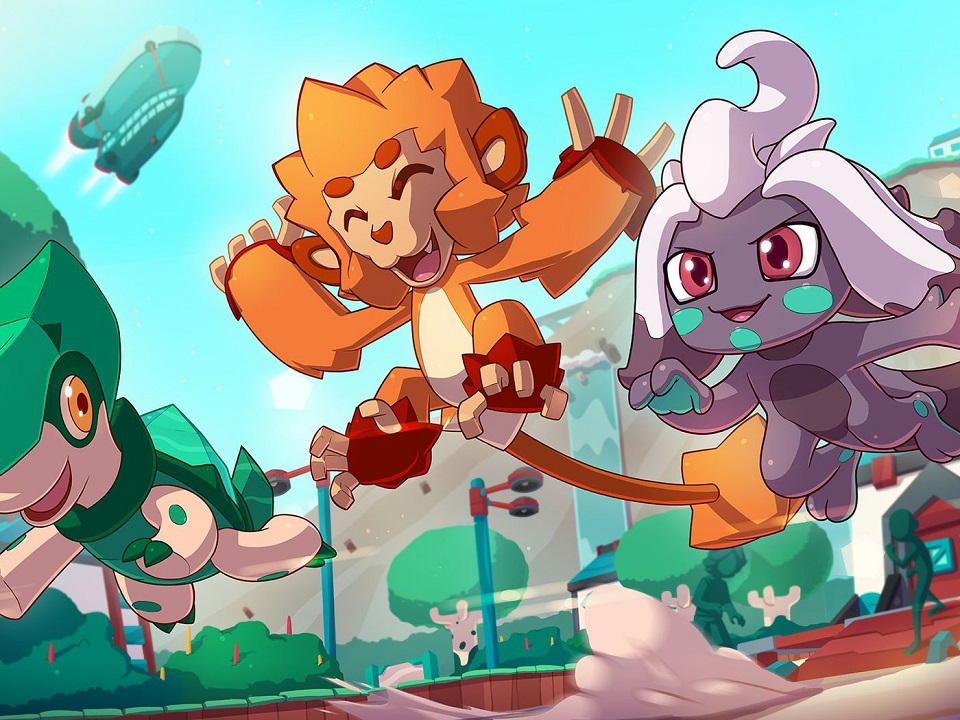 Temtem, however, didn’t have that common sense, or at least the boldness to believe that what they brought to the table, combined with the fact that Pokémon doesn’t exist on PC, would be enough to let them thrive where others failed. It’s the same energy that brought us The Surge, Hollow Knight, League of Legends, and countless other games that have been built off competitors.

Which is what brings us to Hokko Life. Which is Animal Crossing.

Right, right, the ability to customize your furniture and house and clothing is more refined thanks to the fact you’re using a mouse and keyboard. But that’s not a unique spin on the Animal Crossing formula, it’s a by-the-numbers improvement. You arrive to a new town by a train, you move into a new home, and you have literally nothing better to do than fish, or dig up treasure, or plant seeds, or socialize with your animal-bodied fellow residents, or mess around with decoration. I’ve watched the trailers and I’ve read all the promotional text, and unless there’s some Doki-Doki twist where it turns out to be a secret horror game 20 hours in, this looks blatantly like Animal Crossing for the PC. A worse version of Animal Crossing, because all the extra customization and the possibilities of future mods won’t fix the fact that 1) there’s no charming dog-assistant, and 2) the art style just isn’t as nice as Animal Crossing. It really does look like one of those plastic lego knock-offs were scanned, brought into the world, and animated.

The humans are just a little too detailed and realistic. The animal’s heads are slightly too big. And rather than playing a clearly malevolent force of darkness in the corpse of a child, your human avatar is undeniably a child. Which makes the whole thing just that little bit… creepier.

Still. Early reports seem to be exciting people, and it’s not hard to see why. Nintendo makes genuinely great games, which is why it’s frustrating for many people, especially the PC master race, that you basically have to buy their (admittedly very amazing) console in order to experience them all. For many people, calling Temtem “Pokemon for PC” was enough of a selling point to get them on board. For many of the same people saying Hokko Life is “Animal Crossing for the PC” has the exact same appeal: a chance to experience one of Nintendo’s unique gameplay experiences on a platform they refuse to deal with.

And on the level, I get it. Nintendo is an incredibly frustrating developer to be a “fan” of, since their genius games are often marred by frankly baffling decisions and attitudes – such as the fact that only some games have cloud-based saved, and that their new Animal Crossing game will only allow you to have one island per Switch (even if you have multiple people playing on one console) – that make it really, really hard to root for them. And it makes it really easy to root for another developer who’s willing to take that core idea and strip away all the “Nintendo” that’s probably holding it back.

But that leaves Nintendo in a rather unique position, doesn’t it? To compare it to another often-copied formula, you’d have to be a fool to strip the “From Software” from any Souls-likes: in many ways, the unique DNA of From Software, which tends to be deeper, mature, and thoughtful, is at the core of what makes Dark Souls work. To steal the soul formula, you also kind of have to steal the From Software attitude. The same could apply to old-school Konami and Castlevania. Or modern military shooters and Call of Duty. 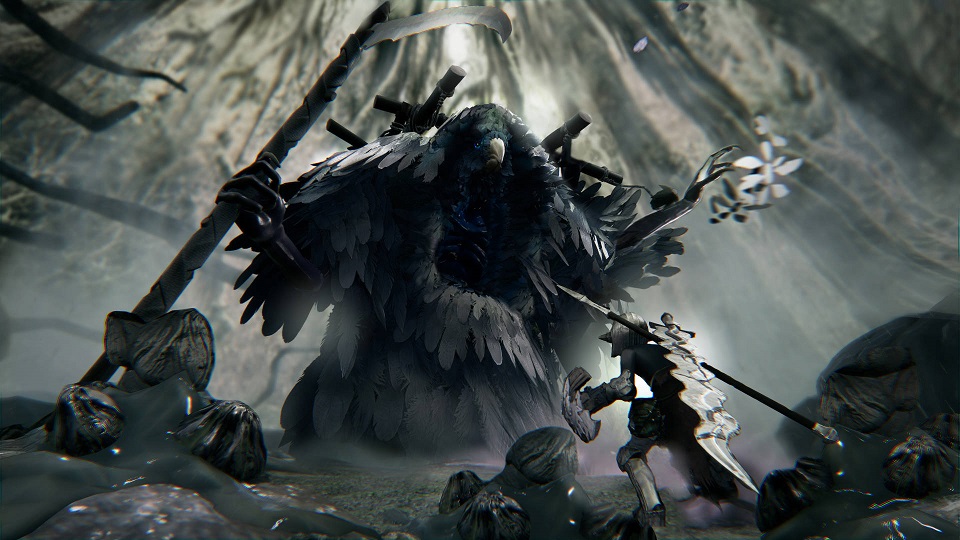 But Nintendo? Developer see the Big N and they think “they would be perfect… if they were just a shade less Nintendo about how they do things”. So they go out of their way to make Nintendo games as un-Nintendo as they can.

Which is not a good look for the house that Mario built.