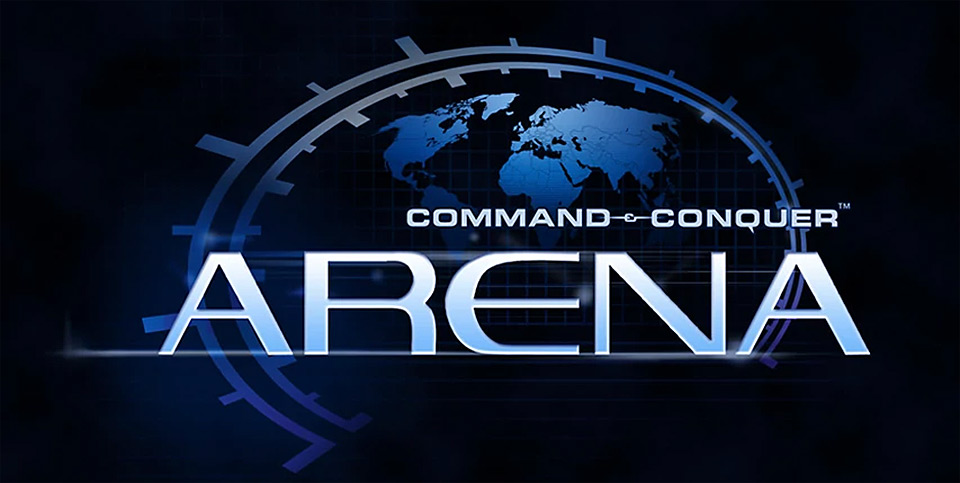 by Ranga14 on Apr 14, 2009 @ 12:32 PM (Staff Bios)
Comment(s)
There's a lot of buzz going on about what EA seems to be hiding in this new mystery title they're working on in Command and Conquer Arena. At first, my assumption was that it's either a new game or an expansion to Command & Conquer 3. Then I started to recall this interview I watched on the RA3 bonus disk (Bonus Battlecast prime time episode) and also remember reading an interview awhile back with him discussing his thoughts on Massively Multiplayer gaming and how it could be applied toward an RTS, hence MMORTS.

Mike Verdu: I'm a big fan of Generals, and I worked on that project, that's where I came in to RTS, when I came into EA, don't be surprised to see another installment of Generals at some point in the future, but it's certainly nothing to talk about just yet.

Mike Verdu: There's no question that online is transforming, not just real time strategy games, but gaming as a whole, and I'm proud that Command and Conquer pioneered online multiplayer back to the original C&C and the fact that's really what got RTS gaming going, it's a way to get players not just involved with the game, but involved socially... rest of this is irrelevant, skip a couple of seconds to this.

David Silverman: Now people who purchased the premier edition of Red Alert 3, they have this piece of paper that says "beta key to a future command and conquer game," silver bullet question Mike Verdu, what's the game?

Mike Verdu: I am absolutely not gonna say anything about it, other then it's a really cool game, AND ONLINE FIGURES QUITE PROMINENTLY THERE.

If you want further evidence, just do a little research and you'll find that Westwood (Before EA fully took them over) was developing an MMORTS called Command & Conquer Continuum which is described below...

Command & Conquer: Continuum was to be Westwood's second MMORPG, developed on the "Westwood 3D" engine, set in the Tiberian Universe. It was canceled, due to the termination of Westwood Studios in 2003. As said by Adam 'Ishmael' Isgreen and Rade Stojsavljevic, it was supposed to be a non-stand-and-swing MMORPG, featuring:

* Instanced "crisis zones" in it, hubbed flight routes, scripted boss battles, and a lot of other ideas that have shown up in all the MMORPG since.
* GDI, Nod, Mutants and CABAL. Scrin to be added later. Los Angeles half underwater, Area 51, Dino island, Newark airport, a mutant city and lots more.
* Fluid and movement-oriented combat, unlike most MMORPGs. Range was important for weapons use, and there were layers of counters for the weapon types.
* Creatures that had many console-game-boss sensibilities, in that you could expose weaknesses on them and then hit those for extra damage.
* A moving and evolving Tiberian world, where the players could play a great role in the entire story.

Now let's also think about the name of this game, Command & Conquer Arena. What does Arena mean?

a're'na (-rn)
n.
1.
a. An enclosed area for the presentation of sports events and spectacles.
b. A building housing such an area
2. A place or scene where forces contend or events unfold: withdrew from the political arena; the world as an arena of moral conflict.
3. The area in the center of an ancient Roman amphitheater where contests and other spectacles were held.

Furthermore, there's a picture of a globe so it obviously has to be a Command & Conquer Online type variant, right? 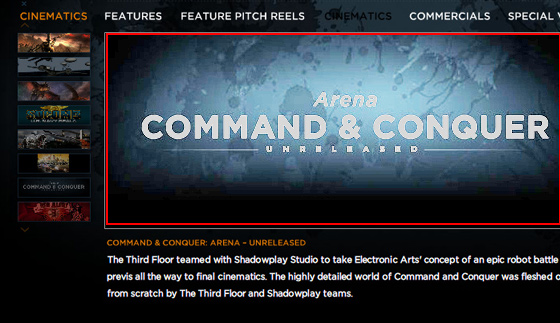 As you can see, it would make perfect sense. Why would EA make an expansion with a title such as "Arena" which defines more in the direction of head to head play rather than a campaign type setting. Granted, there could be a campaign feel but more as you vs another real person on the opposing team. The other question is, which universe will it be set in? Most likely either Tiberium or Generals. My bet is Generals since it's the most realistic universe EA has done plus it's the one that hasn't had any attention paid to it in quite some time.

So there you have it, the next CNC is an MMORTS! At least that's our opinion!