It's that time of year again.

by pocru on Jun 08, 2019 @ 11:47 PM (Staff Bios)
Comment(s)
It’s been a full year since our last pre-E3 report card – that tends to be how these things work – and now it’s time to judge the elites of our industry once again before they step up on stage to try to earn their redemption… or reach new heights of fame, acclaim, and love. 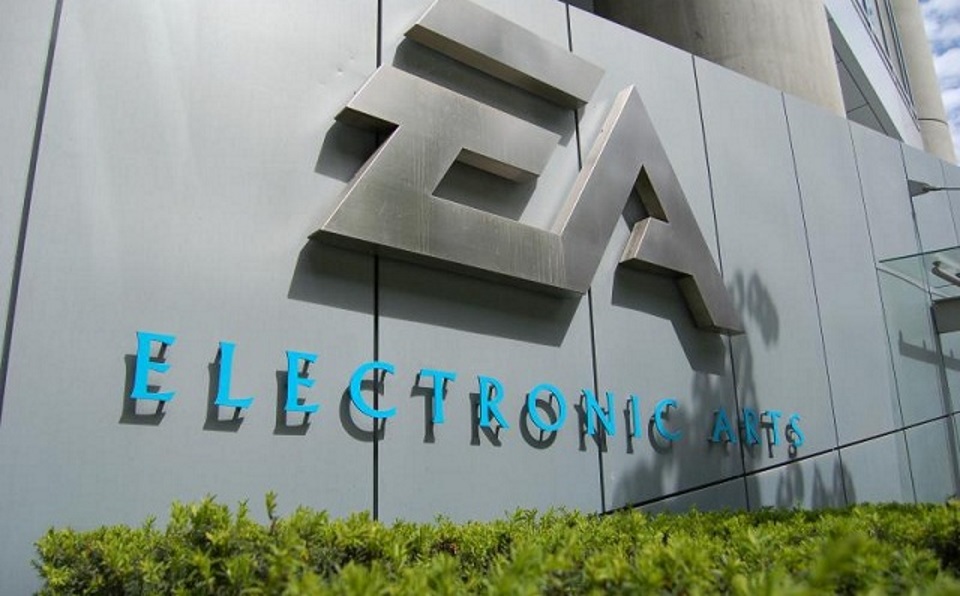 I was one of EA’s few defenders back when it was seen widely as one of the most hated companies in America, and I was one of the first to extend the olive branch of peace when they seemed to commit to being less awful… only to get that branch shoved up my rear when they released Star Wars Battlefront 2 so catastrophically in 2017. Since that terrible day, EA hasn’t done anything quite so bad, but they’ve also never done anything good enough to make up for it, meaning for the 2018-2019 season they’ve mostly just been wallowing in their own failure.

Battlefield V was released and it was more-or-less a waste of time – and again, had glorified (but at least no pay-to-win) loot boxes. Speaking of, EA was also the only company that was so passionately against the Belgium Loot Box law that they’re actually fighting it in court rather than just accepting the loss: likely because of how important it is to their increasingly popular FIFA games. Anthem was released, which was a bad game on its own, but then Kotaku wrote an article showing how EA was more directly responsible for how awful it was than we may have first realized, which adds another sin to their tally… and of course, we can’t forget the layoffs. 350 people.

All-in-all, though, EA is so comfortable as the role of the ‘big bad’ in the video game world that even those shocking allegations are numbed when you attach their names to it. Apex Legends, however nice it may be that Respawn don’t have to crunch, isn’t nearly enough to make up for a crappy, crappy year. 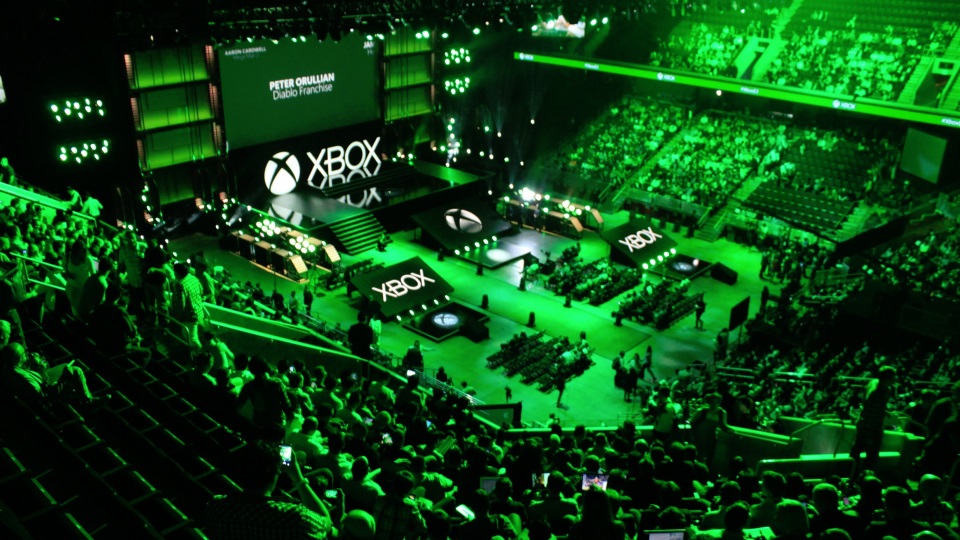 Interestingly enough, Microsoft sort of capped off this year at last year’s E3, when they announced they acquired a number of prestigious studios, including Ninja Theory and Obsidian. Since then, Microsoft has more or less spent all of the previous year and what was left of this year priming for what looks to be a rather epic 2019-20 season: we’ve got the Master Chief collection, Halo Infinite, The Outer Worlds, Gears of War 5, and other such games on the horizon… which could give them a much-needed turn in the spotlight after Sony’s frankly embarrassingly good year.

But while they were lacking game-wise this year (Crackdown 3. Enough said), they did make it up in other key areas. They’ve frankly been humiliating Sony with their willingness to embrace cross-platform play, and they certainly seem to be the primary force behind the recent – and mysterious – partnership between Sony and themselves to bring cloud gaming to life. They had a pretty stellar 10th anniversary celebration for Minecraft, which was capped off with the release of the biggest update yet. And best of all: no layoffs! Woo!

So all-in-all, this appears to be a buffer year for Microsoft: where they’re gearing up for what will likely be a final explosion of content before they drop the next Xbox console onto the public. Not exciting, but not offensive, there’s no better grade for Microsoft then…

Oh, what did they do to my poor sweet baby?

I could just start and end this with “Fallout 76” and that would be more than enough to justify the grade, but let’s give them at least the dignity of a decent breakdown.

Fallout 76 was Bethesda’s big contribution to the 2018-2019 season, and lordy be, it was a mistake. Even if you could somehow forgive the terrible state of the game, being buggy, messy, unplayable (but not in the fun way), grindy, and just un-fun to play… you’d be hard-pressed to forgive them for the pay-to-win repair kits you can buy, the lies they told about the canvas carrying bag (and the awful way they tried to ‘compensate’ for it), the “shop tax”, and all the other little ways they’ve managed to make a bad situation worse. If there was ever an argument that Bethesda should probably just stick to publishing – or that this “release now, patch later” culture is getting out of hand -- it would be Fallout 76.

Also, there was The Elder Scrolls: Blades, which is kind crap.

Games they didn’t directly make turned out significantly better: Rage 2 came out with mixed reviews but it’s well-enough put together. The Wolfenstein games remain popular and polished, and Doom on the Switch is as delightful as you could hope. But you can hardly credit them for publishing games that would have no doubt found publishers anyway.

Bethesda, you ain’t EA evil, but you’ve definitely earned this.

What’s really to say about Devolver Digital? They do good stuff, they’re great trolls, but they’re a bit too small-scale to get too excited about them.

Probably the best thing to come out of them this year was actually the news on how they try to actively dissuade crunch in the studios that they work with, which was both heartwarming and topical. Game-wise, they put out Gris, Katana Zero, a Game of Thrones game, Ape Out, and basically every game you would expect them to get excited about.

But hey: we have to be thankful for all the small blessings in our lives, and really: putting out good games is really the #1 priority of any publisher, isn't it?  I was too harsh on them last year, so consider this an apology for my earlier snark.
Grade: A-

This year, the PC Gaming Showcase is being hosted by none other than Epic games.

Yeah. I have opinions.

Considering I just ranted about this last weekend, I’ll keep it brief: Epic Games is pretty terrible. The Epic Game store’s terrible user interface, scummy method of securing exclusives, and poorly-conceived sales still means that the company has earned the ire of many people who would have otherwise been their stalwart fans. Compliment that with a company that seems genuinely disinterested in the well-being of their employees, who are overworked to the point of insanity to keep Fortnite going strong, Epic Games is a strong contender for one of the worst companies in the business right now.

…but we’d be remiss not to mention all the good that they are doing. Their more generous revenue split is a godsend for smaller studios who need every penny they can get. They’re supportive of projects that use their development engine, Unreal. They did shut down Paragon, but they also released all its assets to the public for free, which is shockingly generous. Their CEO is using his fortune to buy and conserve forests. And we can’t forget how ultimately good it is that Steam has an actual competitor right now.

All things being equal, I would have begrudgingly given Epic Games a B or a B+. But all things aren’t equal, and the crunch thing is an enormous stain that I really can’t just look past or consider justified no matter how I turn it around. So with that said….

Ubisoft has come a long way from being one of the most hated video game companies, and while that reputation might cling to it for a while yet, a few more years like this and they might be able to shake it for good.

While their sudden and extremely stupid insistence that their games aren’t political was annoying, I can’t think of anything especially bad they’ve been doing. They continue to be at the forefront of “games as a service done right”, making For Honor, Tom Clancy’s Rainbow Six Siege, and The Division 2 solid, solidly enjoyable, and nicely evolving titles. Assassin’s Creed Odyssey was well-received, and they did an admirable job addressing their fans concerns when they made a mistake regarding their LGBT inclusion: and I gotta say, it’s nice we can even have that problem.

Thinking on it, perhaps the biggest “problem” they really had was when they tried to censor Rainbow Six Siege to make the Chinese happy.

Anyway. Ubisoft didn’t have a mind-blowing year, but it was good. Good enough I’m almost comfortable trusting them with Beyond Good and Evil 2.

Square Enix’s role at E3 is largely just to be the ambassador for the Japanese gaming industry, a job they’re well-suited to. This year was mostly noticeable for them with the release of a new Dragon Quest game, some well-received updates for Final Fantasy XIV, and the sudden and very sad cancellation of planned Final Fantasy XV updates, following the departure of its director. We got a new, ok Shadow of the Tomb Raider, and extremely recently, they also announced a version of Pokemon Go for Dragon Quest, which looks good enough for their home country, which is way, way more into Dragon Quest than everyone else.

….I guess this year they did put out Left Alive and The Quiet Man, if we were looking for something “wrong” with them, but I think by and large they had an alright year. 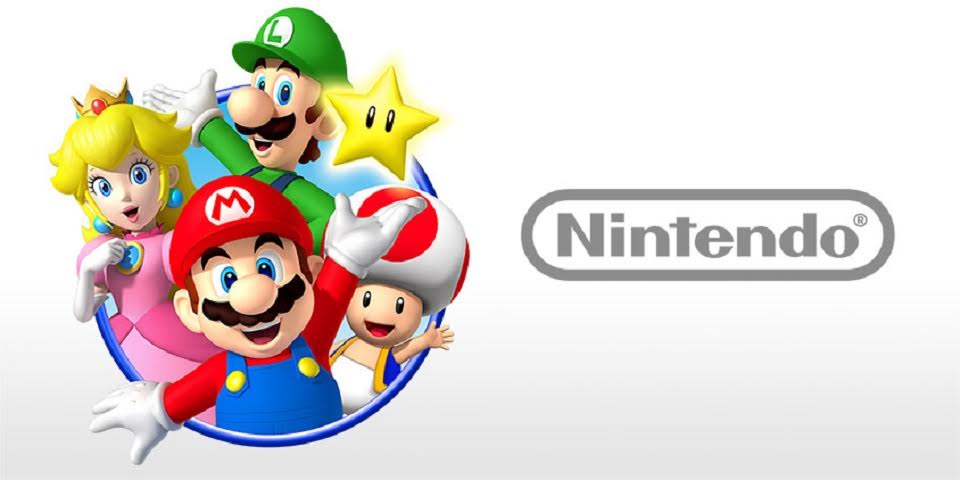 As is almost always the case, Nintendo is an absolute treasure-trove of joy, mixed with some of the smelliest dog turds at the dog park.

Good: they released Super Smash Brothers Ultimate, which is perhaps one of, if not the, greatest fighting games of all time. Bad: the online was messed up, and is still super disappointing compared to what it could and really should be. Oh, and the main director, Masahiro Sakurai, nearly killed himself to make the damn thing. Good: they improved the benefits of their online subscription model. Bad: they really, really don’t know how to do sales, which still puts them far behind Sony and Microsoft, and this trickle of new NES games is getting really old really fast. Good: The Switch is one of the best consoles ever made, despite falling behind in terms of processing power and graphics. Bad: They really have killed off the 3DS.

You can’t really love Nintendo without also hating Nintendo, because the same stubborn traditionalism that makes them great also keeps them rooted in some pretty terrible views and practices. That’s not looking to turn around anytime soon, but having at least a few non-offensive gay characters in the soon-to-be-released Fire Emblem game would be a good start.

That said, this year wasn’t nearly as bad as some years, and considering the good Nintendo still brings to the table…