Riot put merchandising over mechanics with this one. 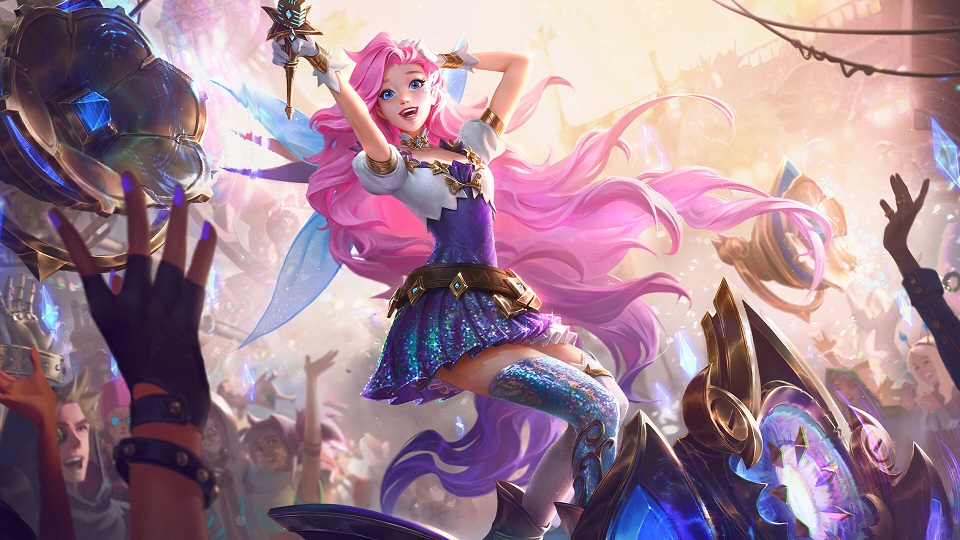 Now, I've written a whole lot about League of Legends and Riot Games in my time on this website, and my opinions on both the studio and their most iconic title have shifted and wavered over the years. I've done everything from boycott their game thanks to their rampant sexist office culture (which they've since gotten rid of, according to most insiders), to promote them as one of the best examples of a free-to-play game out there (a stance I still believe and will elaborate on later in this piece). And my opinion of the MOBA itself has also evolved. I started as an ADC Tristana main, and currently, I'm a top/jungler who's really, really good with Poppy.

But in all my time writing about and playing League of Legends, I've never felt especially compelled to write an opt-ed about any of the new champions they routinely release. For one, it's a very niche subject that splints this website's already single-digit viewership, and for two, it's rare that a champion provokes enough excitement -- or irritation -- that I have strong opinions about them. Up until now, I've either been excited to have a new character in my stable I could rotate to when I play, or just annoyed that someone so OP or horrible to play against was added to my increasingly long perma-ban list.

Seraphine, however, is something new, and has been an exceptionally unique case from the very beginning.

From a purely mechanical and gameplay standpoint, I have no strong feelings about Seraphine one way or the other. She's a team fight focused mage that can buff allies and disable enemies, and works mid lane but is generally played support. Her poke isn't crazy powerful, her heals are manageable, her ult is game-changing but can also be played around, and she's not deceptively tanky. I'm neither excited to cue with one, nor scared or annoyed when the enemy team picks her. Which, as far as I'm concerned, is the ideal state for any champion in the game.

But the story with Seraphine, and the reason she's proven to be such a controversial champion, has less to do with her gameplay and more to do with her story. And I'm not just talking about her lore. 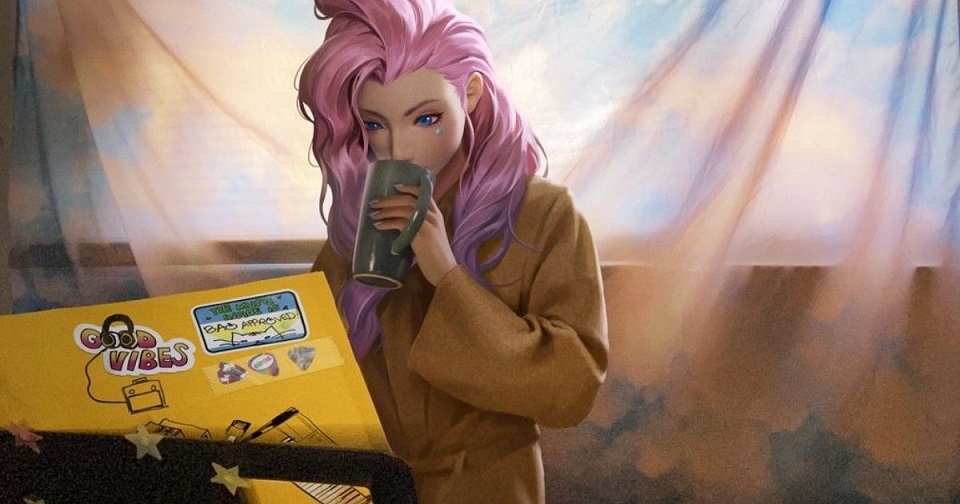 Seraphine is an odd duck in League of Legends. Typically, when a new champion is announced, we learn about them through some trailer or story or video set in the League of Legends "universe". Then, when they inevitably launch, they also launch with a skin: a cosmetic that changes the champion's appearance you can purchase with real-world money, and the mechanism by which League of Legends makes most of its billion-plus in profits. However, Seraphine actually did the reverse: they "revealed" her through her skin, and the primary way people engaged with her before she was officially "announced" was actually through the optional premium cosmetic version of her that used to take second fiddle to the free champion.

And I find that pretty... gross.

See, Seraphine was first "revealed" not as a champion in League of Legends, but rather, as a fictional, real-world pink-haired Chinese girl who had a Twitter account and posted covers of real-world songs on her youtube channel. People picked up on the idea that she was actually a character in League of Legends right away, Riot wasn't exactly trying to hide that, but as they followed her "story" through Twitter, Youtube, and a series of comics release by Riot, people found that she was eventually going to be the new member of Riot's fictional world-pop girl's band K/DA, which, for the record, is ALSO a line of skins for characters already in the game. 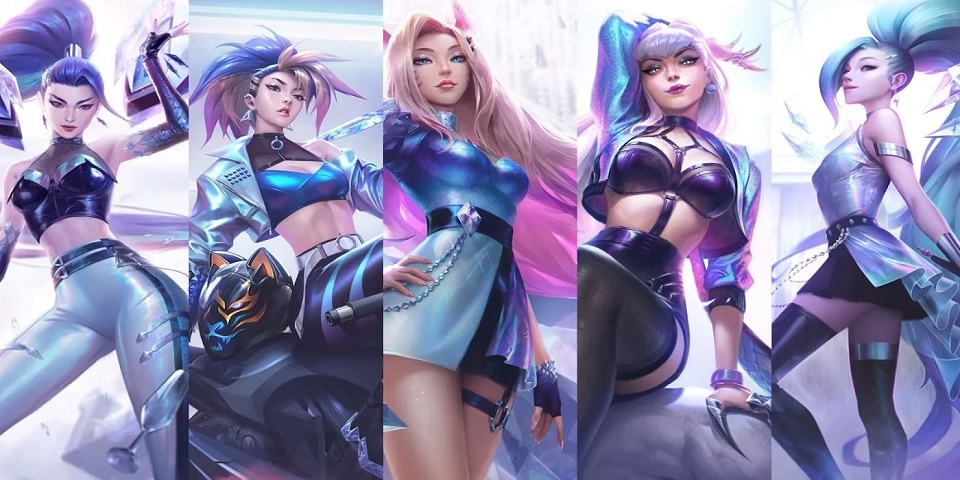 And Riot decided to make her "story", transitioning from a small-time Youtube star to a full-blown member of their fictional world-pop girl's band K/DA, how they revealed her to the world, and the primary way people learned about the character. It was only after weeks of following Seraphine's story and her eventual, yet inevitable invitation to join K/DA did Riot games officially "announce" Seraphine the champion and revealed her in-universe lore: that she's a pop idol in Piltover and Zaun who's trying to use her magical empathy to bring people together.

So like I said: they swapped it. They took what was historically the "primary" story of a champion, their in-game story, and they instead prioritized the story of the champion's cosmetic skin. And you can tell her in-game lore wasn't given a fraction of the thought or attention her skin's "lore" was given: in an early and now-deleted first draft, she was aware that her city's technology was fueled by the genocide of an entire intelligent species, and was implicitly complacent in that genocide. That was later fixed, but the fact that no one caught that little implication before they published it is pretty clear signaling to me that they just didn't care that much about her in-game story.

It gets "worse", though.

Every year, League of Legends puts out an "Ultimate" skin. This skin is extremely expensive, but generally looks amazing and includes a lot of really cool mechanics that can allow a champion to evolve their appearance through a match. Getting an ultimate skin is something of a high honor, and yet 2020's ultimate skin was given immediately to Seraphine, a champion who wasn't even released yet. And of course, the ultimate skin in question was tied to K/DA, who ALSO dropped three new singles around the same time, all of which were bad. 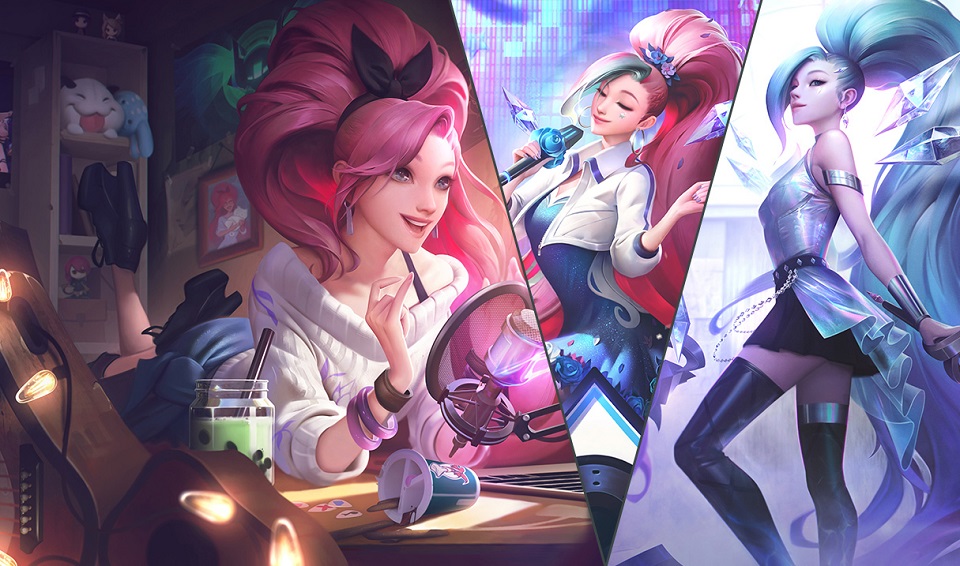 Now, I've long celebrated Riot's moneymaking model with League of Legends. While I won't say there's no pressure to buy skins, they really are all optional, and what's more, it's possible to get skins and cosmetics completely free, just by playing well and being nice in-game, which if you ask me is actually a really genius combination. Heck, I've earned more skins by accident than I've ever bought, and I've even managed to snag an Ultimate skin without paying a penny out of my own pocket for it: so League of Legends basically gifted me a 35-buck skin just for playing well and saying GL HF.

But while that system hasn't changed with the release of Serephane, the attitude around it has. Namely: it reminds me of Fortnite.

Fortnite is also free to play, but unlike League of Legends, the entire culture is built around the skins. New skins are the main stars of each new season, skins show up in trailers and press releases, merchandise of the game focus on all the different skins and outfits you can wear. Hell, even the Fortnite card game focuses more on skins than gameplay or guns. The whole mechanism is designed from the ground up to make the skins the star of the show, which is probably why Fortnite is worth so much goddamn money: playing it is fun, but the reason you play is for the skins.

For the release of Serephane, Riot Games took a similar approach: her place in the League of Legends world, her gameplay, her style -- everything was second place to her role as a merchandising opportunity. Not just for herself and her skin, but also for the K/DA "brand". And while Riot Games has tried skin-focused events in the past -- specifically Spirit Blossoms, which had enough rewards and charm to make it easy to ignore the implications of the event -- this is the most nakedly aggressive, grindy, and grabby moment in League's history I can recall, in my... what, seven, eight years of playing?

It's way too soon to call this a "trend". Serephine is the first champion where Riot has ever put the skin "first", and the fact that they tied it with their popular K/DA line -- which they always promote near Worlds, because they want to raise hype for their genuinely cringe-worthy virtual performances before the games (which is, for the record, the reason why I've lost the desire to ever go to a World's game in-person). So while I don't think it's prudent to worry they'll do this with every champion going forward, I think that being weary around Worlds, when they've got an agenda to push and a fake band to promote, would make sense to me. And it is a little sad that a game I once more-or-less trusted to put the game first has decided suddenly that it's not going to do that.

...but yeah, K/DA also just isn't very good? Like their first song, Pop/Stars, was a legit bop. Still a great song, 10/10. But every song they've released since -- including that other fictional band they made up for the 2019 World Finals, which I genuinely don't care enough about to google -- has been either unnoteworthy or bad. And all things considered I have a pretty conventional taste in music, if you ignore all the J-pop and video game soundtracks I obsessively listen to at work.

I know that's the least important thing I've said here but dang, grand scheme, this whole "controvery" is barely a blip on the map, y'know?

Over 15 years after the game's release.

The Elder Scrolls V: Skyrim is being Turned into a Board Game

Which you'd think would have happened a lot sooner.

The gravity of the situation is understated.

Not as good news as it may first appear.