A really, really bad MMO. I cannot stress that enough.

I’m talking, of course, of Kingdoms Under Fire 2. 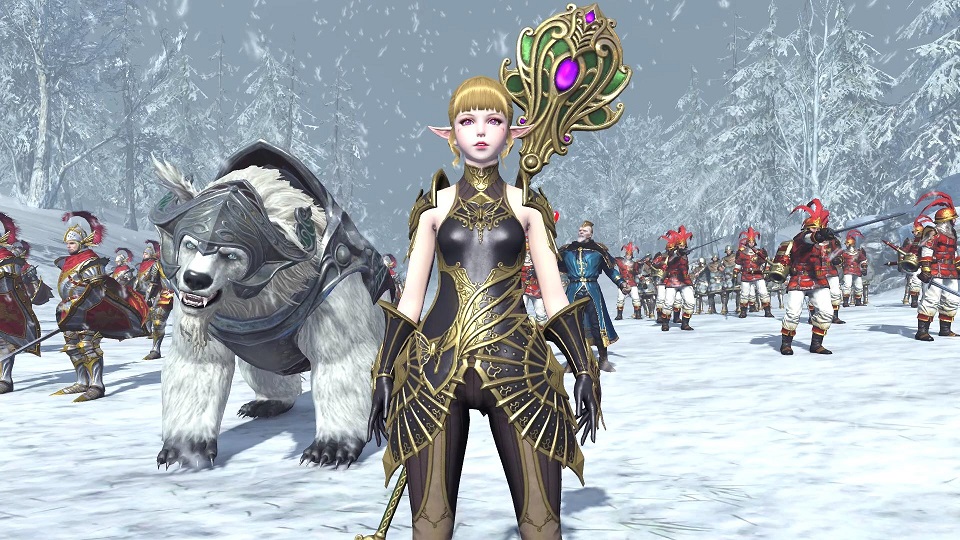 If you haven’t heard of Kingdoms Under Fire 2, it’s probably because the game is a bit of a mess right now. If you search steam for MMORPG’s, you’ll find it in the “trending” section, and if you check the reviews you’ll find they’re largely positive, but the top reviews are negative. If you go to the Kingdom Under Fire 2 webpage, you’ll find a vague outline of what you can expect but no hard-and-fast details. If you check the Kingdom Under Fire 2 Wikipedia page, you’ll find it’s been wracked with development problems, broken promises, and several failed betas that saw the game shut down in servers all around the world – China, Russia, Taiwan, Korea -- before it finally launched in the west. And if you checked SteamChart, you would see, on average, only 460-some people are playing at any given time during a month. Very bad numbers for an MMORPG.

So yeah, this game is something like a train wreck. But I’ll admit, I’ve spent a considerable amount of time in the past few days playing the heck out of it, and I have a few impressions to share. I’m not going to say I have a recommendation waiting for you at the end of it… but impressions? Yeah. I have impressions.

Here’s the basics: Kingdom Under Fire 2 pitches itself quite prominently as a RTS meets MMO. In addition to having your Avatar, who can be one of five classes (which are gender-locked for some weird reason?), you control a small army of archers, mages, ogres, soldiers, artillery, and other units any RTS player likely knows all too well. In battle, you have to both command your troops and control your avatar, who slashes through the battlefield Dynasty-Warrior style when under your direct control while your troops support you.

It's a rather clever mix of Dynasty Warriors and Total War, although it’s a tad more nuanced than the former and a lot less complex than the latter. Rather than just hacking and slashing through your foes, combat is fairly similar to Black Desert, where you use a small selection of abilities and chain them with each other depending on mouse clicks and special ammunition. I’m still relatively new to the system, since I’m only level 11 out of a max level of 30, but I still have to think about what ability – or combo – would be perfect for the situation I’m in. Which is a lot more thought than I’ve ever put into Dynasty Warriors. And you want to be controlling yourself as often as possible: when you’re commanding troops, your Avatar can still fight, but they only use basic attacks and block, which means you’re operating at a fraction of your overall usefulness. The more time you can spend in direct control, the better. 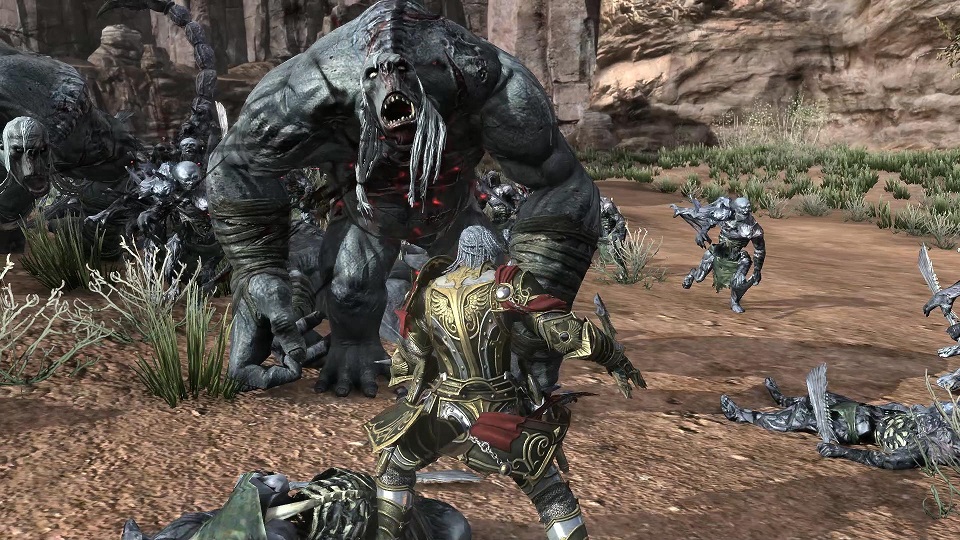 Commanding your troops takes a few cues from Total War, but it’s made far more simple. At my level, you can only go into battle with two troops, and with the click of a button, you can enter an overhead view to take direct command of them. You can set them to attack whatever’s in front of them, defend their position and attack whatever comes into their reach, or follow your Avatar and support them directly. You can also trigger special powers for each troop that could turn the tide of battle: like enhancing armor for heavy troops or casting a blizzard from your ice mages. The resource for these specials comes out of a community pool, though, so while you can set them to auto-cast, it’s probably a bad idea.

You can also have troops target individual enemies or do specific things, but generally battles only require f4 (since that’s the select all troops button) and z (since that’s the attack command). Which you’ll need to do a lot, because troops will often forget that they need to continue attacking after defeating one enemy troop even if they’re currently being shot by another.

And of course, we can’t forget this is supposed to be an MMO. You can go into many instances with a party of up to 4 people, all of whom are commanding their own troops and fighting with their own hero. This can make things quite hectic, although so far I’ve only had to deal with single-objective maps, which meant there wasn’t an ounce of coordination or communication between us. I haven’t reached it yet, but there’s also apparently 8-man raids and PVP battles as well, which I imagine would be equally insane. But with no friendly fire, no real terrain to navigate, and no weaknesses to exploit, I can’t imagine you would need many tactics beyond “have bigger numbers” and “use the right spells” to overcome challenges.

And on the level: when I’m doing those missions, commanding troops and rushing headlong into battle myself, watching the flow of the combat ebb and turn and trying to be in the right place at the right time while also managing my troops? Kingdom Under Fire 2 absolutely shines. It’s frantic, it’s exciting, and you become genuinely invested in the health and morale of your troops, and it’s really, really fun to cleave through huge armies and take down enormous enemies beside them. 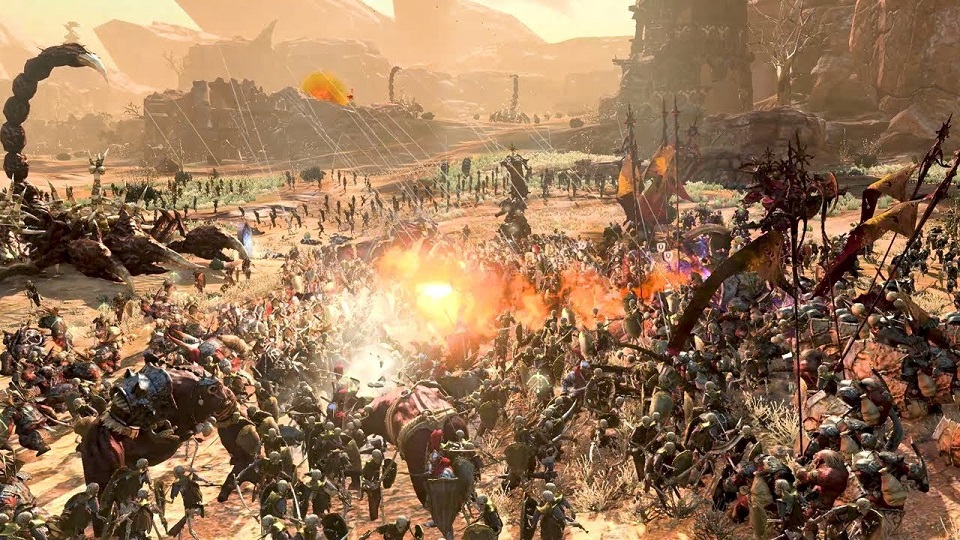 Which is why it’s such a shame the rest of the game is so goddamn lame.

Here’s the thing: for as much as I love the core concept of the game, I’m not surprised in the slightest to see so few people playing it, or to hear that the game was shut down in four different regions before it came to the west. Because to GET to the good parts, you have to play a 3-hour tutorial (that does not call itself a tutorial, so people could easily be tricked into thinking it’s the full game) that is by far the worst MMO experience I’ve ever had to deal with in my entire gaming life.

People, it is bad. You have to spend three hours walking back and forth across tiny maps, talking to people. An endless barrage of text boxes. Sometimes you’ll be asked by someone to talk to someone that’s literally five feet away to deliver a message. Once I had to talk to someone, who directed me to talk to someone next to him, and when I did, that person just confirmed that I talked to him, and then I had to talk to the person who directed me to that guy to finish the quest. Sometimes you’ll complete three quests in a row just by talking to the same person five times, uninterrupted by anything except the fact the game kicks you out of a dialogue when you finish a quest. So you literally just have to keep talking to this person, over and over, having like 5 different quests and 5 different conversations in something that a competently made game would have done in one.

Oh, and the translation is bad. It’s clear that English is not this game’s first language, and reading anything is either awkward, boring, or most often, both.

On the rare occasion a quest needs you to do something other than talk to people, it’s every bad MMO trope you can imagine, but worse. You have to clean up rubble, so you walk five feet over, click the use button, wait a couple of seconds, and then do it again, over and over, because the rubble won’t actually vanish. And even if it did, that’s just pointless busywork. You’re tasked to kill 3 bandits, so you walk four feet over, attack them, they drop dead instantly, and you move on. I get the feeling that these were supposed to be way more in-depth and longer in the past, but they realized what an awful drag it was and tried to fix it by making the missions as easy and quick as possible? Which is admirable, I guess, but the better solution would have been to just cut them from the game entirely. Nobody wants to play a MMO that would have been dated if it came out before Vanilla WoW, and making it seem stupidly simple doesn’t make it easier to swallow. If I wasn’t determined to reach the RTS parts, I would have demanded a refund ages ago. 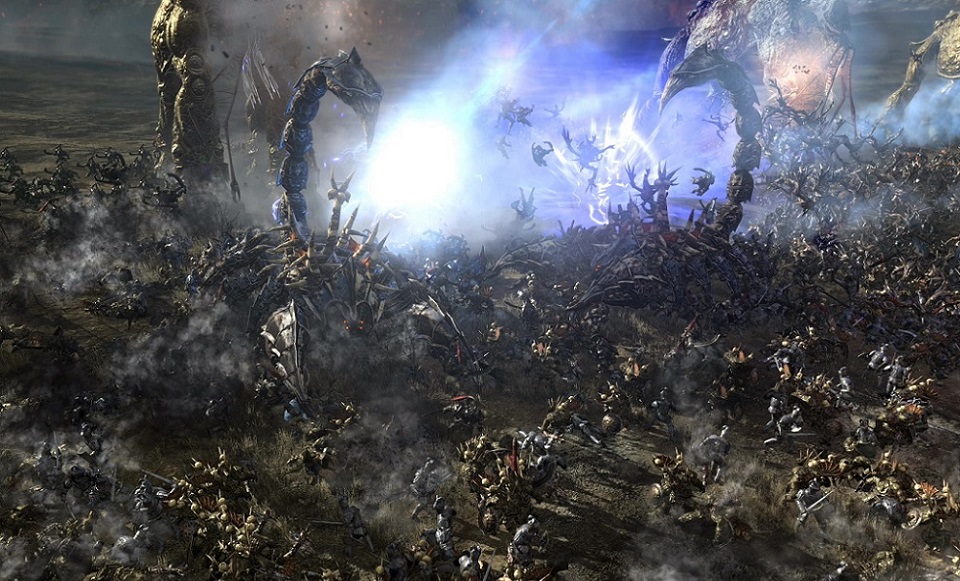 And it certainly doesn’t help that even after the tutorial, you occasionally have to go back to doing MMO parts to progress the terrible story, which instantly kills any desire I have to boot the game up again.

Look. Life is short, money is scarce, and there are a lot of great games out there that don’t make you plow through 3 hours of boring, tedious, awfulness to get to the good bits, nor will force you to revisit those awful parts to progress a story no one, not even the developers, care about. Maybe one day the team behind this mess will come to their senses and make a standalone co-op RTS/Action hybrid, and it’ll be my game of the year. But their stupid insistence to make this a MMO, and give it MMO parts, means you have to deal with a lot of bull to get to the golden nuggets… and I’m just not convinced it’s worth the effort.

So yeah. Make of that what you want.