It's got a lot going on, but not a lot to uncover.

by pocru on Mar 07, 2020 @ 09:38 AM (Staff Bios)
Comment(s)
Y’know the big problem with being both a games journalist and someone who can’t be bothered to keep up with trends is that by the time I get around to doing something and realizing it’s amazing, it’s almost certainly old news. I missed the Undertale bandwagon by a few months (not that it stopped me from writing about it or anything), I was more than a little behind when it came to World of Warcraft, and I sure as hell wasn’t on the ball when Dragon’s Dogma was first released, silently being a masterpiece while no one really paid attention to it outside making fun of Capcom when they tried ASKING fans to turn their orcs into a meme. With predictable if hilarious results. 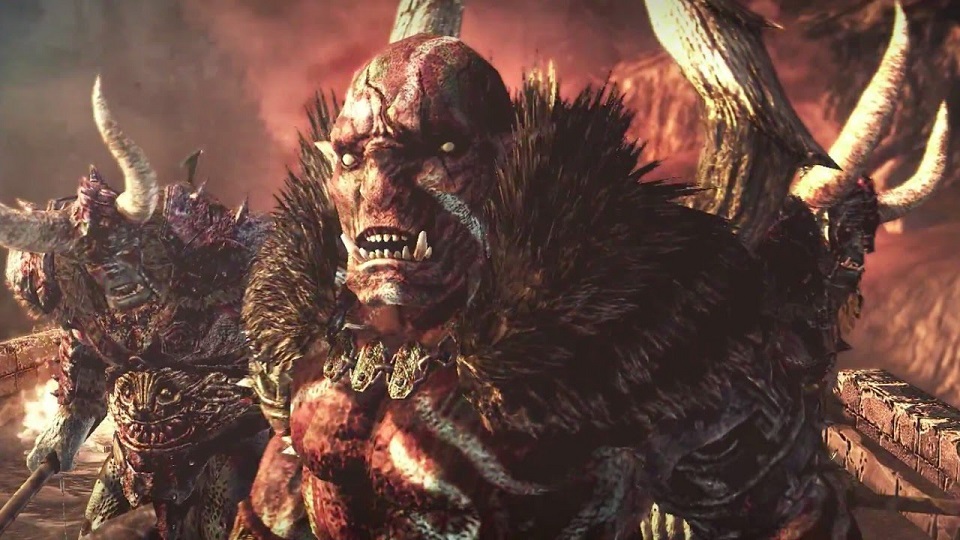 I think the only time I was ever “on time” for a game was Dark Souls, which I was hyping up well before it was even released, and… I guess Bioshock Infinite? It didn’t exactly set the world on fire or anything but when your achievements list is as lacking as mine it has to count for something.

Anyway, I bring this up because as of late I’ve been playing a lot of games that have, for lack of a better term, passed the expiration date for their ability to drawn in clicks. For example, I’ve been spending a whole lot of time with the Phoenix Wright HD Collection, which is currently available on the Switch: and I don’t think people need me to tell them that this 19-year old, critically acclaimed game is actually quite good. I’ve also been playing Dead Cells, which, while considerably more recent than Phoenix Wright, is still a far cry from “new” (sitting at around three years old), and even then I’m not sure I have a whole lot to even say about it beyond “does it remind anyone else of Vectorman or is that just me?”

The final game I’ve been giving my time to is still a far cry from “fresh”, but at least it’s only seven months old, and it wasn’t so popular that people ran out of things to say about it. I’m talking about, of course, Greedfall, which I picked up over my birthday when I had a gift card and it was on sale. 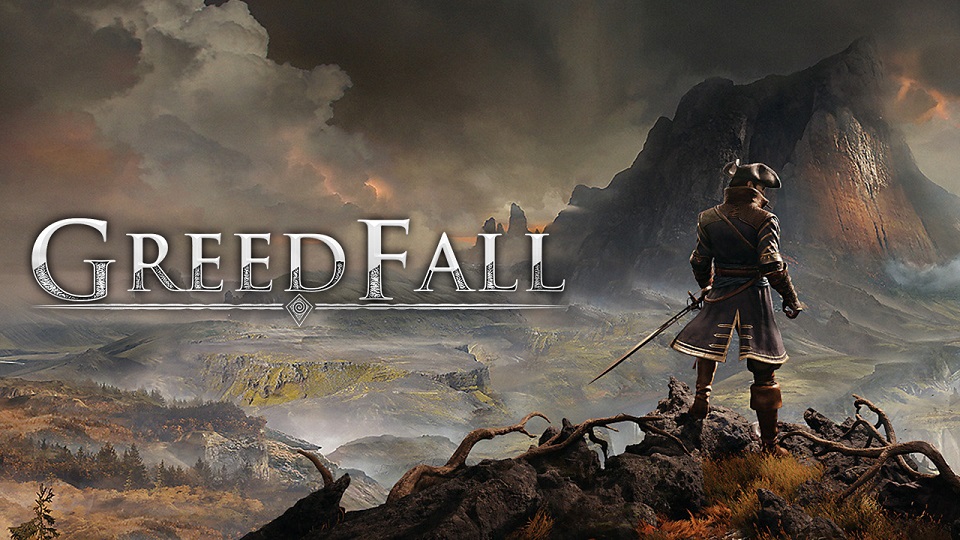 What is Greedfall, you might be asking? It’s Dragon Age, if Dragon Age had half the budget, twice the creativity, but half of the writing staff.

Let’s explore that idea a bit more: Greedfall is an RPG made by the fine folks at Spiders that does bear more than a passing resemblance to Dragon Age. You and your party of companions set sail to a mysterious, largely unexplored island in a fantasy version of the age of exploration in search for a cure to a lethal disease plaguing the mainland. There, you’ll confront natives, deal with other hostile or friendly invaders, fight a lot of bears and a few magical tree monsters, and generally do your best to be friends with everyone while not instantly kicking Vasco out of your party for his habit of reminding you about how poisonous his blade is before each and every friggen’ combat. 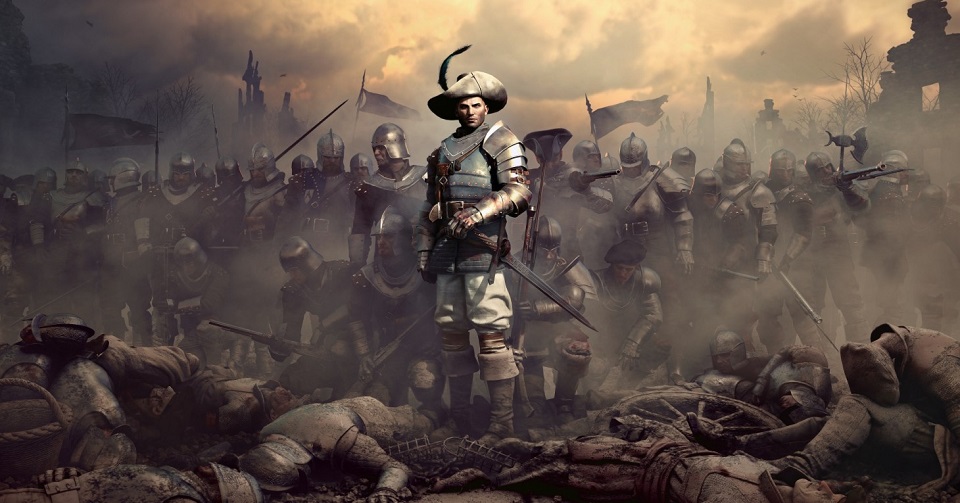 It's got a few things going for it. It ditches the overdone high-fantasy medieval setting for something that’s a lot rarer to find in fiction of all stripes, replacing bows with single-shot muskets and swords with sabers, rapiers, and other favorite weapons of the Spanish and Portuguese during the 17th century. Rather than having dwarves and elves, you have humans from different nations, such as the science-loving and Arabic-inspired Bridge Alliance, or their rivals, the religiously fanatical and unsurprisingly white folks from Theleme. And if you’re thinking “wow, having two large, antagonizing groups representing the extremes of both science and religion is a little on the nose”, then congratulations for having two functional brain cells to rub together.

This is kind of what I mean when I say “twice the creativity, but half the writers”. Broad strokes, Greedfall is a very unique, different kind of RPG in a very unique, different kind of world. But the minute you apply any kind of scrutiny is the minute you realize that all they’ve done is dress up a very conventional RPG plot in unexpected clothing. So of course you have extremists in every camp, namely the Bridge Alliance are kidnapping natives for twisted experiments, while Theleme’s inquisitors ruthlessly purge natives who refuse to convert, and the war-mongering natives who will target anyone if it means getting rid of the invaders, even civilians. And you have good people from all the camps as well, and the game never misses a chance to underline the grey areas that even the colorblind people in the audience could have seen coming from a mile away.

A lot of which, I remind you, came into focus during initial reviews of the game. A lot of reviewers noted how Greedfall displayed the issues of historical colonialism without fully reckoning with it. It’s hard for a game to paint the world as shades of grey when one of the sides act as a real-world parable for a group who absolutely did not get a fair shake when it came to the issue of colonization. There’s not really a “moral grey area” in “if my slave doesn’t work hard enough I’ll cut off their friggen’ hands”.

That lack of writers is apparent in more ways than just that. In games like Dragon Age, which I remind you this game is most openly ripping off, but also games like Divinity: Original Sin, there are a lot of ways to learn about the world you’re in. There are layers of the stuff – the stuff you need to know, the stuff you can learn the more you dig about it, and the really-extra lore that’s either hidden away or only accessible in the Wiki or some 200-page book sitting in Barnes & Noble somewhere. Lore seeps through the whole thing, and while it may not always present itself as a “living” world, thanks to the conventions of game design, it always presents itself as a well-thought out one, a world where there’s always more to uncover right around the corner.

Now, I haven’t played all of Greedfall yet. But from where I’m sitting, it’s very much… not that. Only the lore that’s immediately necessary, or gives context to that lore, is really at your disposal. We learn about the universities that dot the Bridge Alliance and how their teachers double as administrators in their government, but… that’s it. We know that Theleme believes in an Exalted One who, in life, may have visited the island, but… that’s it. Every opportunity where other, more fleshed-out games would have used to give players the chance to better understand the world beyond the merely utilitarian is ignored. And every opportunity to see one side at their “worst” will soon be followed up by another faction in that group doing their best. Because that’s how you make something “gray” when you’re a lazy writer.

Likewise, it’s shown in the companions. I more-or-less like all the companions I’ve gotten so far, but they’re not what you would call… “surprising”. We have the native princess, who, unsurprisingly, is invested in the affairs of her people first and foremost and seemingly has no personality or even life outside that sole pursuit. We have our personal body guard, who can be intense and focused, and is called “soft”, but it’s hard to call that a real character trait when the context was him disapproving the idea of beating innocent people to death. There’s our sailor pal, who is unhappy about being our pal until he stops being unhappy about it. And there’s an anti-social science girl who you know is a badass because she points a gun at you the first time you meet her and sometimes says less-than-nice things.

The only character with any real unexpected depths is our old man priest companion, who, while upstanding and prim, shows himself more than willing to be underhanded and scheming when it’s necessary. I liked him a lot. 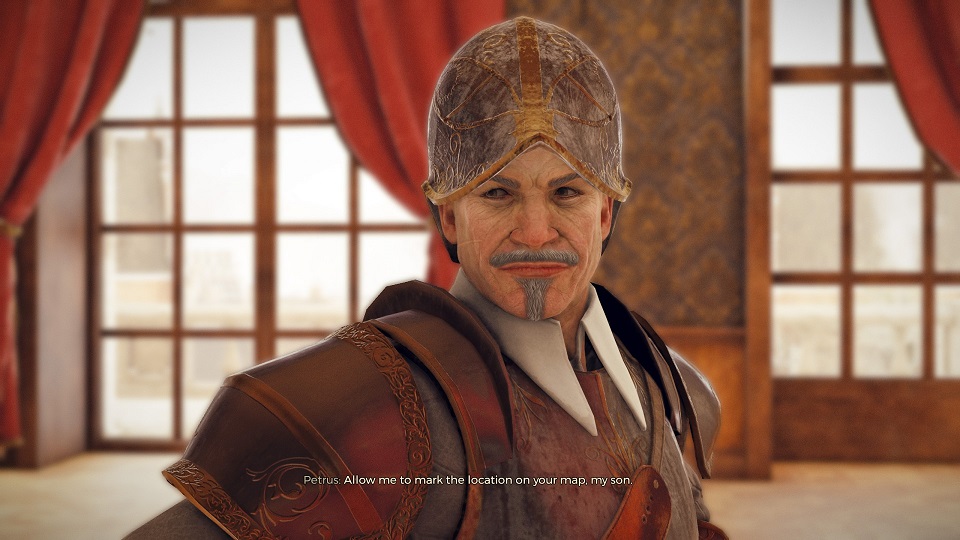 I’m not saying the game is bad by any means. I’m actually enjoying it quite a bit, and like I said, in spite of the fact the companions are rather flat, they’re acted and written well enough that I still got attached to them. But whereas some RPG’s like Dragon Age sort of sink their teeth into you and drag you into their world, getting you to think and analyze before you say or do something, this game… doesn’t. It’s kind of like the popcorn version of one of those games, a RPG where you can just play it without needing to keep a encyclopedia of proper names and dates on hand. It’s “Dragon Age Lite”. And if you’re someone who doesn’t care much about writing or in-depth world building, and are perhaps annoyed by all the extra flavor dialogue in some games? Maybe that’s a selling point for you.

But, it’s kind of a bummer for me.

…not a big of a bummer as the fact that people’s friggen’ lips don’t match their words when they speak, but a bummer nonetheless.