Sometimes it feels like make-believe is all we've got.

Do I have the right to be tired? Maybe not. The events of the past week haven’t been for, about, or even tangentially related to me: as a white, middle-class man living in Europe, I’m about as far removed as US police brutality as I can possibly be. The exhaustion I get when I see the news must be profoundly different from the deep-set exhaustion that people of color might be feeling now. I mean, they’ve been having this fight for years now, haven’t they? George Floyd was just the most recent name on a long list of people who have been brutalized by the cops thanks to their skin color and the general lack of accountability by cops. 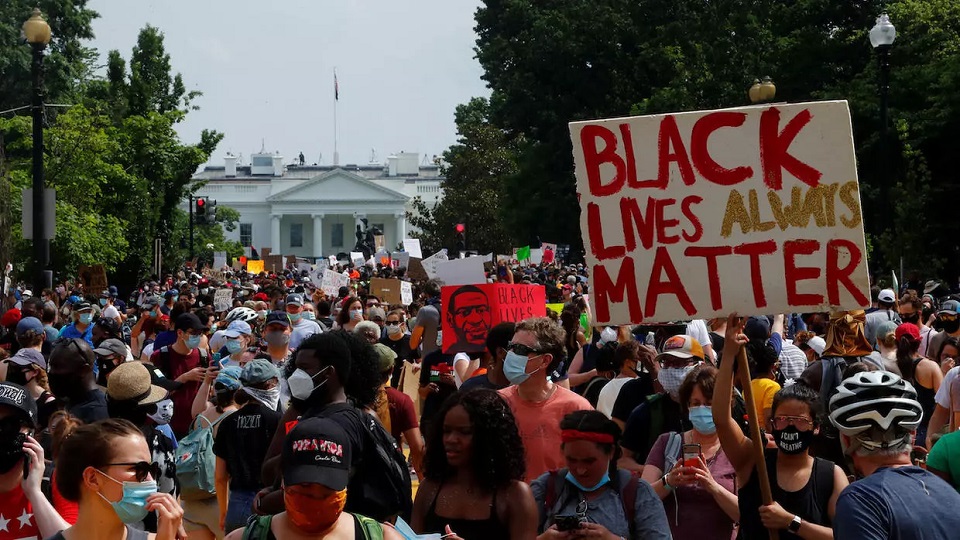 Remember Trayvon Martin? Michael Brown? Ramarley Graham? Botham Jean? The list of people who have been done wrong by the cops – usually fatally – is enormous. It’s systemic. And it has been happening for years, generations even, so long that distrust and hatred of the cops is inherited from father to son. Being a person of color takes effort, it seems, and it must be exhausting to see yet another protest flair up. I’m sure it must be encouraging to see people of every race stand to end police brutality, but it must also be a somber reminder that once a white person puts down that “Black Lives Matter” sign, they go back to being white. It’s something they can just… put up, or put away, depending on the situation.

They’ll always be black. And they’ll always have to fight in some way or another, no matter if they want to or not. They were born in a fight they didn’t even start.

By comparison, my own exhaustion is less personal, but it is more communal. I carry the exhaustion of a generation who, thanks to increased connectivity and audacity from the folks in power, is more aware than ever before just how absolutely screwed we are. Police Brutality, while important and urgent and absolutely deserving of protests and combat, is just the first of the demons that need to be slain, demons who seemingly can’t be. Remember how the ineffective US government is getting people killed thanks to their unwillingness to do anything about COVID-19? Remember how the entire government is corrupt beyond repair and has people actively working on the inside to keep it as corrupt as possible? Remember how breaking laws doesn’t even matter anymore?

And hell, that’s just the US. Nationalism is still rising. China is still oppressing minorities and swallowing Hong Kong, despite months of intense protest and demonstration. The middle east is still a wellspring of violence that’s claiming innocent lives every day. The UK is in shambles. Brazil is being run by a tyrant clown. And Climate change is still the big, eldritch horror looming on the horizon, an end boss we’re severely under-leveled and under-equipped for, who has people actively working to make it stronger and us weaker because it means immediate, short-term gains now.

And myself, like countless other late twenty/early thirty somethings, look at this and feel this profound weariness and despair. Because we can’t do anything. Our votes are being stolen. Our voices are being silenced or ignored. Peaceful protest doesn’t work and violent protest turns popular opinion against us. It feels like we have nothing. No options, no weapons, no recourse, no hope. I can only imagine how tired a person of color in my position must feel. Overwhelmed by both this extremely personal fight in their own neighborhood, and the combined anxieties of knowing that tackling racism, while important and urgent, won’t even begin to address rising sea levels or aggressive pandemics. Viruses and hurricanes don’t see color. They just kill and destroy whatever they come across. 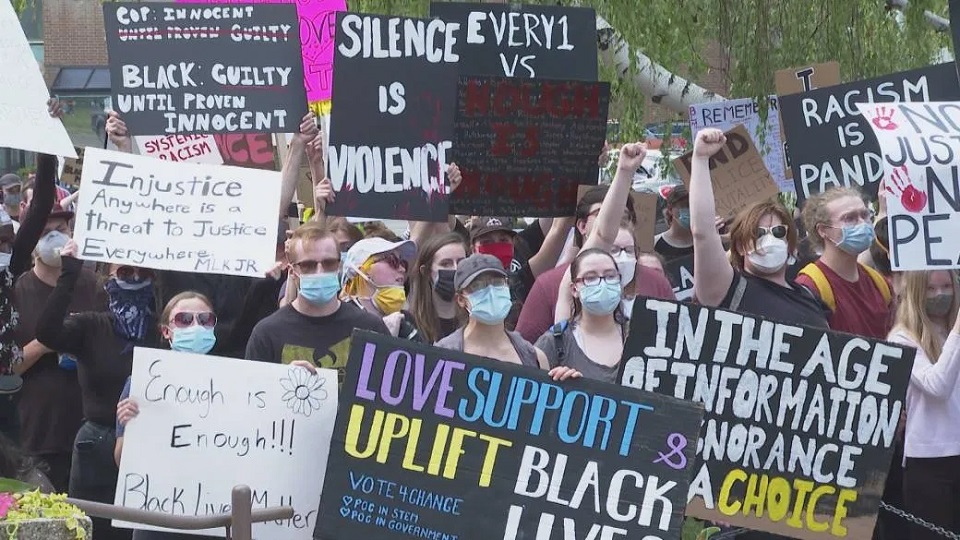 It makes it hard, is my point. All of these anxieties, combined with my general exhaustion, makes it hard to write about video games. Something I love, sure, I love video games more than a healthy adult should. But I don’t find relief or hope in video games. I find escapism, I find a distraction, but nothing so helpful as even as a roadmap for my own personal life. In a video game, your actions have impact and meaning and you can blow up the big evil company and elude the cops to continue to the next dungeon.

It’s not really that simple in real life.

At first, I was going to write about how unimpressed I was by the statements and donations put forth by Sony, EA, Humble, Ubisoft, Square Enix, Itch.io, Devolver and others. All of them certainly know how to write pretty-sounding words about how we need to “do more” and “take action” :and how they “stand against racism, prejudice, and hate”. Hell, even Activision-Blizzard put up one of those damned black boxes, saying “today, and always, we support all those who stand against racism and inequality. There is no place for it in our society – or any society”. 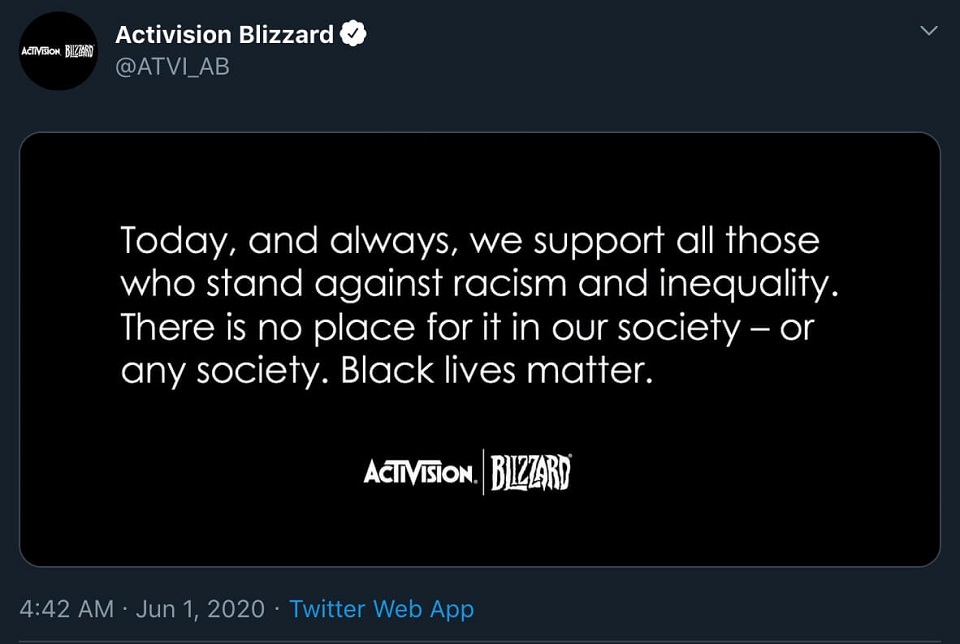 Pretty goddamn rich words for the company that banned Blitzchung and didn’t even apologize for it. But while Blizzard is the most outrageous example, it’s not the only one: very single one of those companies is complicit in what China does: the abuse, the censorship, the systematic raping and killing of Muslim minorities. They don’t actually care about anything they’re talking about, or if they do, they don’t care enough to actually make meaningful, difficult decisions about supporting it, which means it’s functionally useless. They just see this as a PR opportunity. A chance to score some easy karma points so they can inject themselves in the national discourse, remind people that they exist, and later cash it in when they decide to put more loot boxes in whatever garbage fire they push out next.

As near as I can tell the only group that deserves to make a statement and be congratulated for it is Games Done Quick.

But anyway, as I prepared to write this article, two things stopped me: for one, I had already written about insincere corporate ‘generosity’ earlier when I talked about the games industry’s response to the COVID-19 pandemic. And for two, well…

…there’s a part of me that just wants to accept it, you know?

Yes, it’s hypocritical. Yes, it’s blatantly self-serving. And yes, it’s terribly insincere. But if you just take a step back and stare at the hollow, painted surface, you see something very nice: a bunch of companies saying that racism is bad and we should stop it. If you even gently probed the skin of this claim, it would pop and you’d see all the bugs and poop that they’ve got hidden under the shell, but… if you just… didn’t do that… you’re left feeling almost positive about things. Like there is still some good in the world, even if it is only the thinnest layer of candy coating over that pile of bugs and poop.

Sometimes it’s nicer to just take things at face value. The gift of ignorance, which you give to yourself, to keep you from just giving up on life and people and society and civilization together. And when you’re tired, really tired… it’s really easy to give that gift to yourself.

Of course, like all bad gifts, it comes with a catch.

It means letting evil win, even though evil would have probably won anyway.

It means giving companies exactly what they want, even though they don’t need the good karma points because no one has to balls to hold anyone accountable for anything anymore.

It means giving up the principles you believe in because holding onto something that heavy and meaningless might make you strong, but so far, it hasn’t made you happy.

Obviously by the fact I brought up the hypocrisy earlier, I haven’t given up quite yet. But rather than spend all 1500 words explaining why their sentimentality was bull – which I think I was able to do nicely in 250 words – I wanted to do something just a little bit more cathartic. A little gift from me to me. And admit to myself and the world that I am tired, I feel defeated, and explain why it is I feel justified in saying that, even being a white middle-class dude who’s living in Europe. And why every time I look at George Floyd I still cry a little bit because he feels like he’s that straw that broke your back, you know. Not just for the racism problem. But for all the problems bearing down on us that we have no real way to solve.

I suppose it’s my responsibility as a writer, especially one for a gaming website where this kind of content doesn’t entirely belong, to end on some uplifting, encouraging note, about how I’m never going to give up and how you shouldn’t either and how we’re all in this together, and how with strength and perseverance we’ll see through this nightmare and make it to the other side in one piece.

But I’ve spent enough time in this article talking about the lies of others.

Why would I end with one of my own? 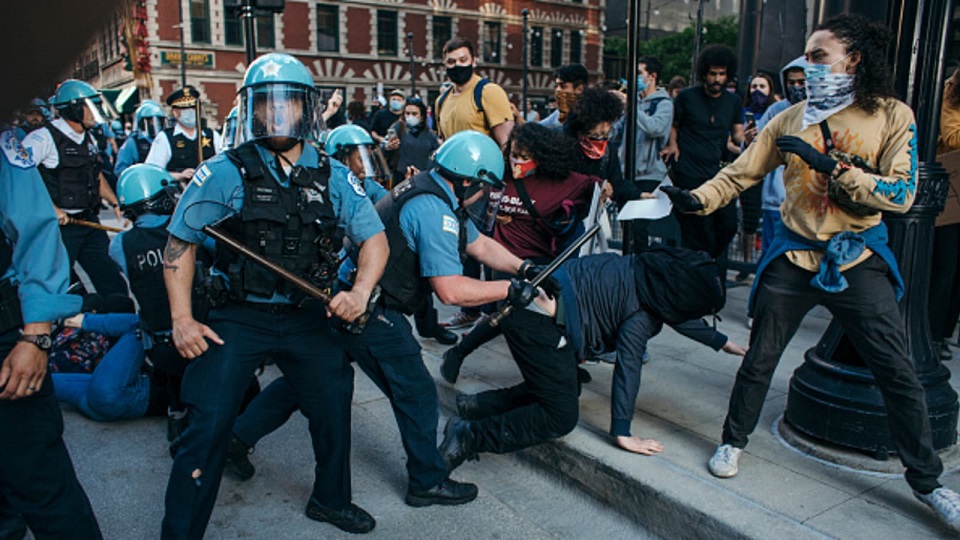