Borderlands 3 may be a new game, but it feels old as sin.

To be perfectly frank, I wasn’t terribly excited when Borderlands 3 was announced, unlike many in the gaming world, and I never really caught the hype even as more information was revealed to the details-starved masses. I played Borderlands 1 and 2. Heck, I played Borderlands 1 a lot, and got all the DLC for it to boot. I would even go so far as to say I have fond memories of the series, and the franchise, and part of the reason I was so critical of it in the past – namely, how much I disliked Handsome Jack – come from a place of love. 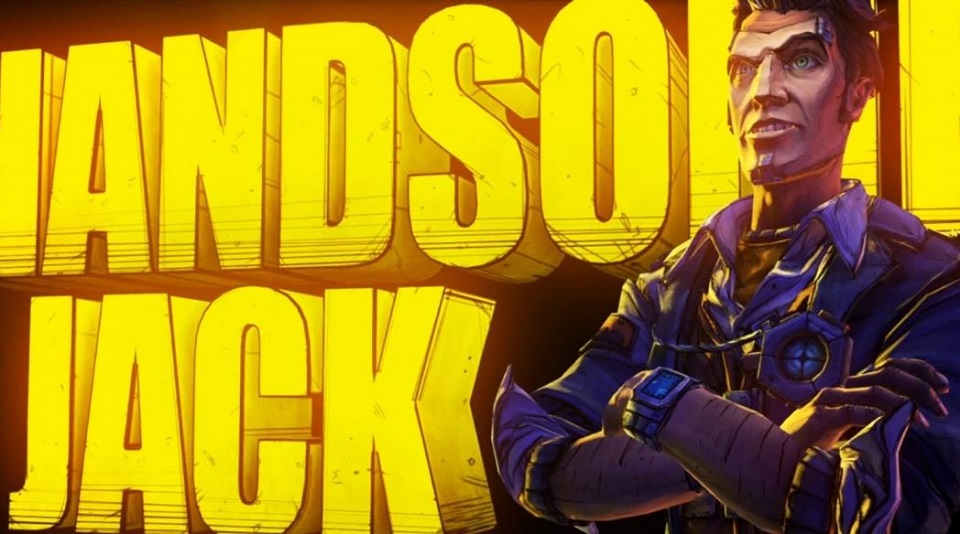 But Borderlands 2 came out 7 years ago. A lot has changed in seven years. I’ve grown acutely aware of the problems with the games industry. I’ve grown a professional – yet intense – dislike of Gearbox CEO and all-around dickclown Randy Pitchford. And, perhaps most importantly of all, I’ve grown up by roughly seven years myself. I’m pushing on thirty now. My back hurts when I wake up. I have to fill out my own taxes.

So when Borderlands 3 was announced, I wasn’t actually planning on buying it. I didn’t buy the pre-sequel or Tales of the Borderlands, I wasn’t invested in the world or in the characters, and I especially wasn’t interested in giving either Epic Games – who I continue to remind people is holding their employees in a state of constant crunch – or Randy Pitchford any of my money (even though I have no issue with the rest of Gearbox as an entity). But I do have friends who are Borderlands fans, and they, conversely, were excited and wanted to play it with me.

Which, you know, was enough to convince me to take the dive. I do like spending time with friends, and Borderlands is at its best when you’re playing with pals, so, I picked it up and I’ve been playing it with them for the past few days. Not often, because we’re all adults and we have stuff to do, but we’ve played… maybe six, seven hours of the game so far together?

So it would be far too premature to call this a review. You don’t need a review from me anyway, there are lots of other publications out there who can do that for you. The kotaku one is particularly poignant, making the apt comparison of calling Borderlands 3 a bowl of potato chips: bad for you, unfulfilling, but hard to put down and great at parties.

But rather, consider this an observation from a casual borderlands fan who has been with the series (not for it’s entirety, mind you) since the very beginning, when it was first revealed in Game Informer all those years ago.

It kind of feels like Borderlands is… dead under it’s own weight? 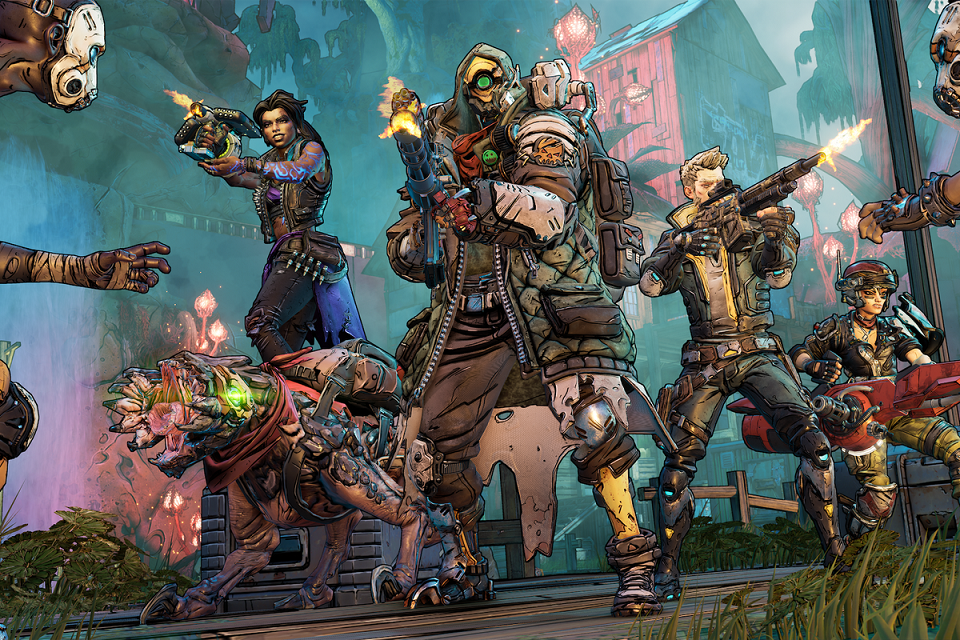 So the thing about Borderlands – and the thing that makes it almost iconic – is the fact that it’s trying to juggle a lot of stuff and it very rarely manages to keep any of it in the air for very long. It’s a game with a story and a huge cast of characters, but few of them are likeable and even fewer of them have growth. It’s a game with a sense of humor, but it leans so heavily on the irreverent and the absurd that the game undermines it’s own attempts to tell a serious story with characters you’re supposed to be invested in. It doesn’t help, either, that having asshole/absurd characters means that they almost all sound the same, outside their uniquely silly voice actors. It’s a game that advertises having billions of unique guns, but only a handful of unique enemies to use them on, and most of them aren’t even different enough to be noteworthy: although, granted, that issue seems to have been addressed soundly in Borderlands 3. The gun minions are pretty great.

So it’s trying to do a lot, but it always undermines its own efforts. And the thing is, the effect is… well, it’s accumulative. Borderlands 1 worked really well because it was unique and fresh and it was telling, ultimately, a very simple story: there’s an alien vault full of something, you want it, evil company also wants it, go to town. That was a game that could easily host an irreverent world with irreverent, mute characters, because it wasn’t really trying to be about anything. It was a stage for shooting and punching and explosions, and in that role it served just fine.

Borderlands 2 struggled. It took a heavier hand in trying to make Pandora and the rest of the world feel alive and deep, which while normally admirable, clashed in the specific theater of Borderlands. The main characters from Borderlands 1 came back, but since they were just blank slates in the first game, there was no real attachment to them here. They were effectively new characters, and when they had their big damn moments (like when the hunter guy whose name I can’t remember lost his bird pet whose name I also can’t remember) the effect was somewhat lost. It didn’t help that the game would often undermine itself by refocusing the story to make Handsome Jack absolutely everywhere, and serious moments were always sandwiched between irreverent humor. Drama and humor are two sides of the same coin, and one could argue quite well that it’s nearly impossible to have one without the other, bur Borderlands 2 had about the worst ratio possible, of like… 85% humor to 15% drama. At that point, the drama just becomes extraneous and feels fake. Forced, almost. 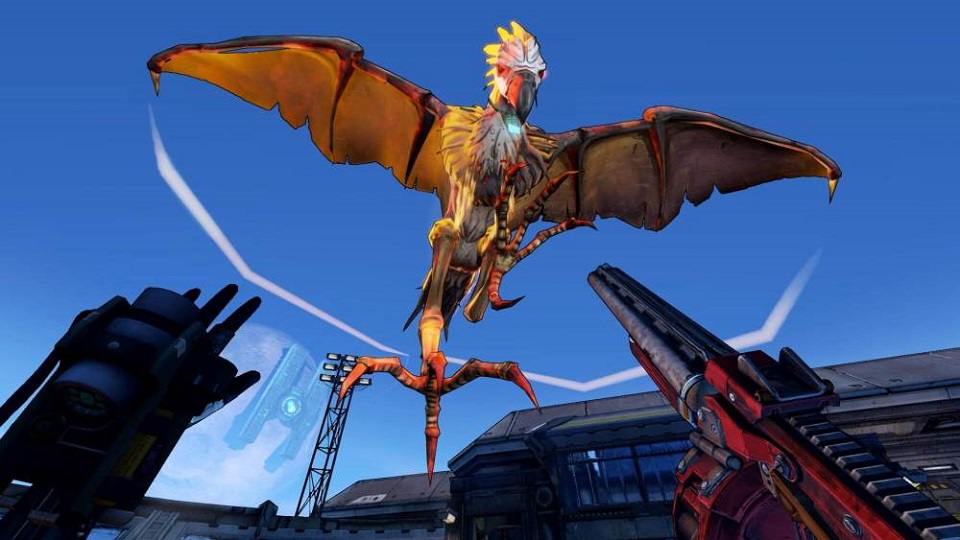 I can’t speak about the other two games in the series – Tales and the Pre-Sequel – and I certainly can’t speak for 3 definitively yet, but so far it seems to follow the same trajectory.

And it doesn’t help that, frankly… the game hasn’t aged well. It’s not quite as disgustingly backwards as Duke Nukem Forever was when it came out, but the game’s sense of humor certainly seems old. Which is a nice way of saying I don’t find it funny. So far, the game has elicited a single dry chuckle at the “Under Taker” pun, and that’s just about it. The problem with the Borderlands style of humor is that it’s all very... familiar. Characters are dicks to one another (which, again, makes it really hard to care about any of them). There are long rants that usually devolve into something self-deprivational, delusional, or depressing. There are puns. Shouting. Claptrap is annoying. “Randomness” is usually something gory or immature, and jokes carry on for longer than you’d think – usually by a line or two – with the addition of a semi-straight man.

It’s a formula we know well. I would never go so far as to call it ‘predictable’, but it’s not surprising enough to catch me off-guard, which is kind of important for this kind of humor.

But that’s what I mean when I say Borderlands 3 sort of suffocated under its own weight. If Borderlands 3 were coming out right now, as a unique IP, in a world where Borderlands didn’t exist, I think people would be calling it game of the year material. But it’s not a formula that stays as fresh as long as other game formulas out there. We’re familiar enough with it by now. And from where I’m sitting, Borderlands 3 has come out when the very concept of Borderlands has crossed the sell-by date. Those 7 years have passed, and the game illustrates the passage of time with a cringe-worthy obliviousness. You could kind of call it the worst kind of time capsule.

Look. I’d be the first to admit I enjoy actually playing it. I look forward to my little Borderland 3 dates with my pals. And in a lot of ways, that’s the most you can ever ask of a game: even if it’s only a vehicle for good times with your pals, then it’s doing its job with aplomb. But it seems clear to me that Gearbox wanted something more with Borderlands 3. I can feel, even a few hours into the game, that a lot of genuine passion and love went into this game, and it was crafted by people who genuinely care about the world and its characters, and who want to give something to the fans who share that passion. For those people who managed to stay attached to these characters for so long, I’m sure Borderlands 3 is everything they’ve always wanted. 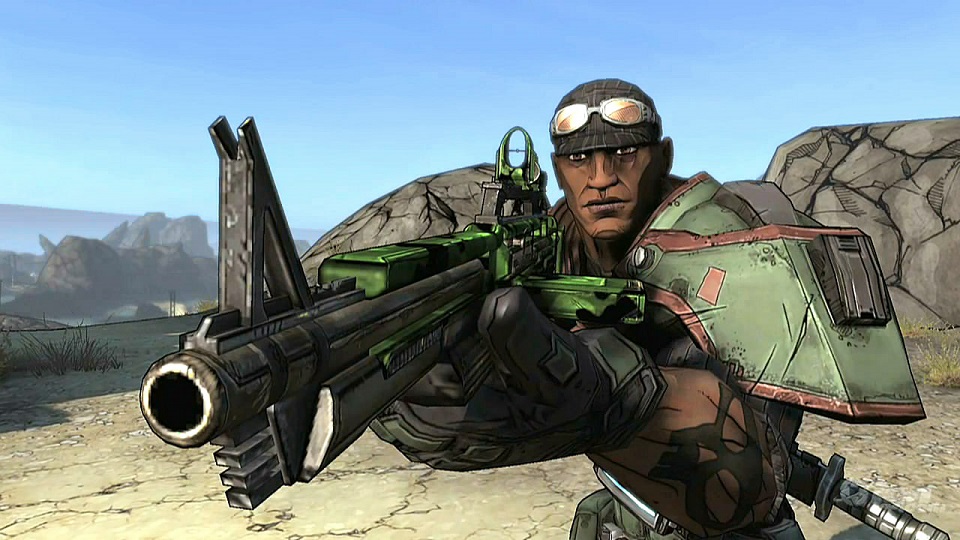 I’m just curious how many of those people actually exist. How many people play Borderlands for the story, and who cheered when they saw Brick again for the first time, or who felt sad when Roland died, or felt vindictive when they finally got to shoot Handsome Jack in the face.

I suspect most people are like me. All of that stuff is just occasionally distracting background noise to some brainless shooting with friends.

If you Buy Cyperpunk 2077 on the Xbox One, You Will Get a Free Copy for the Series X

"Gamers should never be forced to purchase the same game twice or pay for upgrades."