A VR Rhythm game featuring a few top artists and not much else.

by LizardRock on Oct 28, 2019 @ 10:53 AM (Staff Bios)
Comment(s)
There are few things in the world as body-bumping as a sick beat and some bangin' bass drops. And there's nothing more immersive than a well made VR game. A fantastic example of this phenomenon can be found in Kinemotik Studios' latest game: Audio Trip.

Audio Trip is a virtual reality rhythm game. The premise is simple. As electronic music plays, the player has to position their hands and body to "touch" the various markers flying toward you while dodging the occasional barrier.

It's essentially Beat Saber, but with boxing gloves instead of laser swords. That said. I will do my best to minimize the number of comparisons I make between the two games.

The game makes a wonderful first impression. All of the good aspects of the game are immediately present. I was having fun with the music. It was active and exciting with each song. It's only with extended play does the game's shortcomings truly become apparent.

Odds are, the main allure of the game is the impressive musical titles they managed to acquire. Even in its currently Early Access state, Audio Trip snagged big-name artists like Skrillex, Lady Gaga, Zedd, and deadmau5. But they weren't the only heavy hitters in the game. I actually found myself enjoying the unknown titles provided just as much, if not more, than the familiar songs. 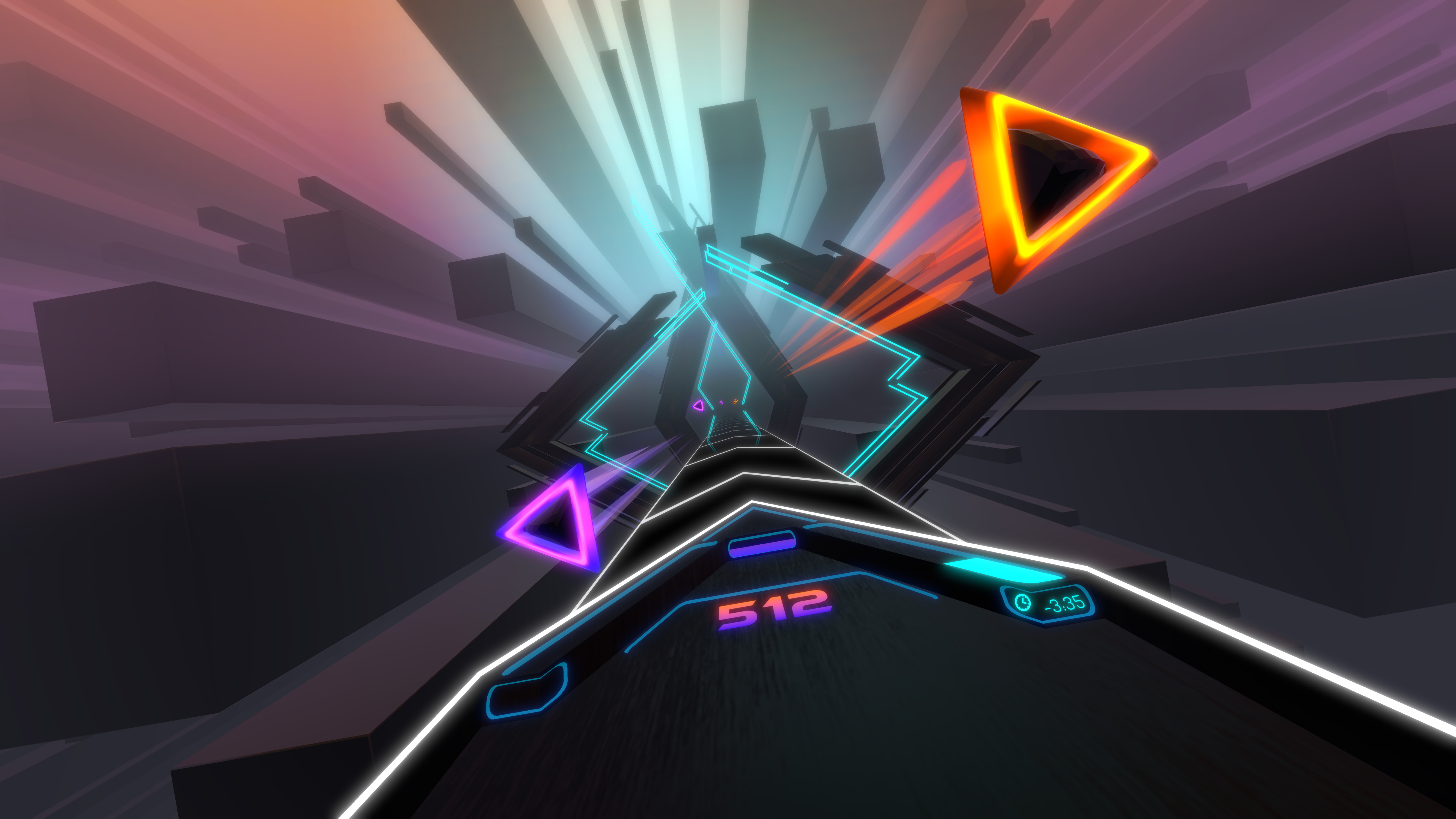 One of my favorite aspects of the game, however, was the ambient environment in the background of each song. With each track, there is a bespoke environment on display in the background. For the jungle track, there were accents of African culture and heritage, for example. A majority of your focus will be on the song and the notes you need to hit, so it's easy to miss. But once I was aware of it, I was almost missing notes by gawking at the distance.

As fun as the game is, there remain some noticeable issues with its current state and its core concept alike. This stretches from simple ideas like it's limited song selection to more complex aspects like what it aims to be in the current video game climate. And also the ribbons.

The biggest and most noticeable flaw lies with the song selection. While having big-name artists was one of it's biggest draws, it's overall song library doesn't stretch any longer than that. The entire song library can be played in a single session. Not even a long one. I hadn't played for a total of 2 hours before completing every level and taking a small water break.

The other issue is a more complex one. One of the biggest VR games on the market right now is Beat Saber. Audio Trip shares some major similarities to the game. It's a VR rhythm game with electronic music, hitting flying markers. They're even the same price. How do you compete when you're going against the king of the genre? While other games shouldn't determine the quality of a game, it still plays a part in my overall recommendation.

If I wanted to be pedantic, I could also express how you can't actually look at your hands. Since your hands are the things you use to hit the markers, you need to know where they are. Sure you can feel which way you move them, but the angles and distance aren't exactly what your brain thinks. And given the fast-paced nature of the game, you can't look at your hands to ensure accuracy without losing focus on the upcoming markers. You'll likely notice this most with the Ribbons. They're a lot harder to hit than you'd think. 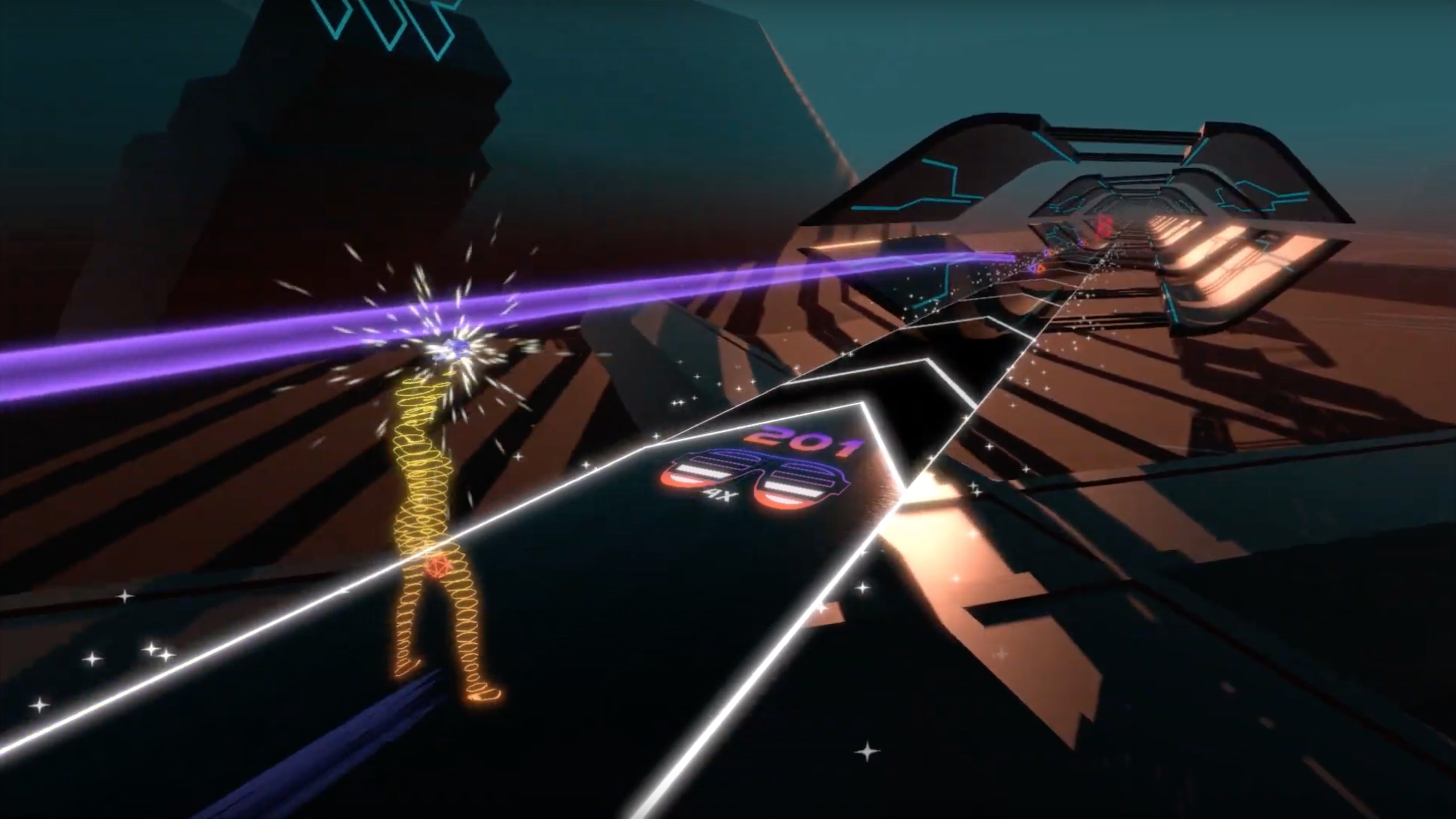 In isolation, Audio Trip is a perfectly fine rhythm game with fun levels and well known tracks. The fun doesn't last long, however, due to its terribly small track selection. I do not regret my time playing, but it doesn't offer much for the already low price. For this reason, I rate the game as follows.

This game does not live in isolation, though. It's a good game, but it's hard to recommend it in its current state. There are better games out there for the same price. The game is in Early Access, so, with any hope, they will add more content over time. But for the time of writing this review, I can't recommend Audio Trip.

Audio Trip is developed by Kinemotik Studios and published by Andromeda Entertainment. It is currently available as an Early Access title on Steam for Oculus, Steam VR, and Steamworks VR headsets. it is currently priced at $19.99. More information can be found on the official website. A copy of the game was provided for the purpose of this review.

Crucible, Which was Launched, Did So Badly it's Un-Launching

That's what the kids call an "oof"

No relation to the Bridge in PUBG.

Turns out, we're not done yet.

The Last of Us 2 Breaks 3-Day Sales Record

A lot of people are learning that murder is bad.

But with Twitch removing his emotes and refunding subs, this time it might stick.