There's no intelligent life out there.

by LizardRock on Mar 08, 2021 @ 09:57 AM (Staff Bios)
Comment(s)
The beauty behind a good simulation game is its ability to bring the player into a world theyve not explored before. It can highlight and gamify the most entertaining aspects of whatever concept theyre looking to simulate. So with something as outworldly as Alien Life Simulator, youd think theres be a rich, deep wellspring to dive into. This makes it all the more unfortunate that the wellspring was nothing more than a coarse tide pool not even deep enough to soak my ankles in.

Alien Life Simulator, by J6 Games, promotes itself as an adventure rougelike with life sim and survival elements. The player controls their own alien character, tasked with providing food for the rest of your village. Using a series of portals, the player can warp from floating island to floating island, using their firearm to fight against a variety of monsters for their resources. 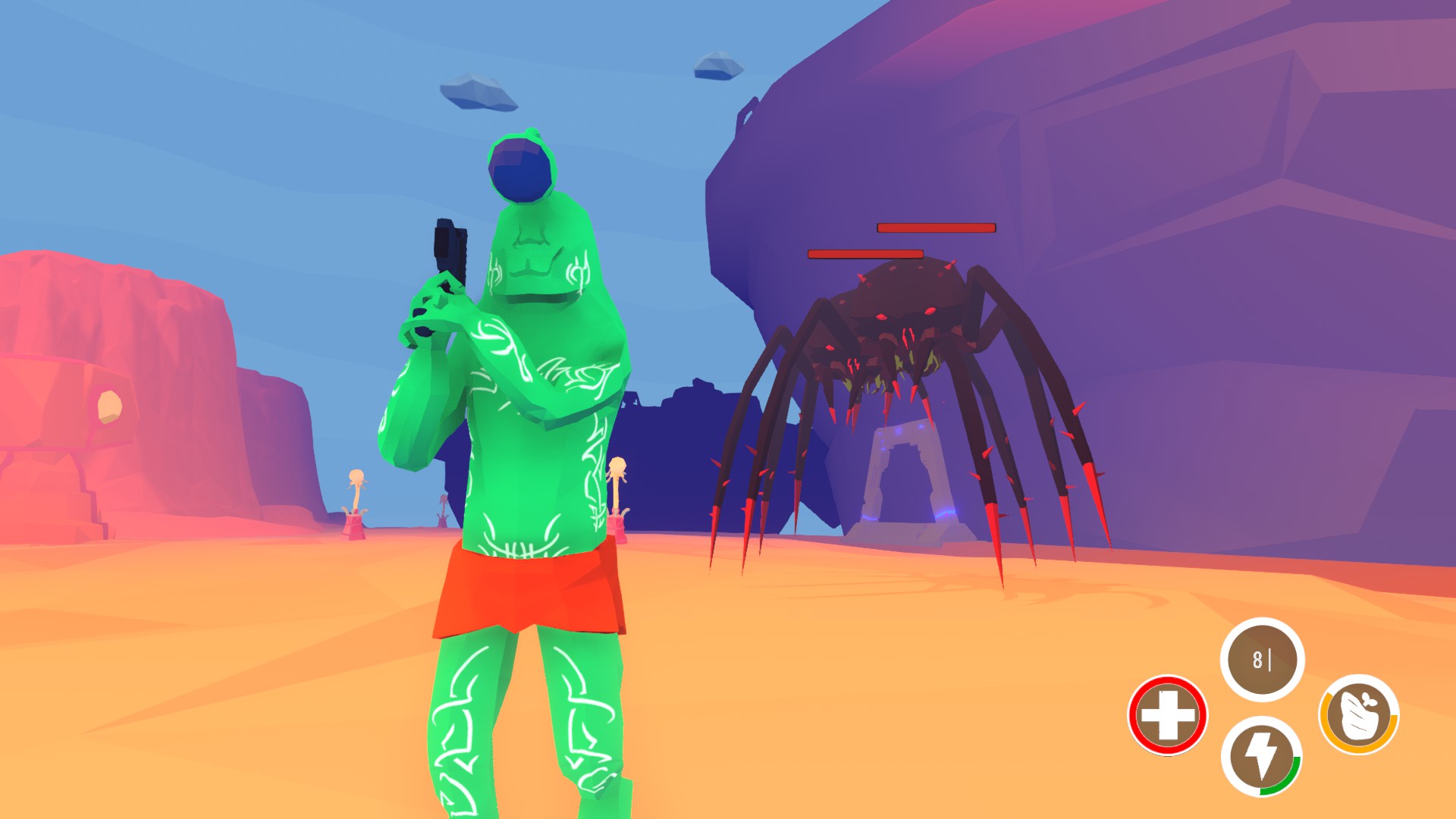 The truth, however, is far less engaging. What entertainment that might be hiding under the surface is smothered by unrefined mechanics, gameplay glitches, and otherwise unclear instructions. The only real blessing here was that it was short enough to experiencing everything in about 15 minutes, allowing me to thoroughly explore everything it had to offer in the same length of a prime-time TV show.

Normally, I like to start with the good aspects of a game. But Alien Life Simulator is so overwhelmed by problems that it might be better to save that for afterward.

The main issue, and core reason for how unenjoyable this game is, is the complete lack of understanding. The player is dropped into the world and given a few pop up tutorial instructions. Theyre told where to get food, how to make an item allowing for travel to other worlds, and how to activate your emotions. Thats it.

The user interface is terribly counterintuitive, making it difficult to understand what the player is even capable of. The existing functions, like what items exist in the world and what they craft into, is never mentioned. How does the emotion system work? Do they stack? Can they be improved? What am I supposed to even do with them? The combat aspect seems to be the focus of the game, but where's the "life simulator" part? There's no sleeping, no actual social interaction, nothing but running around and shooting monsters. Two thirds of the game's title remain essentially absent from the actual game.

What worlds contain, where the player should direct their attention to, whether theyre even doing something right or not, none of it is explained in any meaningful way. 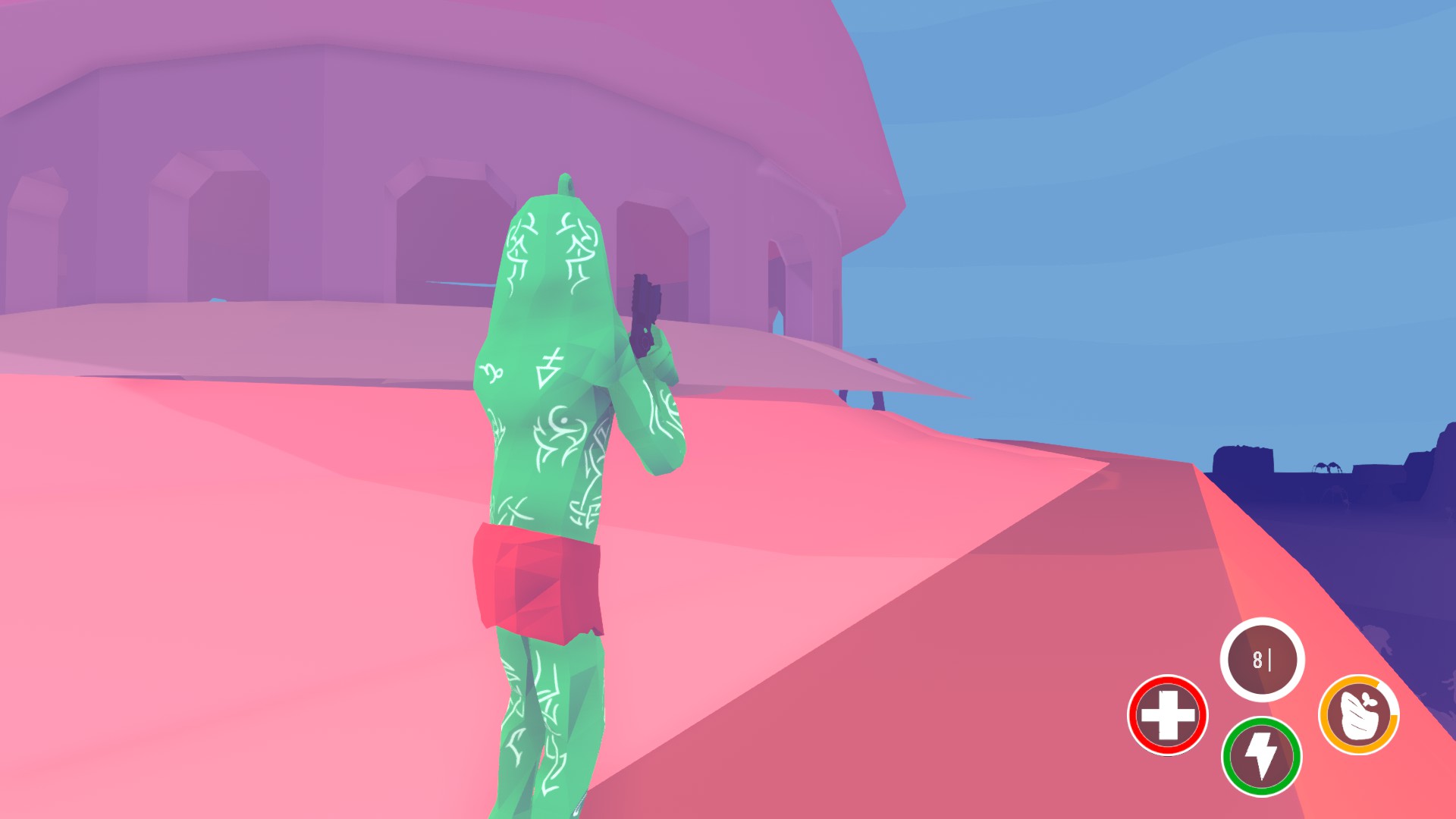 Thats assuming you even get to experience these features without any technical issues. In my first several attempts at the game, I couldnt activate any of the portals. I had the gate cracker item needed to activate them, they just didnt work. Even when they did, the return portal then didnt. I had more luck simply jumping off the edge and out of the game world so that I could respawn at whatever floating island I was aiming for.

After some messing around, I managed to find someone that cooks meat. Wonderful, I thought. I can cook the meat to be more beneficial, eat some, and deposit the rest into the food reserves (were told that it needs to stay full or the other aliens starve, but Im not terribly sure that actually happens or not). But lo and behold, cooked meat doesn't count. Only uncooked meat can be put into the reserve. 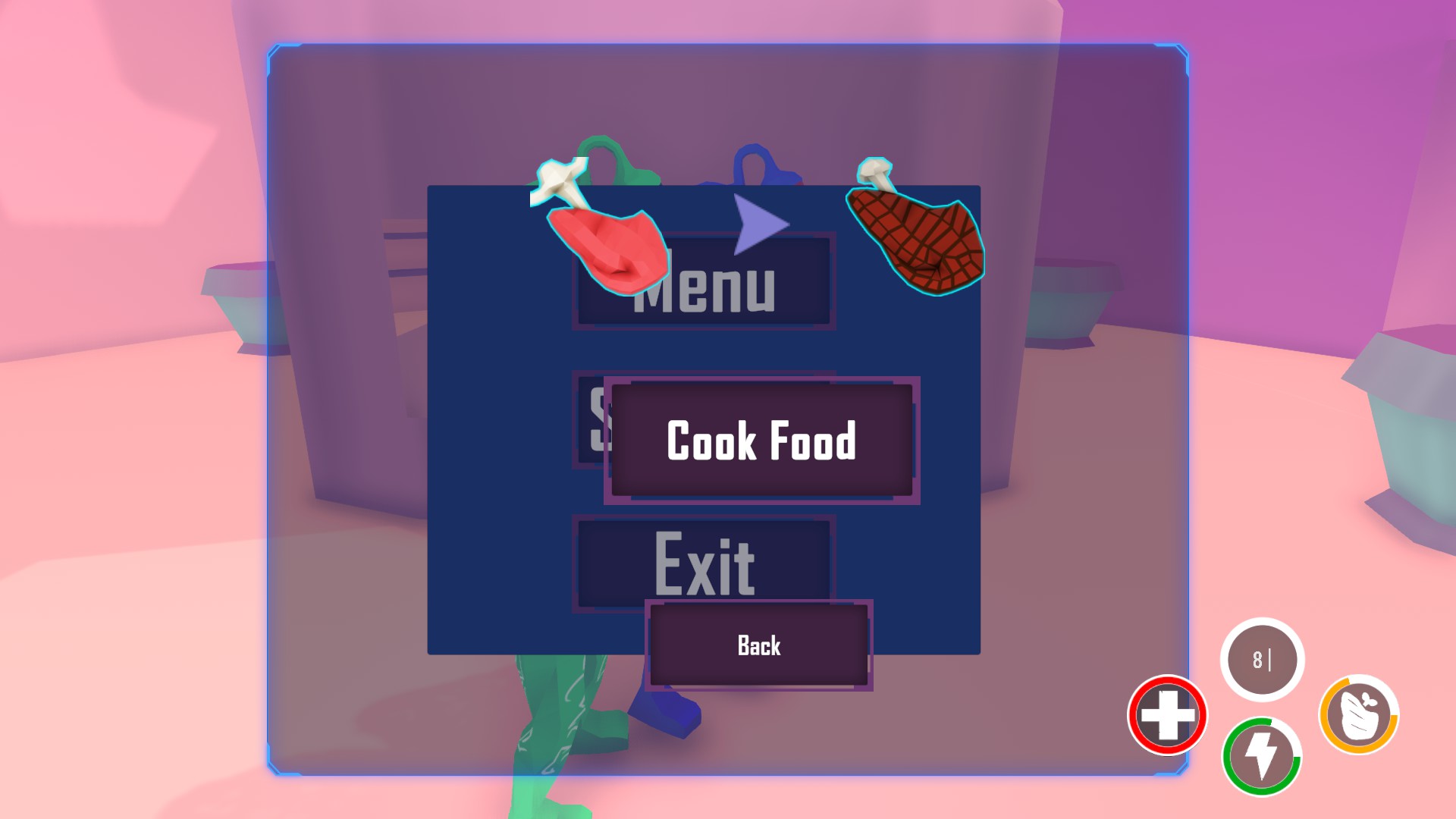 The list goes on. You start again at the main menu when you die. Items can have zero quantity in the inventory. Theres no map and no meaningful way to distinguish buildings or locations from each other. Alien Life Simulator is completely overwhelmed by incomplete ideas and unrefined functionality.

I must give it credit in one aspect. This game managed to introduce a moral quandary that I hadnt experienced before: Should I even criticize something this clearly incomplete? I take pride in being thorough and fair with my analysis of a game during reviews. This was the first time I agreed to review something so unfinished that it didnt feel right to critique. It had so much missing, so much left to do, that critiquing at this point felt emotionally similar to nitpicking someones sand pile before they even started forming it into a sand castle.

This isn't to say that Alien Life Simulator is entirely devoid of entertainment, just that it fails to meet the creativity it presents. The idea of a game where you simulate alien life sounds fascinating. Finding a balance between hunting and providing for the colony sounds fun. Embracing various emotional states to boost your stats and abilities is something we almost never see as a core game mechanic.

Its the fact that the game fails to meet any of these presented expectations that bring it down so hard. 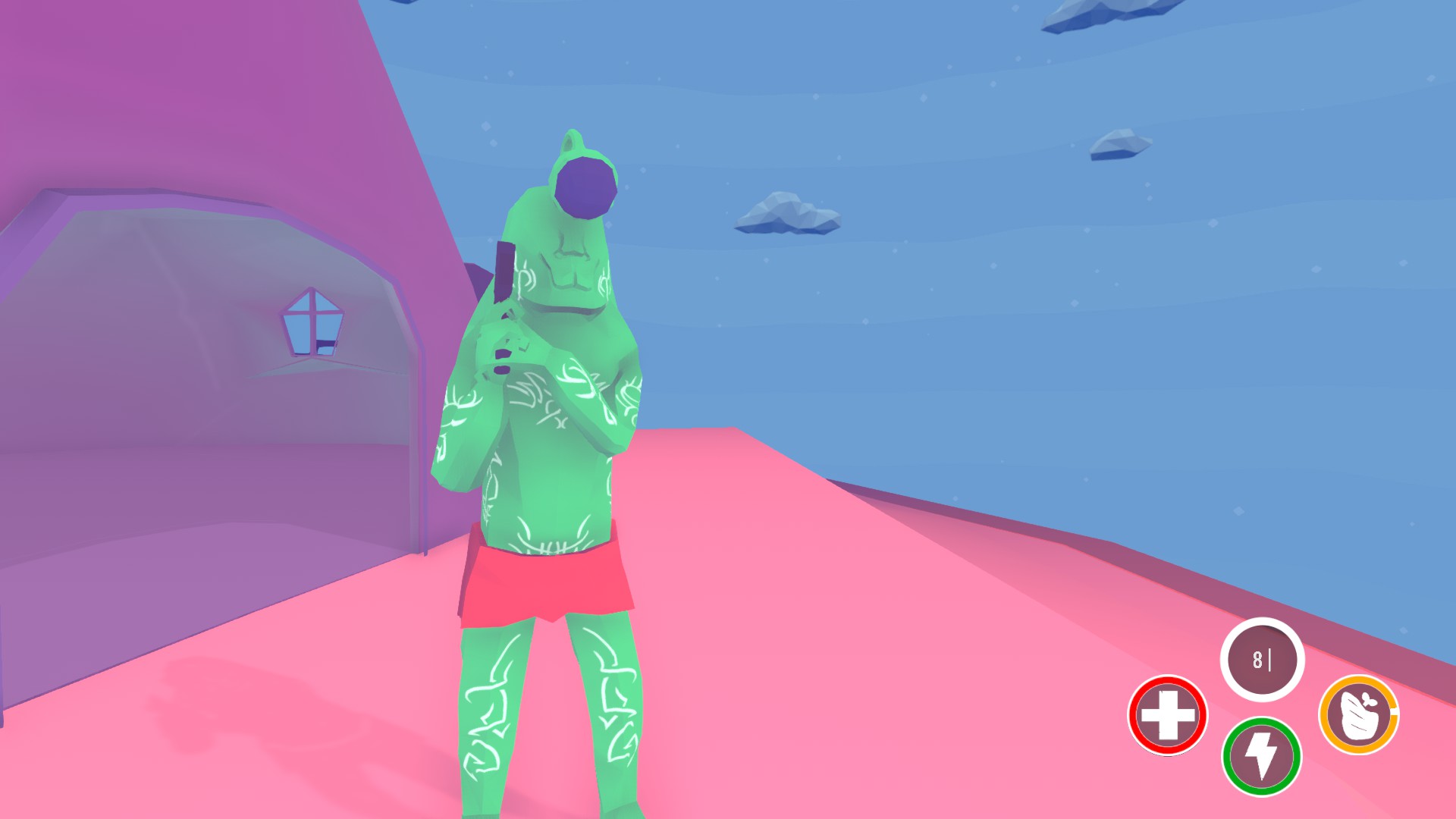 Alien Life Simulator is not a completed game, even by early access standards. What features and mechanics exist are implemented to the absolute minimum. Theres something there, but it needs a great deal of work (and even more polishing) before itll be enjoyable. As such, were rating the game as follows.

Theres an idea there, but nothing more. The game wasnt fun to play during what little bit there was available. Its by no means worth the current $25 price tag on Steam. Even if it was free, we wouldnt recommend playing this until vast improvements are made.

Alien Life Simulator can be found on Steam PC for $25. Its currently in early access, with a development roadmap planning for updates through to the end of 2021. A copy of the game was provided for the purpose of this review. Upon reaching a formal 1.0 release, we will revisit the title. Should the changes be meaningful enough, we will write a new review.