In my humble opinion.

So, between My Name is Pedro, Dragon’s Dogma, Cuphead, Watch Dogs, Beyond Good and Evil 2, Uncharted, Super Mario Brothers, Assassins’ Creed, Splinter Cell, Castlevania, Fallout, The Witcher, Halo, Brothers in Arms, The Last of us, Twisted Metal, Skull and Bones, Resident Evil, Child of Light, and others I have almost certainly forgotten, there looks to be a lot of video game based movies and TV shows waiting for us in the near to not-so-near future.

And it’s not hard to see why: even if COVID-19 wasn’t making streaming and stay-at-home entertainment the most profitable it’s been in decades, the general increasing ubiquity of video games – and the swelling number of money-flush people who play them – meant that a surge in video game based media was almost an inevitability. All the most famous books have been done and done again, and remaking movies is getting a bit old, so now’s pretty much the perfect time to start mining the world of video games with more passion and gusto than ever before.

And heck, ever since Prince of Persia turned out fine, Hollywood has more or less figured out how to make video game movies ‘work’. Some work better than others, but we’ve gotten well past the point where we could assume any video game adaption of a movie is going to be bad by default.

But while there are some genuinely exciting IPs on that list up above – I think we can all agree that Dragon’s Dogma is by far the most interesting – I’m of the opinion it’s not a complete enough list. Which is to say, this week we’ll be talking a break from all the doom and gloom and talk about all the good franchises that should be getting TV shows as well.

And hey, speaking of Doom…

A Doom TV show makes a lot of sense on paper, until you actually think about it. It’s a very popular franchise with a lot of name recognition and a pretty compelling premise: hell demons are everywhere and one dude doesn’t like that at all. So you have your basic narrative structure and you have your opportunities for thrilling, gore-splattered combat, but then you remember that while a good fight scene can make or break an action movie, Doom is pretty much non-stop action and gore. Moving that to a non-interactive medium does not translate well. The two Doom movies we’ve had so far kind of illustrate that point: Doom doesn’t fit a traditional three-act structure very well and the actual lore behind all of the games is spotty at best.

And let’s face it, we’d all get a little tired of twelve 24 minute episodes of just the doom guy ripping through demons.

So if you can’t have non-stop action and you don’t have a good narrative or lore to fall back on, why is Doom on this list? Because I think Doom has great potential as a sort of gamer-focused Midnight Gospel sort of show. That is to say, use Doom Guy and his endless war on demons and the forces of hell as a backdrop for something more meditative and thoughtful. After all, part of the appeal of Doom is that you sort of enter this blood-soaked rhythm as you play and get lost in the carnage, and while a TV show cannot emulate the raw, visceral satisfaction of allowing you to tear through an army of evil demons, it can better tap into the calm, the focus, and the serenity that those in-game moments sometime promote.

It’d be bold, it’d be different, and it’d be interesting. I’d like to see how it’d pan out. 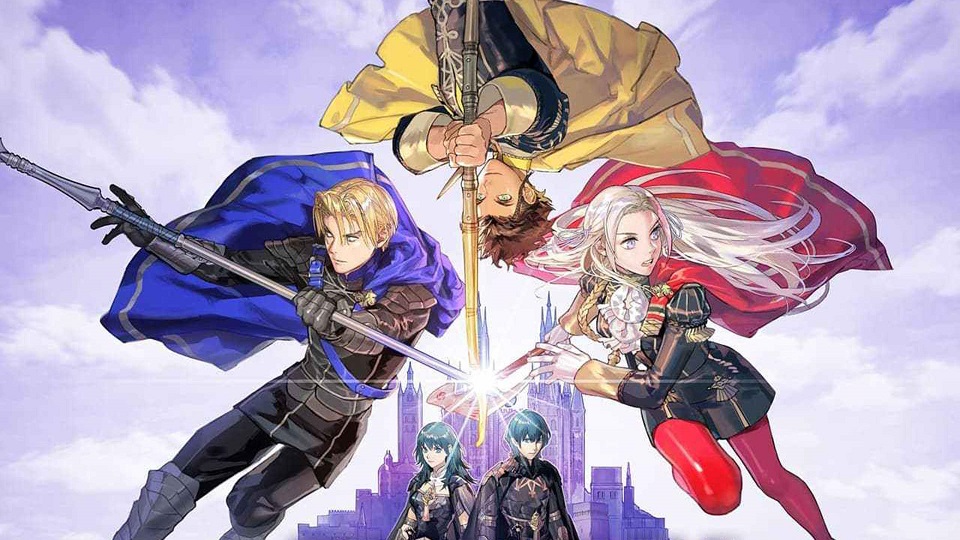 I think every time a journalist or pendant makes one of these lists, the Legend of Zelda shows up in some form or another.

The innate appeal of a Legend of Zelda show is obvious: take Game of Thrones, scale it back to a PG-13, and explore Hyrule through the lenses of dozens of its inhabitants, dabbling in political intrigue, inter-racial conflict, and of course, the mysterious Hero who’s supposed to rise up to beat back the evil that threatens them all.

And yes, I agree that sounds really cool, but I also think that most people who say that don't remember that Nintendo already has a long-standing franchise that operates pretty much exactly like a PG-13 Game of Thrones that’s probably even better suited to a TV adaption than the Legend of Zelda: Fire Emblem.

I’ll grant you, the characters and locations of Fire Emblem isn’t nearly as iconic as Hyrule, Zelda, Link, and Ganon. But it’s one of the few series Nintendo is responsible for where the big N actually seems to put story and plot center-stage. Hyrule, even in its most detailed incarnations, has always had a level of depth that was more implied than actually explored. I get the feeling Nintendo cares about The Legend of Zelda’s world, enough to add nods and allusions, but not to the degree that fans do – which is why they seem so flippant when it comes to things like timelines.

Compare that to, say, Fire Emblem: Three Houses, where the different families, factions, and states are in a state of living flux and conflict. Three Houses might be PG-13 through and through, but the world is fully realized, reactionary, and comes with countless different pieces being moved by different people with incompatible agendas. It’s exactly what you’d want from a PG-13 Zelda series, just with none of the green tunics and magic triangles. 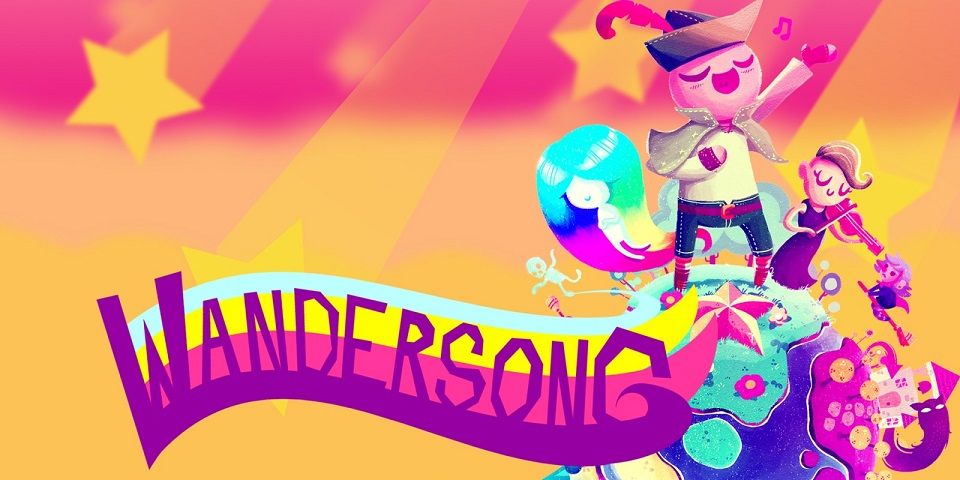 In case you forgot, Wandersong is a 2018 indie game from Greg Lobanov about a loveable pacifist goof and his grouchy witch friend who try to find a song that can save his world from utter annihilation. It’s colorful, it’s cheerful, it’s able to tackle serious subjects with a smile, and it’s the perfect kind of game for a cartoon treatment.

Now, one would think this wholesome adventure might make a good children’s cartoon, but that’s where I disagree: Wandersong is ultimately a mature game with mature themes in a childish aesthetic, and there’s no reason to deviate from that for a cartoon. I’m firmly of the belief that it’s possible to be both adult and wholesome, and Wandersong could be the perfect fusion of those two, all as a backdrop to a musical sing-a-long set in a fanciful world akin to Adventure Time and Final Space.

And yes, the show would be a sing-a-long. That’s the most important part. Every episode should have at least one musical number, with a bouncing dot and subtitles so you can sing along. I dare you to tell me that doesn’t sound like a great time.

I’ll lead this by saying I never actually played Disco Elysium. Which you think would preclude me from arguing this game’s worth as a potential TV show, but the things I’ve heard about this game through second and third had accounts is more than enough to convince me there’s real merit to the premise. Specifically, while I cannot comment on the plot of the game and how it would translate to the small screen, I can say that the mechanics of Disco Elysium might be enough to carry it. Especially if, say, we borrow from the Episode of Black Mirror and give people the option to pick… what the main character wears.

Remember, a big premise of the game is that your “stats” are determined by both leveling up and by the clothing you’re wearing. So having a show where you determine not what the main character does, but rather how he approaches it. Not only would that give you a reason to re-watch every episode, it would complement an episodic format because despite what approach the viewer picks, you’ll ultimately end up at the same destination. 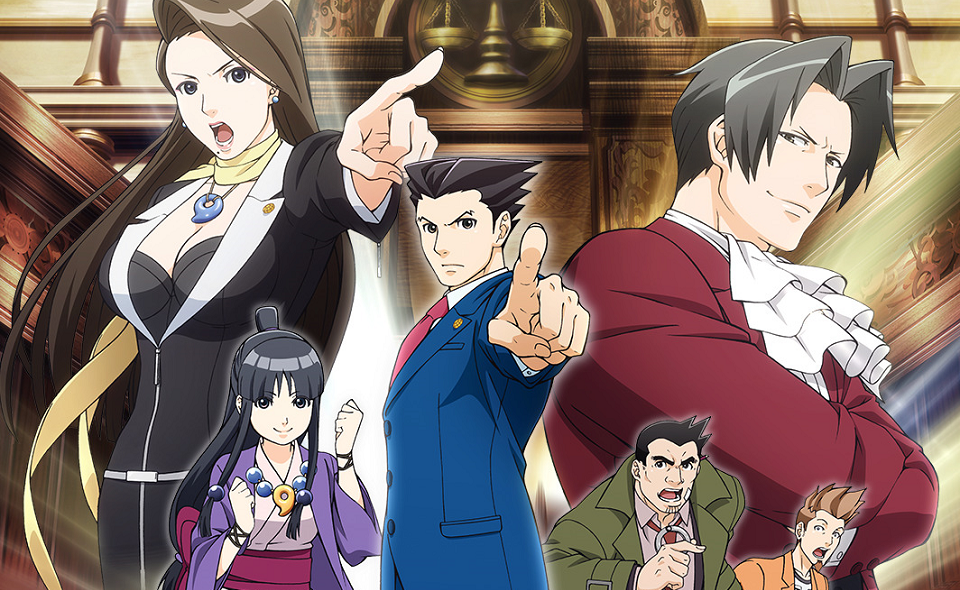 I know there was already a Pheonix Wright anime, and a Pheonix Wright live-action movie. But I’m less interested in the actual plot of the Pheonix Wrights games as I am in the world where they take place: where people with funny hair point and scream at each other while throwing evidence back and forth in an effort to both defend or accuse their clients, and in the process, discover the real killers.

So basically I want a Law and Order or a CSI, but instead of serious dudes and ladies seriously solving crime, I want colorful, psychotic goofballs to solve ridiculous crimes in the most impractical manner possible. There’s nothing about that premise I don’t find enjoyable and I think with the right staff on board, It could be a really long-lasting series. Plus, there’s just enough sincerity and genuine drama in the games that, if perfectly balanced, it could be some of the most compelling TV on the air.

Now, what are the odds any of these will actually be made? Pretty slim. But it’s was a lot more fun to write than the stuff I’ve been writing lately, so, deal with it.